No, it’s not a photoshop. Not so much as a pixel tweaked. This is real. In 1987 Porsche looked at the lacklustre sales of the 928 and wondered what could be done. The original brief in the early Seventies, as you probably know, was to build a large and luxurious GT car, and so you can follow Teutonic logic in stretching the 928 Coupe to create this shooting brake. We love it. 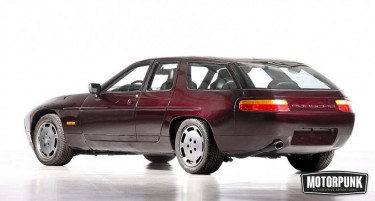 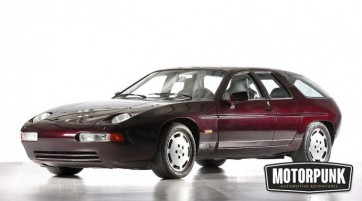 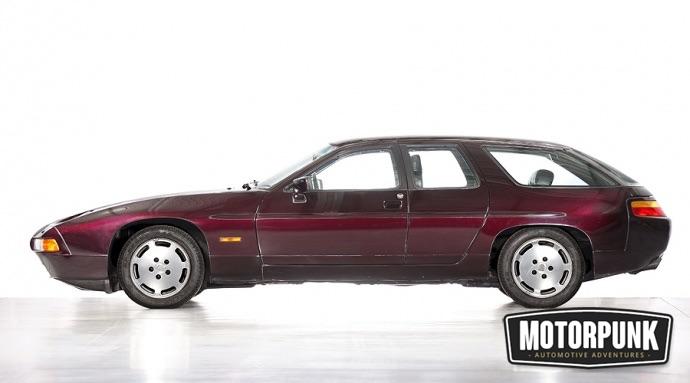 Porsche built just two prototypes, code named H50. They had a 320BHP 5 litre V8 and a pair of small RX-8 like suicide doors at the back. One had a conventional estate door, the other a big hatchback. Off it went for testing. 5000 miles later it came back with Engineers complaining “it is a bit twisty in the middle”. But in German. And with some numbers to back it up. And so the 928 saloon was put on top of a wardrobe and forgotten about until a few years ago, when Porsche was having more thoughts about four doors and gave us it’s son; The Panamera. 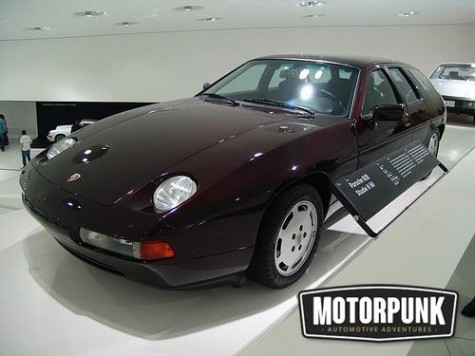 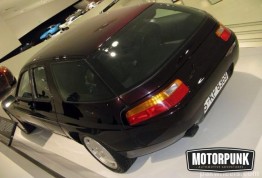 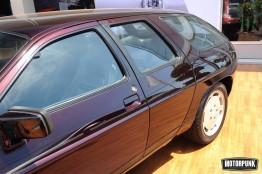 I’d love to reverse engineer a Panamera into a chopped two door and make a modern 928 out of it. Any of you MotorPunks handy with Photoshop?