It’s funny. Whenever I go to France I often get the horrible feeling that, as an Englishman, I’m as welcome as a hog roast at a Bar mitzvah. I don’t speak French, pardon, and I’m sure that doesn’t help. And France has such a strong automotive history that finding a rather French car tarted-up as a classic fictional English book character to chase sales is something of a surprise. Here’s the Talbot Horizon Sherlock of 1984; 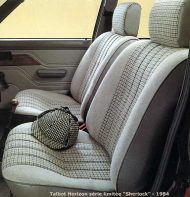 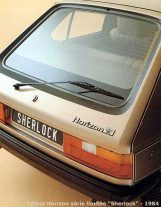 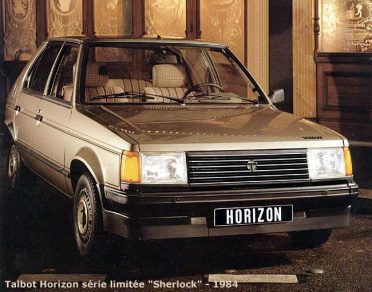 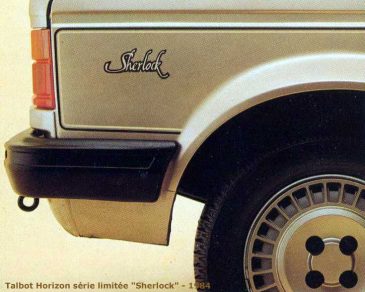 Just look at the two and eight of it. It’s a boggo 1.1 litre 59bhp carb-fed hatchback with 13” wheels and a bit of tartan trim. And a Sherlock logo. What is this image supposed to convey to fellow motorists on the periphique? Here’s a fictitious driver that can solve crimes a century ago in another country? Yeah, I probably spelled periphique wrong, soz, Pierre. Look at the bloody deerstalker on the seat in the pic. What were they thinking? The Talbot Horizon Sherlock came only in brown and offered “baguette latérale de protection”, whatever that might be. Sounds very French to me. I love oddities like this, it was a miserable spec and even a Philips radio (no cassette) with buttons marked Po and Go wouldn’t get Holmes excited. No shit.