In 1978 I had just started at primary school. The same year, Mario Andretti won the F1 championship in a Lotus and, for reasons lost in time, I was gifted a black bodywarmer with the gold JPS logo on by someone. I didn’t smoke (I was just six years old) but a couple of my classmates from the rough end of town did, and I suspect it was one of those who nicked the garment that was my first introduction to Lotus. I then owned a Corgi model of Bond’s Esprit although my little sister ate the orange rockets. It took some years before I finally collected my very first Lotus car, pictured here. Russ and Barbara had enjoyed it on sunny weekends in the Cotswolds and had decided the car needed to be owned by someone who might use it a bit more than they were. I promised to take good care of it. I cannot thank them enough for the kind and hospitable way they handled the sale, they clearly went to a better school than wot I did.

And so, the car; It is a gunmetal grey S2 Elise with the factory fitted Sport 135 upgrade. It is exactly the car I always wanted. It has just 19k miles on the clock and had been serviced on the button. It has had the Cambelt done on time, not mileage, so the A-B-A-C-I-DUNNO schedule is a bit confusing and I’ve a bit of a conundrum to work out when it will next need a spannering. I’m not enough of a Lotus geek (yet) to know if the footrest, driving lamps and two extra speakers mean it’s a touring spec car, it lacks the sound insulation I believe was included in that package. Russ threw in a good car cover and a Lotus branded bolster cushion for those who, like my girlfriend, don’t quite sit upright enough in those leather-trimmed seats. The position, for me, is perfect and I’ve already covered more miles in a month of ownership than this car previously averaged in a year.

The driving experience is quite unlike that of my previous performance cars, namely an Alfa Romeo GTV V6 and a Porsche 968 Sport, and in another galaxy to the other car the Elise now shares space with; my 1972 Fiat 500. The Elise is a car that needs working. The short gearing, direct steering and lovely brakes mean that it is utterly engaging without being tiresome. Yes, it’s noisy and the roof is a bit of a faff, but it feels very much like a junior supercar to me. And just look at it! I hope the pictures taken on Leicester’s graffiti trail add some colour to this report. I picked grey because, frankly, I’d rather drive a car than detail it and it’s a very forgiving shade for stonechips. But that’s not to say I won’t look after this car. I promised Russ, after all. I’ll keep an eye on the coolant in particular (the radiator, like everything else, is original) and if/when the clams come off the heater matrix and other fragile bits buried within will be upgraded, too. Thinking about it, I’m probably going to add a tracker in case the oik who took my bodywarmer has progressed to bigger things since our schooldays. 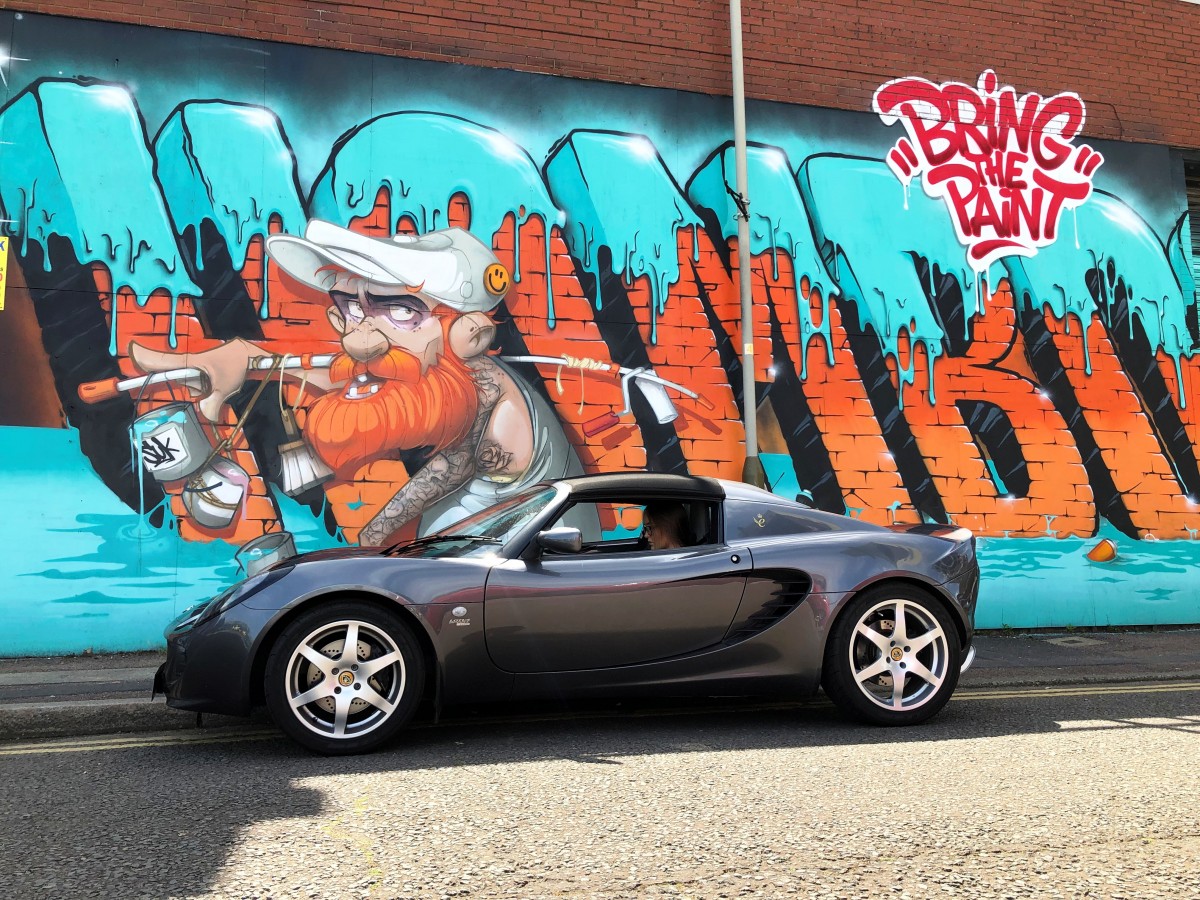 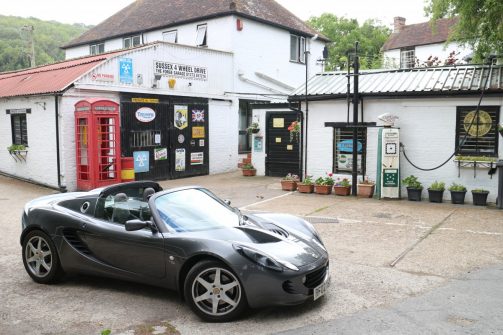 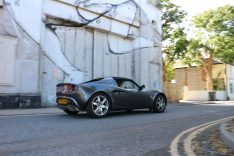 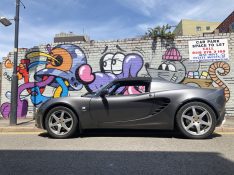 If you like this sort of thing, please pop over to Absolute Lotus, a brilliant magazine from our friends at Performance Publishing. Buy direct and support a little business doing big things in the automotive world.