En vogue long before Range Rover made a ‘Vogue’, the Monteverdi Safari was one of the earliest luxury off roaders.  The exotic name added mystique to a humble, International Scout 4×4, dressed in Italian styling house metal, complemented by a boudoir interior and a boutique price tag. If you could afford such a high end confection you needed to go to see Peter Monteverdi, a maverick racer, car designer, and businessman, who proved there was more to Switzerland than fine chocolate, expert timekeeping, and impenetrable bank vaults stuffed with Nazi gold.

Peter Monteverdi grew up with a passion for cars. His father ran a large repair centre based in Binningen, just outside of Basel. Peter proved to be a talented racer in hill climbs and junior formulae, racing his own design MBM cars. He fancied a crack at Formula 1 and tried to buy a Porsche RSK engine to power his challenger, but the suits in Stuttgart were not having any of it. Undeterred, Peter bought a complete RSK, pulled the engine, tweaked it and put it in his race car. He qualified in last place for the 1961 Solitude GP but only survived two laps before the engine gave up.

He turned his attention to building the family business into the premier luxury and sporting cars dealership in Switzerland. Things were going nicely until Enzo demanded full payment in advance for 100 Ferraris. In the spirit of a certain Italian tractor manufacturer, a furious Monteverdi decided to launch his own brand of upmarket and exclusive cars.

Step back in time to the late sixties, when ‘hybrid cars’ meant something far more exciting than it does today. This was the era of the continent crushing GT cars. US-Euro hybrids featuring American V8 power mated to a European chassis. Dressed to thrill in styling house haute couture, and swaddled in acres of finest quality cowhide, the GT was exclusive, fast, luxury motoring for the Jet Set.

Monteverdi introduced his High Speed range in 1968, initially using Frua for the coachwork but soon turning to Fissore who paid him back with perhaps one of the finest styling efforts ever, the brutishly handsome 375s 2+2. Underneath its subtly menacing skin was a 440 Chrysler big block Hemi V8 powering a European chassis to over 150 mph and 11mpg. Only the discerning one percent needed to apply: A Monteverdi cost the same as four E-types or two 911s. 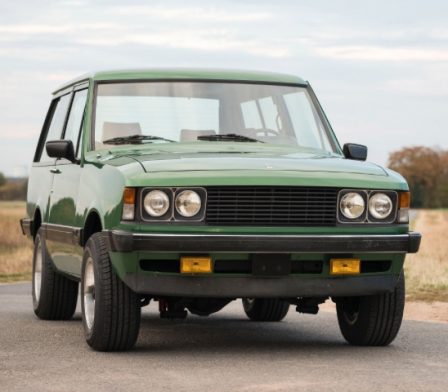 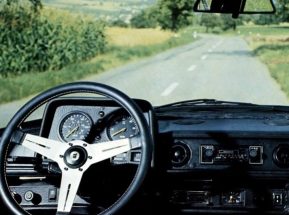 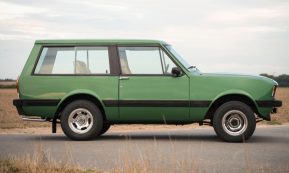 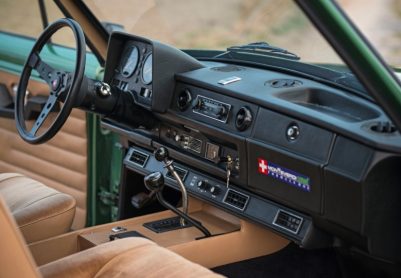 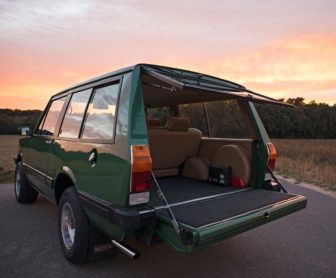 The price tag and ensuing oil crisis kept production numbers in boutique territory and Peter cast around to bring something else to market. In the US, Chevy and Jeep were making luxury 4x4s. With a sharp eye for the wants and needs of his wealthy clientele, Peter saw a business opportunity.

Following the successful Euro –US hybrid pattern, the Monterverdi Safari, utilised a proven US drive train and engine in the practical but dumpy shape of the International Scout. Fissore again conducted the tailoring, creating a raked, slim pillared two door body incorporating a large glass area, and a European face with quad lights and clean grille that suggested Italia. Peugeot tailights and a split folding tail gate gave it a Gallic flavoured Range Rover arse. In spite of some carried over Scout switchgear, interiors were suitably luxurious with the choice of leather or velour trim – or both if you wallet or heart desired. A range of V8 engines were on offer from 5,2 to 5.7 litres but the daddy of them all was the 7 litre Chrysler 440. Only seven Safaris were produced in this specification. Monteverdi had produced a luxury 4×4 with exclusivity ensured, perfect for transporting the kinder from finishing school to Verbier, or for oil rich sheiks to employ as a bespoke falconry mount.

The last Safari was made in 1982, the same year the management in Solihull finally got round to adding four doors to their classic 4×4 –  some four years after Monteverdi started a nice little earner, converting the two door Range Rover to a luxury leather clad four door model (rebadged as a Monteverdi). Monteverdi cars went south in 1984, the cars becoming part of the Monteverdi museum now relocated in the Swiss Museum of Transport. 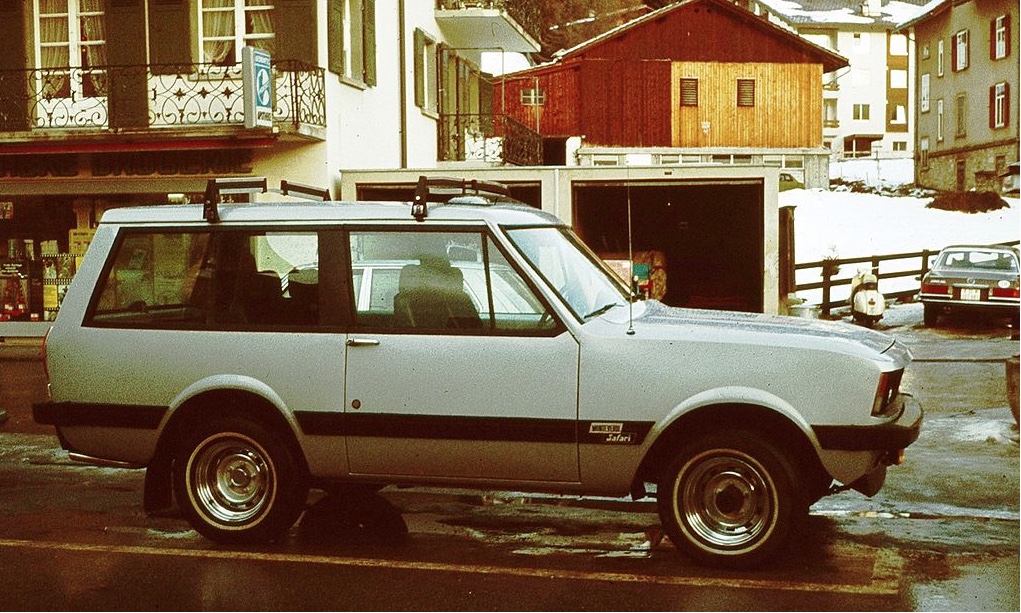 In 1990 Monteverdi turned back to Formula 1, this time as part team owner of Monteverdi- Onyx, an ill starred venture that struggled to qualify for ten races before the cash dried up. There was an alluring race prototype, the Hai, in the early nineties before Peter Monteverdi succumbed to cancer.

Today a Monteverdi Safari remains a rare and exclusive thing. In the UK it’s something of a Unicorn. Its retro cool 4×4 looks make it a quirky and classy, if agricultural, ride. Close up there’s some questionable period choices in the detail; spacers on the door handles, and seventies plastics might make your mates turn pink with mirth as opposed to green with envy. Recent prices for a restored example start around the 50K mark, (or 10000 large Toblerones). The super rare 7 litre big block comes at a premium.

There is another way into ownership. In Alberta, Canada, Stephen Newstead has pulled off a salvage yard coup, rescuing a dilapidated Safari from a field of crusty classics. The state of the rot to that Fissore hand built body should be enough to put off all but the wealthiest punter. The floor pans are history, the sills non existent. The doors are sagging, the side strips are held on with woodscrews and there’s grot in every panel. It does however run and drive, with plenty of Monteverdi branded trim and interior to make this a restoration must. It’s a great project, an off roader for seventies GT man that can turn heads from the usual Ferrari suspects at Cars and Coffee. Peter Monteverdi would be delighted. 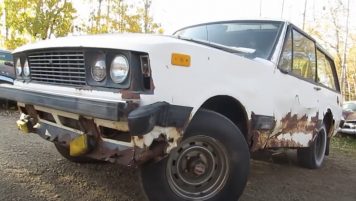 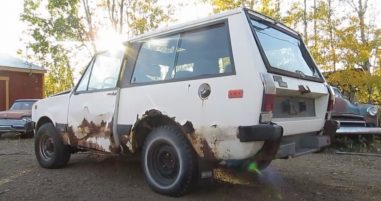