What do you do when your camera car hasn’t got the poke to keep up with its subject? The answer, as all Lotus disciples will tell you, is to start adding lightness.

Based in Mainz-Kostheim on the banks of the Rhine in western Germany, the young automotive filmmakers at Sixtyseven Pictures were increasingly faced with the problem of keeping up with their subject matter, as their gritty production style began to court a growing number of prestigious clientele including Porsche, Lamborghini and the tuning eggheads at AMG. Without the funds to buy their own supercar, and invariably wreck its bodywork with various filming rigs and whatnots, they decided to crack out the spanners and build their own.

Painted matte black, to reduce glare and reflection, their Caterham-based ‘Super67’ is a mean-looking bugger, resembling some sort of Mad Max siege weapon. Under its lightweight bodywork sits a remapped Honda CBR1000 engine, mated to a sequential gearbox and a Quaife LSD, which produces about 180 BHP thanks to its titanium exhaust system and custom air box. Every scrap of surplus weight has been trimmed from the already spartan kit car’s interior, and replaced with carbon fibre where necessary. Weighing in at just 480 Kg (1058 lbs) the camera car has better power-to-weight than a 911 Turbo S, meaning it can do the ‘0-62 thing’ in just 3.5 seconds. The only concession to passenger comfort is a full windscreen rather than aeroscreens, which keeps the insects and gravel out the cameraman’s teeth and is somewhere to mount the numerous monitors and gizmos amid the coffin-like cockpit. 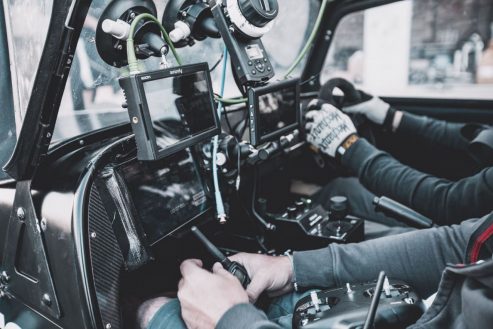 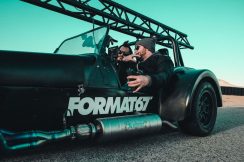 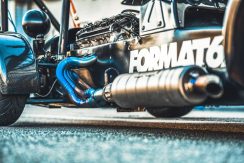 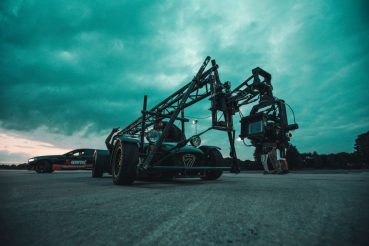 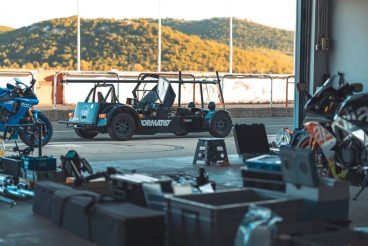 Recently, the Super67 has been spotted on the set of No Time to Die filming some nighttime car chases. However, that spy footage has mysteriously disappeared from the net – we suspect that’s Q’s doing – and, unsurprisingly, the German film company has remained tight-lipped about their collaboration with James Bond’s people. If you can’t wait until that film’s release this spring, and you really want to see what this camera car is capable of, then check out Sixtyseven Picture’s Tribute to Superbikes on Vimeo. This short film, made for the Slovenian exhaust gurus, Akrapovič, sees the Super67 chase down a pack of the world’s fastest motorcycles, including the glorious-sounding Ducati 1299 Panigale. Germany’s automotive-focused production companies usually favour big sporty SUVs, like the Cayenne Turbo or Audi SQ7, as tracking vehicles. But when it comes to the twisty stuff, no camera car on the planet can keep up with its quarry like this sprightly British lightweight. 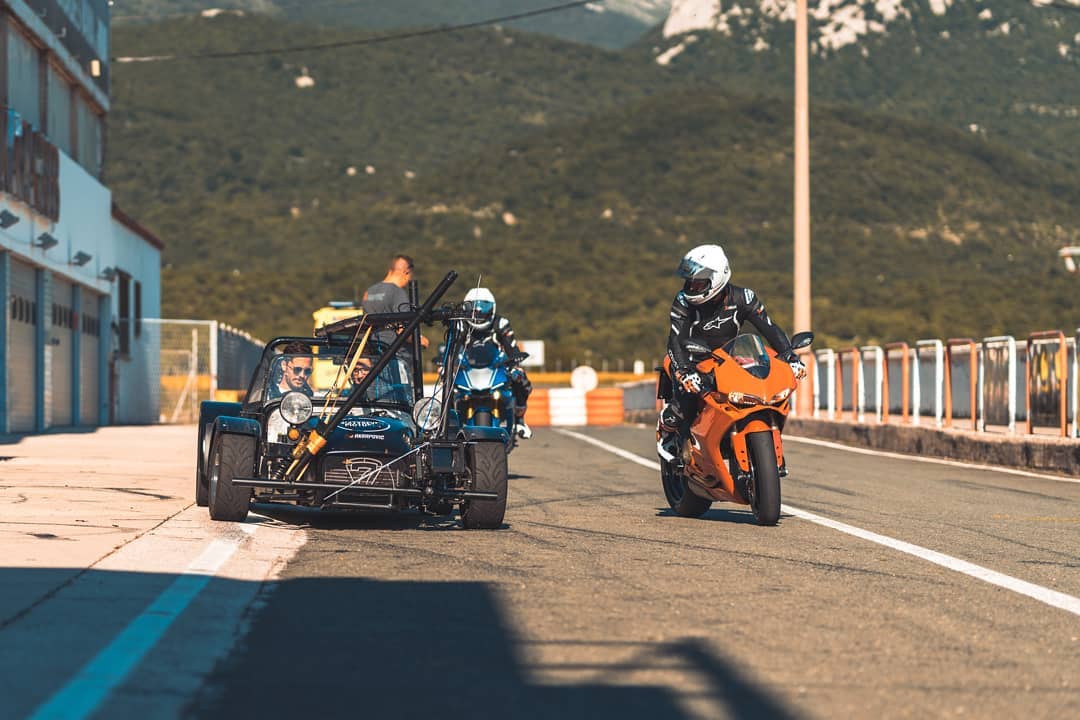