I once read that you are more likely to be killed by your own trousers than win the Lottery jackpot. Now that might well be true, but come Saturday evening it doesn’t stop my pals and I daydreaming about how we’d fill our fantasy ’10 Car Garage’ should our balls drop fortuitously. It’s harmless fun isn’t it?

I don’t actually ‘buy’ a ticket myself of course; I just hope a close relative has bothered to. And I also appreciate that the Lottery is actually, nothing more than, glorified state sponsored gambling that’s managed by a privileged minority which panders to the hopeless aspiration of societies downtrodden, disadvantage and plain ruddy feckless … but, if they do come up then this is what I am ‘avin.

Ladies and Gentlemen it is my genuine pleasure to announce the arrival of the Porsche 993 Turbo into the VIP wing of MotorPunk’s CarClub 18-30. And before any uber-geeks write in to say that the 993 actually appeared on Blighty’s back roads in 1995, in my fantasy it’s a Guards Red Targa top with a black leather interior which wouldn’t have appeared for another year, OK?

Eighteen years ago the svelte air-cooled 993 Turbo came with a 3.6-litre flat-6 producing 402bhp and topping out at around 190mph. Now those kind of figures are still in supercar territory by todays standards; back in 1996 it made car nuts’ hair tingle. To try and stop all those ‘90s merchant bankers flying backwards into the nearest wine bar window Porsche even fitted a version of the Paris-Dakar winning 959’s all-wheel drive system to help put down the power in the twisties. They also had huge rear wings and obese rear tyres to keep it shiny side up – these things all helped … a bit. 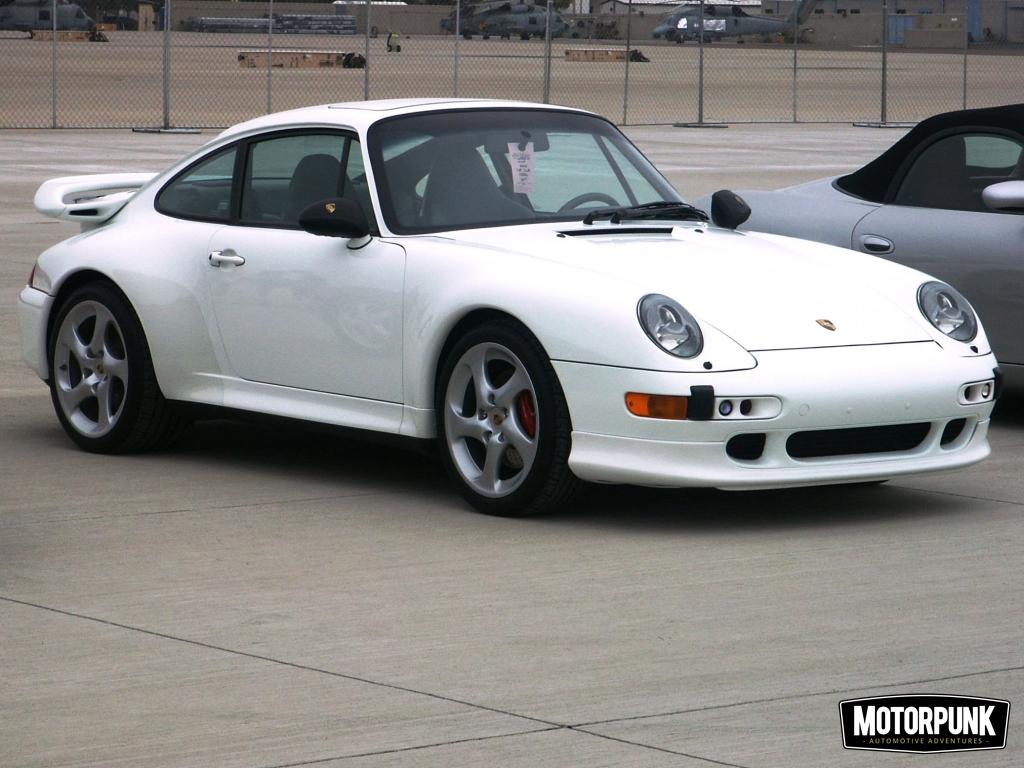 Jerry Seinfeld is a huge Porsche fanatic and has owned a few 993s over the years. Now here’s a man that can afford the very best examples; his last 1997 mariner blue Turbo was recently sold for $250,000. There’s also some youth called Harry Stiles (possibly a footballer) who’s just got himself a lovely black example, so my car-savvy niece tells me. Now a bit of Googling on that young chap’s car history reveals that he simply abandoned his last classic, a 1980’s Ford Capri, in an underground car park after he became a mega-celeb. Personally, I never liked the Capri – I love the 993 Turbo. I think I like this Mr. Stiles. We might even go and watch one of his soccer match games.

PS – You can join the debate on this 993 on FaceBook here.