1979 was an otherwise unremarkable year for car design. European car of the year was the Chrysler Horizon, a car so dull we had to google to remember what it was. Fortunately, to offset such motoring tedium, Giorgetto Giugiaro’s gave us the super-futuristic ‘Asso di Fiori‘ concept. It’s a very MotorPunk ‘car club 18-30’ kind of car. Here’s the story; 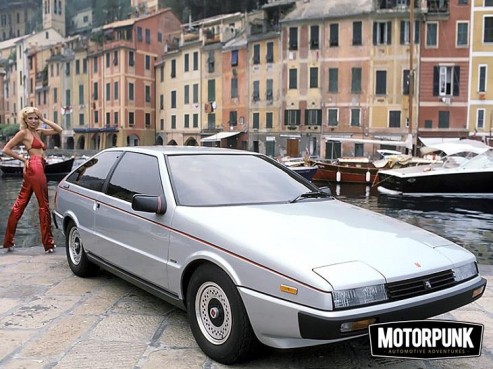 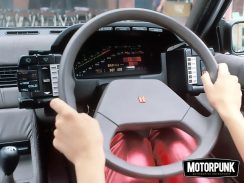 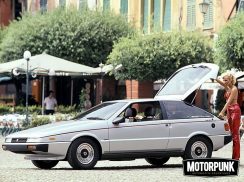 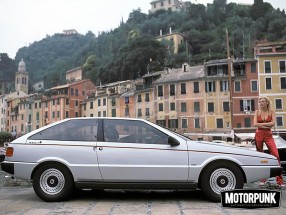 Underneath is GM’s T platform (that means Vauxhall Chevette to us Brits) but the styling was fresh from Giugiaro’s desk at Italdesign. Check the flush fitting windows, hidden handles and lack of rain channels. Isuzu loved this ‘Ace of Clubs’ concept and took just 48 hours to rubber stamp it for production. It first appeared in the UK in 1985, with 535 examples being imported, but despite it’s striking styling the importer ran into financial bother after a year and all the cars sat in the docks while financial types haggled over ownership. Eventually they were bought for £7000 each and sold via Mercedes dealerships for £9995. All very interesting but you’d like another pic of the blonde? OK then; 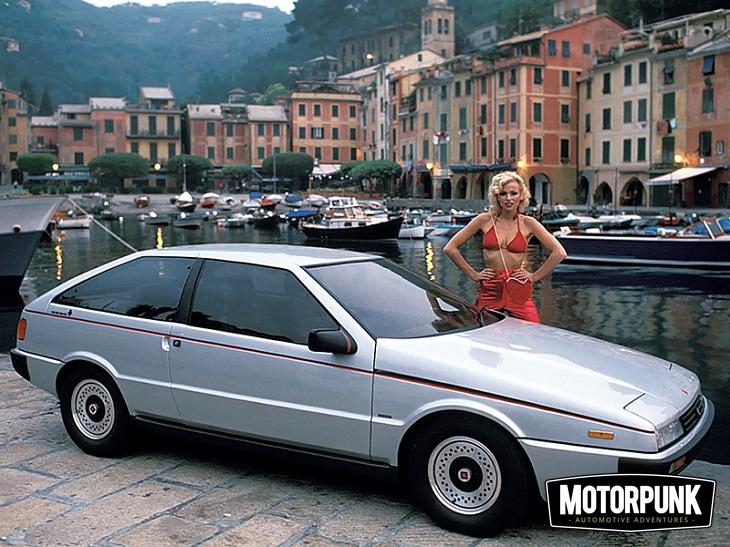 Anyway – another company saw the potential for the Piazza (as it is called here) and did a deal to have cars imported and re-engineered by Lotus. All models came with a 2 litre 147BHP 4 cylinder turbocharged engine but these later cars had modifications by Lotus, who sorted the antiquated handling out (Chevette gubbins, remember), added a few other tweaks and offered a LSD. These are the cars to have today. And so we go from photos of Blondes in Portofino to a chap called Luke in Chesterfield, who owns this example;

The bodywork lines are lovely, aren’t they? Consider that Giugiaro also did the Scirocco around the same time, it’s another favourite of ours, but the Piazza Turbo wins by a nose (and those headlamp eyebrows). 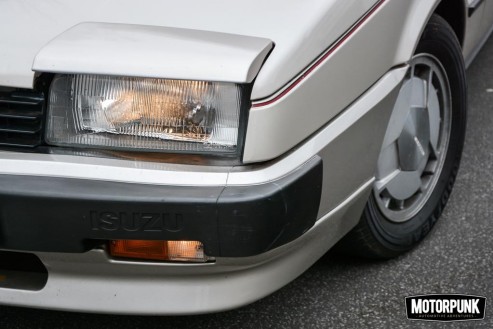 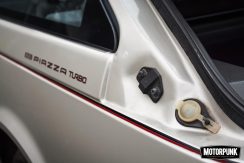 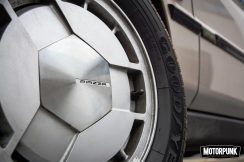 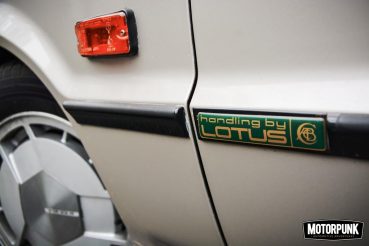 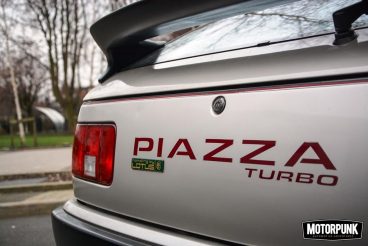 Inside is equally striking. The Lotus cars all had  tweedy trim, wearing well despite the years. The ‘Ace of Clubs’ name relates to the boxy instrument binnacle which, today, is retro cool beyond words. Check the icons for the buttons. The air vent lifts out of the dash, too, and we love the retro tape deck. 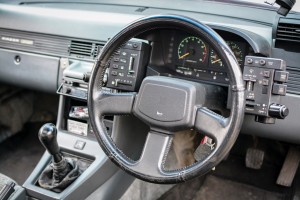 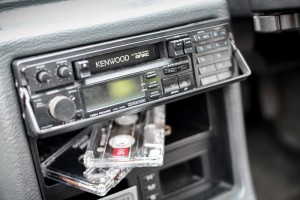 Back then, though, buyers didn’t like the fussy controls much and the Piazza never sold in big numbers, sales coming to an end in 1990. Around 1600 were imported but, sadly, only about 40 survive today. When was the last time you saw one? The second generation Piazza never went on sale here and as it’s FWD and a bit ugly, we’re not overly fussed. This is the model to have. 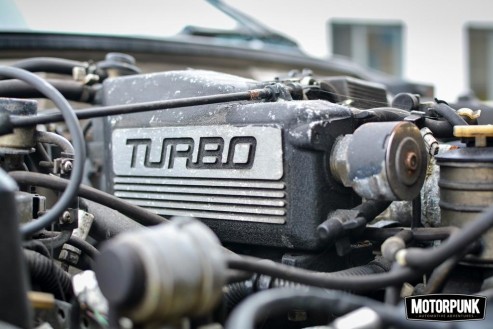 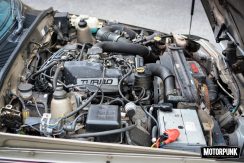 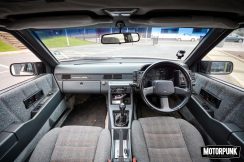 Luke has owned this for a year and it’s in good shape, a bit of welding and a fan belt were needed, and it might want some engine work at some stage but it drives as nicely as you’d expect with Lotus credentials. You want some numbers? 0-60mph in c.8.3 seconds and 128mph top speed. Quick enough, but it’s the RWD and handling that sets this apart and the fantastic styling looks even better today than it did in ’79.

The Isuzu Piazza Turbo is a very ‘MotorPunk’ kind of car and instantly qualifies for our ‘car club 18-30’. This is (for those who don’t already know) a club for cars that were designed (or were in production) between 18-30 years ago that are cool, quick or quirky. The memorable Ace of Clubs ticks every box for membership. We love it. Unlike the Chrysler what was it again?

Credits: A big thanks to Rad for the fantastic photography. We’ll try to send you to Portofino next time. Thanks also to Luke for sharing his car with us ‘punks, to Wikipedia and to the excellent IPTOC website for background info. Let us know what we missed!