At MotorPunk we don’t often go crazy for out of reach supercars, but take a perfectly working Aventador, stick it on a set of tracks and then proceed to cock about in the snow with it …well, that’s different. 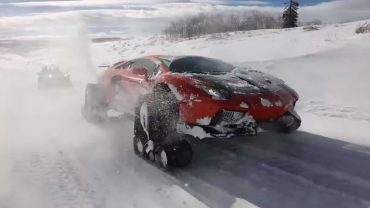 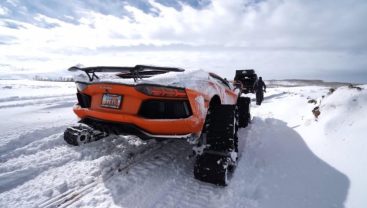 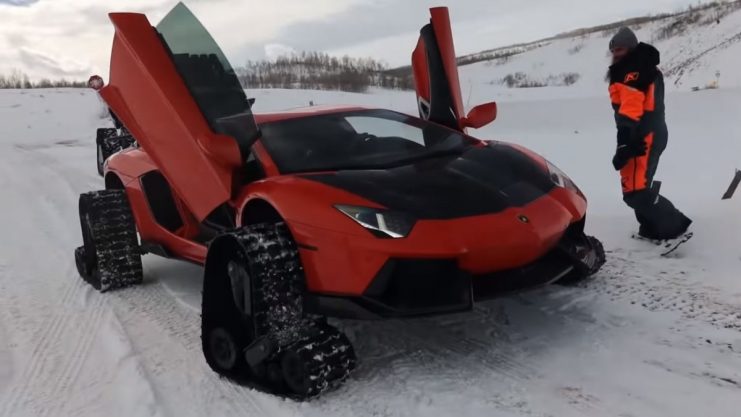 Strad let the Diesel Bros fit a bolt-on track kit to his Aventador, removing the wheels and disabling the traction control but leaving pretty much everything else in place. In the US it’s illegal to drive track equipped cars on the road so they trailered it to some pristine snow in Utah, and let it rip.

Once off the beaten path, the Aventador found the virgin snow something of a chore. It seems low slung supercars just don’t have the ground clearance to wade through deep snow- who’d have thought? The clutch took the brunt of the strain and got a bit whiffy, so the lads called it a day, but not before some clickbait YT footage of the world’s first Lamborghini snowmobile.

It seems the recent polar vortex weather in the States has encouraged others to follow suit, with one chap voiding his warranty to track a Tesla providing a new twist on ‘Ludicrous Mode’.

Like most things in the automotive world, snow tracks are actually nothing new. Slapping tracks on your motor during snow season can be traced back to Henry’s tin lizzie. In 1917 Virgil White, a Ford dealer in the wonderfully named Ossipee, New Hampshire, obtained a patent for his attachment to convert a Model T Ford into a ‘Snowmobile’ He started flogging the pricey kits before selling on the rights. Thousands were sold, enabling everyone from farmers to country doctors to have a ‘Ford on snowshoes’. 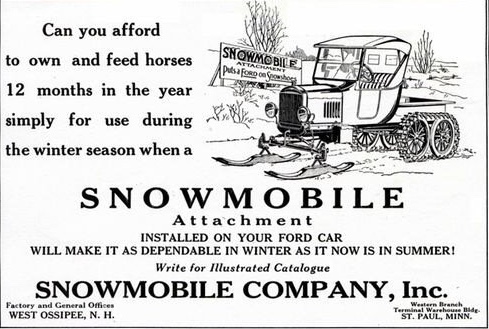 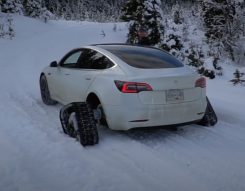 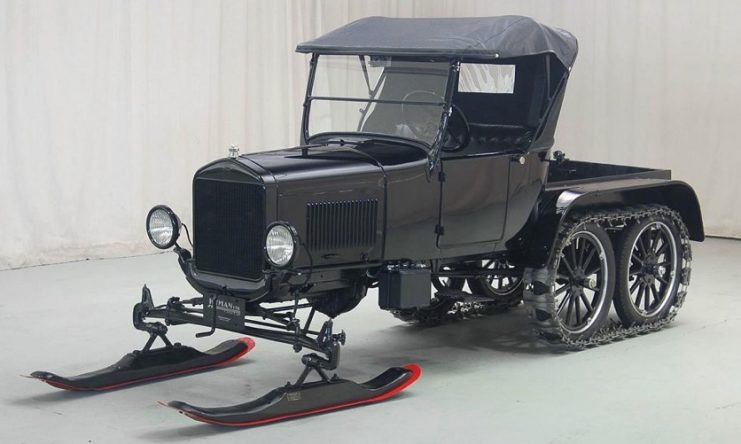 Closer to home, the British Motor Museum at Gaydon, has a rare 1958 Cuthbertson Land Rover that looks the nuts on a full set of tracks. Cooler than a Lambo? I will let you be the judge. Either way, Kudos to the Stradman for putting his Aventador in harm’s way, and notching up an unlikely, and gloriously daft ‘World First’ for the Raging Bull.