Nineteen years ago Top Gear’s bubble-permed Mr. C reckoned that the factory-fresh XK8 was like Sylvester Stallone making a ‘ruddy good fist of Hamlet’ at the RSC; now with brains and brawn the wobbly old XJS couldn’t hold a candle to the new GT car, even though they still shared the same undercarriage. Developed by new owners Ford it was  a big lump of a thing, with a stonking 4.0-litre V8 unleashing nearly 300 horses, but as JC showed on the back lanes of North Yorkshire the XK8 could be hustled through the twisties quite nicely thanks to its CATS (Computer Active Technology Suspension) assisted dampers. It was no slouch off the mark either; the XK8 may have weighed 1.7 tonnes but you could hit 60mph just as quickly as a Porsche Boxster, and sail on, in a first-class cabin bedecked with leather and burr walnut, to (a limited) 155mph. 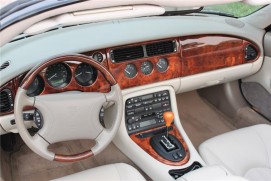 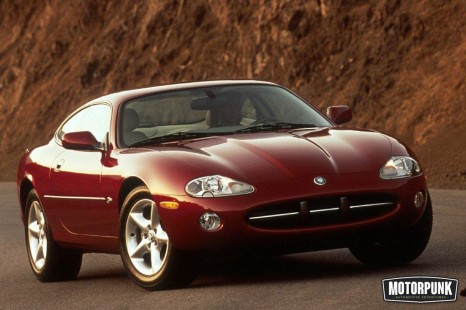 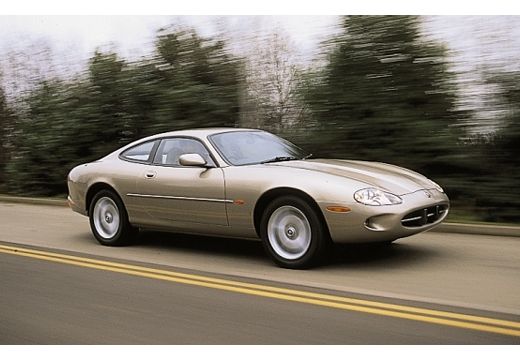 19 years ago there was huge excitement at the launch of, what was seen as, the E-Type’s spiritual successor. OK, so it wasn’t quite that good; we’d have to wait a little bit longer for the Fabulous F-Type. But there we a few styling nods, including the gaping mouth, bulbous wheel arches and macho power-bulges; these all went down very well with the die-hard Jagophiles and waiting lists were long. It was a good looking thing – designed by the team who’d just penned the Aston Martin DB7. Unsurprising then that discerning aesthete and ‘60’s International Man of Mystery, Austin Powers, should opt for a ‘Shaguar’ XK8 in that cannon’s third outing. 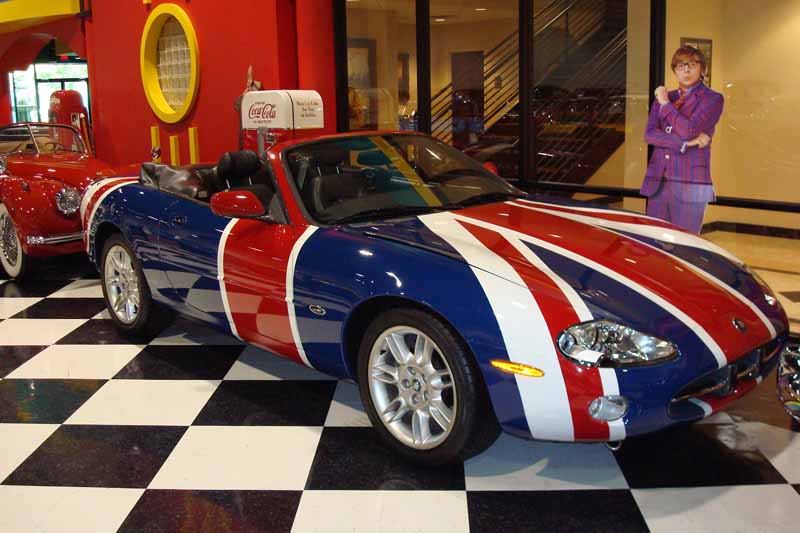 As a 2+2 grand tourer the old Jag motto of Grace, Space and Pace held firm in the first-gen’ XK8, and was a stylish British alternative to its axis rivals at Mercedes, Maserati and Lexus. But that was then; what most excites us chaps at MotorPunk HQ nowadays is that the old XK8 is fast becoming a 5%er. In 1996 £50,000 would have got you a lightly spec’d Brummie Bomber; on eBay today tatty and leggy examples can go for as little as £2,500! Just 5% of the original list price. That’s 300 horses, a prestigious bonnet badge and an interior bedecked with more arse-worn cow hide than a DFS returns department.