Now this is one motor we’d all like to see joining our merry band of modern classics on May the 1st: the sassy Alfa Romeo GTV Coupe.

Alfa’s Type 916 GTV is the marginally prettier twin sister to the Fiat Coupe (it’s a close call; think Transylvanian Cheeky Girl Gabriela over the slightly wonky Monica). Both received heavily revised underpinnings from the Tipo which were worked over by Fiat’s best boffins to give it excellent balance and handling – rumour has it that the Italians had set the FWD Lotus Elan M100 as the benchmark standard they hoped to reach. Like its Fiat Coupe sibling, the body shell was sharply styled and super stiff; but rather than whacking a turbo on its flagship model Alfa installed the lusty Busso 3.0-litre V6. Some say the basic, and lighter, 2.0-litre TwinSpark has the better road manners, but the added oomph and glorious thrapping exhaust note of the full-fat V6 gives it the edge in our books – especially the 218bhp Cup version. 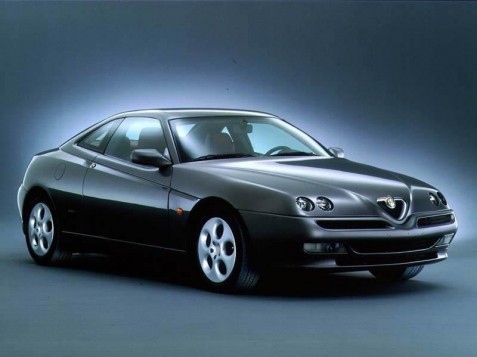 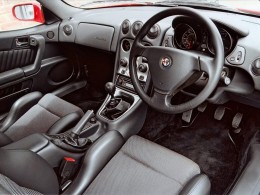 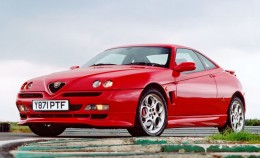 Just a couple of years ago there were loads of sub-£1k GTV Coupes (even Spiders for another ‘bag’o sand’) up for sale, but they are now starting to get a bit thin on the ground; over their ten year production run 270,000 were produced but only about 4,000 are now left on the UK’s roads. Chronically under-valued, it doesn’t take a big mechanical or electrical gremlin to make repairs uneconomic. Alfas from the ‘90s are ‘enthusiasts’ cars’, which translates as ‘be prepared to break out the spanners most weekends.’ In one survey a few years ago it was reported that 96% of new GTV owners had made some sort of claim under warranty.

Anyhow, don’t worry about that – ignore that last paragraph and just look at it! I bet you’ll be browsing Gumtree before the day is out. Now that the handsome GTV has turned 20 years old, and probably passed through the cash-strapped mitts of several ham-fisted petrolheads, it’s more important than ever that you buy a much loved example. We at MotorPunk HQ all agree: an A1 condition GTV V6 could be a very savvy investment and a worthy member of CarClub 18-30.