With a few weeks MOT and a very tempting estimate, we MotorPunks sit on our hands for fear of wildly bidding ourselves into the ever-so-slightly grubby cloth driver’s seat of this 1992 Alfa-Romeo 75. It’s a chunk of early Nineties funkiness that we find hard to resist. Yes, we’d rather have the V6 and we’re not entirely sure of the originality of the paint scheme, or those wheels, but it has an estimate of just £1500. It’s funny how old Alfas make you feel. 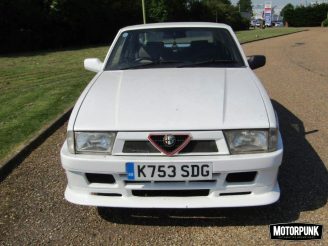 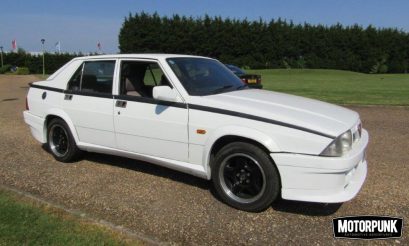 ‘The last of the proper’ is a prefix we usually hate. It’s often used to try and talk up some slightly unloved old rotbox and makes me think of pre-GM Saabs, or pre-Ford-pre-Tata Jag. Here, we can’t help but use it because the 75 is a landmark car. It displays all the creative madness of Alfa-Romeo before it was eventually digested by the platform-sharing dullness of Fiat. This car is a genuine classic and most worthy of membership of our car club 18-30. 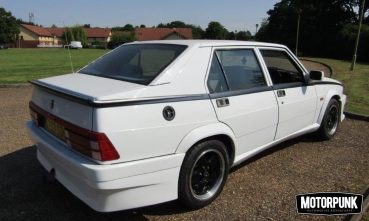 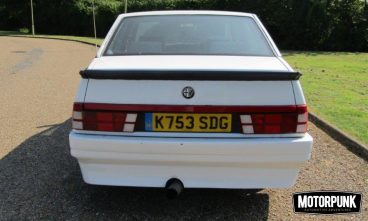 Inboard brakes. Check. Funky handbrake arrangement. Yep. Weird spoilers. Yes. Rear wheel drive in a small four door saloon. Oh yes. LSD. Tick. This model might be the baby (a 2 litre inline 4) but c.148BHP is plenty  when coupled to that perfectly balanced chassis. It’s transaxled, dontchaknow, and weighs but 1200Kg. If you’re thinking ‘is the seller offloading just before a catastrophic MOT?‘ then then this isn’t the marque (or website) for you. Old Alfas should be bought with the heart, not the head, and MotorPunk’s pliable MOT tester loves cars like this as much as we do. 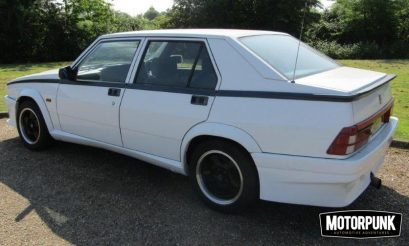 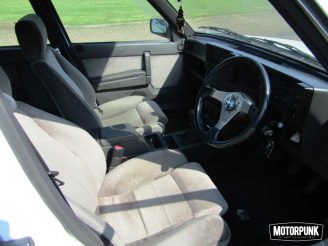 Sniffing in it’s MOT history it seems the car sat for years before a recommissioning and then passed it’s MOT, and has had no failures since. It seem to have been used fairly often, too, which is a good thing. Modern classic cars don’t appreciate being left under a dust sheet. 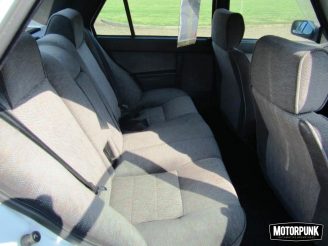 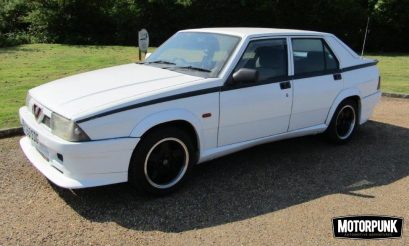 It has 144k on the clock and goes to auction at East Anglia very soon. It’s so tempting. And if you do manage to sit on your hands long enough to avoid buying it, perhaps thoughts of Alfa 75 ownership and a numb hand will allow you to indulge in an act of self-love known as ‘a stranger’. Don’t google that. It’s funny how old Alfas make you feel, isn’t it? See you at auction.