Meet Monty and Gigi, two Minis that are candidates for an ASBO thanks to a modicum of shed tinkering that’s made them obnoxiously loud and a lot of fun.

They are the prized possessions of twenty somethings, Savannah and Tyler. Both are unlikely to get a Christmas card from Greta T, or an invite to a Nissan Leaf forum. I like them already.

Tyler’s Mini (Gigi) sports a piston for a gear knob. “That’s from my old engine’ he tells me, ‘I blew it up. It was a result really, because I swapped in a 1275 from an MG Metro.’

Gigi tickles 98 decibels reaching 116 at 6500rpm courtesy of the replacement MG unit that runs with a HIF carburettor. The engine is mated to a centre branch manifold and two inch centreline exhaust. There’s a 750 watt Kicker noisemaker taking up the back seat too. It replaced a 1500 unit –‘It kept shaking the car apart’ The Mini Thirty was subject to a restoration before Tyler bought it. He added a MK1 boot lid because he prefers the look. He’s also added angel eye lights and a roof rack, just because, ‘It winds Mini people up’. 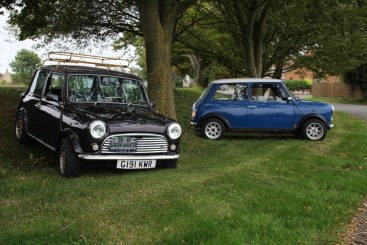 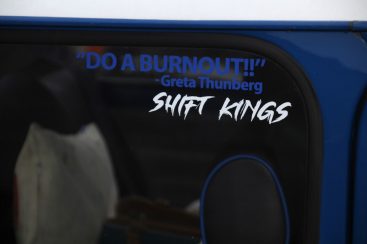 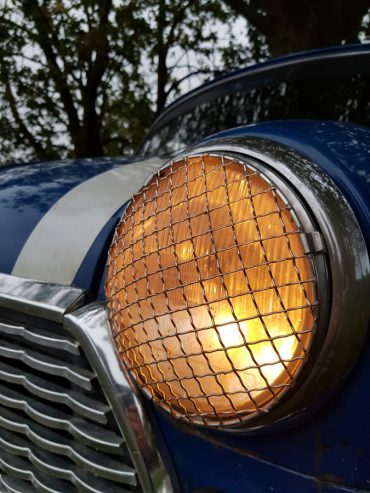 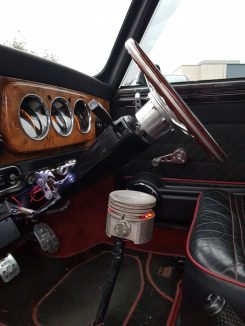 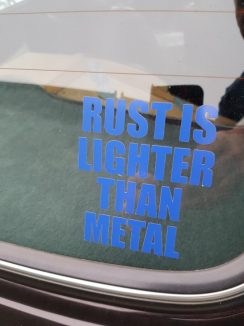 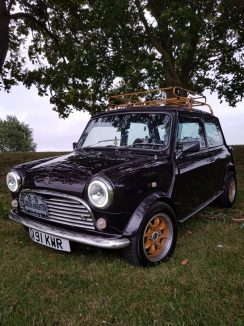 Sav’s beloved Monty is one trip away from the welding torch. ‘He’s a rusty boy’ Sav says, ‘but he starts first time every time and I trust him more than my modern car, plus he ‘s a lot more fun’. Monty is a 1275 Mini Sprite, gobbling fuel through twin HS carbs and expelling the results through a rude exhaust and manifold that can challenge Tyler’s car on the decibel front. Forget the flaky floor pans and A sections, Monty basks in blue under glow, but the real party piece is the aircraft weapon switch under the dash bearing the legend, ‘Arm Missiles’
Nitrous?
‘No’ Sav grins, ‘flames’
‘Mine does flames too’ Tyler adds. 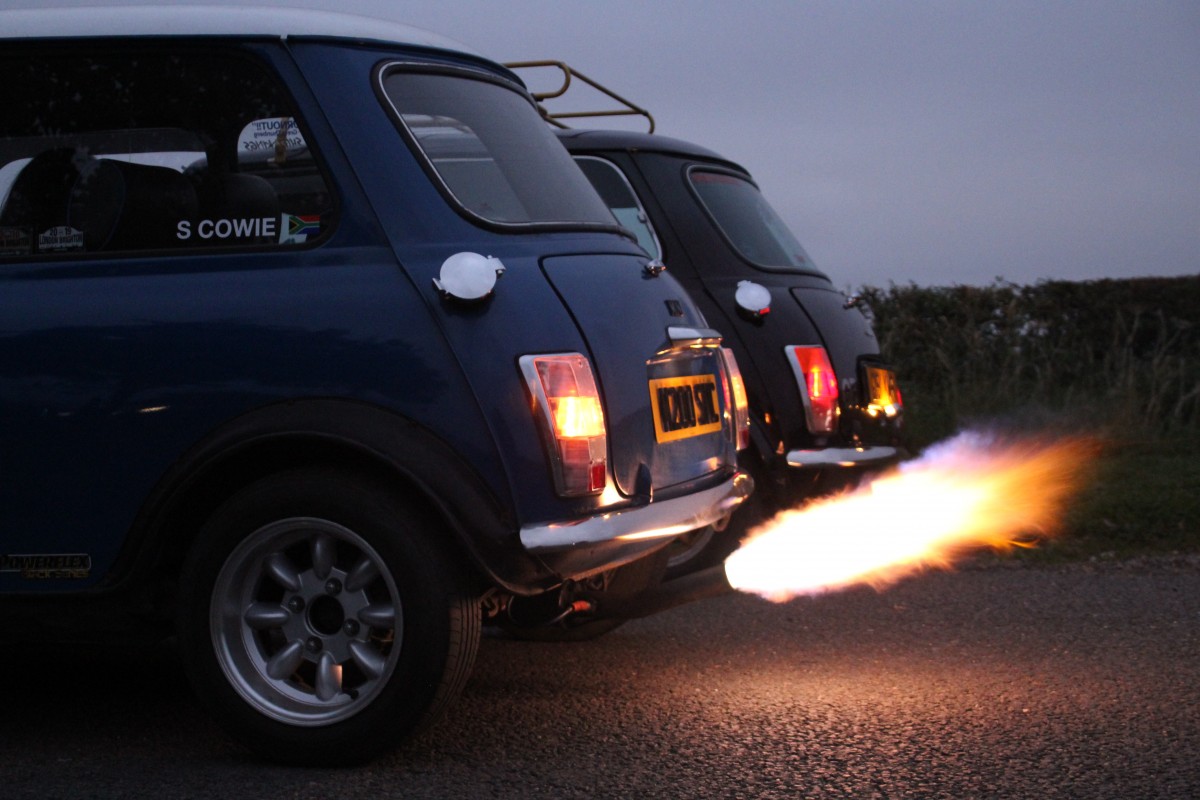 With both cars running flame kits there was only one thing for it: Marshmallows at dusk, a flame off /flambe with the winner taking bragging rights. These two non-conformist post-millenials were extremely happy to oblige. Let’s face it, there’s nothing new about flame kits, or toasting marshmallows, until that is you combine them with Minis. There’s something so appealing about it, it just has to be done.

Naturally, we had to drive to somewhere off the public highway to avoid unnecessary attention from the safety wombles. Any attempt at a covert cruise was quickly dashed as these two lunatics bobbed and weaved about, scaring wildlife and Prius drivers with their bellicose motors. Minis just make you laugh. I did as Tyler roared past me, with his car farting and popping on the over run. He has an Omex Clubman kit installed, providing the pops and bangs as well as a smooth launch at a limited 4000rpm, all controlled by a switch in that piston gear knob.

Once at our location the marshmallow challenge was on. With Monty and Gigi lined up, I closed in with my camera for some close ups. 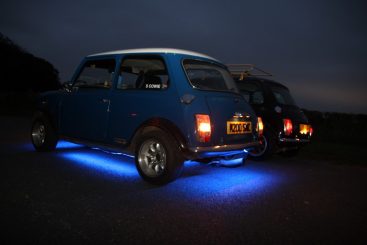 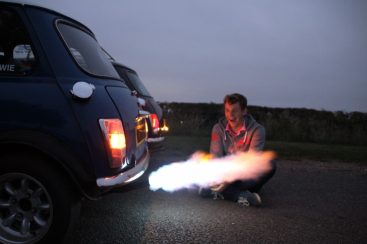 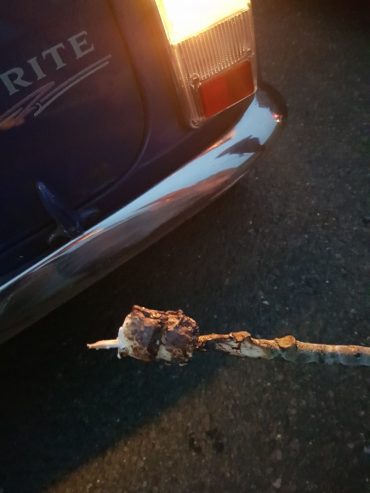 ‘Erm, I’d move back a bit, if I were you’ Sav warned. After much hooligan use of the loud pedal it was time to light up the evening. With the flick of a switch man, woman, and Minis, made fire.

Gigi was the winner on noise, Monty the victor on length and breadth of flame. Tyler stood Gigi down to take up the challenge of toasting marshmallows on Monty’s flamethrower of an exhaust as I snapped away. He went above and beyond. When the flames stopped I looked for the S’mores. Tyler handed me an empty toasting stick.

With Tyler banished to revving up Monty, Sav took over toasting duties. I filmed the event to prove that flamethrower Minis provide a Motorpunk alternative to your trendy garden fire pit. Although I’m obliged to say, don’t try this at home, truth is the S’mores were just an appetiser; we’re busy cooking up something far more ridiculous for the near future.

You could say, there’s S’more to come.