As fans of classic cars we often chunter about how mundane the majority of modern cars seem to be, yet there is no doubting that modern cars have their advantages. As much as we talk about taking a family of five on holiday to the south of France in a Lancia the truth is older cars have shortcomings – sometimes we just need modern transport. I suspect even Dr Octane has bought a newish VW of some sort recently (although he’ll probably deny it, the cad). With this wave of modern machinery we can say goodbye to some retro kinds of car crime; 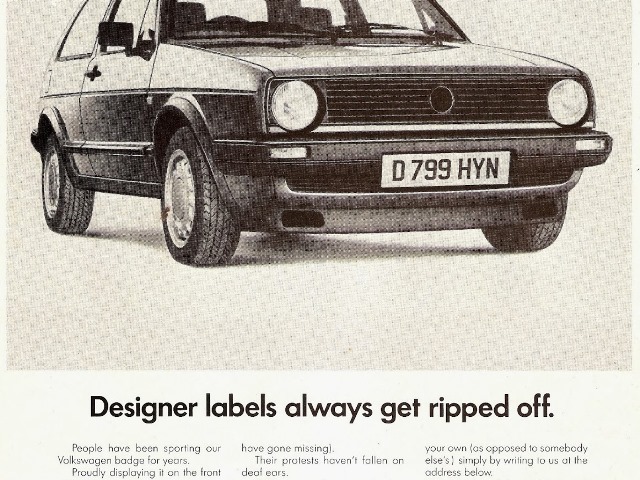 My Dad was a VW man in the ‘80s. I remember his first Passat and then a new big bumper Jetta. A great car and a model still admired by dubfans today. And then came the Beastie boys, fighting for their right to party, I loved them. Dad didn’t. Thanks to Mike D there was a minor crimewave as fans emulated him, nicking VW badges to wear on chains. I recall a friend proudly wearing one a foot across ripped off the front of a van. VW were quick to capitalise on this, offering a free badge to anyone who asked, and even coming up with the advert above. Nowadays musicians are more likely to try and sell you a car than encourage you to vandalise one. Dad’s car got done three times (even the small badges off the boot) and, even today, if he found Mike D he would probably prise off some of his parts with a screwdriver. 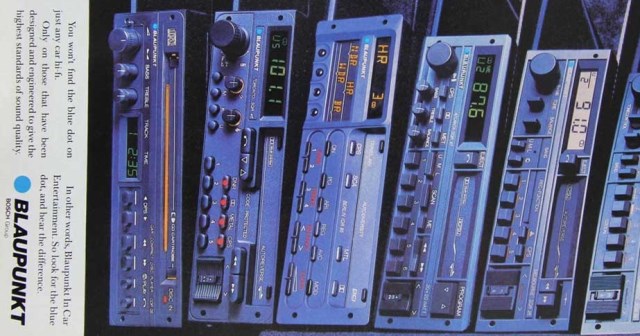 When was the last time a stereo got stolen? Back in day we went to great lengths to install a decent stereo and even greater lengths to protect them. There were three forms of defence against stereo theft. 1-Remove it completely. Some came with a handle so you could carry your head unit into the pub with you, like a Blaupunkt manbag. The one time you forgot, though, it would get stolen. 2-Security codes. Some had a primitive PIN that needed to be entered. Some of these allegedly could be reset by leaving them in a freezer overnight. Other people helpfully wrote the PIN on the back of the stereo in pen. 3-CPA. Car Park Accessories. This meant when your stereo got nicked you’d help yourself to someone else’s from the carpark. I do not condone any of this, of course, but I once acquired a Philips stolen from my very own Vauxhall a year before, still with the same LFO tape in it. 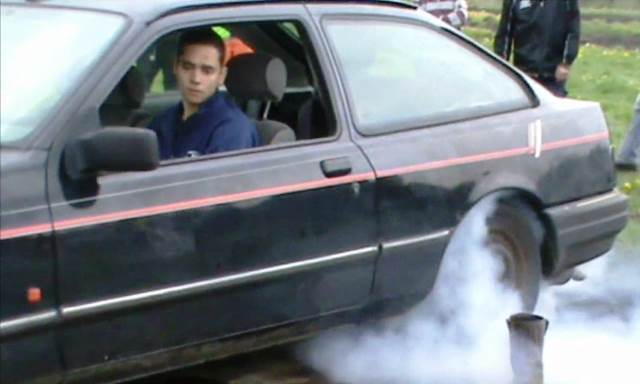 Blackbird Leys. The part of Oxford once semi-permanently illuminated by the Police Helicopter. The reason; joyriding. I’m sure it still happens now and then but in the ‘80s there was an epidemic of cars being stolen and raced just for the hell of it around Britain’s estates. Crooklocks, Disclocks and pathetic aftermarket alarms couldn’t keep the hordes at bay. Joyriders tipped off news teams and smoked about showing off. Today’s yobs are more likely to be glued to Sky football with a Stella in hand, at least joyriding got them out in the fresh air. Ford XRthings, Vauxhall SRwhatnots and everything Cosworth was stolen for a bit of what we now know as hoonery. Modern cars today get nicked for spares, exported or cloned, but rarely nicked just to do burnouts. Is it wrong to miss the era of Joyriding? The closest thing we have now is Ken Block. Can we get him an Astra GTE? 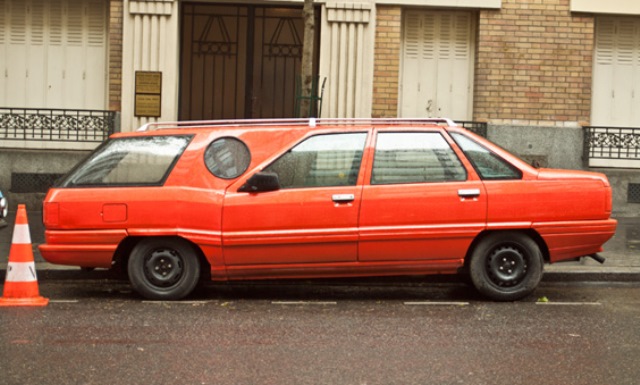 I am not sure this ever actually happened back then. An insurance claim culture and better recordkeeping means it’s rare now. We’ve all know a mate who’s Dad’s neighbour’s workmate once took two halves of [insert Generic ’70s saloon here] and welded them together to make one good car out of two scrappers. Was it really worth all that trouble? Most mainstream ‘70s saloons were so wonky from the factory any home-bodged welding would be hard to spot anyway. I’ve even met TR7 owners who actually looked to recreate the massive panel gaps of the factory when restoring them now. How would we ever know what was cut n shut and what was not? There were once examples of Marinas, so badly made by the factory, that they had one door on one side and two on the other. Or maybe this is another pub story.

If any of this ever happened to you, leave us a comment and let us know! There’s a Sparkrite alarm (broken) for the best comment.