Yes, the best of the best little hot hatches from the ’80s are back. But you’re looking at pictures of a 2017 Abarth. I’ll explain; Ford, Renault, Peugeot and MG aren’t making our retro favourites again. They all do make warmed up versions of their base models now, true, but they’re far removed from the lightweight, pepped up crackers little hatches of yesterday that we all miss. But Abarth get it. Based on Fiats tiddly 500, they know that the perfect recipe for a new hot hatch is what made the XR2i, R5 GTT, 205 Gti and Metro Turbo so popular back in the day; They have engineered the fun back into little cars. 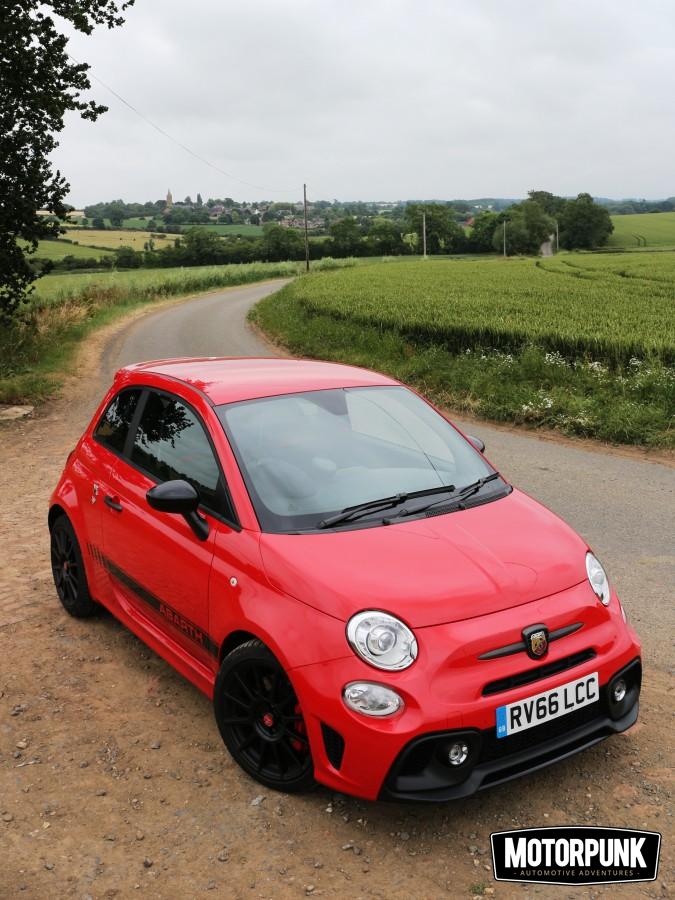 Comparisons, then; We’ll start with the XR2i. Not the RS Turbo, or Sierra, but the smallest car in Fords line up back then. Modern hot hatches are, with the exception of the Abarth, largely big, bloaty, boaty things, usually with oversized wheels and a disconnected steering feel. What the XR2i did better than anything, back then, was offer touchy feely steering. That’s not to say it was the quickest, or best handling of its contemporaries, but you always knew it would be a good steer. And that feeling is present in the Abarth. It bounces about on it’s short wheelbase and simple suspension setup, but you get all of the signals from the front wheels just like the old days, with a whiff of retro torque steer thrown in for a laugh. This is all good. 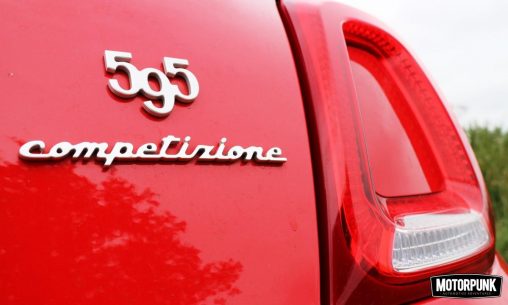 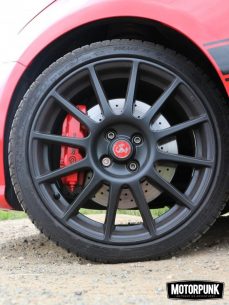 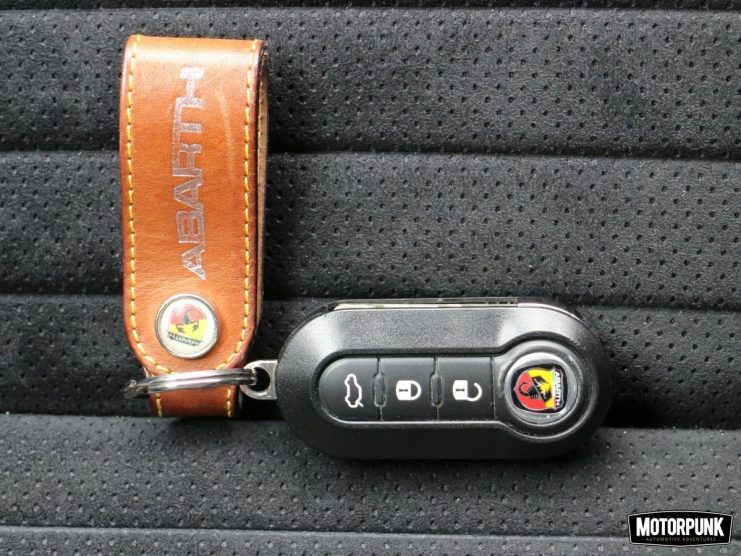 When did you last see a Renault 5 GT Turbo? Perhaps they’ve all corroded away, back to their base elements already. Remember the brutal turbo lag? When it winds up; Zut Alors! Fitted with a 1.4 litre engine, like our Abarth, the best way to get a big dollop of power in a small car in the ’80s was with a turbo. And the Abarth has 180bhp and proper, old school lag which you can watch on the gauge in the dash-top mounted pod. Nothing. Nothing. Whoosh! And you hear it, too, the new Italian car putting me in mind of the same lack of insulation as the old French one although, thankfully, it feels far more robust. I don’t miss the rubbish rust-proofing of the eighties. 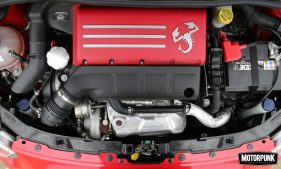 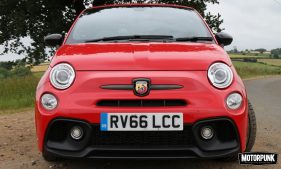 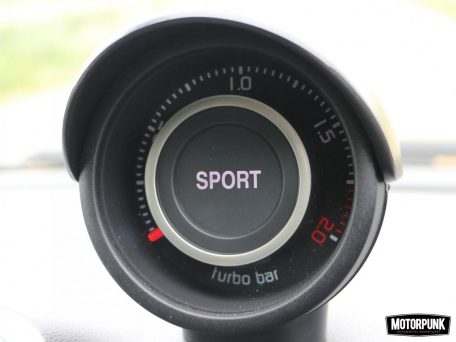 1.6 or 1.9 205 Gti? We loved them both. But the parallel with the best car France has ever made isn’t made for performance, but for gentle styling (which, by the way, Welter Racing did. Not Pininfarina. Pay attention at the back). The basic 500 is undeniably cute and in Abarth form, smothered in Scorpions (fuel filler cap, oil filler cap, antennae on roof, seat adjustment, wheels, interior and everywhere else, I stopped counting), it goes from cute to cheeky. It drives cheeky, too. The 4 pipe exhaust is 3 more than it probably needs but sounds all snap, crackle, pop and bang. 0-62mph takes 6.7 seconds but feels like 3 and we lacked the courage of our youth required to get near the top speed of 140mph. Brakes are OK and the suspension is silly hard. There’s a G Force meter for your amusement. The seats are upright and mounted high in the cabin and the stereo leaves you wanting to stick some 9” sized holes in the titchy parcel shelf and improving it yourself. How many of these cars will stay as standard? I haven’t wanted to modify a car in years, happily there are a ton of options from the factory. 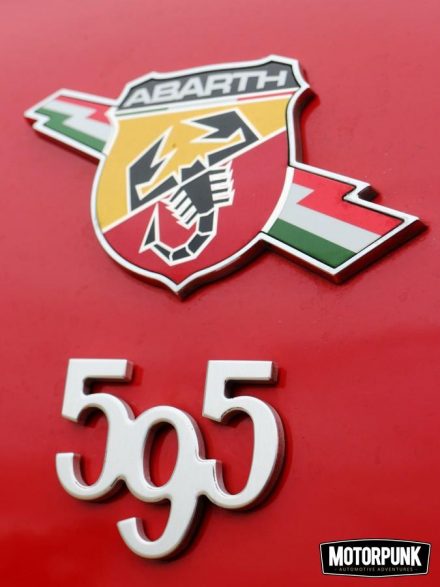 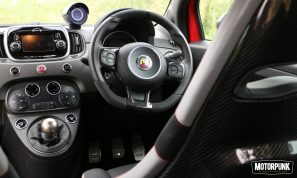 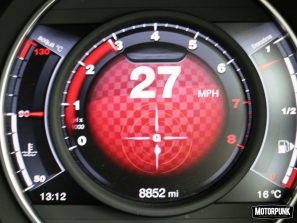 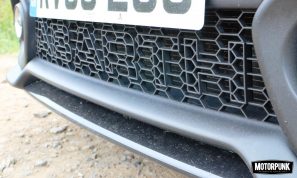 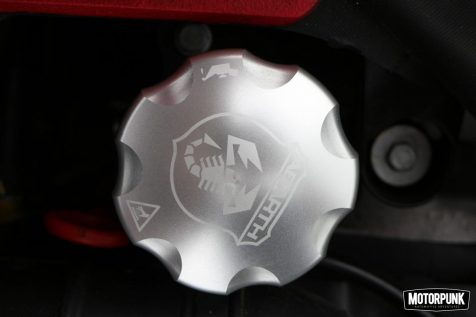 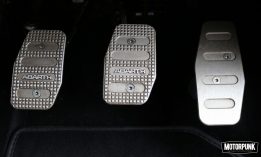 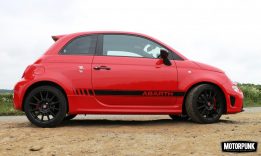 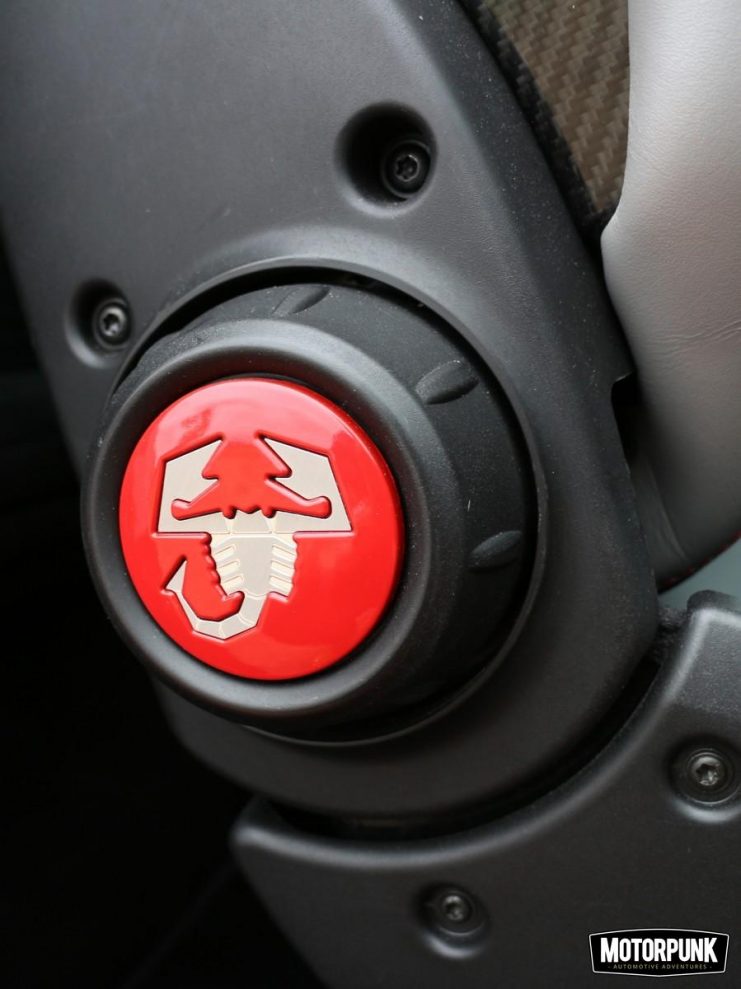 The MG Metro Turbo was great value for money and, even in this fancy-pants Competizione spec with added Sabelt seats, Brembos, alcantara trim, even more Scorpions and carbon-fibre-ish bits, the 595 is only £23960. The basic Abarth is just £20k. That’s great value, just like a little hot hatch should be, and (unlike the manky Metro) there’s a cool heritage behind the badge. Old man Carlo Abarth was friends with Ferry Porsche and Tazio Nuvolari, he founded the maker of the prettiest sports cars ever, Cisitalia, and gave owners of the original, classic Fiat 500s all the pep their little cars wanted. The name, today, brings the sort of fun at the wheel we have not experienced since the eighties. We love it. Bravo, Abarth 595! 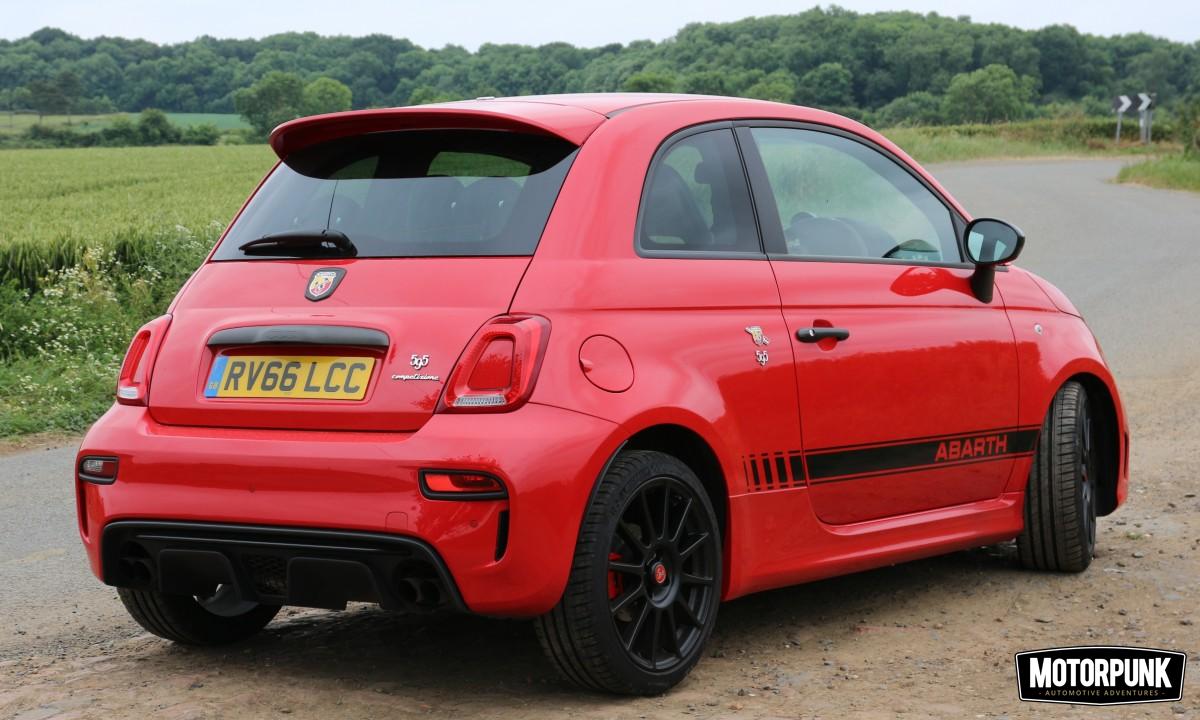 For our feature on a classic Abarth 850, see here, for specs and info on the new Abarth range, see here. We really, really did not want to give this car back.