Before I explain the automotive abomination you see here, some honourable mentions for the runners up. We honestly laughed until we snotted tea through our noses at these, thanks so much to everyone who entered. We were looking for the unloved, the unreliable and above all the uncool. We got exactly that with Mark Chitty’s ‘smoking prune’, a £75 1973 Austin Allegro 1300, Bateman’s pheromonal Nissan Bluebird 1.8DLX hatchback that prolonged his virginity into his 40’s and Lawrence’s bald-tyred ex-Harrods Wolsley 4/50.

Most were dangerously unreliable, like Chris’s Mini; “going 60mph with five in the car caused the front offside CV joint to collapse. Once the CV joint failed so did everything else and we rolled on to the roof, slid along the road and got hit by an oncoming car”. Hewsey and few others also owned ropey minis. Larry attempted cool with a Renault Fuego with shot drive shafts and a funny smell (the car, not him). There were many Talbots; Terranaut had a rusty chocolate brown Solara and Robin and Graeme both owned knackered Horizons. Mark Molloys’s Marina had holes in the floor and every Escort and Fiesta owner hated their car for various reasons mostly related to reliability.

The winning (losing) car meets the ‘unloved, unreliable and uncool’ criteria perfectly. Robin from the MX-5Nutz forum shares his first car shame with us;

“I had a £300 1976 Citroen Dyane with no brakes. It had a fake MOT certificate and quite a few things wrong with it, luckily it wasn’t fast enough to need brakes. I got fed up with it being faded matt blue and painted it on the drive with Dulux non-drip gloss house paint, I only had the small tins I found in the garage so it ended up red white and blue. After my ‘hand painting’ I got a little more serious and wanted a Jeep. I chopped the car down with a huge angle grinder and got a mate to weld up what was left. I made my own hood and front bull bar and covered the roof bars with pipe insulation foam and tape. I had loads more enthusiasm and ideas than skill or ability. My first drive on a motorway had the pop studs on the door rip open when a lorry went past”

As an interesting footnote to this horror, someone else later butchered the car into a Lomax kit car, pictured below. Won’t someone please put it out of it’s misery? 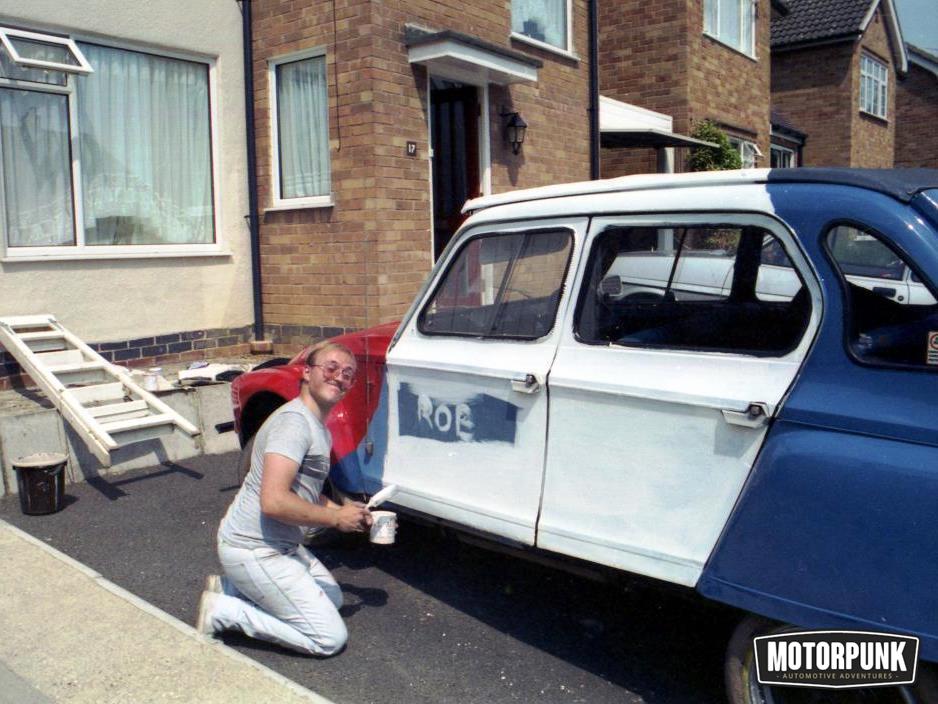 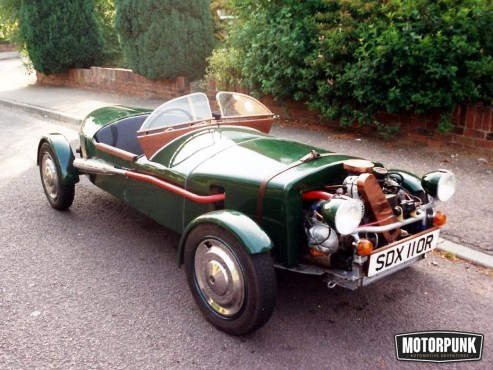 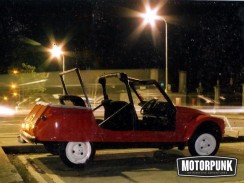 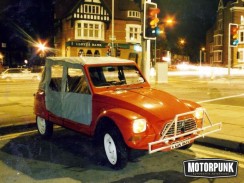 Congratulations, Robin, your choice of Hot-Fuel t-shirt is on it’s way to you. Thanks again for sharing your shameful first car stories, MotorPunks, we loved every one. We hope to run a similar competition soon.