Motor racing is a serious business; Martini is a serious multinational company; and the volks from the land of pork knuckle aren’t exactly known for their zany sense of humour either! So why the dickens did they trot out a flesh pink Porsche 917 at the 1971 24 Hours of Le Mans complete with dotted lines like a butcher’s cut sampler?

A Dutch friend of mine once said that German funnymen are only slightly less common than English optimists. I very much doubt that. However, the Porsche Pink Pig has to be one of the wackiest racing liveries to ever grace the Mulsanne Straight and perhaps proves our Germanic cousins do like a laugh after all. 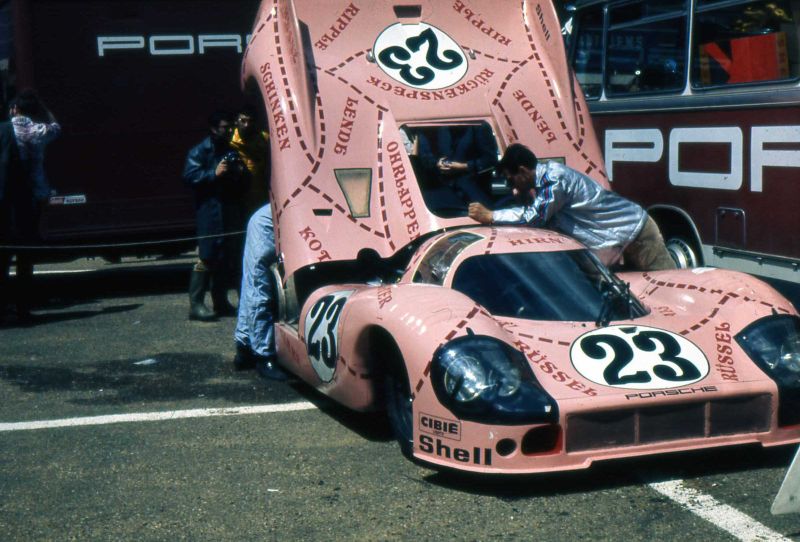 The story behind the ‘Truffelhunter from Zuffenhausen’ begins in 1970 where Porsche’s best boffins were playing with two versions of their LMP: the 917K, as in Kurzheck, which is German for short-tail, and the 917L Langheck. The K car had its rear end lopped off to generate more downforce, but that also caused more drag, while the long-tail was a more slippy version designed specifically for Le Mans and the 6km long Mulsanne Straight. To everyones surprise in 1970 though the K car still beat the L, and all the Ferraris (and Steve McQueen’s Le Mans camera cars if you want to see them on the big screen) to give Porsche its first stack of silverware from this epic French endurance race.

In ‘71 Porsche engineers attempted to combine the advantages of the K and L 917s. However, the results were not pretty. This Frankenstien car was wider with a snouty front end and a short (but not curly) tail. Rumour has it that the Italian sponsors at Martini & Rossi were so unimpressed that they didn’t want their iconic blue and red livery on this fugly new racer. And so the porcine nickname was born, but in a brilliant piece of PR, Martini let Porsche designer Anatole Lapine loose with the spray cans and stickers to create the ‘Pink Pig’ we see here. 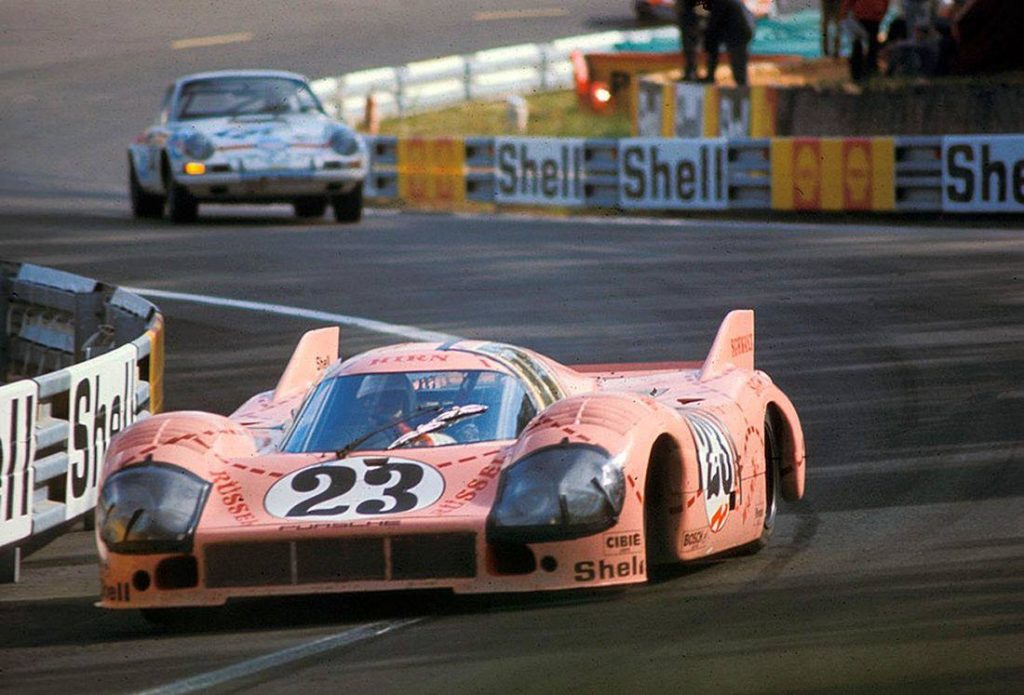 It may have been a bit of a minger but the aerodynamics worked … sort of. It was the fastest car during the pre-race qualification session despite it being an untested experimental design. However, during the main event the Pink Pig, running well in fifth position, eventually retired with mechanical maladies. Only later in the strip down postmortem did they realize that the new piggy body was playing havoc with the brakes and other oily bits.

There were about nine different versions of 917 with all manner of aero gubbins and versions of that glorious flat-12 powerplant. OK, so there are 917s with far prettier paint jobs but few have ever raised quite so many eyebrows as the infamous Truffelhunter from Zuffenhausen, which can still be seen on permanent display at the Porsche Museum in Stuttgart. 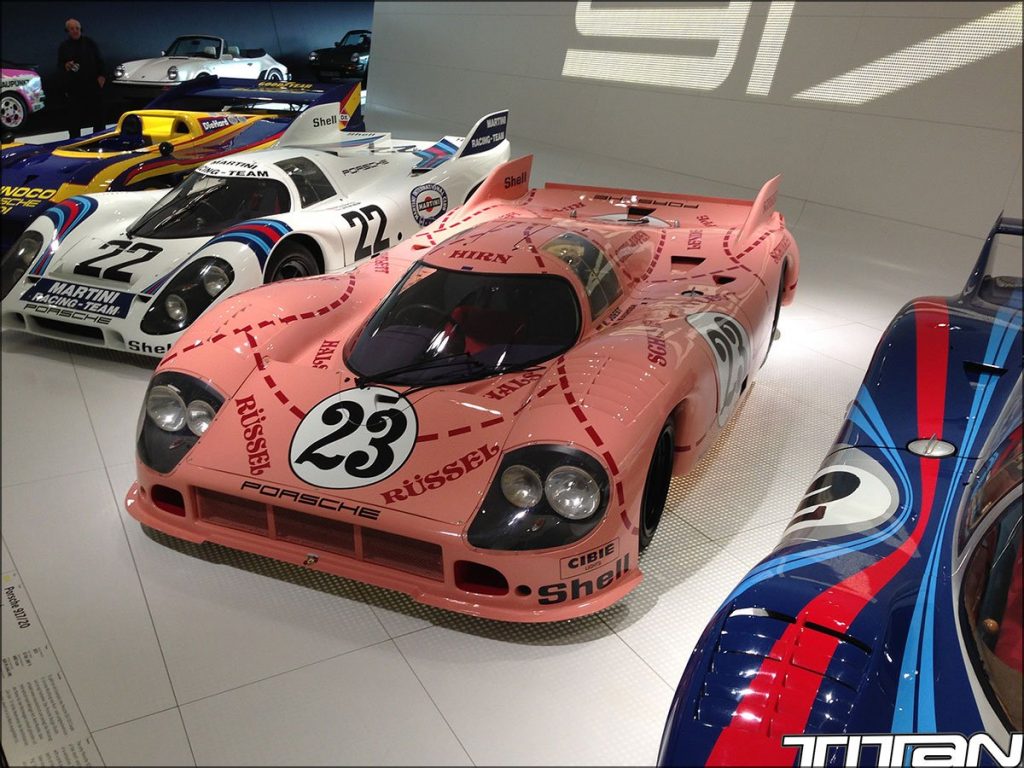