No self-abusing respecting boy racer would be seen dead without them once upon a time, such was their cache. Amid a sea of volumous puffa jacket, baseball cap and acne, one of the very first things which the casual observer clocked in the near steering wheel vicinity of a Vauxhall Nova SRi back in the day was the ubiquitous Little Tree air freshener.

Everybody was at it in the 1990s. Well, every male with a Mark II Golf GTi with trick suspension and pierced nipples that is. But the unassuming Little Tree’s lineage goes back some four decades before Scooter was even thought about by his future parental unit. 1952 to be historically accurate, and a place called Watertown in New York state. The person universally credited with inventing the humble Little Tree paper air freshener wasn’t – to once and for all debunk a popular myth doing the rounds – Ever Decreasing Circles actress, Penelope Wilton; rather Canadian-born perfumer and chemist, Julius Samann. The surname appearing with one of those umlaut-like things hovering above the first ‘A’, which I seem unable to replicate on my Fisher-Price keyboard it would seem. Nevermind. 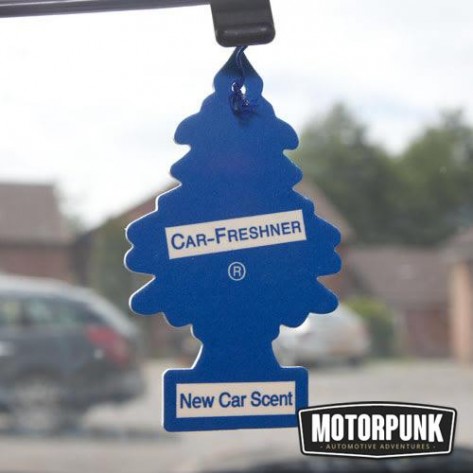 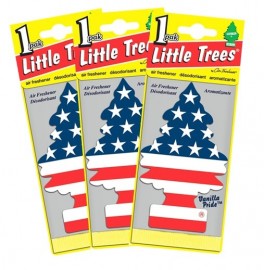 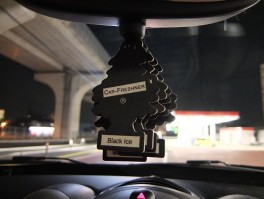 Smells Precisely Like Teen Spirit, If You Ask Us

Being a true chemist in every sense of the word, SamAnn would rile away the hours teasing oils from Canada’s evergreen trees. We don’t know if this was part of his occupational remit or just something he did for kicks, but what we do know for sure is that he met the acquaintance of a milk float driver on one occasion. Only online files suggest it was a milk truck, as Americans think the word ‘float’ sounds way too sissy. Anyway, engaging with the driver of this milk rig (probably an uber masculine converted Peterbilt or Mack) the conversation quickly turned away from NFL and instead toward the noxious scents more commonly associated with spilled dairy produce.

Thinking on his feet, Samann (not too many letters away from being a Bond villain called Salamanda to my …..-addled mind) quickly realised that there was a potential market for ‘making the cabs of milk-transporting vehicles smell nicer in the event of unwelcome spillages’. A bit niche perhaps, but once streamlined Samann believed there would be much mileage in his pungent smell-countering concept. Wasting no time at all, Samann hastily patented the subsequent freshener, the cellophane bag it would eventually be sold in and the accompanying string (to fixate it to the rear view mirror). As for the unique tree shape which gives the Little Tree its name, and we have the forests of Canada to thank for this. Inspired by his immediate environs, Samann landed on the instantly recognisable pine tree outline after initially ruling out the silhouette of a pine martin, an NFL football and a Peterbilt rig.

Today there are in excess of 60 different smells available globally, and Little Trees have become a pivotal part of car ownership, especially for those who habitually experience personal hygiene issues. Its name hasn’t always translated well, hence why the UK market knows it better as the Magic Tree, while French, Italian and Portuguese drivers refer to it as Arbre Magique. Pity the poor Germans though, who have to sheepishly ask for a Wunder-Baum every time they fancy getting some in-car wood. And elsewhere, a word to the wise would be not to use the Little Tree as part of your own logotype for a new hipster car wash, as the peeps at Car-Freshner defend the commercial virtue of its Little Tree to the death, and have lawsuits to support this claim should any unwitting types seek to pilfer their fragrant pine outline for nefarious gain.

So what of the unique (and some might concur, fabled) aromas? The question on every readers lips right now. With many of the subtle flavours stubbornly (and pungently) named after popular male deodorant sprays from the 1980s, it would be best for all concerned to largely ignore the accidental (Alan) Partridge monikers and instead inhale deeply on the likes of Royal Pine, New Car, Black Ice, Fresh Surge and Leather. Often described in polite circles as ‘the classic’ Magic Tree scent, there’s a fair chance that should you have had the rampant misfortune to only ever have experienced the one Little Tree in your seemingly unfulfilled life to date, it would have been the Astroturf Green-coloured, Royal Pine; ostensibly, a king among in-car smellies. With its rich, sappy, sugary pine permeating our flared nostrils, there’s no questioning that you would do everything in your power to ensure that Royal Pine never found its way into your home, yet when steadfastly restricting its menace to the confines of your car it certainly comes into its own; effortlessly winning our hearts and minds. 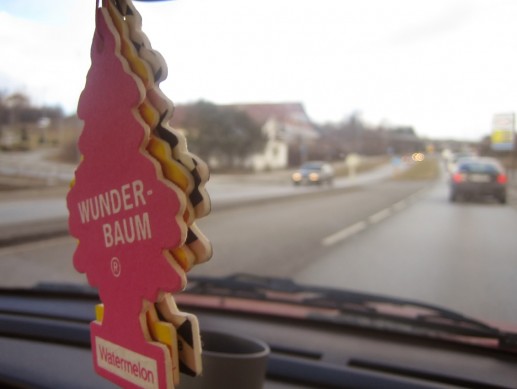 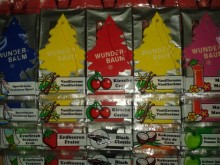 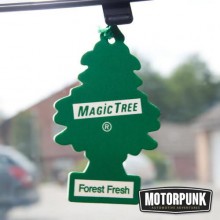 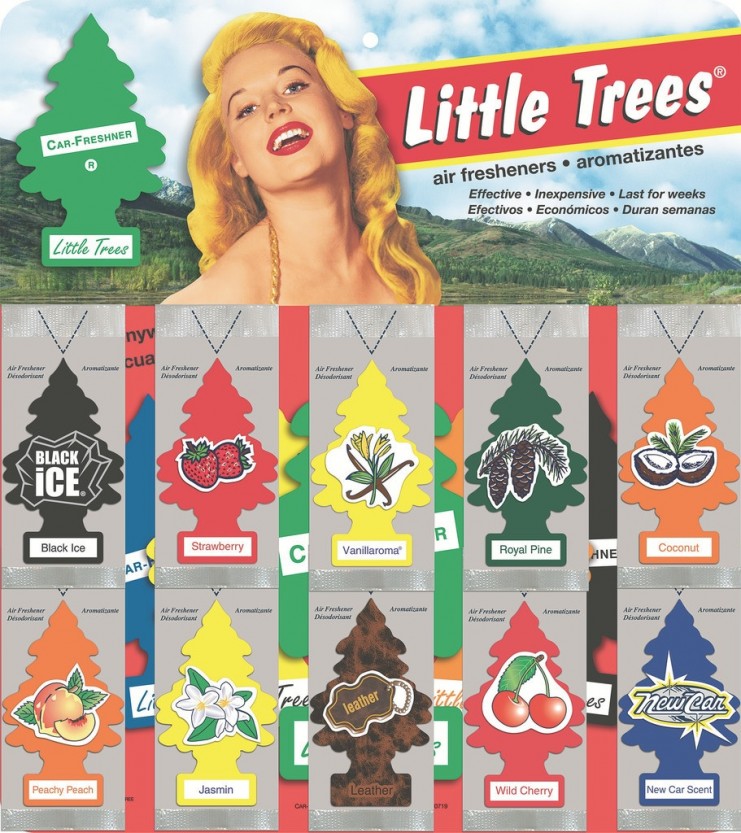 But what of the others, you may well ask. So with this in mind I’ve recruited the experience of those who’ve witnessed some of the more familiar Little Tree products, up close and personal. So rather than just have me waffling on about the scents I have little knowledge of, I’ll hand you over to real people, who’ve penned real reviews based directly on their personal, first hand experiences with a raft of Little Trees, and subsequently left unique reviews on popular internet forums. Chiefly American ones as you might suspect after the very first sentence. Lazy journalism, I know, but seriously, you just couldn’t make this shit up.

In no particular order, here’s a brief synopsis of the current Little Tree family:

And finally, Little Tree etiquette – should you require a timely reminder – consists of snipping the top of the package and easing the Little Tree out. But not in a heavy-handed fashion. Its manufacturer suggests that you tease the Little Tree out three-quarters of an inch at a time. Which is roughly this ____________ long to those of you unfamiliar with certain lengths. Proceed to expose another three-quarters of an inch’s worth of wood for the following seven weeks for full aromatic impact, apparently.