I can see why vinyl stickers have slowly replaced traditional signwriting in many areas, they’re quick and cheap and can be made by anyone. Traditional signwriting, on the other hand, takes years to learn. The creation of a font, design and application of the layout and mixing of the paint is an artform in itself. And that’s before you get to the brushwork. Once you’ve seen this, first hand, you start to appreciate the quality in traditional signwriting. I saw it first hand growing up because this was my Dad’s job, and still is. Here’s how it is done; 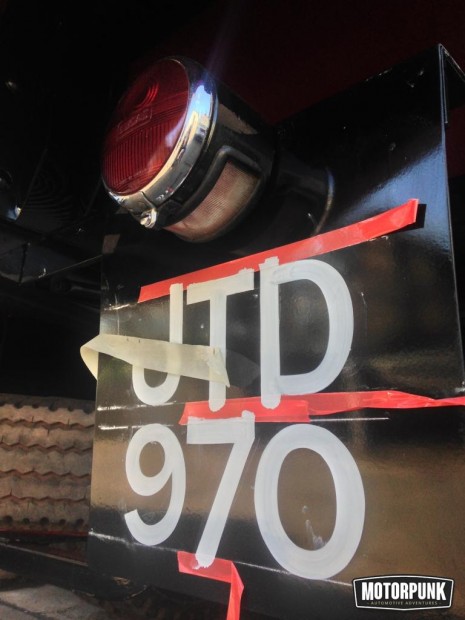 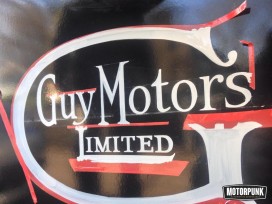 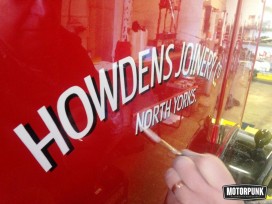 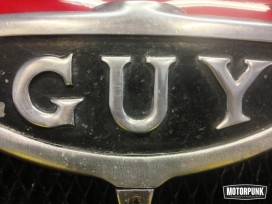 Starting with the font, and I’m not sure which font MotorPunk’s designer will print this feature in, but look at the capital letter E. The ‘legs’ of the E are usually the same length, or perhaps the middle one is slightly shorter, depending on the font. When placed at the start of a word a capital E can look ever-so-slightly overbearing. The traditional Signwriter will often lop a few mm (actually, they tend to talk in fractions of inches) off the top ‘leg’ to better balance it against the rest of the word. Round letters, such as Os or Qs are often made slightly taller than the letters either side of them. Why? Because it just looks right.

To transfer the design onto the vehicle (or sign) you have to get your hands mucky. A batch of chalk is mixed up (secret recipe, apparently) and left to set. Then the design is drawn onto tracing paper and placed on a board. A pinwheel is then run over the outline of each letter or shape, perforating the tracing paper, and the tracing paper carefully taped into position on the side of the vehicle. The chalk mix is then gently rubbed on the tracing paper which is then removed to leave a feint chalk outline in dots to be painted. This is far from precise so the Signwriter will have to understand the arcs and angles of each letter to be painted to make it look perfect. This takes some time of course and as an added challenge it is often done when standing on some ancient wooden plank and trestles, accessed by a ladder, a set-up with less structural integrity than an Ikea bookcase. 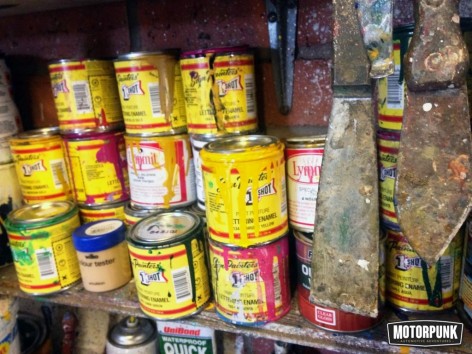 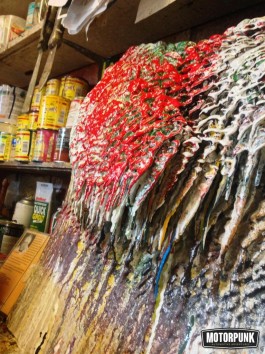 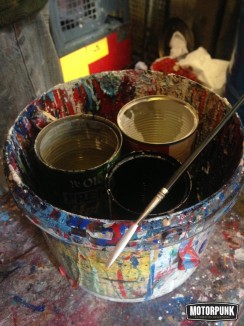 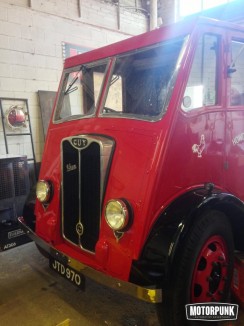 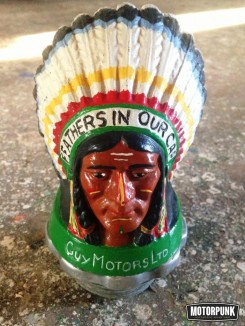 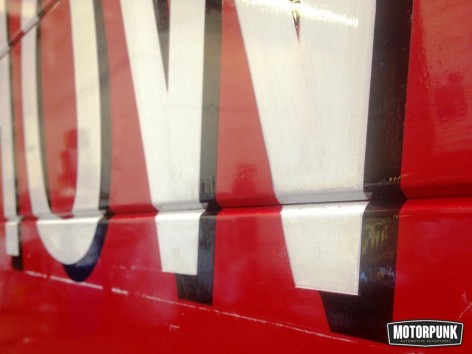 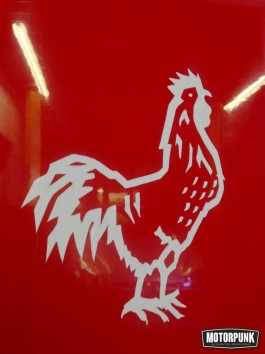 The paint. You can buy pots of it or mix it yourself to get something special. The Signwriter will know just how much red to be added to yellow to get the right shade of orange. No weights, no measures, just slop it into a can and stir it, colours graded by eye. Remnants are saved in sealed paint tins for possible touch-ups in the future. Rolls Royce save slithers of wood veneer for future repairs on their car dashboards to ensure a perfect match. The same applies with the Signwriters paint. Paint tins are named “Triumph grey”, “almost Oxford Blue”, “Rancid brown for Dave with the Norton” and “intimate rash red” and stored for decades. Just in case.

The brushes are made from sable and stored in grease. One of an appropriate size is picked and cleaned and the paint it applied. It is extremely tricky to get letters perfect, landscape painters will let the brush flow with the scenery, a hedge doesn’t have to be perfect, yet a letter often half an inch high needs to be square and true to it’s original design and it’s neighbouring letters. Masking tape will ensure dead straight top and bottoms of square letters but the rest is freehand and when it has been painted, it often needs an even more accurate second coat to cover. Stickers are not like this, no CTRL+P here, this is art. A marl stick gives the signwriter a 3rd arm, something to rest on and like the rest of his equipment it will be covered in a thousand dried drops of home-brewed paint of a million colours. In fact, my Dad’s jeans could almost stand up on their own, march into B&Q and say “colour match this!”

There are countless other skills required: Woodworking, varnishing, application of gold leaf and drinking your Son’s tea whilst he looks through a million google images for you to find a design lost for half a century. No, I have haven’t any more biscuits, you had the last of the jaffa cakes last time you dropped in the office. This job is not without hazards. Dads (mine) distracted by inquisitive lads (me) might be distracted enough to paint the word ‘telephoooone’ as signwriting requires ultimate concentration and isn’t something you can multi-task. Clients can argue the Signwriter hasn’t quite matched the desired shade of purple, before admitting they are colour blind. Tides can mean that designs painted onto moored boats, whilst standing on the quayside over the duration of a day, can run downhill. Wherever the signwriter works, though, people always stop to admire his skill and notice the beautiful craftmanship.

Signwritten paint will flow into grooves and grains in wood, over rivets and hinges and the finished writing will look part of the surface, glossy, free from fade and not likely to be picked off in a pub car park. Above all, like on this beautiful vintage Guy truck, it will just look so right.