Look at them, looking down on the C-HR; James Hunt, King Juan Carlos of Spain, Gunnar Nilson and a young King Felipe VI. What would they have made of it? The picture on the mural at the Jarama circuit north of Madrid was taken in 1976 when Coupe could only mean a three box shape – today it’s a mutating market segment that Toyota aims to dominate with it’s new C-HR. The C stands for Coupe. HR means High Rider. I found a definition of that on the urban dictionary but won’t repeat it here. F1 ended at Jarama in 1981 but that didn’t stop us gatecrashing in Toyota’s latest metal when kindly invited to this new model’s launch in Spain. 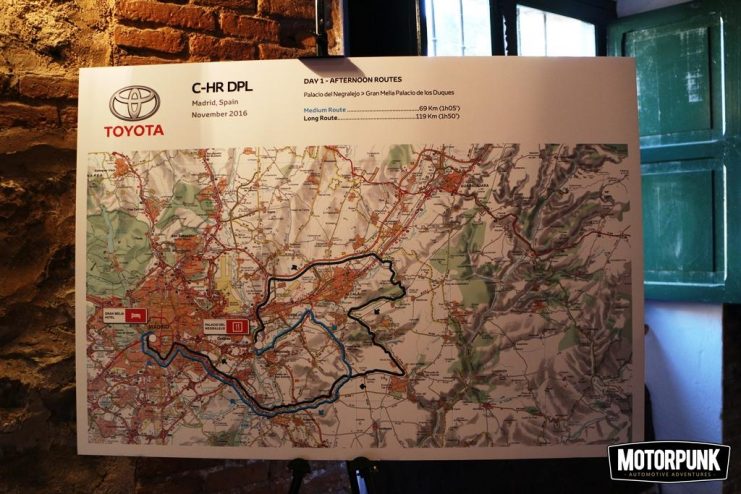 A jet from Farnborough took us ‘punks and 60-odd other motoring Journos to Madrid where we were given keys to pre-production C-HRs. Dave who does the motoring column for the Corby Evening Molester binged on the hospitality and the nice people from Toyota buzzed around us writing types and made us all feel special. Our opinions matter. The test route was pre-defined. “Short route or long route?” they asked, while stuffing us full of delicacies and programming our satnavs. 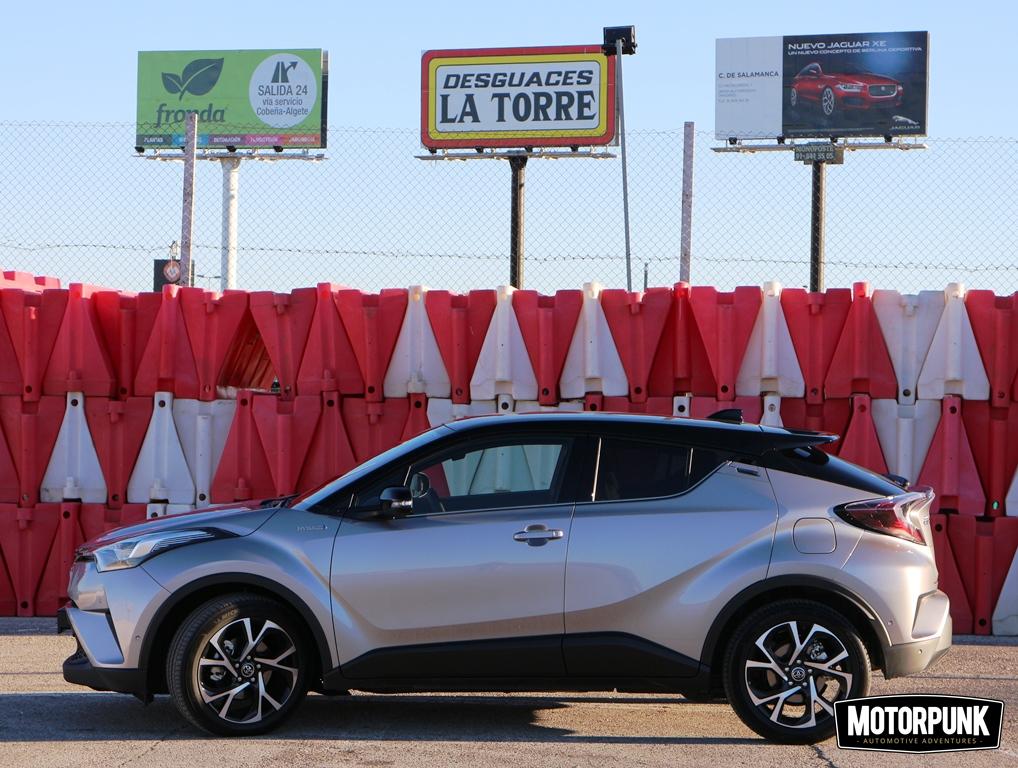 Much has been made of the racing credentials of this car’s chief engineer, a Japanese chap called Hiroyuki Koba. His aim was to build a car that would flow, be enjoyable to drive, and there was the inevitable mention of the Nürburgring. Koba san wouldn’t want us sitting in a convoy on the Madrid ringroad now, would he? We ignored the satnav, left crowds and drove to Jarama. The C-HR can be really chucked about and stays flat around roundabouts. It could use (and easily handle) double the oomph but I doubt many will ever venture onto a racetrack. 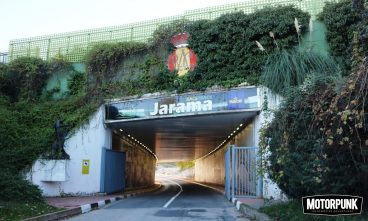 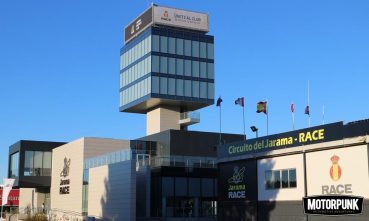 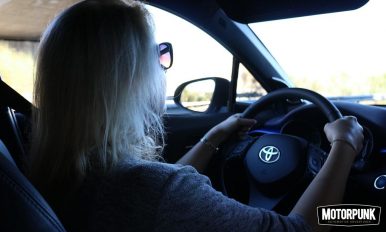 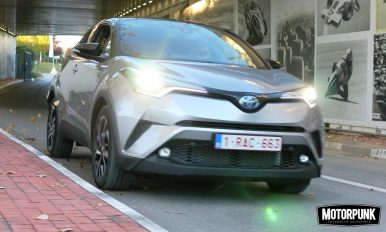 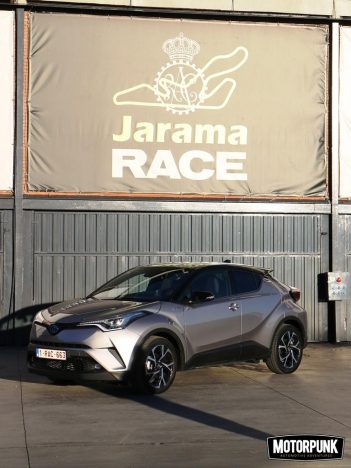 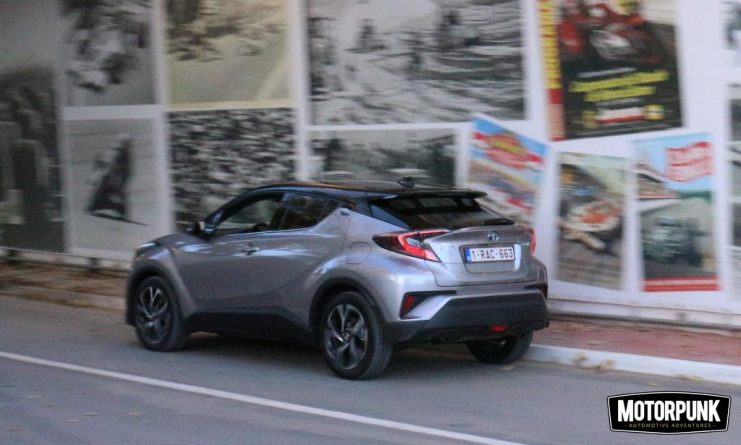 The confused Spanish security guard looked at the Belgian registered pre-production car, wondering what it was, and what I was saying in English and opened the barrier. Down the underpass past murals depicting yesterday’s heros and onto the circuit. Gatecrashed. Hunt would not have been impressed with this car’s performance. There’s a 1.2 litre turbocharged petrol and a 1.8 litre hybrid, with an eCVT box, giving a 0-60 time of 11 seconds. Mario Andretti described Swede Gunnar Nilson as “perhaps the most naturally gifted of the new generation of grands prix drivers”. I have no idea what he would have made of the nine airbags and nine speakers of our car. King Juan Carlos would probably rather be elephant hunting. This is a nice car to drive hampered by a bovine CVT gearbox but Toyota expects 75% of C-HR sales in the UK to be this hybrid model and aims for sales of 100k models a year across Europe. They know what they’re doing, even if photographer Lex and I were winging it, finishing a solid 1-2 on the podium after our antics. 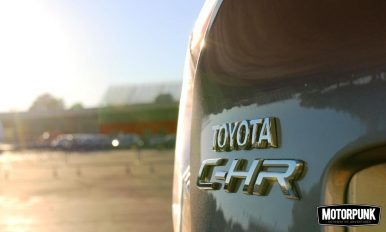 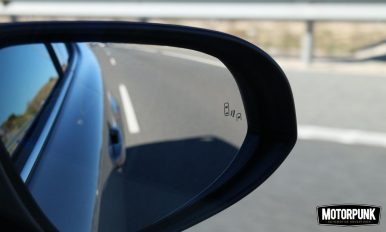 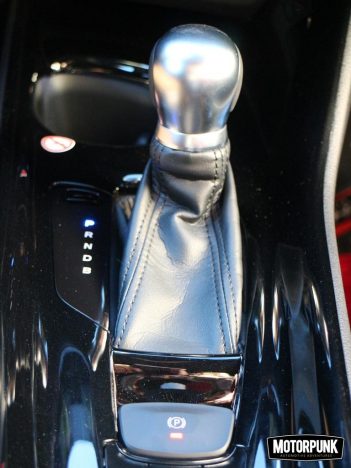 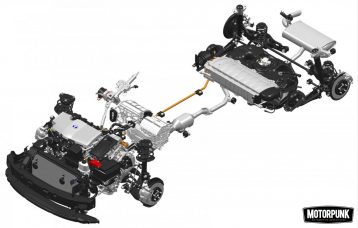 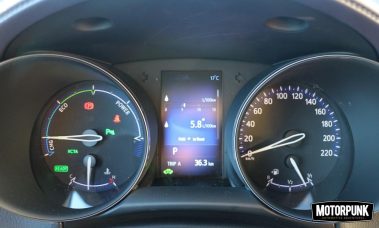 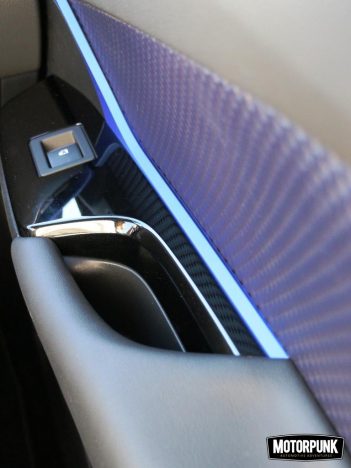 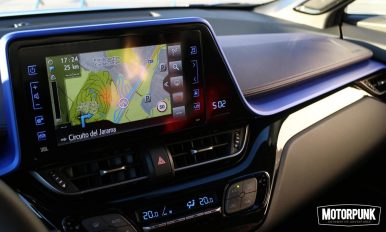 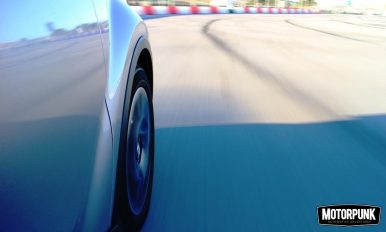 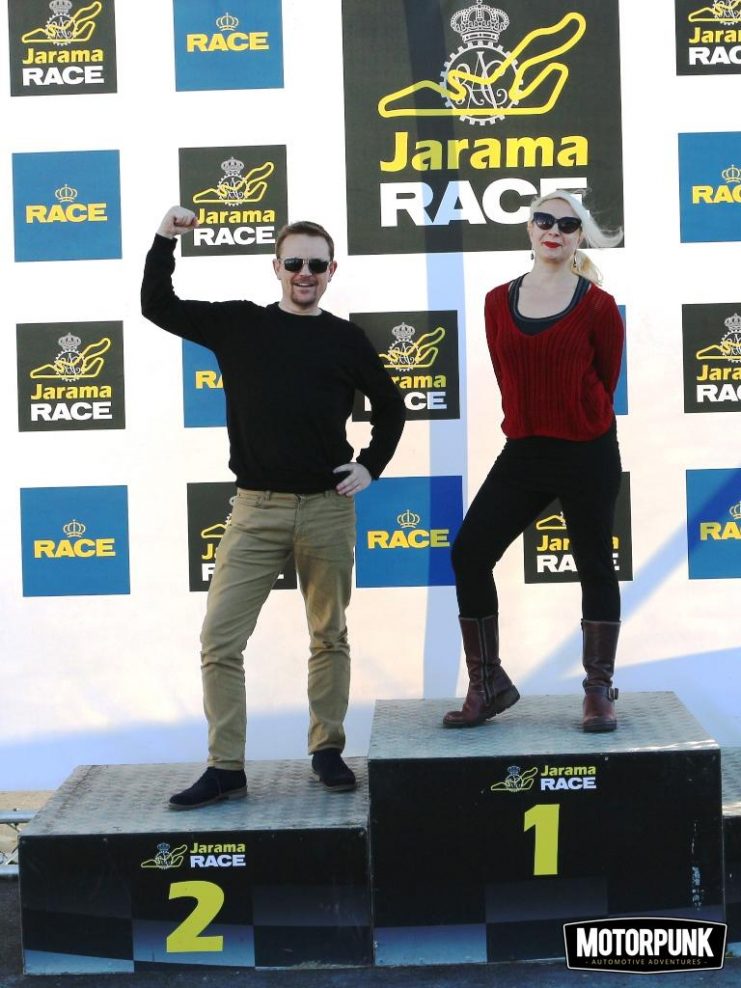 I suppose I ought to do a bit of a review, then. This hybrid version has 120BHP from motor and engine combined and starts at £23,500. It comes with blind-spot assist and both deodorising and moisturing air conditioning. It will do, on paper, 74MPG and comes in three trim levels; Icon, Excel and Dynamic. Features include Road Sign Assist – repeating signage on a display on the dash. Press the S-IPA button and it’ll park itself (good luck with that in Madrid’s manic traffic). This is the second car with Toyota’s TNGA Platform, available with FWD and AWD configuration. A man from Toyota stood in front of a presentation flanked by a skateboard and a guitar and skipped past interesting engineering stuff explaining how the clever suspension was designed to maintain a high(ish) driving position and low roofline combined with a very low centre of gravity, to show us a video of kids at a bus stop wearing sunglasses. Space in the back is good but visibility there less so, toddlers won’t be able to see out due to the high waistline and low roofline, fortunately they don’t usually get a say when specifying a new car. The coupe look is helped by a handle hidden high in the  C pillar. A diamond shape is repeated throughout, from switchgear to trim to the side-on stance. It’s all nicely done. “Time for dinner” said our hosts, lighting up not only mine, but also the overfed face of Malcolm from Practical Sidevalve Mechanic. 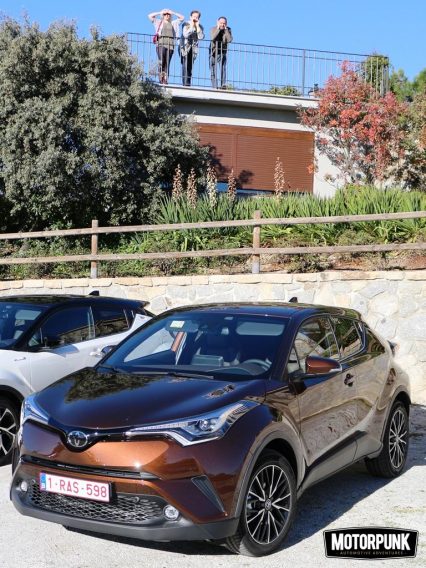 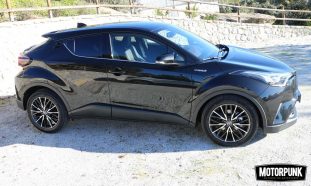 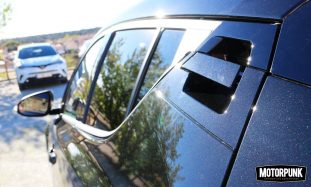 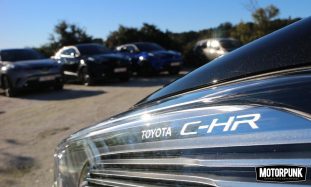 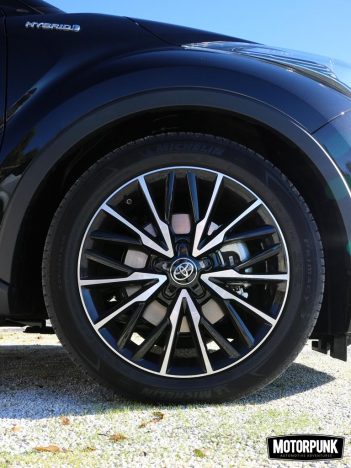 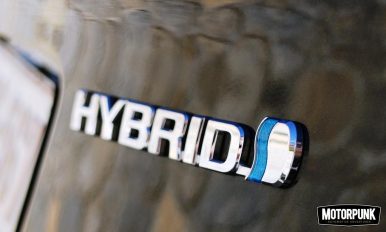 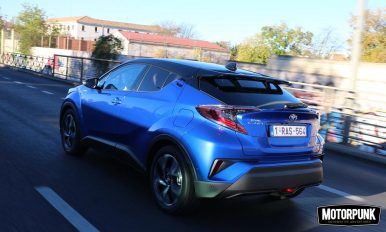 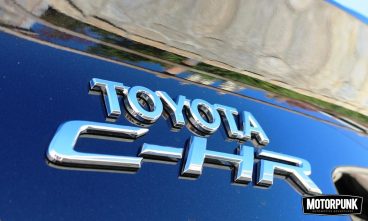 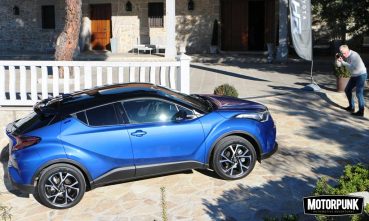 This car isn’t designed for the likes of Hunt and Nilson, nor me and certainly not for the nice man from Diesel Car magazine – it’s petrol/hybrid only. I haven’t made Diesel car magazine up, by the way, that one is real. 90% of the target demographic buy cars on finance. This car is theirs for a 21% deposit and £229 a month, subject to blah blah etc. The looks, particularly in brown (sadly not available in the UK) are sharp, the reliability will undoubtedly be typically Toyota, and it will be cheap to run. Hybrids are easy on their tyres and good on their brakes. It reminds me of driving an early BMW MINI automatic. Our C-HR drove nicely but was hindered by an automatic gearbox – underneath was a cracking little driver’s car. The manual MINI was a revelation. I wonder if Toyota are brave enough to add a traditional clutch and some oopmh for the likes of Hunt, King Juan Carlos and I? Will they do a hot one? Probably not. Times and tastes have changed, is the C-HR the future of coupes? Toyota think so. 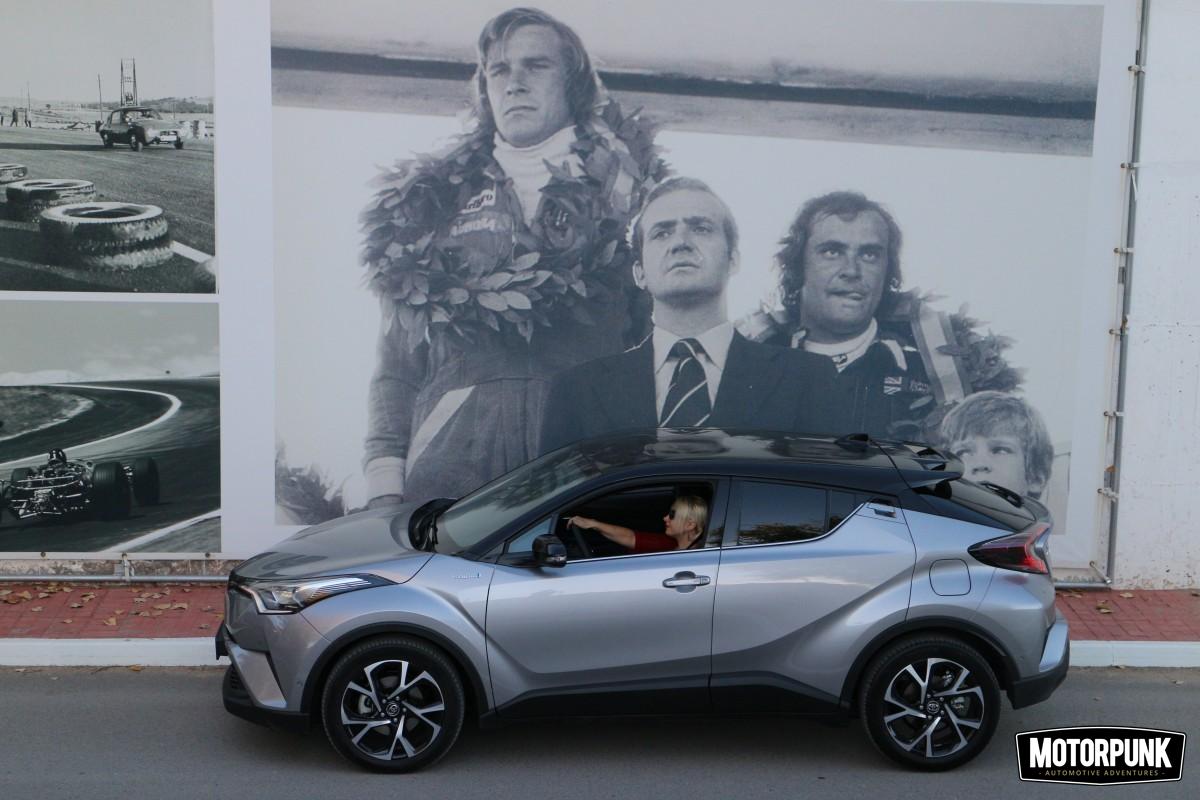 The Spanish Grand Prix is now held at Barcelona, I am seemingly alone in my love of clutch and the car buying masses think a three box shape is a dance move. They’ll love Toyota’s C-HR. Info on Toyota’s website here.