On a clear day, from the top of Dover’s famous White Cliffs, you can see the French coast – Flat Earthers will be disappointed to discover you can’t from the beach at the bottom. Nevertheless, at its narrowest point you can almost smell the artisan coffee, freshly-baked croissants and high tar Gauloises wafting across the Channel from 21-miles away, enticing 60,000 people and 12,000 cars, trucks and buses to take the 35-minute train journey through the Channel Tunnel every single day. But not today. As Britain broiled in another record-breaking heatwave, I was stuck, yet again, in a fractious crowd of marooned passengers, sweltering in a beat-up Saab with busted air con. Surely, there had to be a better way!

Technical issues with the train service had led to seven hour delays; the terminal cafes ran out of bottled water, classics overheated, families bickered and the mood got ugly as grumpy port officials banged on the bonnets of brazen (French) queue jumpers. But as Plato, Europe’s greatest egghead, once said, “necessity is the mother of invention”, and Britain is chock-full of inventors and innovators who brought to the world everything from the Internet to the jet engine. Maybe, I mused, one good thing that could come out of this growing Brexit chaos, and the inevitable carnage that will soon ensue at every crossing point to our estranged European neighbours, might be a practical amphibious vehicle for this cross-Channel commute. I mean, if Jakob Baulig could do it in 1935, how hard could it be?

Baulig’s ‘Land und Wasser Auto’ was based on a 503cc single-cylinder Hanomag 2/10. The modified pint-sized cabriolet, with just 9bhp thrashing through the paddles attached to its rear wheels, took 8 hours and 25 minutes to make the very first Channel crossing by amphibious vehicle. Returning to his native Germany, Baulig might have expected a hero’s welcome for this incredible feat. However, as the fascist party’s grip on the Fatherland tightened throughout the 1930s, the Jewish inventor’s reception was somewhat cooler than he hoped. After being tipped off that his invention was about to be confiscated by the Gestapo, the defiant Baulig decided to scuttle his record-breaking amphibious car, sending it to the deepest depths of Koblenz harbour, rather than letting it fall into the hands of Hitler’s henchmen. 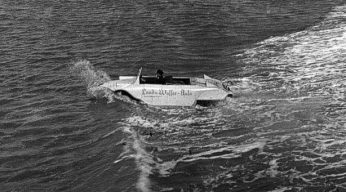 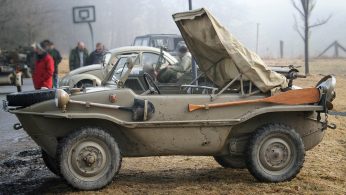 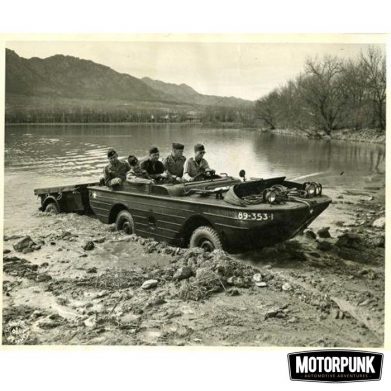 Thanks to Baulig’s middle-finger salute to the Führer, it took another seven years before the Nazi war machine could mass-produce the Beetle-based Schwimmwagen. Entering service in 1942, this was the same year that US boffins came up with the DUKW amphibious truck and the Ford GPA ‘Seep’ designed to traverse battlefields and bridge-blasted rivers. But the idea of using a civilian amphibious vehicle for cross-Channel commuting wasn’t really tested until 1965 when four Brits drove two Amphicar Model 770s from central London, across the sea from Dover to Calais, and on to the Frankfurt Motor Show.

Since then there have a been a number of record attempts to cross La Manche,as our French friends call it, in a weird and wonderful assortment of amphibious vehicles. In 2006, dressed in black dinner jacket and bow tie, Virginboss Richard Branson smashed the record in a Gibbs Aquada, reaching the French coast in just 1 hour and 40 minutes. The fastest crossing to date was set in 2008 by Captain Hawkins and Professor Näder, at the wheel of their Swiss-built Tonic amphibious car, in just 74 minutes – about 15 minutes faster than the current Dover to Calais ferries.

However, none of these civilian amphibious cars have ever made it into successful mass production. Even the famous German-built Amphicar was a sales flop; of an anticipated 25,000 annual sales less than 4,000 were ever built. But, as the clouds of this post-Brexit shitstorm head towards ‘this sceptered isle’ to bugger up our transport hubs even further, perhaps it’s now time for the UK’s pluckiest Pan-European travellers to reconsider the idea of a motorcar-cum-motorboat, and for British businesses to get onboard too. And, actually, I know just the man to become Boris’s new Minister for Amphibious Transport.

From a workshop in Sussex, Tim Dutton dominated the kit car world, employing 80 people and producing more than 8,000 self-designed Dutton sports carsbetween1969 and 1989. Stressed-out by his own success, Tim took a long sabbatical before picking up his spanners once again in 1995 with a new ambition to “build something that no one had got right in decades – the amphicar”. In 2006 he proved he was on the right track, successfully crossing the English Channel in a pair of Dutton Commander amphibious vehicles – a record-breaking feat since one of those Amphicars in 1965 was actually towed for part of the voyage. 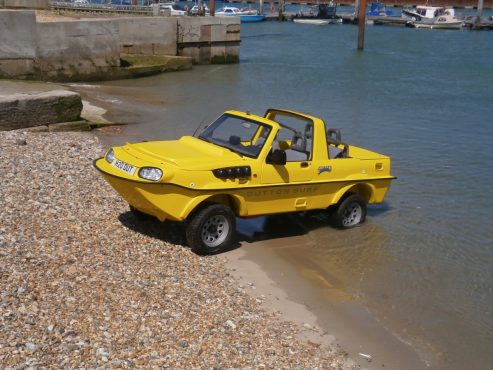 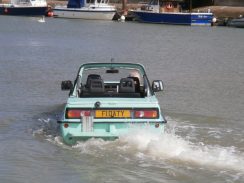 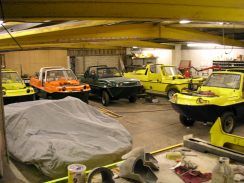 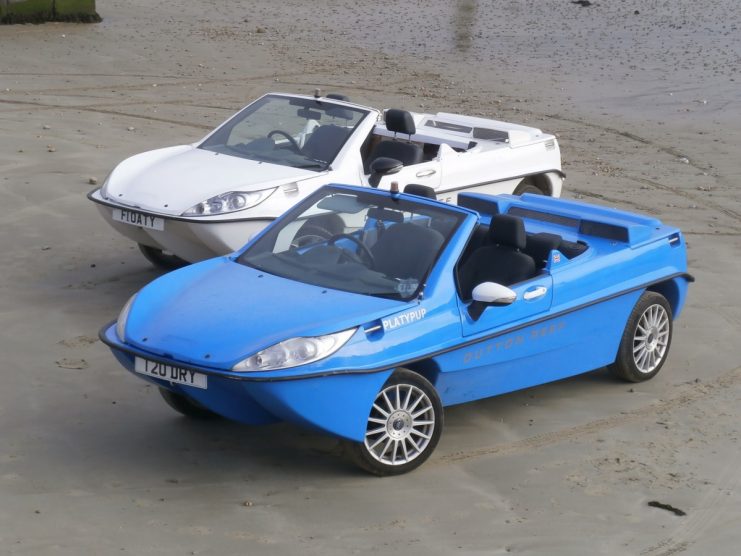 Today, Dutton Cars remains the world’s oldest car company to still be under ownership of its original founder and produces two ‘amphibs’ from its HQ on the English south coast: their newly-launched 2WD Reef, based on the Mk7 Ford Fiesta, and the 4WD Surf that uses the running gear from the last generation Suzuki Jimny. Although Tim’s boys will build you a vehicle for around £22,000 (minus the donor car), you can buy the Dutton Surf in kit form to build yourself at home from just £10,000.

About 10 factory-built cars are produced each year, some having gone off for military trials around the globe, and are fully road legal with a special dispensation to not include airbags which would, as Tim explained, “explode every time you docked”. On-road the Surf drives just like the old Jimny it’s based on (i.e. not brilliantly) with a similar top speed of 85mph, before switching over to jet propulsion as you drive off the beaches at Dover for a boozy week’s camping in the vineyards of Bordeaux. Admittedly, there might be a couple of legal snags with the coastguard, port authorities, immigration and passport control to iron out before we see convoys of amphibs swimming across the English Channel, but if this messy divorce from the EU provides Tim and his team with the impetus to upscale their business and put more Duttons of the driveways of Britain, then I’ll be the first to concede that perhaps Brexit wasn’t such a bloody stupid idea after all.