Here’s the little-known tale of how a rally-prepped mk1 three-litre V6 Capri helped one plucky Englishman smash the record for the gruelling Three Peaks Challenge way back in 1971 – a record that still stands to this day.

Any Brits with even a passing interest in the Great Outdoors or PE will have heard of the National Three Peak Challenge. Nowadays it’s championed by squads of ruddy-faced ramblers with predilections for Kendal Mint Cake and plastic jackets aiming to trudge Blighty’s highest hills in under 24 hours. But back in the 60s and 70s, when the media had a more Laissez-faire approach to road safety and speeding, keen fell runners hoped to tick off the peaks in half that time. You see the key problem in any record attempt wasn’t the climbs themselves, it was the 500 miles of dreary tarmac that your support driver would have to transport you.

Back in the day, a Three Peaks record attempt required runners to plonk a foot in the sea at Fort William before being chauffered to Ben Nevis, Scafell Pike and finally on to Snowdon in Wales to run to each summit and back to the car, only stopping the clock when the runner arrived in Caernavon to stick his other plimsole back in the briny. Clearly, a decent set of wheels and a ruddy big fuel tank were essential for any serious record attempt. 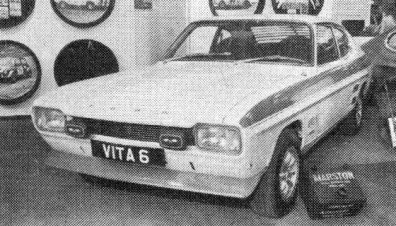 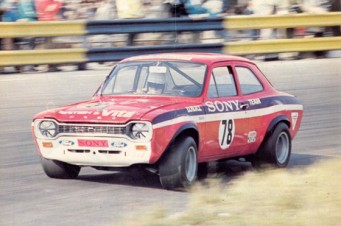 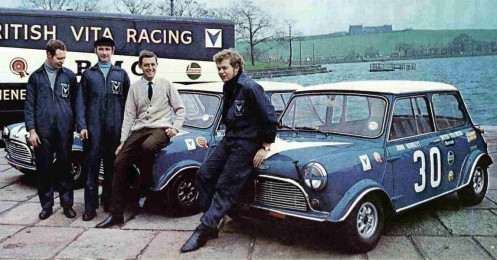 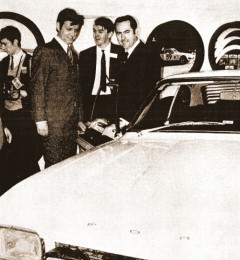 In 1971 the National Three Peaks record stood at 12 hours 27 minutes; a time set back in 1964 when Britain’s new motorway networks were virtually empty and the Traffic Cops, largely lumbered with wheezy Ford Zephyrs and Zodiacs, couldn’t catch you anyway! Luckily for legendary fell runner, Joss “hard as” Nailer, he was able to team up with fellow Cumbrian and respected rally driver Frank Davies who just happened to have keys for a AutoVita Developments (formerly British Vita Racing – more famous for its circuit racing Minis and Escorts) 3.0 litre V6 mk1 Capri. Known as the Vita 6 this monstrous rally-prepped Capri was fitted with a 100 litre long-range fuel cell, racing seats and precious little else in the way of creature comforts.

Thanks to Frank’s high-speed taxi service Joss completed the three mountains, from sea level to sea level, in just 11 hours and 56 minutes, a record that still stands to this day. Under today’s road conditions completing the modern day version of the challenge in under 20 hours is considered exceptionally quick. Very little has been written about what type of road speeds Frank was hitting as he ferried Joss around the country in ‘71; for legal reasons I don’t want to cast aspersions but I think it’s fair to assume that Plod would not have been very happy with Frank had they ever caught up with the flyin’ Ford, and probably why this ‘historic’ record is only ever spoken about in hushed tones these days. 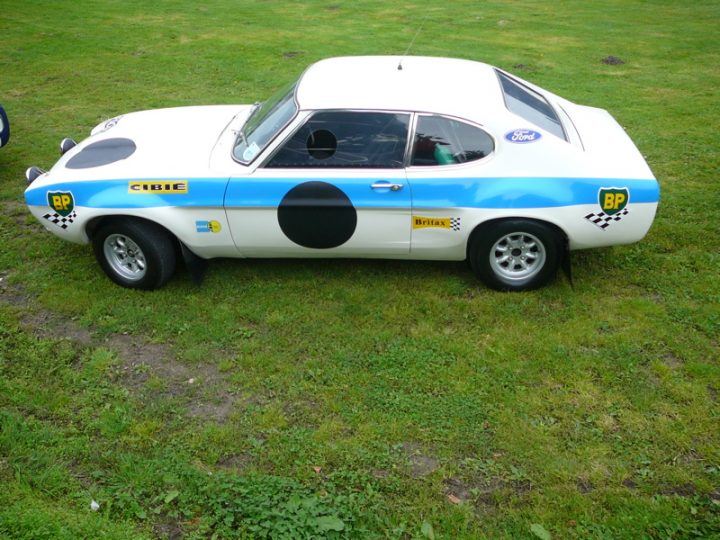 Nevertheless, Joss’s contributions to fell running were acknowledged when, at age 76, he was invited to be an Olympic torch bearers in 2012. His wheelman, Frank, was a keen outdoor sportsman and went on to run a very successful camping shop in the Lake District, he sailed the Atlantic and was still climbing into his eighties. Nobody is quite sure what happened to the third member of the team, the Vita 6 Capri, but AutoVita seems to have gone bust sometime in the mid 70s … soon after the MD started getting into speedboats unsurprisingly!

You can read more about how we at MotorPunk set the Automotive Three Peaks Challenge record, driving Britain’s three highest road passes in a Ford-powered V6 Morgan, here.