At the last count only 2 of the MotorPunk fleet of 6 convertibles was roadworthy. There’s a chance that the recent rain has turned the rusty gold Midget back into base elements by now but we love convertibles nonetheless for the fresh air, heightened sense of speed and the general feel good factor they offer. Are they cool, though?

Firstly perhaps we should define what a convertible is. To us, it means a car with a fully folding or removable roof, fabric or steel. This means excluding targa-tops, beach buggies, Caterhamthings (one word) and custom chop-tops. Cool or not, they’re not covered here. Pedants might debate the difference between a convertible and a cabriolet. For the sake of argument we’ll treat them both the same here. A convertible can often be a trade-off: Lose the roof and you lose some rigidity. There’s often extra weight too. But if the styling is something special, or the driving dynamics sufficiently rewarding, then perhaps this can be forgiven. I tried to work out a formula for this but having all the numeracy skills of a Greek banker, gave up. How to measure cool?

Where a car has been designed solely as a cabrio from the start, then chances are it is cool. There’s no design compromise this way. See the Honda S2000 and Alfa Spider for proof of this. These are great cars that happen to be convertibles because they were designed that way from the start – as a stand alone model. The killer detail is the windscreen and A pillars. They should be as slender, upright and unobtrusive as possible. Convertibles based on existing saloons or hatchbacks are compromised by their shared use of massive windscreens. This leaves the driver sitting under an acre of glass and plastic. Not cool. Hatchback-based cars with folding metal hard tops are particularly uncool. Have you seen the thickness of the windscreen frames and A pillars on a 308cc or VW Eos? Drivers may as well have opted for the ordinary version of their car, they’re all ‘face’ but viewed from the back or side they looks so awkward. Buyers of these are confusing fashion and style, big windscreens aren’t stylish and style = cool. The less glass, the better. For example: Show us something with just wind deflectors that isn’t cool.

So, to sum up, here’s the rule of cool for convertibles; If a convertible is based on a hard-topped version of a car from the same stable then it isn’t cool. If it was designed as a stand-alone convertible from scratch then it is, regardless of how it drives. Don’t agree? Let us know! Or just park a Mercedes SL next to a Peugeot 307CC and see for yourself. 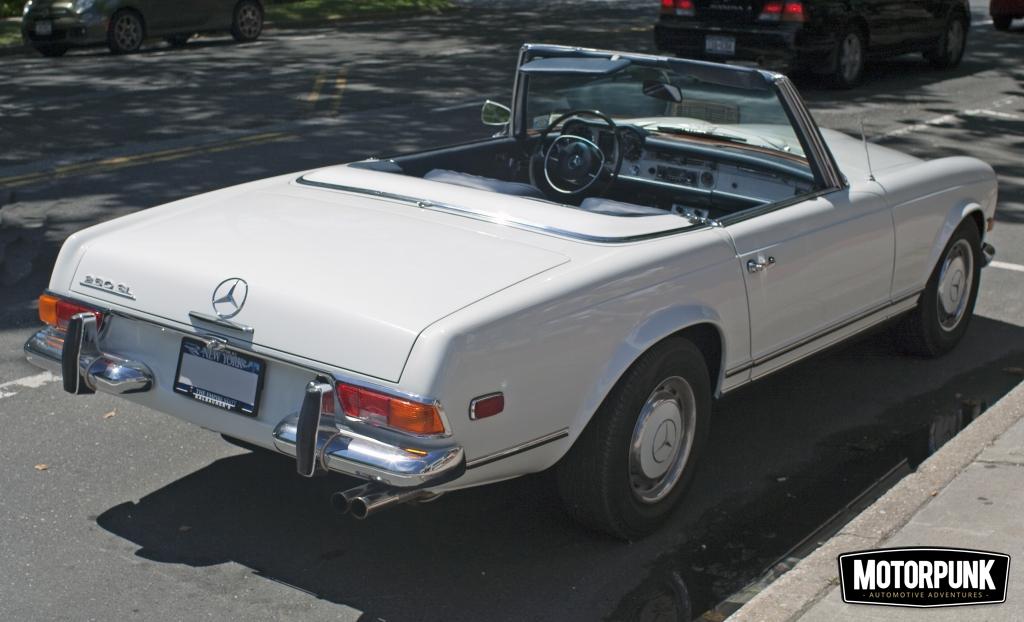