When Richard Fairbairn acquired this Jaguar E-type it was nothing more than a decoration in someone’s field; with no doors, no windows, no bonnet and no identity it had been left to dissolve and was well on its way. But Richard, no stranger to custom bikes and hotrods, saw his one chance to create a Frankenstein’s monster from a national treasure and seized it.

The rescued shell sat dormant while initial build plans were discarded and a Reliant Scimitar chassis came and went. It was when Richard met Mike Hill from Survivor Customs that the ball started rolling. Mike is undoubtedly a talented fabricator but importantly he had the artistic flair that Richard was looking for. When Richard was convinced that he and Mike were on the same page regarding the concept, Mike was given full creative control over the Jag. It then started to grow organically around Mike’s day job. 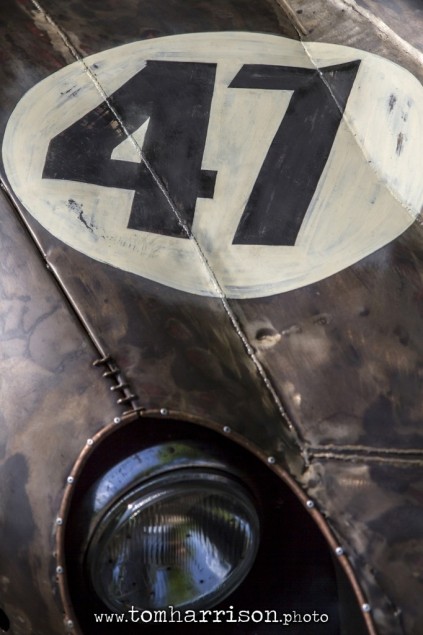 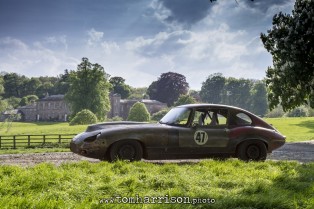 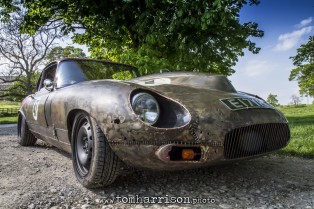 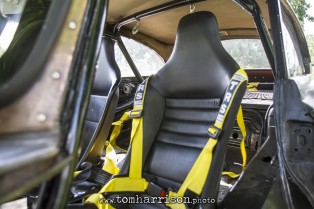 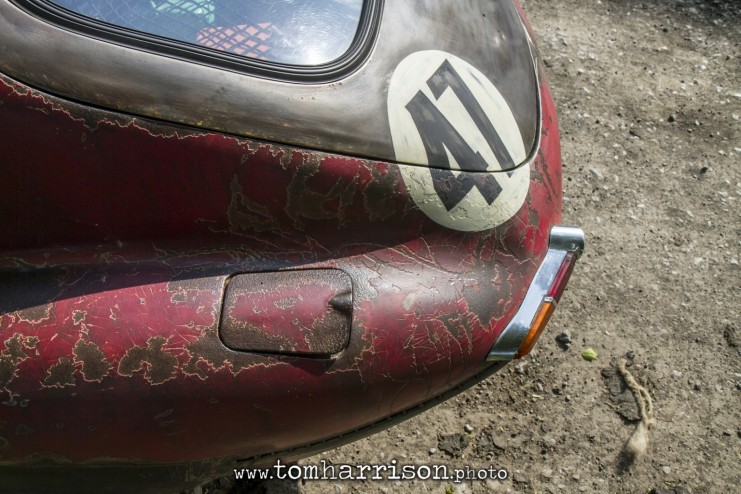 The most significant step forward was deciding on a donor vehicle. Mike purchased a BMW E30 Cabriolet from a friend, which proved to be an excellent starting point. The E30 Cab features particularly robust sills, which provided a solid point of contact for the frilly E-type shell. The engine in the BMW had already been replaced with the 24v, iron blocked M50 from the later E36, delivering 190bhp in standard trim. And most importantly, the dimensions in terms of wheelbase and track, were close enough to make it work with relatively minor modifications, despite Mike losing count of how many times he had to fit and remove the shell and bonnet.

Because the car developed slowly it’s packed with small visual details that may not have happened if the project had a hard deadline. Copper brake lines have been riveted into service as headlight bezels and there is a copper frame filling the gaps around a windscreen that was never going to fit. The nose cone is heavily modified, and looks as if it’s caught a few stray shotgun pellets, but is still unmistakably E-type. Naked steel bobywork, and what’s left of the original red paint, is protected by a layer of incredibly tough yacht varnish; add in a lot of heavy handed stitching and you can see where the constant Frankenstein references come from. 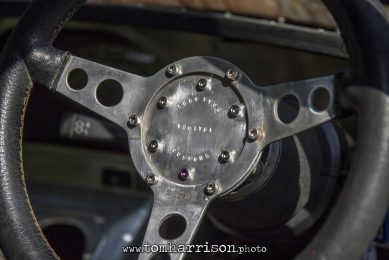 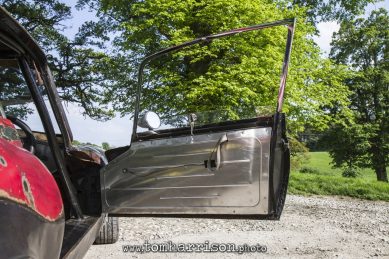 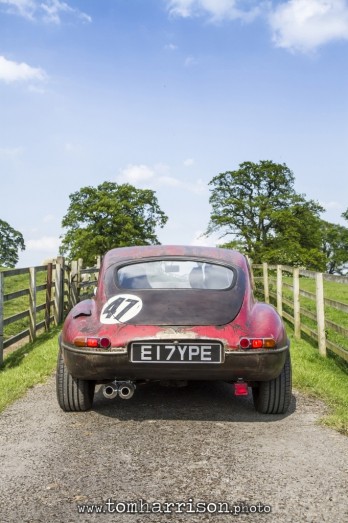 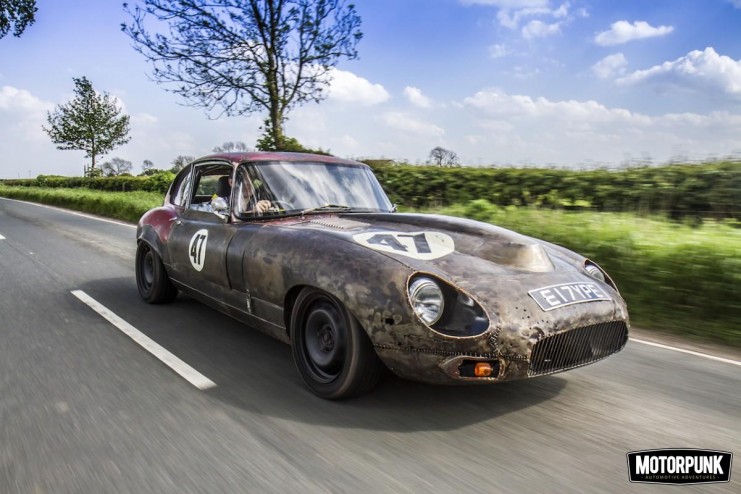 The finished car was wired up by Mike’s workshop neighbour and fitted with a custom prop shaft and banded steel wheels. The slim and lightweight Lotus Elise seats are the only thing left from the aborted Scimitar donor vehicle and are a perfect fit. The whole thing breathes through a modified bike exhaust and it has a vicious, raspy snarl.

After all that effort to create a truly unique car it’s fair to say that the reception has been mixed. I love an E-type as much as the next man, but I also love something that splits opinion. I enjoy seeing the authoritarian buzzkills of car culture have their cages rattled. Please remember, before you cry sacrilege, where this story started and that no healthy E-type was harmed in the making of this vehicle.

Words and pics by Tom Harrison 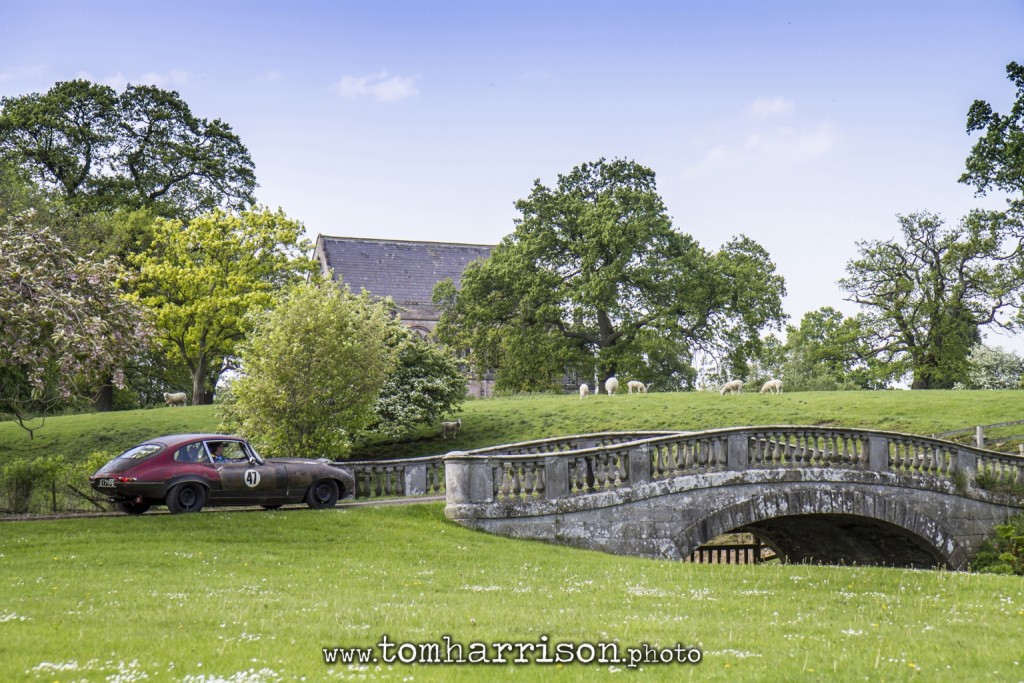