What happened when Herbie stopped going bananas and calmed the actual fudge down? And what became of KITT once he couldn’t soft-soap David Hasslehoff any longer? And just where did the General Lee skulk off to once Daisy Duke’s bum cheeks could no longer fit snuggly into tight denim shorts?  Yes, we fondly (very fondly in the case of the latter) remember them as if it, and indeed they, were yesterday; yet what REALLY became of the TV cars of our youth? MotorPunk goes in search of the truth. Or at least, a version of it. 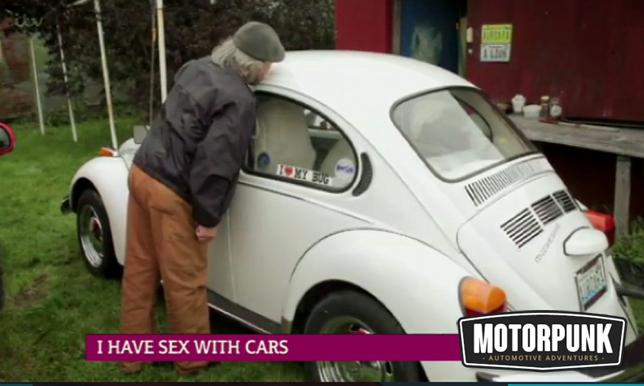 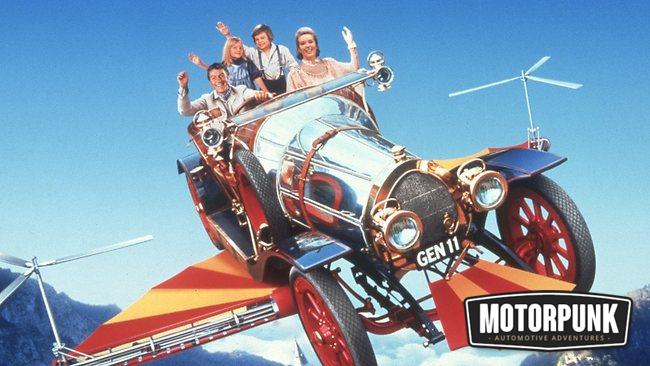 Chitty Chitty Bang Bang (fictitious vehicle designed by Ken Adam and built by the Ford Racing Team, powered by Ford 3-litre V6 engine, with dashboard plate from a British World War I fighter plane) – Chitty Chitty Bang Bang ended up in rehab after going on an unprecedented four day bender in Vegas, triggered – according to critics – by being habitually forced into appearing in sugary sweet and so-friggin’-nauseatingly-cute film roles for all of its working life. And surrounded by shit English thesps and irritating stage children. At one point a clearly desperate Chitty was even said to have toyed with the idea of dabbling in the soft porn film industry after reading a screen test for ‘Shitty Shitty Gang Bang’ ,pulling out just before shooting was due to start. 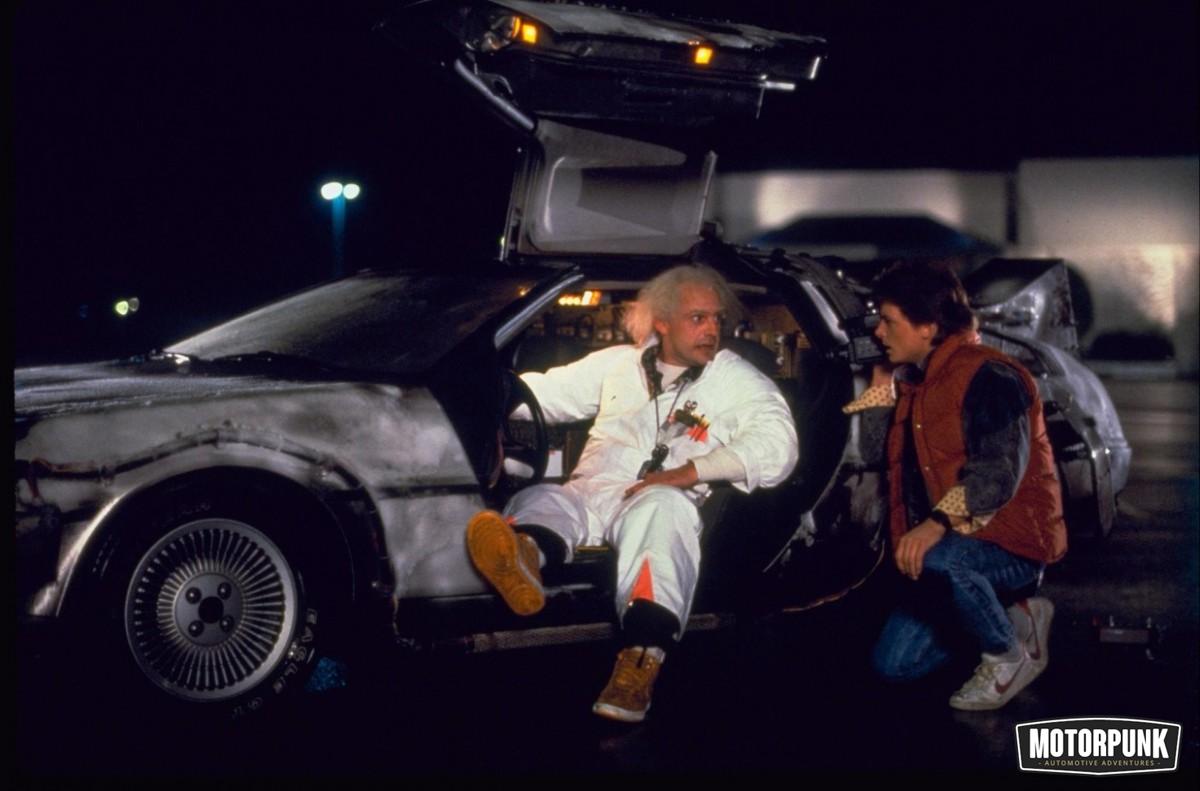 1985 DeLorean DMC-12 (Back to the Future) – Not knowing whether it was coming or going in the end, the DeLorean which automotively starred in the Back to the Future trilogy opted to go full on backwards. Admittedly reversing not quite as far back as 1885, nor indeed, 1955 as predicted, yet straight into the shuttered windows of liquor stores and 7/11s in its ‘hood, and subsequently making off with stuff, simply to feel alive. 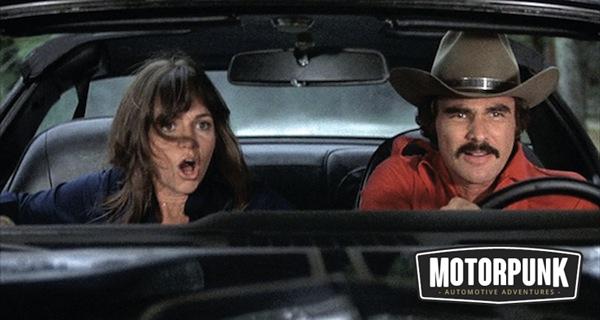 1977 Pontiac Trans Am (Smokey and the Bandit) – The 1977 Trans Am wound up having gender realignment, after reputedly being ‘all testosterone’d out’ by being in the constant company of uber machismo man and muff-magnet, Burt Reynolds for a sizeable passage of time. We have it on good authority that she’s now happily married and goes by the name of Patricia, and displays fluffy animal-esque things from her rear view mirror and has The Carpenters on continual 8-track loop. 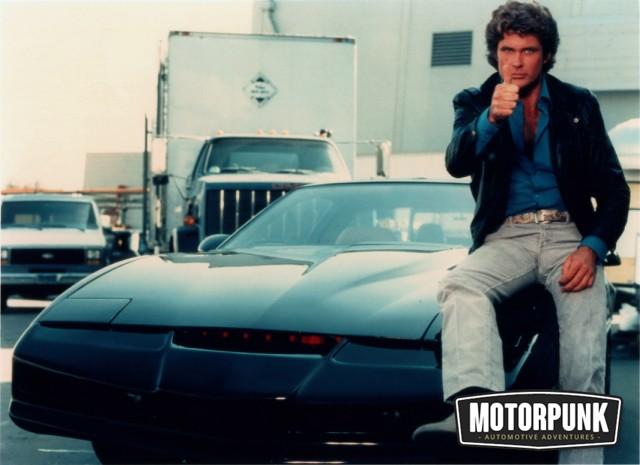 KITT (1982 Pontiac Trans Am – Knight Rider TV series) –Not hard to imagine for fans (seeing as he was so condescending and self-satisfied during his on-screen career) legend has it that KITT naturally moved into the arena of politics thereafter. Running for governor of Orange County, KITT steadily climbed the ladder culminating in taking office in Orange County’s Government Centre. However his political career was short lived after he was unceremoniously busted/caught in illegal possession of a Monica Lewinsky and a half consumed cigar in his passenger seat whilst parked up in a disabled bay behind the white house, compounded by the fact his engine was running and failed an emissions test on the spot. KITT was immediately stripped of office and last heard doing TV commercial voice overs for a manufacturer of food blenders in Ohio. 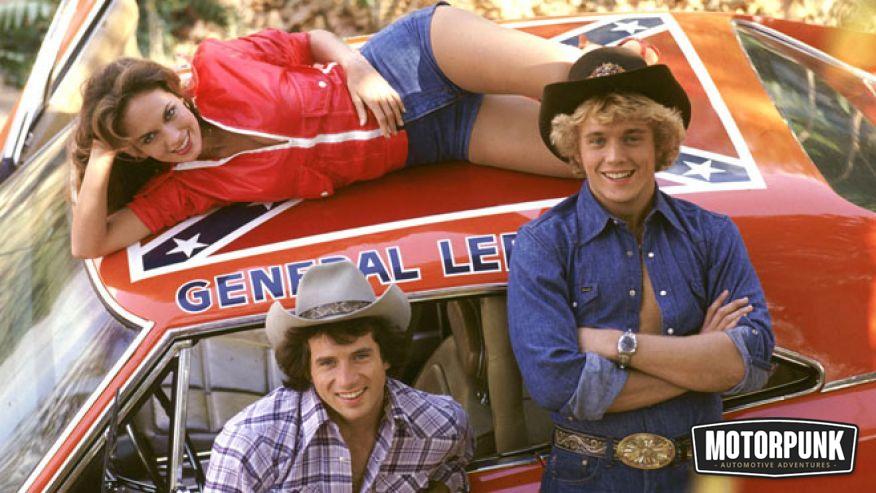 The General Lee (1969 Dodge Charger – The Dukes of Hazzard TV series) – All those never-ending ravine and road block jumps seemingly took their toll on the General, which is why it’s perhaps no surprise to learn that the old General had undergone two hip replacements and several episodes of exploratory talus surgery and was reliant on a stick to get about. And by that we’re not referring to a means of transmission as Yanks tend to call the gearknob. According to reliable sources he now wiles away his days slumped in front of a Hazzard County rest home’s communal TV watching repeats of the Fall Guy, telling anyone who cares to listen that he could “Well jump higher and further than that piece of shit truck Majors used to drive”. And that he had ‘had’ Daisy Duke more times than he could remember. Mostly across the bonnet area. 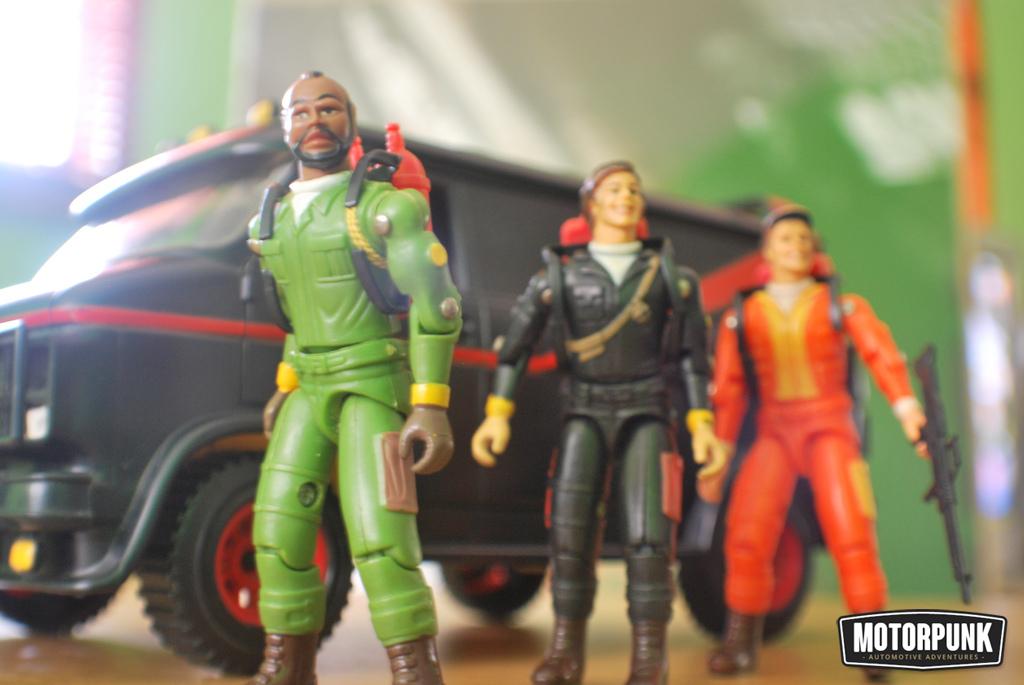 The A-Team van (1983 GMC Vandura – The A-Team) – Once work transporting the likes of Howlin’ Mad Murdoch, Hannibal Smith, B.A Baracus and Templeton Peck (aka, the Face) finally dried up, the GMC Vandura was purchased and converted by a family of Mormons for religious practices. They have since used their Mormon Attack Vehicle for many years to spread the good word of the lord to heathens living across Maryland. Immediately stripped of its (obviously) debauchery-spec red body stripe and loose living wheel arch extensions, the GMC vehicle is said to be completely distinguishable from its guise in a previous life and can often be heard coming down the road – not by the sound of screeching tyres and Howlin’ Mad Murdoch hanging from its back doors alas – but rather by the sounds of immense happy clapping and religious flavoured sing-songs. 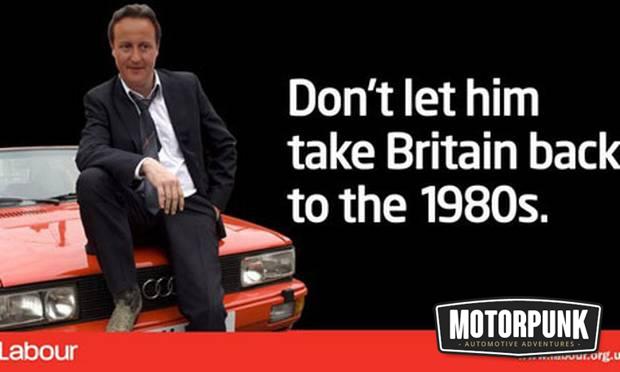 1983 Audi Quattro (DCI Gene Hunt’s car – Ashes to Ashes TV series, 2000s) – Like everything left unattended for more than 5 minutes in Thatcher’s Britain during the 1980s, the Quattro almost instantaneously became privatised and never ran the same again. Routinely trotting out any number of excuses to explain away its general lateness and how the wrong type of leaves hampered its timely progress on the roads, the Quattro embodied all that was once good, but then suddenly incomprehensibly bad about transport in the 80s. Plus it smells of unmistakable northerness. 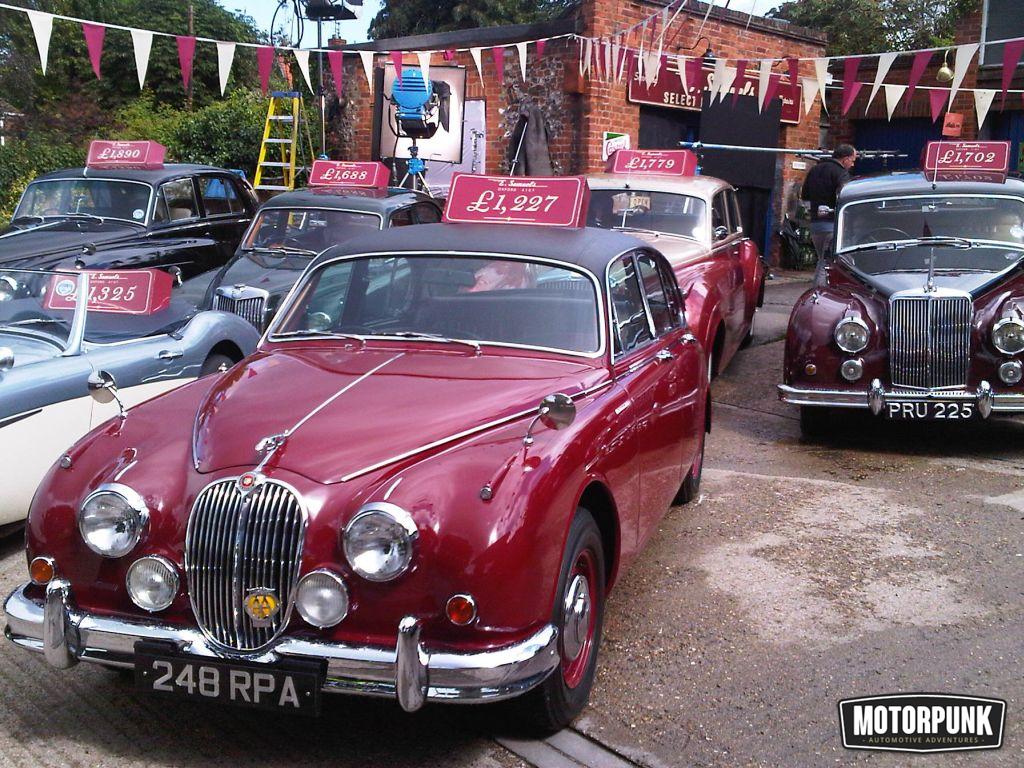 Jaguar Mk II (long-running TV detective, Inspector Morse’s car) – Once demand for the public appearances had waned, the Jaguar Mk II was left with no choice other than to fall back on its Gentleman’s Club interior and declare itself a den of inequity. Prostituting itself freely amongst well-to-do clients who operated under the cover of Oxford’s dreamy porn spires, the Shaguar became a byword for both loucheness and drunkenness, until it ended up being diagnosed with a host of STDs and being sent to a clinic where it’s wiled away its every day thereafter staring affectionately at a dashboard-mounted framed picture of the late John Thaw. 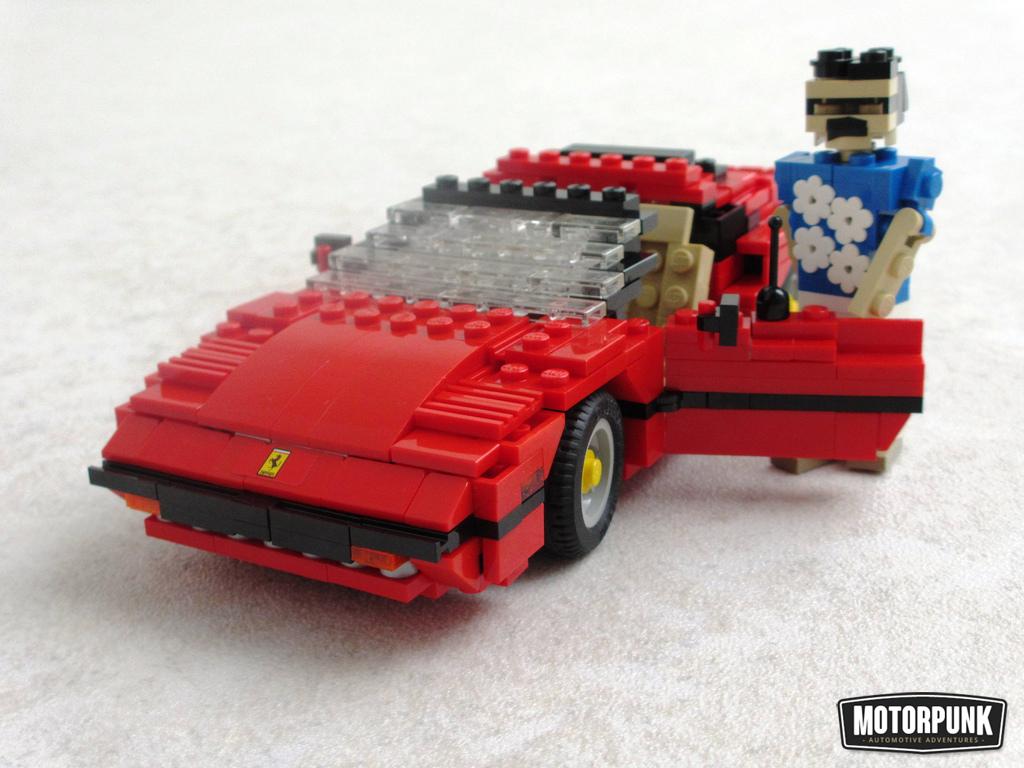 Magnum P.I’s Ferrari 308 GTS – Mentally scared for a long time after Selleck had removed his every chest and ‘tache hair from its interior, the Testarossa slid into a life of desolation once the cameras had stopped rolling. Petty crime supplemented the meagre living it made from turning up at the opening of classic car shows and argued relentlessly about on forums, right up until it was arrested for kerb crawling on sunset boulevard once too often. It was joined in the ensuing ID parade by the Fezza that Don Johnson used to drive in Miami Vice too, for reasons unexplained. 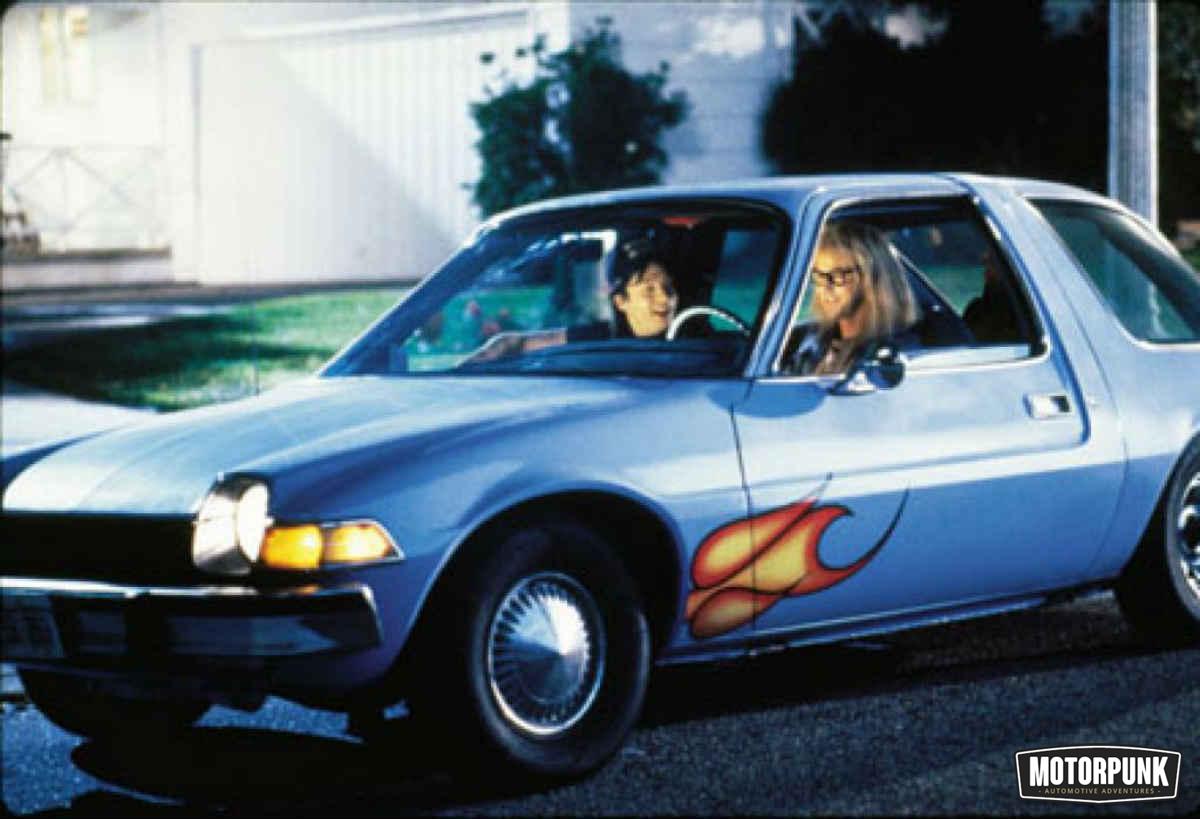 1976 AMC Pacer (Wayne’s World’s, 1992)– The humble little shit box Pacer finished life as it had doubtless come kicking and screaming into it, ergo rammed to the gunnels with steaming Papa John’s pizzas and ragged around every street in downtown Aurora, Illinois by an acne-riddled post-pubescent with personal hygiene issues and an unhealthy infatuation with Motley Crew. Apparently the Pacer shat its rear pipes when it eventually got the chance to see a member of the opposite sex naked. 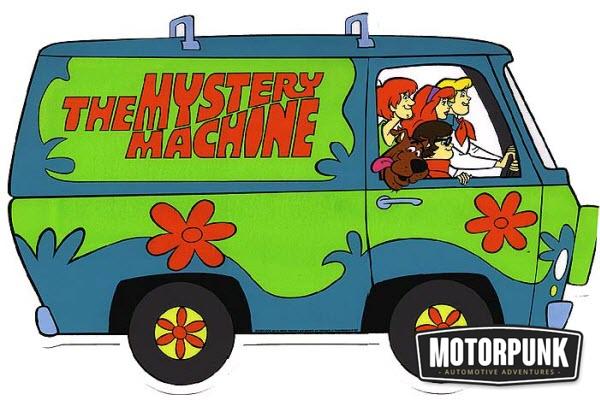 Mystery Machine (Scooby Do, TV series and film) – What else could it realistically be used for after a (televisual) life of transporting a rabid and talkative hound around in, other than as a mobile dog grooming service. Often spotted in the ‘burbs of downtown LA, this re-custom-fitted Ford Econoline van has regularly been regarded in this neighbourhood as amongst the top 1000 mobile dog grooming services in and around Hollywood, attracting a client list which is said to include Paris Hilton and Simon Cowell. The latter rumoured to have his chest carpet routinely shampooed as part of a special 2-4-1 deal on Tuesdays. 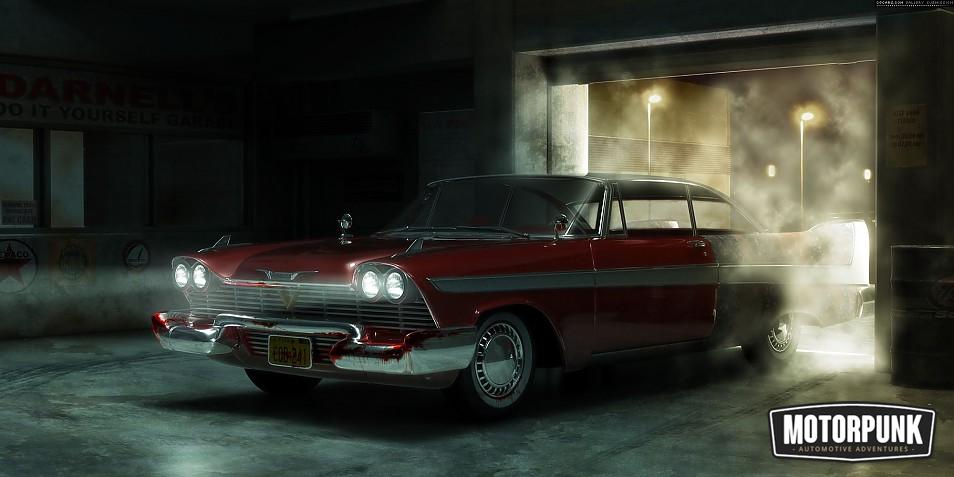 1958 Plymouth Fury (Christine, 1983 film) – Not long after the film was ‘in the can’ as they say, the hitherto malevolent ‘Christine’ experienced something of a cathartic moment quite out of the blue. Nobody knows to this day the when, where and why, only that is culminated in Christine turning her back on evil (and subsequently her life around) by conversely  signing up to become a hospital taxi service for the elderly and infirm of Libertyville, Pennsylvania. Christine continued offering this transportational service up until 2008, when she quit the job to become a voluntary counsellor at a local women’s refuge which helped the victims of domestic abuse.