Come and have a look at what you could have won. No, not the speedboat.

Ding diiing, ding ding de ding de ding ding diiing de ding (etc). We all know the tune, and the show, Bullseye was a classic ‘80’s gameshow fronted by Jim Bowen. The most northern of northerners and a heavily bespectacled man with a face like a Bo-Selecta character. Teams had two players, a dart player and a non dart player, who could win various prizes by scoring points on the board and answering questions correctly. At the end of the show contestants could gamble their winnings for the chance of taking home the star prize, which was sometimes a car. An unemployed plasterer from Tamworth winning a speedboat is worthy of a feature of it’s own, but MotorPunk does motors, so come and have a look at what you could have won… 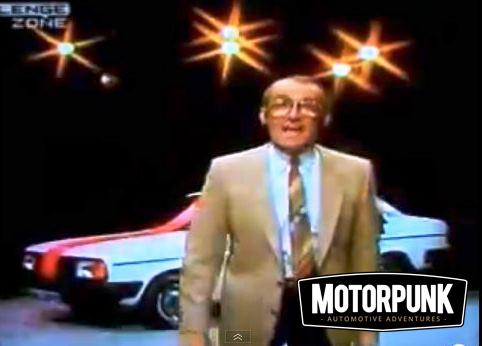 Bullseye first aired in 1981. A time of industrial unrest and the decline of Britain’s traditional industries. Contestants were invariably working class blokes with a mullet and ‘tache called Brian. At the time there was a limit on TV show prize funds by the broadcasting authority so perhaps we can understand why Bullseye could only afford to offer a Morris Ital as their first star prize. A ribbon (or tow rope?) was draped forlornly over it’s length but there was no hiding the fact that the Ital is crap. (See MotorPunk issue May for more of that). Nobody won it but the show’s first series was a success.

Things stayed BL and in ’82 Bullseye offered dart-chuckers the chance of winning the relatively new (and half decent) Austin Metro. This was worth about £3000 and when steel workers in Nylon trousers and hallucinogenic shirts won it you could forgive them for jumping around and hugging Jim Bowen. Inexplicably, and perhaps because the producers had broken the bank in awarding the Metro, a Mini was then offered for subsequent episodes this year. 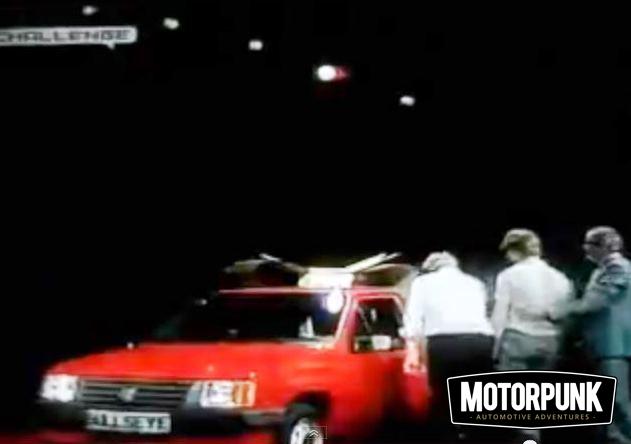 In ’83 came a red Vauxhall Nova, quite a nice little thing in its day. Although in Bullseye fashion this one was the base model; a spartan 2 door hatch without wheel trims or even a passenger’s side door mirror. Watching some YouTube footage of this (and apologies for the low-res pics we’ve screen grabbed to illustrate this feature) a Father and Son team are clearly pleased to win the Nova but it appears that something falls off it when they open the door and their faces drop. “Don’t worry about that!” says Jim hurriedly as the credits roll. 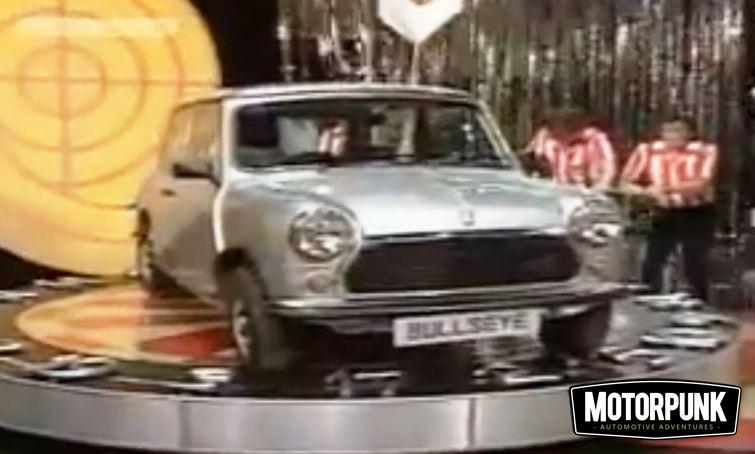 For the 1984 series the Mini was back, in silver, it looks great under the bright lights now but was scraping the bottom of BL’s barrel back then. Contestants might have hoped for something that wasn’t designed in 1959 for carting their family “watching back ‘ome in Rotherham” about in. The MKIV Mini featured hidden door hinges, wind-up windows and a slightly updated A series engine. “There’s 25 years of British engineering there!” declared Jim proudly, fooling no-one. 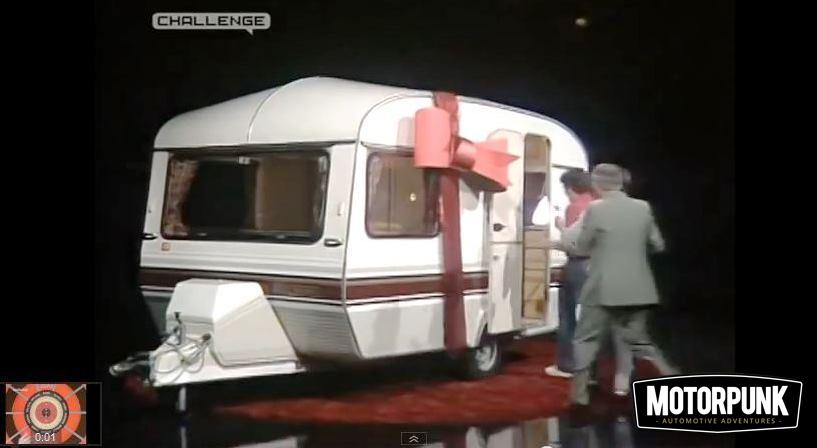 Of course, the star prize wasn’t always a car. Host Jim enthused over anything and everything people won. Winners in the 1985 series mainly won fitted kitchens, holidays abroad (considered quite an event back then) and the kind of caravan your parents told you to stay away from as a child. It looks even more like a rapist’s lair today. Jim Bowen lacked nothing in enthusiasm but more than once he struggled to read his cue card and read both question and answer out at the same time. “In which city of the United States was John F. Kennedy assassinated in Dallas, Texas?” Followed once, memorably, by “oh bollocks!” 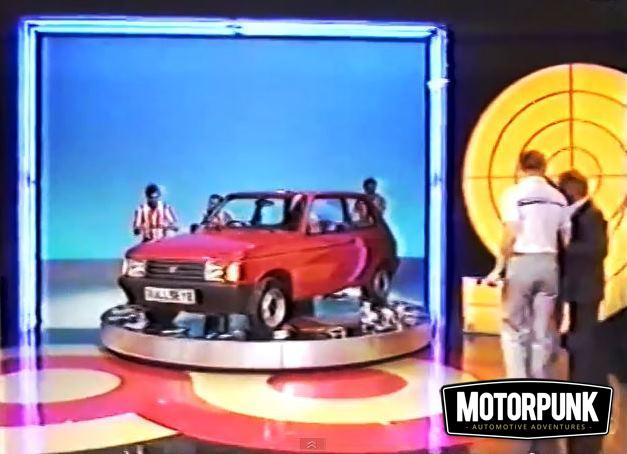 In ’86 contestants had the chance of winning a Talbot Samba, presented on a turntable, with it’s hazard lights flashing. Like the Metro we’d be quite happy to have one in the MotorPunk garage today but at the time the Samba was a last gasp from a company in terminal decline. Talbot stopped making cars in ’86 and were euthanized by parent company PSA shortly afterwards. Jim liked it though. “It’s got electronic ignition!” he exclaimed to a happy pair from a Plymouth pub team, followed by “it’s the finest in British craftmanship!”. The Samba, of course, being slapped together by militant workers at the PSA factory near Paris. 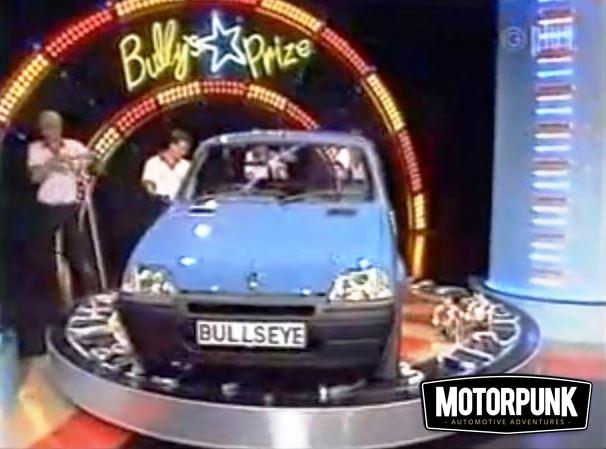 The (facelifted) Metro appeared as a prize again in the late 80s although to Jim cars were just shiny prizes to be exited about. We can forgive him this, of course, because he’s an icon for those of us of a certain age. Watching the show back now I’m surprised at how difficult some of the questions are and how well-read some of the contestants were considering their usually humble backgrounds. Who resigned as Prime Minister of Israel in 1983? A Glaswegian barmaid (the non dart player in the team) answered correctly* and eventually took home a Metro. Not a bad car, but even an Ital beats BFH**.