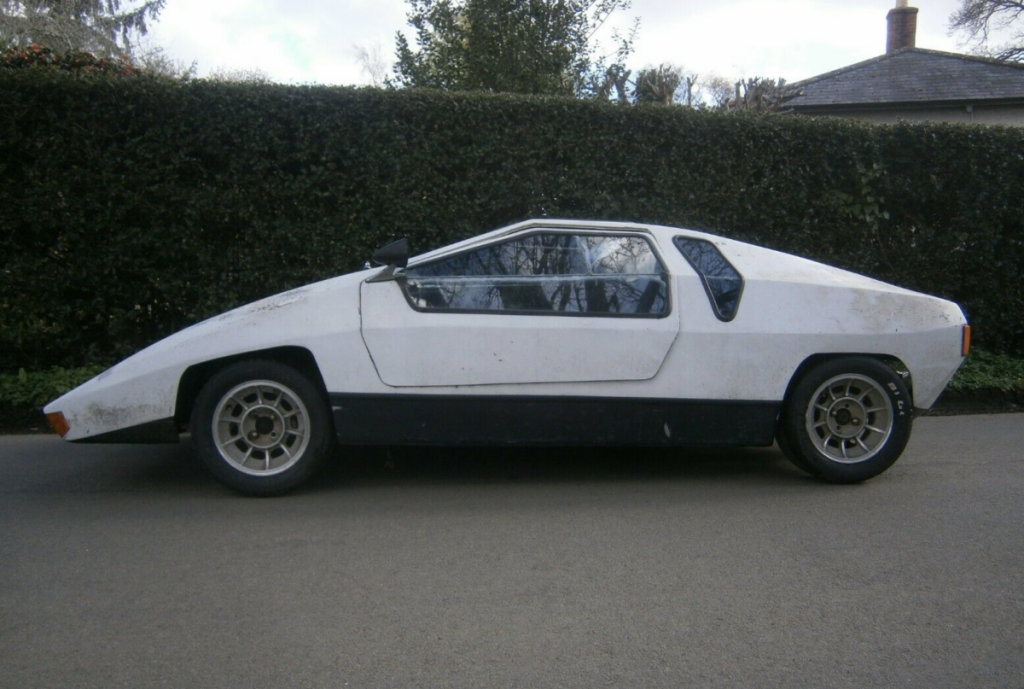 If you are a fan of all things Lotus I beseech you, look away now. Recently imported from the US, this poor thing has been under the knife and it hasn’t aged well. Underneath the putrid, risible, carapace is a Lotus Europa S2 begging, no, screaming to be released from humiliating incarceration. 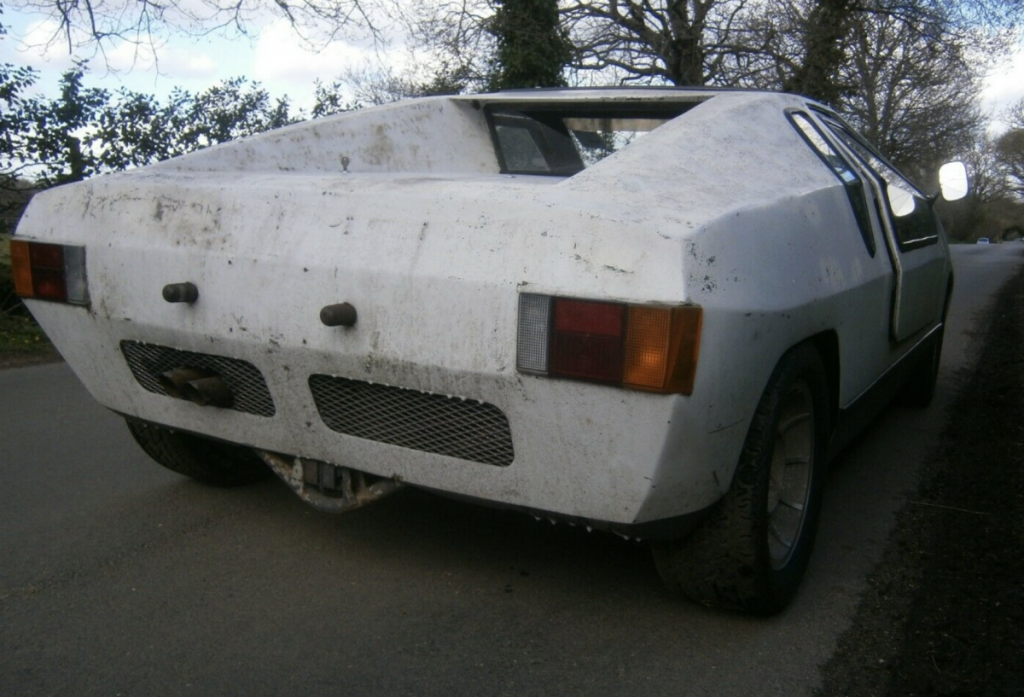 Let’s just soak up that side view for a moment and admire that proboscis, not seen since a certain French sword slinger of 17th century fame. Feast on the origami styling, as crisp as last weeks lettuce. See the squared off arches the shape of the windscreen, and the doors, remind you of anything Italian? It might if you are Mr Magoo. Enjoy the aesthetic beauty of that door; see how it tapers off with all the serendipity of an out of tune piano, pointing halfheartedly toward the rear quarter window of bizarre proportion 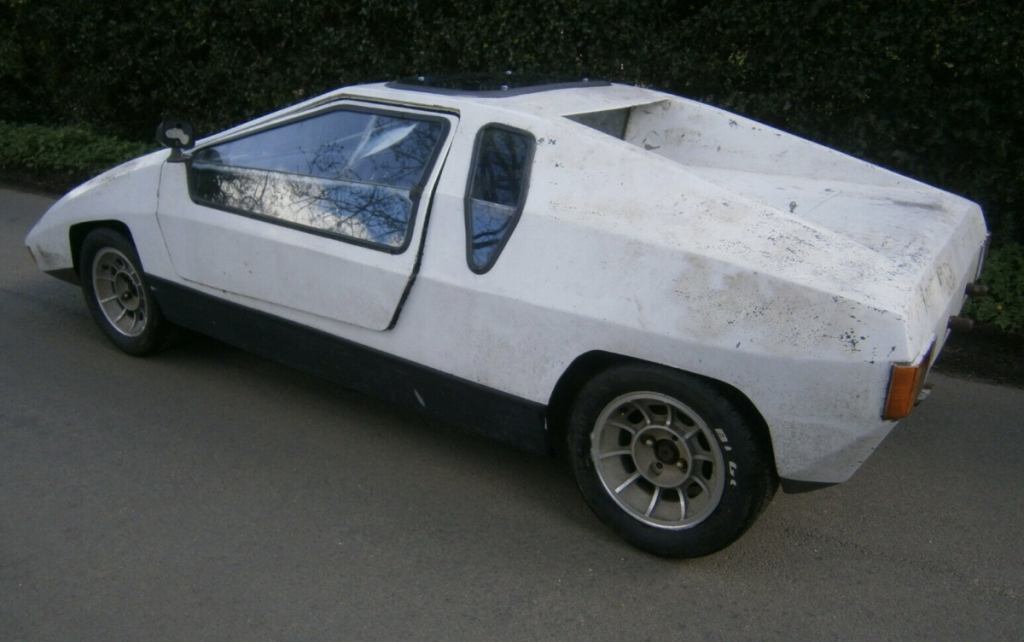 Those doors and sunken pop up lamps suggest a finesse of panel alignment only previously under achieved by a disgruntled ’70’s British Leyland nightshift worker. Note, no door handles- this is by design- ingress and egress are enabled by solenoids. No opening windows either, enabling the driver to resemble a baked potato in high summer – Good job the aftermarket sunroof was slapped in. 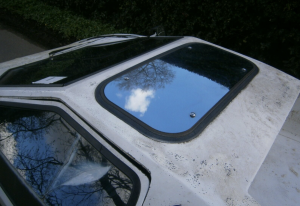 Its not all bad I like the wheels and the interior still gives off accents of Lotus, plus if you stand far enough back from the rear ( about 400 yards) and squint, really squint. you might think, you know, its something Italian… 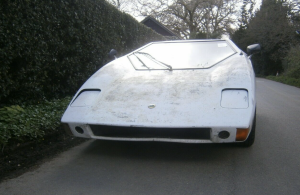 The advert on Ebay motors UK site is no doubt, tongue in cheek. It states-

Maybe, if your idea of different is say, wearing a frozen turkey as a hat, or dressing up a second Gen MR2 to poorly resemble, you know, something else Italian.

Okay, Enough of the negative vibes. I’m no one to judge, I couldn’t build a car out of Lego. Beauty is in the eye of the beholder and if you salvaged half a Europa and cobbled up this creation in your shed you’d love it just for what it was, and more power to you. 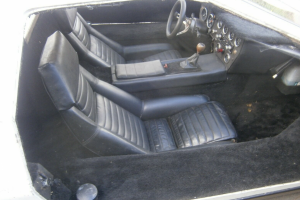 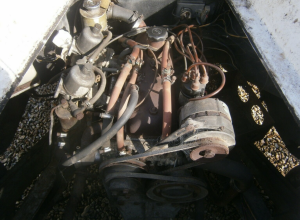 You could have an absolute hoot with this thing, It could make a mad track day car or a twisted sleeper for 24 hours of Lemons, or simply take it to cars and coffee and park next to the high end stuff. The dentist in the 360 will want to pull your teeth out, while the Porsche gang will twitch involuntarily. True, some might look at you as a person who frequently drowns kittens, but the banter will be excellent. the facial expressions priceless, and the lies you can spin, enormous. 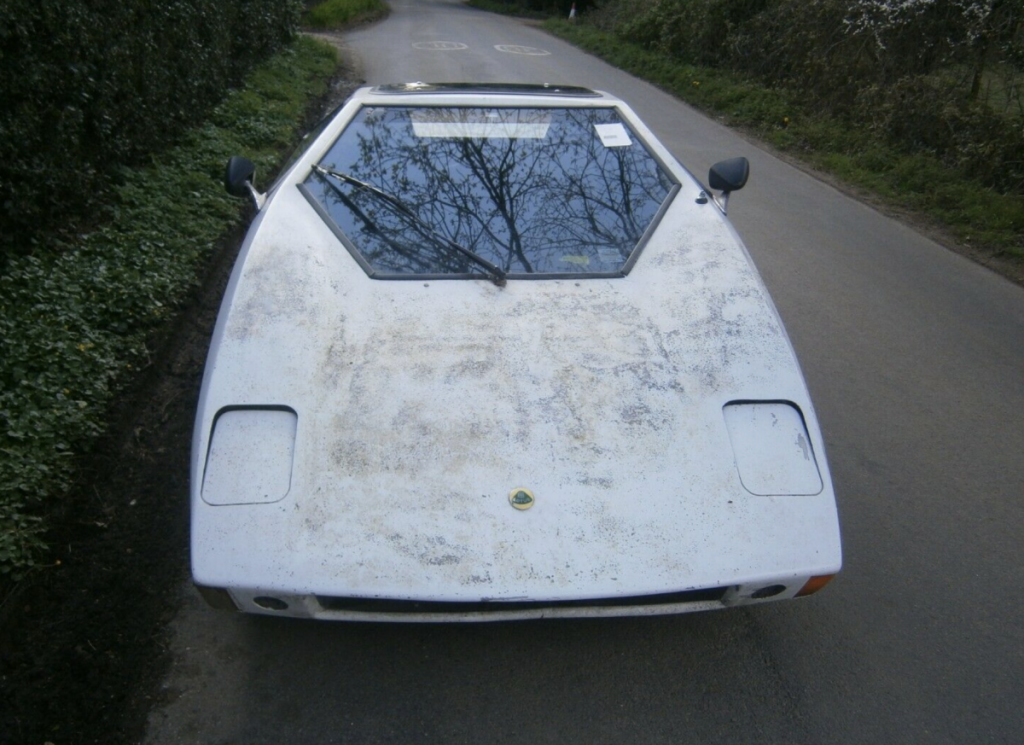 If you’re up for it, here’s the Ad link. Be sure to let us know if you press the buy it now button.