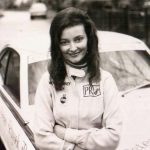 Racing is a ruddy expensive business. The lower formulas are full of folks funding racing with remortgages, loans or by simply living off Aldi baked beans and tap water. Any sniff of sponsorship gets quickly snapped up. Only Lord Hesketh could afford to turn sponsors down and that decision eventually helped to bankrupt him. Wendy Markey started racing (for a bet) in 1973, she borrowed a Honda S600 and entered the production saloon car championship race at Oulton park. After a successful season she was offered a drive in a Mazda RX3 in the 1974 touring car championship.

Now here comes the crunch. Sponsorship for Wendy’s RX3 drive was offered by Penthouse magazine, which might have been amusing for a someone like James Hunt, but who knows what she made of it? I have tried to track her down, without success, but history shows that she competed successfully and went on to have a decent career setting a fastest lap at Cadwell and also competing on the continent in touring cars at Spa and the Nürburgring. Minis followed and a classic BMW but eventually the funds ran out. This is all good for a male driver, but pretty impressive in an era where the only women in racing were usually pit girls and tea ladies. In addition to that, doing so with the name of a grot-mag plastered all over everything is pretty heroic in our eyes. 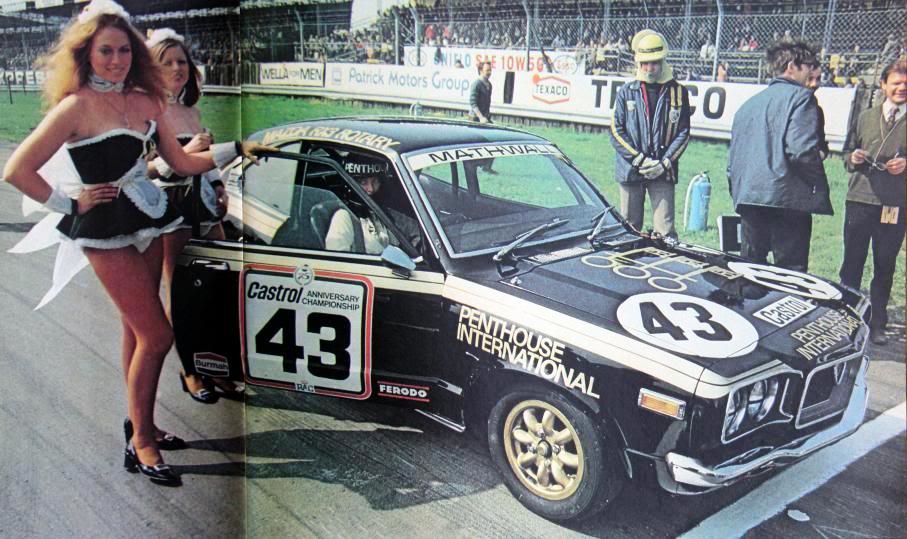