This story was originally published in the ‘print’ version of MotorPunk some time ago. I thought we should re-run it as it never fails to make me smile; Many years ago when visiting a Ford factory I heard an amusing story about a chap with a Lotus. The story had stuck in my mind ever since and when we started MotorPunk we agreed that this is exactly the kind of tally-ho story we should feature – if the story is I’d heard was true, of course. A bit of hunting on the internet found Nic Olsen and I emailed him to ask if the story I’d heard all those years ago was true. Some time later I got a reply. His email reply reads as follows, I’ve removed reference to his current place of work, but the rest is completely unedited;

“Sorry for the delay in getting back to you but as you can see its quite a complicated story. Yes I used to work at Ford transit plant many years ago, and then employed by Lotus Racing for a year or so until it folded, when I took up my current job.

Back in 1985 I bought one of the last Giugiaro Esprit HC in a pretty red colour (flame red as it turned out). All went well until after about 3 months it developed a gearbox noise, Spinks of Bournemouth were called and arrangements made to pick it up from Ford’s car park.  A couple of hours later I had a good news bad news phone call, where the garage explained the car had been involved in a small fire, but that the fire was out! Later that day I was given a lift to Bournemouth to examine the car, the rear of the car was completely missing and it was obviously a write off. I met with the driver who had picked it up and he explained how he had heard a nasty noise but assumed that it was the gearbox noise I had complained about. It was in fact a faulty ignition barrel that left the key in the “crank” position, meaning the starter motor was permanently engaged, no wonder it made a noise!

The continual current draw had caused the wiring to overheat and short out creating the fire in the engine bay, and as they say in all the best movies the rest was history. The driver had rung the fire brigade, but a small car fire was low on their priorities, when he rang back some 20 minutes later to explain part of the New Forest was now also ablaze, this focussed their attention, and they were there in seconds! 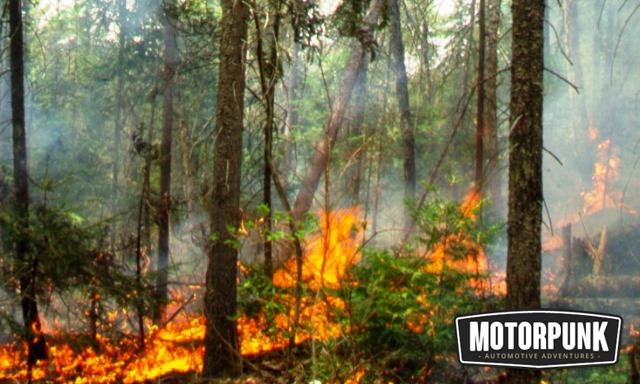 Over the course of the next few weeks there were several phone calls and visits with Lotus factory personnel to resolve various issues, of which the first was the car was shod with cut slicks! The reason being I had some tyres left over from my tarmac rally days and so wanted to use them up, these combined with the Esprit’s handling made it electric around corners, but there was a debate on their road legality and how this impacted the warranty. Once resolved, a nice gentleman from Lotus rang me up to explain that my model Esprit was no longer manufactured and that they could maybe find me a similar used vehicle somewhere in their dealer stock, I then politely explained to him that as the vehicle was only 3 months old and with very few miles on the clock I would be requiring a NEW replacement S3 Esprit. He said this was not possible as he could only offer me a new S4 Stevens Esprit, I said “that would do nicely” and after a little more debate the deal was sealed. When I enquired about the delivery time, he said “6months”, but that they would lend one of the MD’s cars to me in the meantime. 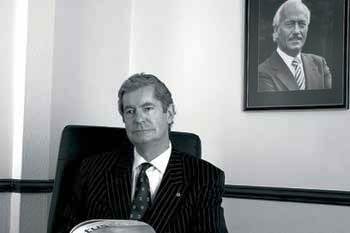 A few days later and an Excel turned up but it was an automatic! Now coming all the way back to your question about it ending up on the grid, this was in fact very close to the facts. Before the fire, I had booked a Lotus Club track day at Goodwood, and just because I had a loan car wasn’t going to stop me. At this point I better explain that I am an ardent petrol head and had rallied Mk1 Escorts from just after passing my driving test in 1977 to 1985, during which time I had used Goodwood circuit many times and taken a Goodwood driving course with Peter Gethin, so I knew the track fairly well. I turned up for the track day with a couple of friends along with a contingent from Lotus who were giving prospective customers some “fast” laps in a Esprit Turbo. All was going well for the first few laps as I adjusted my driving style to an automatic gearbox, but then after 4 laps during which we overtook the factory Turbo the brakes started to fade fast especially coming into Shell bend at the end of the Lavant straight. We called an early end to the session and parked the car up on the grass by the end of the pits ready for the next session. As we exited we were greeted by not only plumes of burning brake pad smoke coming from all 4 corners but also an irate Lotus employee who ranted on about how this was one of Mike Kimberley’s’ [Managing Director of Lotus, pic above] vehicles and “look what I was doing to it”, I replied something along the lines, you burnt my car so I could burn theirs! The rest of the day was spent winding up the Lotus salesman by overtaking their car giving fast laps, mind you 4 laps was the maximum session length due to almost terminal brake fade and the car nearly shaking itself apart due to the discs being warped. 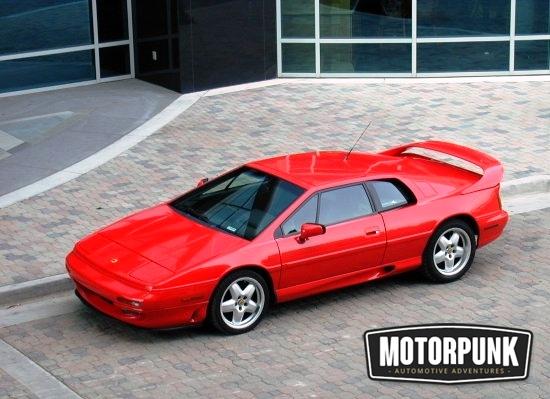 That isn’t quite the end of the story, a few months later I was contacted and told that my brand new shiny red Esprit would be ready in a week or two. At this point I placed an advert in Exchange and Mart for the car and sold it even before it was delivered. An eagle eyed Lotus employee must have spotted the advert and I soon received a call complaining that I wasn’t meant to sell the new car, I explained it was my vehicle and I could do what I want with it. The car duly arrived and went straight to its new owner; due to the higher list price of the S4 I must have been one of the few Lotus owners to have made a profit from owning a Lotus vehicle for a year!! Many years later I spotted the burnt out wreck of the S3 in Boss Motors compound, followed by a notification from the DVLA a few years later that it was back on the road, this worried me as the chassis had been considerably compromised by the heat and the rear half of the car completely burnt away, I hope the current owner was aware! E … NPR 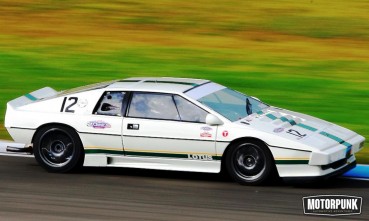 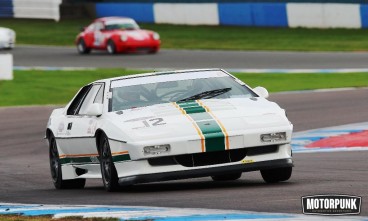 However despite all these trials and tribulations I had been bitten by the Lotus bug and a couple of years later bought a used Esprit, 1984 vintage that had been “race prepared” and thus began a racing career which has continued to the present day with the same vehicle although it has been considerably modified. It is now successfully raced in the CSCC Future Classic series. Campaigning the Esprit has brought me in contact with George Howard-Chappell and a very enjoyable stretch working with the Lotus Racing team on first the Esprit GT2/GT1 and then later the Elise GT1. This experience opened the doors to my current job when the team folded, but that’s a whole other story!