This picture of a rough-looking former Elf filling station in Tremadog (taken from my latest book) gives the chance to share a little history of the colourful oil company, Elf. Founded following a merger of various French businesses in 1967, Elf-branded filling stations were prolific in the UK and they were never far from scandal. 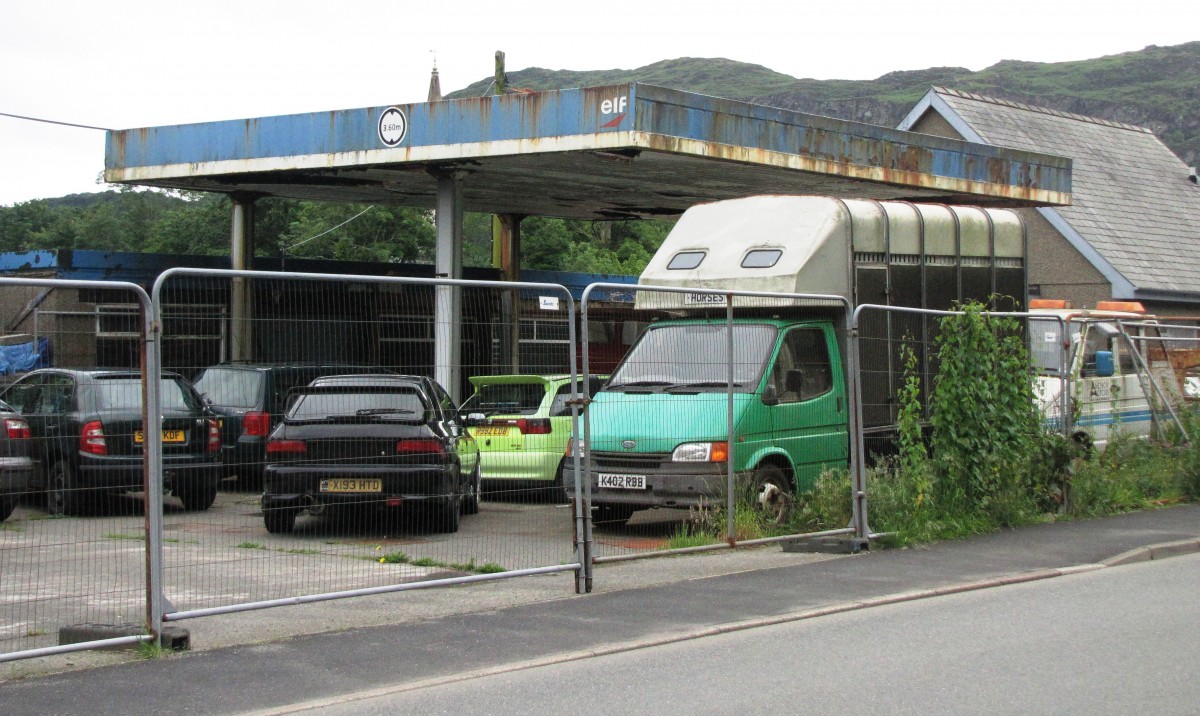 In ’76, Elf were embroiled in the ‘oil sniffer hoax’ when an Italian electrician and a Belgian Count developed a device that could, they said, sniff oil. They were also entwined with the French secret service and an anti-communist movement. With the Yom Kippur War, oil prices soared and people started to believe the daft invention could actually work. Elf invested, heavily. The contraption never worked and, with no scientific due diligence, amateurish trials went ahead, with the Italian coming up with endless excuses. “It is too accurate”, he said, aimlessly, while pocketing lots of cash. Elf lost $150 million before coming to their senses. No one was ever really brought to justice for the hoax. 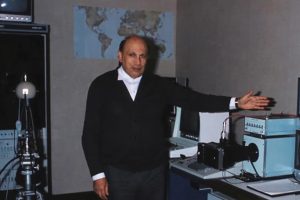 There was further scandal for Elf in ’94. The Guardian newspaper said, “Elf became a private bank for executives who spent £200 million on political favours, mistresses, jewellery, fine art, villas and apartments.” They then managed to acquire 2,500 filling stations in the former East Germany seemingly without paying for them. It all makes National’s toxic Smurf scandal look a bit tame, doesn’t it? Elf merged with Total in 2003.

This story was take from SUPER – Old, odd, interesting, obscure and abandoned filling stations, Wales edition which is available on Amazon here, along with other regional issues. 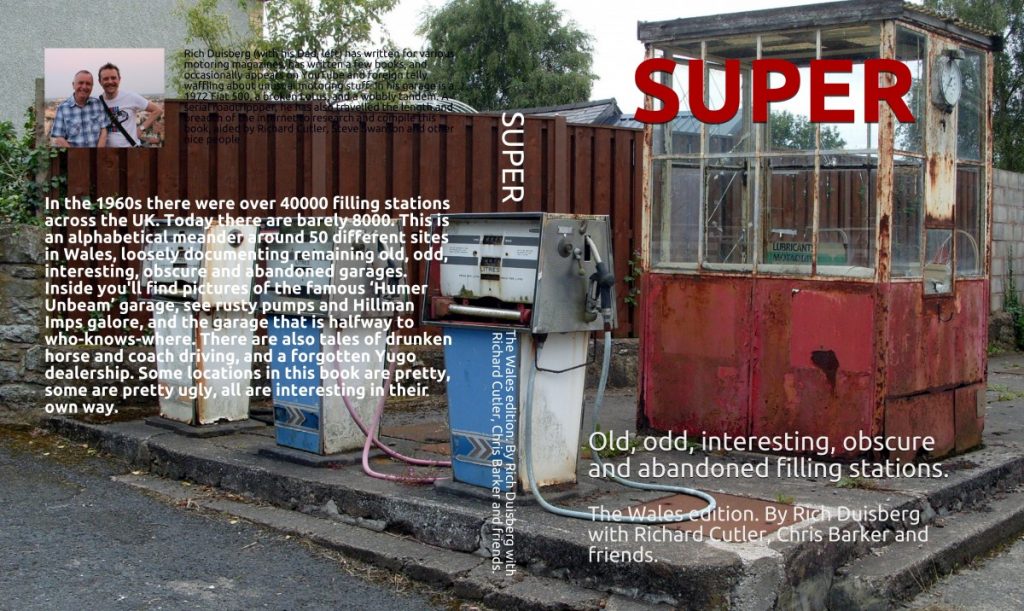