This is the new 2020 Suzuki Swift Sport- Hybrid. It’s like the 2019 Sport except now it’s a bit slower and a bit heavier, and has a load of gadgets. Then there’s the price- we’ll talk about that later. A few BHP have been lost (Now 127) and a second added to the 0-62 dash. Official figures say it is 9.1 seconds. Many Swift fans are annoyed about this.

Suzuki were compelled to make changes. Legislation enforced with a big stick of onerous emissions penalties means they have to keep on the Co2 reduction wheel. So the Swift gains hybrid status. It’s not a plug in, there’s no low speed electric drive, all motion is via the nifty 1.4 Boosterjet engine. A 48V electric starter generator provides stop start, helps low down torque, and assists the engine when cruising to reduce petrol consumption by a claimed six percent. The generator uses a lithium ion battery that regens during braking or when you take your foot off the loud pedal. It enables the Swift to take its Co2 levels down by about 8 somethings. Over a year this equates to four swimming pools of C02, an impressive saving, although compared say to the output of the container ship that brought it here from Japan, is roughly the equivalent to a drop in the ocean.* 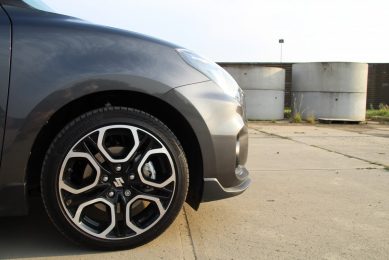 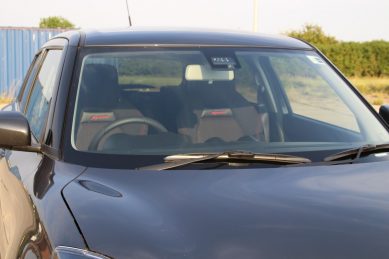 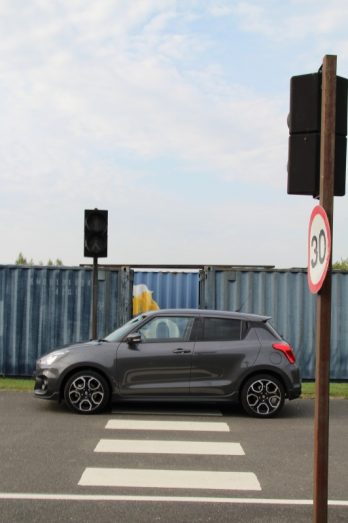 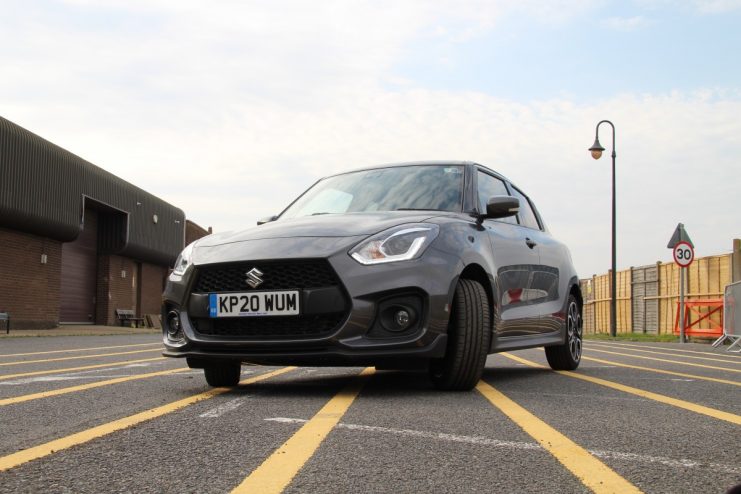 Lets put aside the moans about boring bureaucrats, Co2 and 0-62 times, and drive it. The 1.4 Boosterjet engine is known to be a torquey little tyke, now peaking at 235nm, so time for some appropriate roads – that’s car test speak, for Wales.

My motorway night run gave me time to settle in. The cabin is a pleasant place to be. The steering wheel is chunky, the six speed gearbox is light and direct, there’s a proper handbrake, and the steering is positive without being fidgety. The ride is good, firm but compliant. At motorway speeds there is a little wind noise, but nothing offensive. The engine doesn’t intrude outrageously. There’s enough go in that little turbo that you don’t need to change down to squirt past something on the motorway.

The car is loaded with safety tech making it the class leader in such things and elevating the Swift on various safety board clapometers to match its rivals for safety stars. One hateful thing is the lane departure warning. This is not a safety feature. If you need this, do the world a favour and buy a season ticket with National Express. You can turn this off, but it will still flash at you each time you have the temerity to make a straight line from an empty corner.

There’s a digital display you can scroll through, providing boost levels, battery regeneration, and a sort of G meter display to impress your mates. I’m a Luddite, so I scrolled through it once and then sort of forgot about it. A digital speedo paired with an oil temp gauge, seemed to be the most pertinent extra instrumentation on offer. The touchscreen offers satnav and blue tooth and a DAB radio. Apparently there is something called Apple Car Play, so no CD player. Yes, I still listen to them, and yes, I don’t understand Apple car play, but I’ve been told lots of people do.

A B-road blast from Knockin to Lynclys brought smiles. Oh yes, more please. The road was closed at Llynclys causing me to scoot around on some very small, single lane back roads. Misery in a larger car, the Swift ate it up, living in low gears with the exhaust making angry wasp noises. It all started to feel very Welsh Rally stage, until I looked at the speedo. The short gear ratios and the exhaust note, combined with the lightness of the Swift, (lighter than an UP GTi) fools you into thinking you are going quicker than you really are. It didn’t really dilute the fun though. By the time I arrived at the sheep strewn hills outside Llangynog, a stupid grin complimented my stupid face. 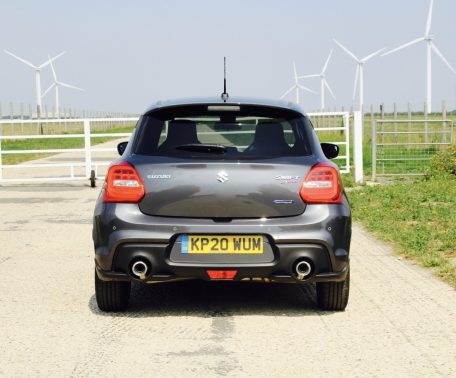 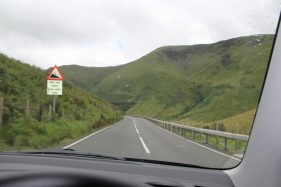 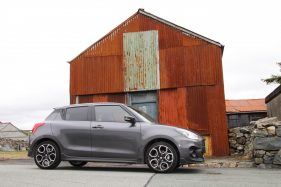 Misty rain morphed into fog by Bala reservoir. I crept along at speeds worthy of a pensioner in a Honda Snooze. The Swift can soak this up too. Assisted by the 48V generator thingmy,  you can leave it in high gear and it will pull from low rpm’s, obviously, only if you’re feeling bone idle.

It was rather effortless and I’m sorry, I can’t think of any drama to tell you. The engine at dribbly speeds is quiet, the firm bolstered sports seats are very comfortable. It was all quite relaxing, apart from some militant sheep, who charged at the car as opposed to running away from it. I should add, the brakes worked. In fact, there’s anti collision technology to make them work if you’re daydreaming. I can confirm the tech doesn’t seem to work on sheep, in fog.**

With the petrol gauge one bar above empty, I brimmed the tank at Menai Bridge for thirty quid. This pleased me greatly. I ambled off in the fog to Abersoch. It’s a tiny little town with two sandy beaches, also known as Cheshire by the Sea. On a summer’s evening you can drink at one of its two pubs and count the Porsche Macans fighting for parking rights in the narrow high street. Unfortunately, it was pre dawn, and judging by the parked cars, Mercedes has the upper hand this year.

My planned photo shoot of the Swift – moody in the mountains by night, frolicking by the beach at sunrise- was a complete washout. Roaming the very wet B-roads of the Llyn peninsula, I snapped some cheeky pics of the Swift with high end golf club fare, but couldn’t buy tea as it’s for members only. There’s posh, isn’t it? I headed south on the A470, on a a dismal, grey day. Further down this brilliant but often clogged road the clogs disappeared and I could tell you something about the Swift you might actually like to know.

It’s still fun. Frisky, not mad fast, but fun. 5500rpm is about your effective limit, after that its just noise. Turn in is good, steering starts well, leaves you a bit vague mid corner, but stick with it and it comes back on the exit. There’s still life in the turbo at higher speeds so use it and drive smoothly for the best results. Don’t worry if you cock up the gears before the corner, one gear too high and it will pull you round on the turbo without too much embarrassment. Second is short so you have to grab third quickly anyway. Brakes, you have to push into them they are not ‘dabbers’, initially the pedal feels a little soft, but just push a bit and they work. 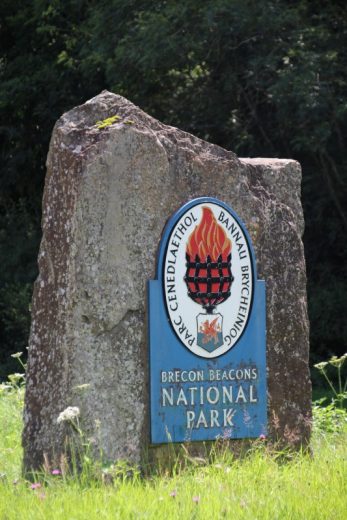 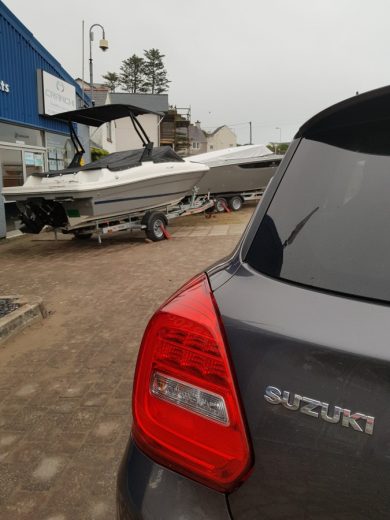 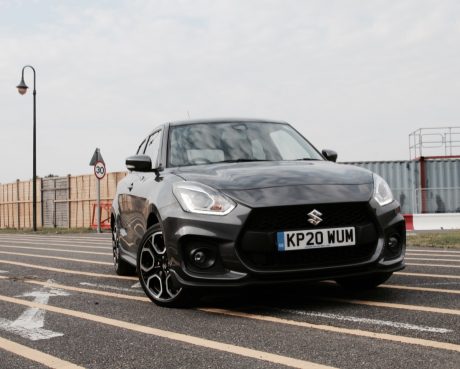 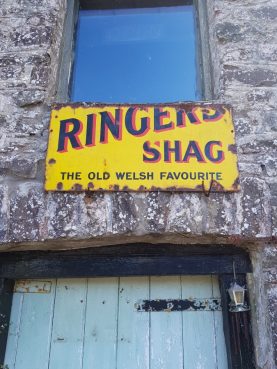 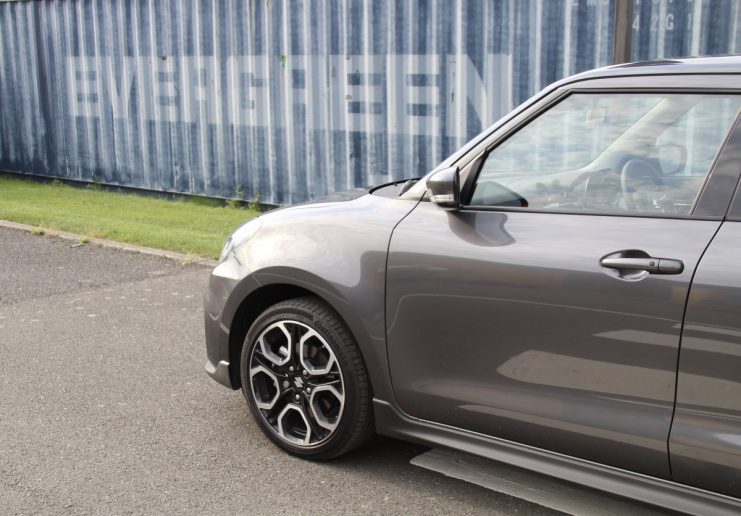 Enjoy the lightness of this car. At higher speeds on turn in, there’s the feeling of a little bit of roll as if the car is telling you ‘hey, we’re really moving now’. I like this sensation, perceived or otherwise it’s in the spirit of ragging a light car. It doesn’t tramline, and if you feel the need to wiggle its bottom you can, a bit. Lower speed tight corners are great fun, the car just digs in and swings round them. Suzuki did some expensive twiddling with the suspension for this year. Without a 2019 comparison all I can say is it does the trick.

Fun was curtailed at Dolfach when a Cactus driver I christened with the town name (say it fast three times) toddled out in front of me and proceeded to drive at forty, even toward the single track bridge arch, offering zero vision. This proved comical as a loaded timber truck blatted out of it, causing Dolfach to have a wobbly moment.

I called it a day at Llandovery. It was still raining and I wandered the town, munching a bag of chips, noting that Llandovery has some bloody weird shop window displays. Next day I ventured out into sunshine, eager for more miles. You look forward to driving this car, especially on twisty bits.

South of Llandovery, there’s a Welsh Route 66 vibe going on, featuring abandoned petrol stations, junk stores, and shabby- Cymru- chic, houses. Valley vistas, undulating roads and fast sweepers provided good times before holiday traffic intervened. I went to Brecon, got trapped in traffic for the bridge, got trapped in some more on the other side, found a cracking road for one, final hoon, before stumbling into a motorway log jam. The electric generator stop start system on this car provides a seamless transition; you forget there is one.

So, about the price: The Hybrid badge brings a retail price of 21k and some change. You may want to have a serious talk with the lovely people at the Suzuki dealership about discounts or go home and have a serious talk with yourself. 21k buys you a lot of supermini / hot hatch fun and it changes where the Swift Sport sits in this firmament. Too close to a new Fiesta ST-2 is the general consensus. For a grand more or £25 odd on PCP, the hottie ST will spank the Swift, before the hooligans with the Mountune kits scalp it. 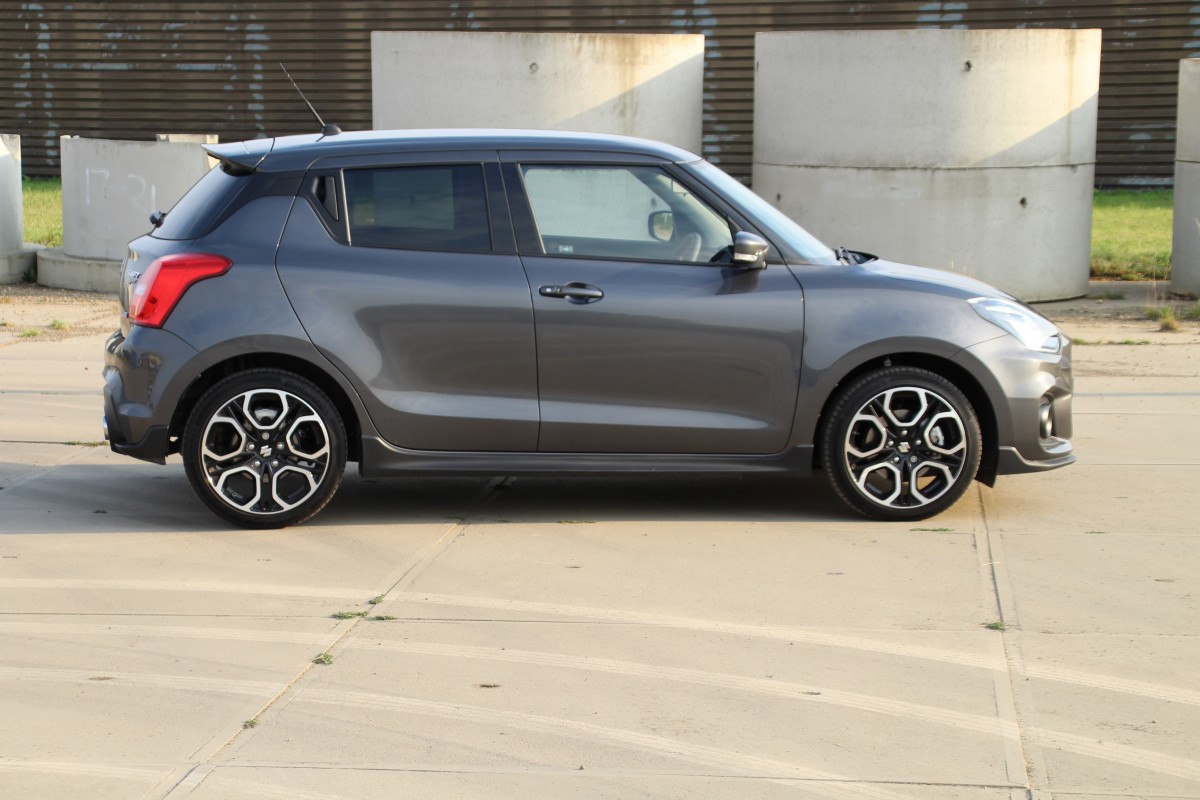 The  VW up! GTi, at its new inflated price of 18K, is cheaper. Fun thing the VW is, the Swift makes a better, more practical all rounder, (There. I said it, bring the hate) but it will lose out due to VW residuals, and the UP’s ability to reduce design-inspired people to furtive self abuse.

The Hybrid route is where the car really wins. In the same market sector, you can pay a lot more for a wheezy box that offers all the fun of a COVID briefing. I showed it off to a couple of people with such cars. The Swift surprised them on many levels from cabin space to ride quality and responsiveness. They loved the levels of driver tech, the twin exhausts and its sporty looks. They giggled with delight at the handling. They didn’t give a stuff if an ST could pull its pants down, they wanted or needed a small hybrid car. They liked the Swift, a lot.

I liked it too. It’s playful without being wearing, easy to live with and blessed with good road manners. If you’re looking for a new compact hybrid, this should be your first test drive.

*The Economist 11/03/2017 reports that maritime freight accounts for the same C02 per year as the entire yearly output of Germany, (or roughly, over twice that of the UK)

**No Mutton were harmed during the making of this drivel