Here’s the story of the most important burble (yes, that is the collective noun) of MGBs to ever leave the factory in Oxfordshire. This gorgeous MGB factory lightweight is one of three BMC Competition Department cars campaigned at North America’s greatest endurance race, the 12 Hours of Sebring in 1964. No.48 was one of the very first MGB’s shipped to the States and kickstarted Blighty’s’s most lucrative sports car export, ever. Over the next two decades around 400,000 MGB would be built, with 9 out of every 10 cars being sent to eager MG fanatics in North America. 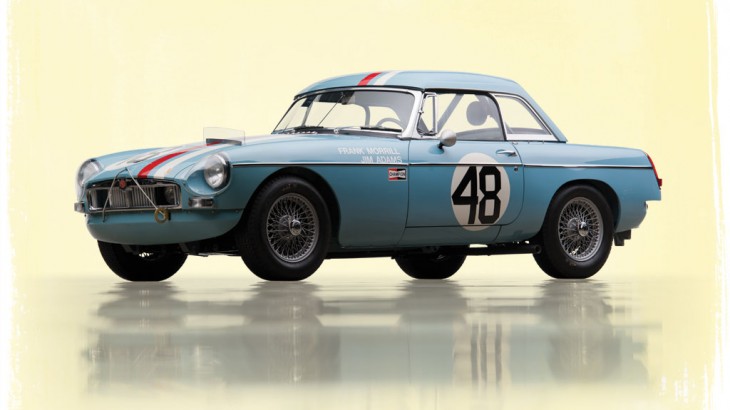 In 1964 MGBs had only just found their way onto American forecourts and a good class placing at Sebring would be essential to get sales booming in BMC’s most important export market. MG’s top brass instructed its best boffins to modify a trio of standard-spec LHD MGB Roadsters (already painted red, white and blue) and a host of performance goodies were rushed over from Abingdon to give the motors the full Works treatment. Plastic windows, aluminium door skins, lightweight bonnets, boots and wings were bolted on, as well as recessed grille lamps, fibreglass hardtops, bullet mirrors and Lexan headlamp covers – classic ‘Café Roadster’ inspiration. 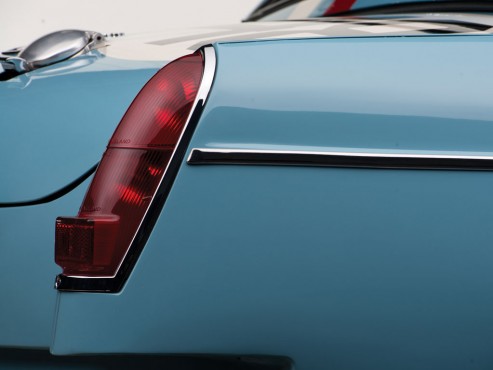 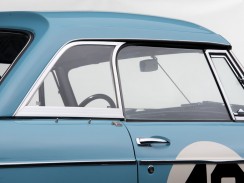 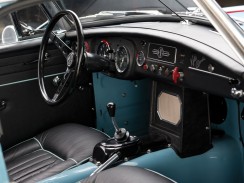 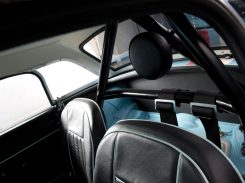 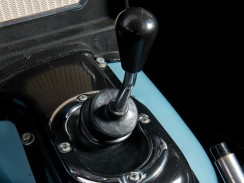 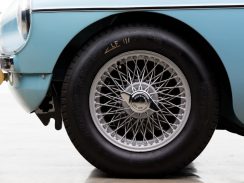 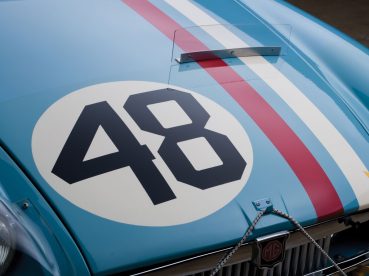 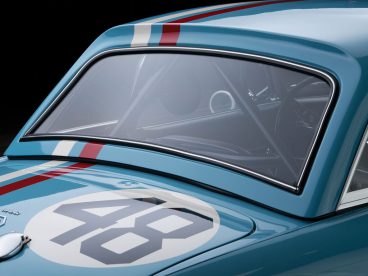 The 140bhp 1798cc four-pot engine received new pistons, revised porting and custom camshafts, side-draft Weber and a close ratio four-speed box . These were fed by twin fuel tanks to improve range over the 12 hour endurance race and tri-speed windshield wipers were added in readiness for the expected downpours. The MGBs got off to a good start when the flag was dropped – their main rivals being a pair of Works Porsche Carreras – and the strategy was prove reliability and outlast the highly-strung German machines over the next 12 hours. However, the team’s resolve was soon tested when, after just 15 laps, the white #46 car was forced to retire from a knackered diff. 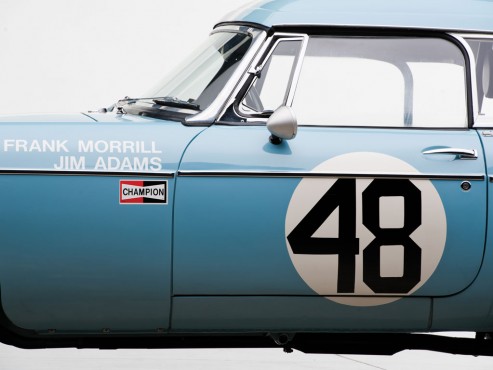 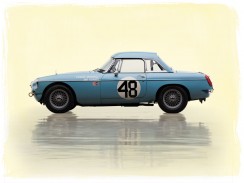 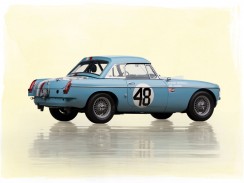 As the long-distance enduro played out, the remaining red and blue MGs pressed on hard, working their way through the orders. After a gruelling 12 hours the plucky MGBs finished 3rd and 4th in class; the red car taking 17th overall and this blue #48 car taking 22nd; a very good placing for the newbie British roadsters. Just 10 days after Sebring this pale blue MGB was auctioned off to an novice racer, who had fallen in love with this car as a Sebring spectator, for a little over $2,000; the cash-strapped chap had to use it as his daily driver over the next two years to get by. Little did he know that by 2015 that same Sebring veteran would be worth $88,000 when it was sold at Sotherby’s in May 2015. A ruddy bargain I reckon.

However, if you’re a Scalextrics fan, and you plan to hold your own 1:20 scale 12-hour enduro, then here’s something just a little more affordable for your slot car collection: