Who doesn’t love a classic Merc from that golden age when our Germanic friends really made stuff to last. We’re big fans of the majestic W123, and we gushed over the fabulous 190E 2.3 Cosworth that we took for a blast around the Nurburgring GP circuit a couple of years ago. But perhaps it’s time to think bigger; to get al fresco; something with genuine 70s playboy credentials? Well, my little MotorPunks, believe it or not, all of that can be had for the price of an out-of-warranty Kia.

This 1984 Mercedes 500 SEC is something rather special and one of only three full convertible versions that were coachbuilt by Lynx Engineering of Surrey in the mid 80s. One of these modded Mercs was personally commissioned by the 1976 F1 World Champion and legendary swordsmith, James Hunt, although there seems to be a lot of confusion as to which particular car from this trio of drop-tops this example is. Some claim that it was this one, currently listed on eBay for a mere £8,450, while others believe Hunt’s actual SEC was possibly sold at a swanky classic car auction for over £35k several years ago. Who knows, it’s certainly spec’d as a drivers car with a lusty 5-litre V8 delivering 265bhp and tonnes of Teutonic toque … and there does seem to be a lingering whiff of Brut on the headrest! 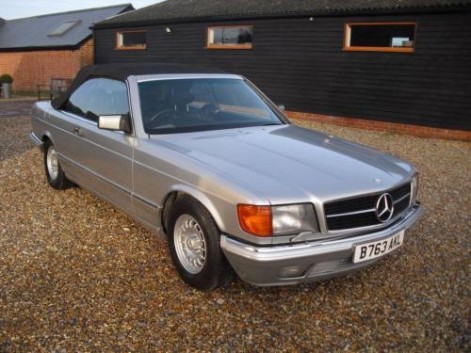 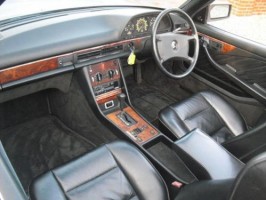 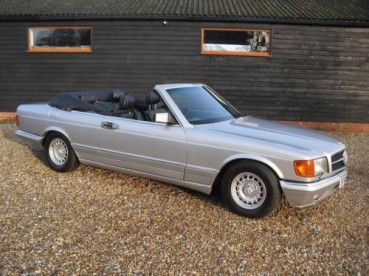 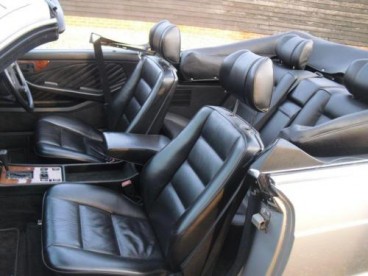 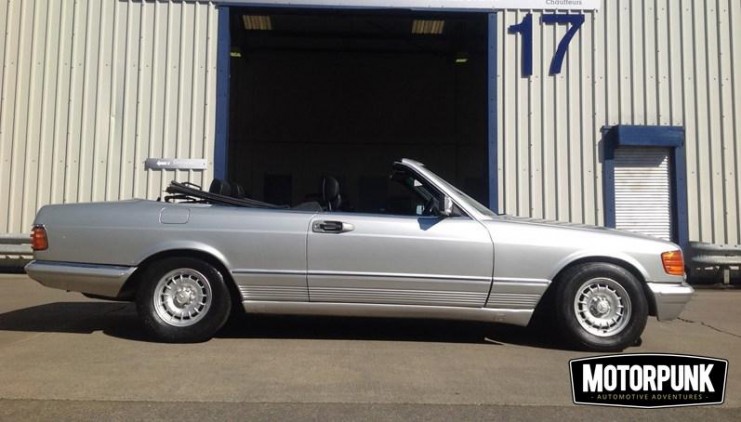 Who really cares though? At this screen price it’s good enough for me that it’s simply the same spec as the car that Hunt himself commissioned. The Shunt had charisma and charm by the bootful, and oozed a certain roguish 70s sex appeal that helped him bed (a rumoured) 5,000 lovelies during his F1 heyday, including a couple of former Miss Worlds, most of British Airways’ cabin crew, and a crafty nosh from a Japanese grid girl before that infamous race at Suzuka.

Over the past two years this particular 500 SEC convertible has undergone a full restoration including a new black leather interior. The current seller reckons she drives as smooth now as it did over thirty years ago, despite having over 190,000 on the clock. If £8.5k is too rich for your pockets then there are dozens of decent SEC coupes up for sale for about half that; Hunt owned a few Mercs in his time among his motley collection of motors so they still have that F1 cachet.

Even if you only have pocket change to play with then you can still rock the ‘James Hunt playboy look’ on your driveway – albeit, not reflective of his finest years – by buying an SEL basket case and sticking it on bricks. 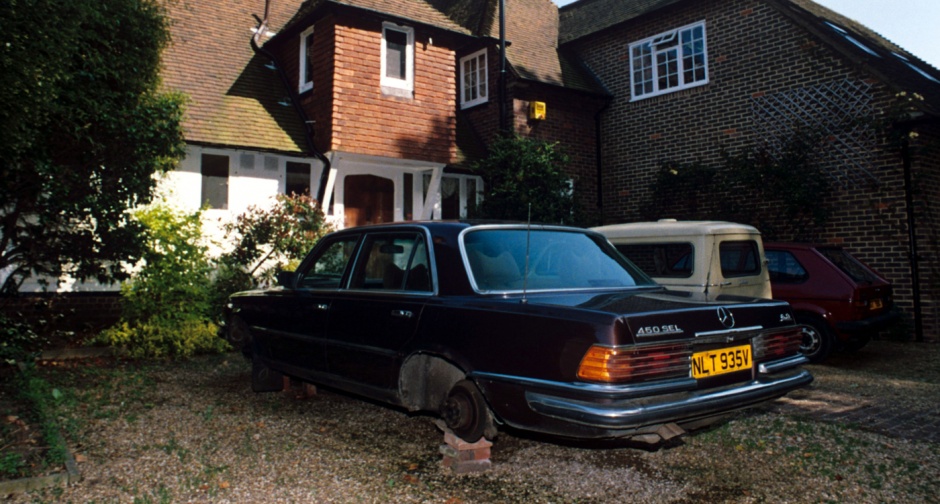