Albert Einstein famously said that the definition of insanity was ‘doing the same thing over and over again, but expecting different results.’ Well, lock-me-up-in-a-rubber room if I haven’t just gone and bought another ruined BL relic in the misguided belief that:

b) this is what overdrafts were made for

c) I’ve got any welding skills

So why, for the love of Job* you scream, did I bid on it? Well, I think it was the rally spec’ gadgets that sold it to me, as Rich and I may have the opportunity to do something really (and I mean really really) special in 2017 involving deserts, classic Minis and a foolhardy film crew who can withstand our company for the best part of a week. I’m not sure how much the official organisers over at ROARR will allow us to say about this adventure at this stage actually, so watch this space. 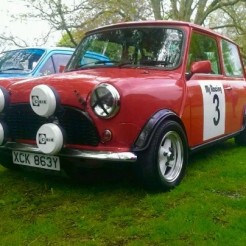 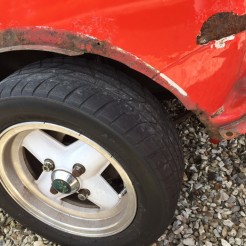 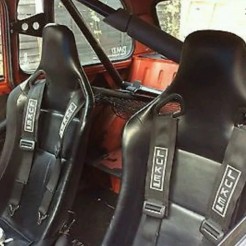 The grand plan for this 1982 (originally built to suburban HLE spec) cinnabar-red Mini is to fix the rust, fix the engine and give it a cosmetic make-over, all on a budget so frugal it’d make a Greek accountant wince! Some essential goodies (like the full roll cage, Lotus Elise buckets, Luke harnesses, plumbed in extinguishers, internal fuel and brake lines, heavy-duty sump guard and a face-full of Cibies) will keep expenses down, and things like the overly wide 12 x 6 Revo alloys can be sold on, hopefully, to pay for other essentials … like welding gas … lots of welding gas. 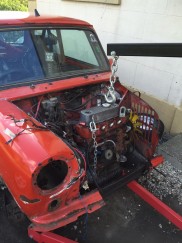 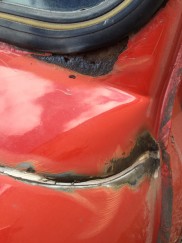 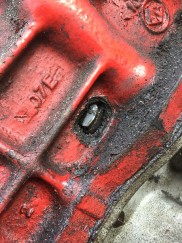 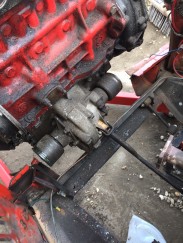 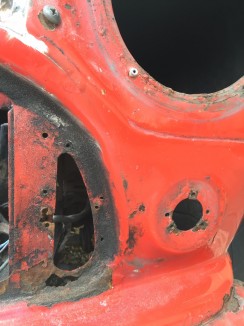 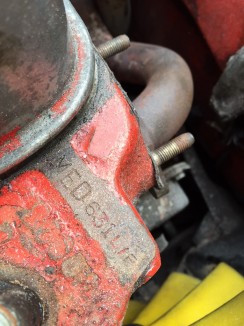 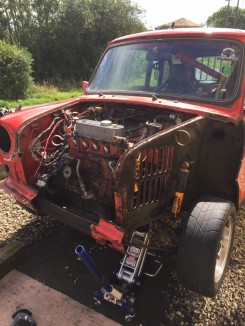 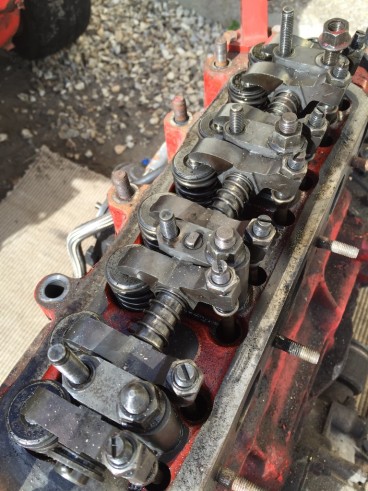 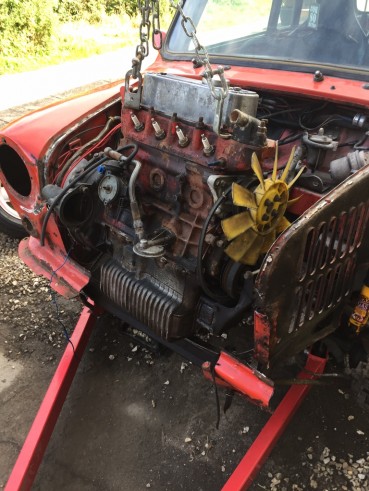 Anyhow, the first job on the list was to get the old 1330cc MED engine out and see why it appeared to be seized. Since the wings and front panel were rusted to buggery I thought I’d get medieval on its rotten front end to save lifting the lump too high with my wobbly eBay-bought crane. In the end I had no choice anyhow; I had to get busy with the angle grinder since I couldn’t free the gearbox linkage and had to slide the engine out, complete with connecting shift rods, rather than lift it. Soon as it was hoisted clear from the oily gloom of the engine bay the reason for the ‘engine issue’ was pretty clear as no.3 con rod poked its ragged nose out the side of the crank case wall! Oh well, at least the highly fettled MED head looked OK; I just need to see how much metal the gearbox below has munched up when I can get the odd-sized AF sockets to split the whole lump. I’ll also need to source a new engine, probably a standard 1275cc as we’ll need reliability rather than pace to get where we’re going in 2017, fingers crossed. 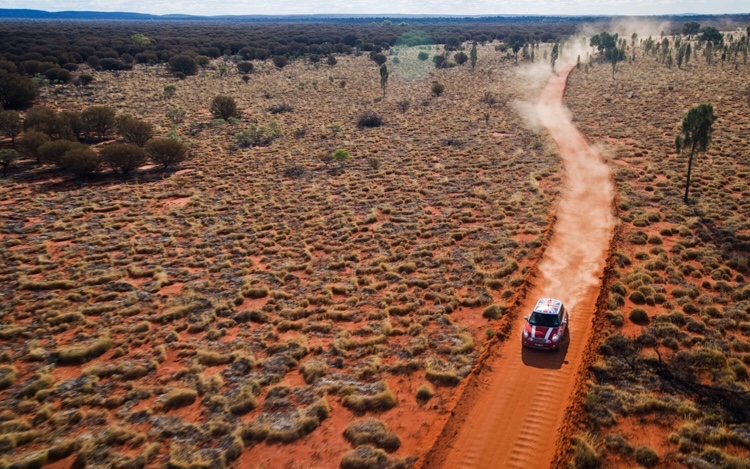 Next up in Part 2 – Fusty, Dusty and Bloody Rusty