In July 1955, an Austin A90 Westminster departed London on a mission to venture where no motorcar had gone before: a journey of seventeen thousand miles, from the North Cape of Europe to the Southern Cape of Africa. Behind the wheel was a mercurial former airman called Richard Pape. The expedition was widely believed to be impossible. Pape sneered at the impossible. He had escaped Nazi occupied Europe at his fourth attempt, with the aid of a doctored urine sample and a prosthetic penis.

Pape embarked on the expedition with the same uncompromising mentality evident in his wartime memoir, ‘Boldness Be My Friend’. Selecting his co-driver involved a trial by fire. Pape extinguished a cigarette on the man’s hand to see if he would flinch. It was perhaps, not the best way to start a meaningful partnership. On the eve of their departure from Oslo his co-driver opted to race against Pape in a rival French car. Rattled, Pape hustled for the North Cape, covering a thousand kilometres in twenty- four hours. North of Narvik, running on Dexedrine tablets and coffee, Pape went off- piste, somersaulting the Austin into a ravine.

Imbibing two bottles of brandy, Pape flew back to Oslo. There, he relieved the local Austin sales manager of his personal A90, obtained a fresh co-driver, and a selection of firearms to supplement his swordstick. He reached the Nordkaap on the 28thof July. 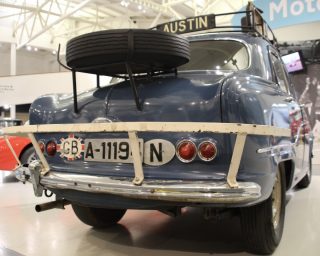 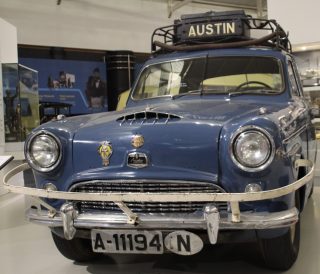 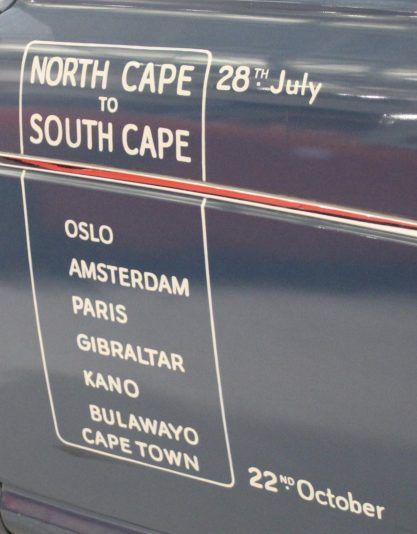 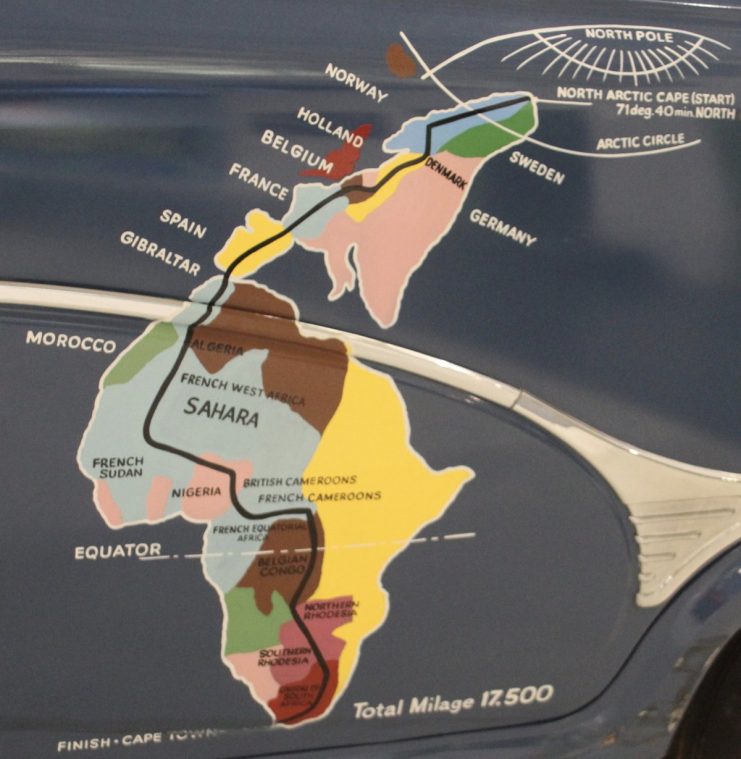 He crossed Europe in four days, killing a donkey in France. In Gibraltar his co- driver fell ill. Pape had other worries. He had no permission to cross the Sahara, no visas for French North Africa, no money, and a car full of illicit weaponry. Girding his loins with brandy infused eggnog, Pape got busy. He forged signatures on Travellers cheques, bribed officials, and artfully distracted a customs agent away from his arms cache. When Gendarmes arrested his replacement co-driver, Pape went solo.

Experts advised it was perilous to cross the Sahara in summer. Pape confirmed their credentials by stranding the A90 before collapsing from heatstroke. The French rescued him. They detained him at their leisure until the Sahara cooled down a bit.

In September he reached the fabled ‘Dark Heart’ of Africa, finding mud, floods, insect infestation, chronic diarrhoea, and bemused locals. His brutalised Austin remained faithful, decimating unwary wildlife, and in the Congo, a Ford station wagon. Pape lashed up the damaged Austin. High on Paludrine and whisky, he thrashed the car and himself for the last three thousand miles. On the 22ndof October, lousy with malaria, a victorious Pape limped the A90 into Cape Town. 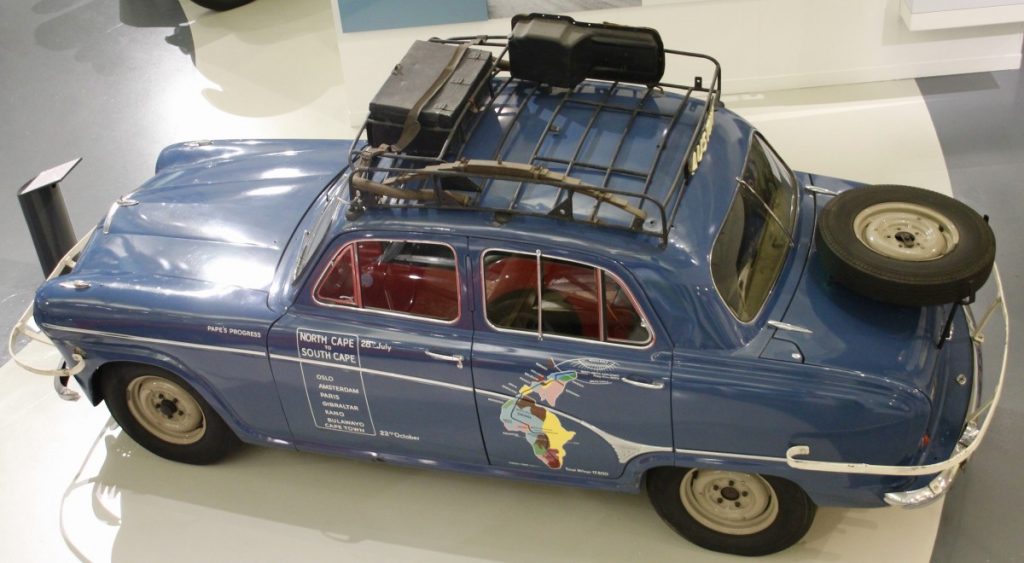 Africa gifted him a spell in the London Hospital for Tropical Diseases.  Austin gave him a new A90, in beige with chestnut trim. Pape crashed it.

He died in Canberra in 1995. One of the last people to speak to him was rally adventurist, Phillip Young. Recalling the Austin, Pape said ‘ …it always steered like a ruddy wheelbarrow.’ You can judge for yourself at the Heritage Motor Museum, Gaydon, where the Austin resides in battle scarred splendour, a relic of a very British adventure and a very singular British chap. 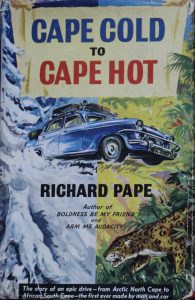 Pape wrote up his adventures in 1956 for Odhams Publishers. There’s always a few well-thumbed copies on sale on eBay or Amazon, where one review reads: “One of the best overland travel books I’ve read. The author sets out to be the first to drive from Nordkaap to Cape Town via the Sahara. Dogged by crashes, bureaucracy, extreme weather and co-drivers who fall like flies under the pressure, he nevertheless succeeds. Not very politically correct but very much of its time (the early 1950s). Cape Cold to Cape Hot is the tale of a proper adventure.” Sold!