If you’re familiar with the title reference then you know I’m going off topic, but not too far, because if there ever was a MotorPunk with wings, this is our man. Forget the Hollywood hoopla, the real ‘Maverick‘ is a Brit who surpasses all illegal fly-by antics, by flying through Tower Bridge in his fighter jet.

Flight Lieutenant Al Pollock was cheesed off. 1968 was proving to be a poor show for the RAF. Government pen pushers were slashing Air force numbers, cutting aircraft, airfields and personnel. To add insult to injury, they cancelled the RAF Jubilee celebration flypast over London. The mandarins in Whitehall were an utter shower. They needed reminding what the RAF was about. Pollock was just the man for the job.

Al Pollock was, literally, a fighter pilot par excellence. Achieving the rare grading of ‘Exceptional’ he was a combat proven ground attack pilot, a fast jet Flying Instructor, and aerobatic display pilot in the Yellowjacks (a precursor to the Red Arrows). Now, he was senior flight commander of the prestigious No1 Squadron, flying his beloved Hawker Hunter jet fighters. On The RAF’s birthday, Pollock and his chaps went and ‘bombed’ a rival Lightning fighter base with bog rolls. Afterwards he borrowed a London AA guide and planned an alternative celebration.

The 5th of April 1968 was perfect flying weather, no haze and crystal clear skies. In RAF slang it was ’8/8ths Gordons’. Pollock intended to spill some. His target was Whitehall. Dropping out of formation he flew low over Richmond Park and spied the Thames. Throttling down, so as not to be a nuisance, he followed the twists and turns of the great river, flying beneath the cranes at eighty feet. 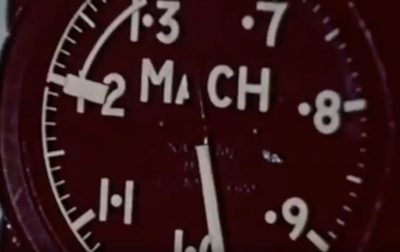 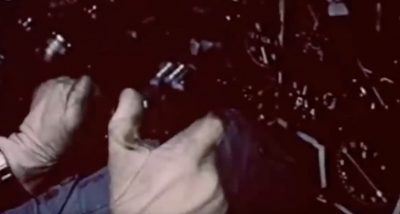 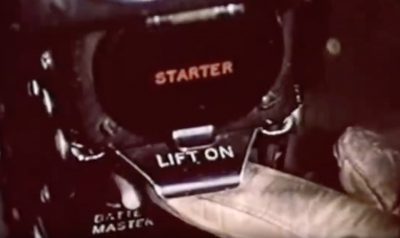 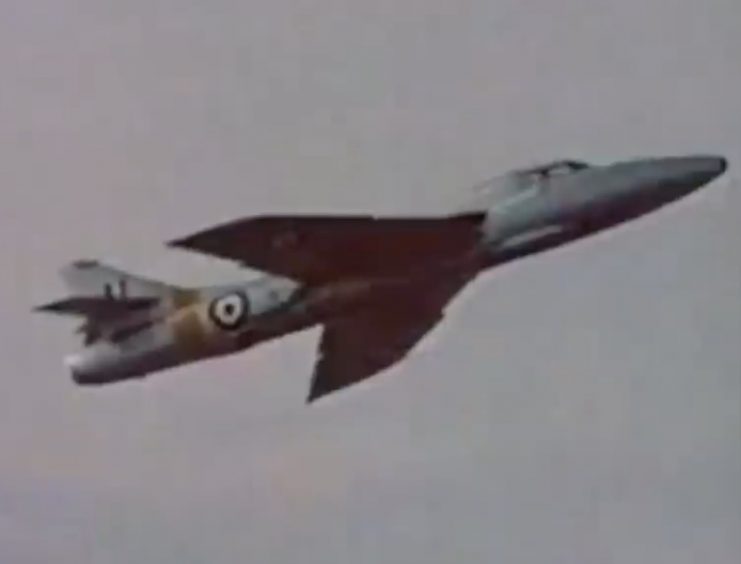 Climbing above Parliament and Whitehall, he gave the Hunter some beans. Circling three times over the heart of Government, the roar of the Hunter was loud enough to rattle windows in the House, and interrupt a debate on aircraft noise abatement.

Having achieved his mission, Pollock dipped a wing in salute at the RAF memorial. Flashing over London Bridge at 400knots, Tower Bridge presented itself. He was mesmerised by the 200foot span between the twin towers and the upper walkway. ‘I had just ten seconds to grapple with a seductive proposition which few ground attack pilots of any nationality could have resisted.’ A doubledecker bus lumbering across the bridge complicated the ‘proposition’. Aiming his Hunter high, he shot through the 110foot deep aperture, sensing the girder structure of the bridge envelop him. He described his heart missing a beat before pumping furiously.

At this point, even Biggles would have had enough. Pollock, if you hadn’t worked it out already, was made of sterner stuff. He made mach 0.93 fly-bys on three other airbases, using the fake call sign, Romeo Alpha Foxtrot 01. Reaching his home station, he had enough fuel left for just one pass. He swept over the airfield, inverted. 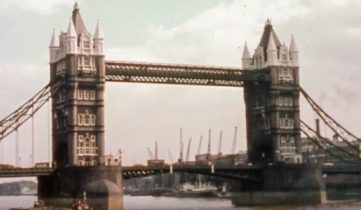 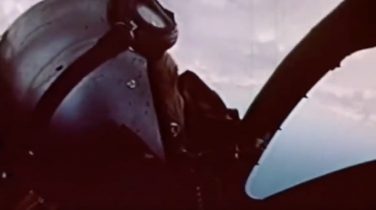 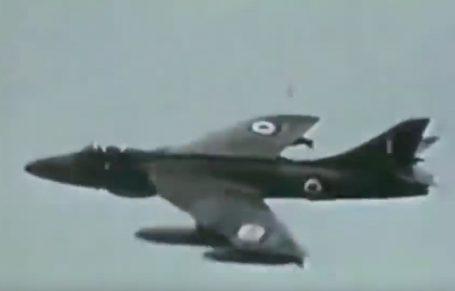 Pollock expected a Court Martial. It never came. Under close arrest for several days he fell ill with flu that turned into pneumonia. Pollock amused himself by reading fan letters* and climbing out of his hospital window to lock his guard in. The RAF terminated his service on medical grounds- presumably, due to the extraordinary size of his testicles.

He started a new life as a businessman in the export trade. Regrettably, no record exists of him ever flying out of Hong Kong in a cargo plane containing rubber dog droppings.

* “What on earth is the matter with the youth of today? In my day we used to fly whole squadrons of aeroplanes through bridges. At Rouen all of No. 1 Squadron Hurricanes flew under the transporter bridge one behind the other.” G. Plinston (Sqn/Ldr Ret’d) Flight International (April ’68)