There’s no denying that Volkswagen’s Type 2 bus is a pretty thing to look at. It’s a design classic fully of quirky little details; to mutter anything to the contrary with ten miles of the great British seaside is generally considered heresy among the cult of the ‘Dub’. But safely landlocked in the the rural East Midlands – far away from the Hawaiian-shirted masses of portly faux surfers – we at MotorPunk HQ dare to champion something a bit different and say ‘bollocks’ to hipster convention. Yes, the old air-cooled campers do look very cool, but they are also cramped, stupidly overvalued, frequently overheat, often underpowered and catch fire quicker than a Samsung smartphone. Worst of all they are rather unpatriotic, especially when there is a perfectly good home-grown alternative for those looking for a ’60s mobile holiday-home. I am of course referring to the fabulous Morris J2 Paralanian Campervan.

The name Paralanian came from the Parry Lane workshop in Bradford where Central Garages Ltd handbuilt these luxurious campers between 1956 and 1965. At the time they were considered the very best you could buy, which is not surprising as their selling price of £1,350 could have bought you two terraced houses in this part of Yorkshire. This particularly rare example was built using the Morris J2 platform before being delivered to its proud first owner on the Isle of Wight in June 1963. Over the following 30 years it only covered 33,000 miles but by the mid 90s it was in a sorry state and was sold at auction for just £35.It was then subject to a five year ground up restoration which was finally completed in early 2002. Now powered by a bigger 1800cc B-Series – the same trusty lump found in the MGB – it’s done the rounds at numerous shows across this sceptred isle picking up all sorts of silverware. 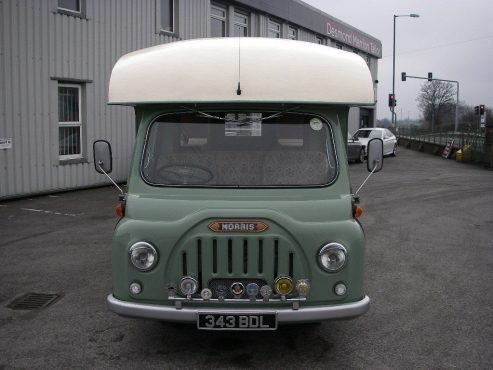 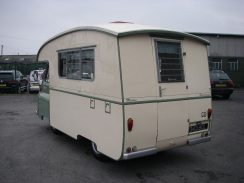 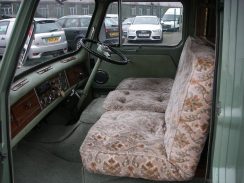 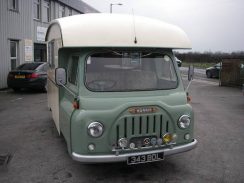 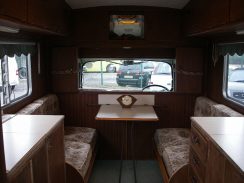 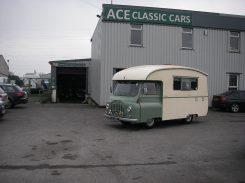 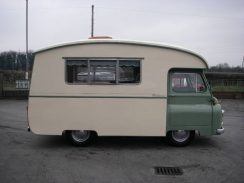 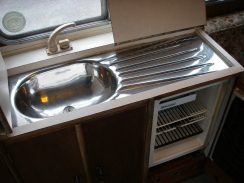 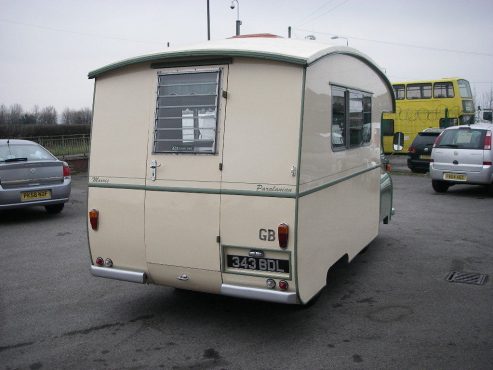 But what I love most about the Paralanian is its unashamed Britishness; it’s not trying to sell you the Californian beach bum dream. Our coastal escapes in the 60s weren’t about deep tans, surf culture, Bermuda shorts and The Beach Boys; they were donkey rides, brass bands and scoffing chips from newspaper on Victorian piers before the freezing northwesterlies could chill them stone cold. This 1963 camper (on sale with here for a mere £18k!) beautifully recaptures the feel of a dowdy 60s guest house with its formica table tops straight from the set of Fawlty Towers and that chintzy velour upholstery you only find these days in care homes for the elderly. Chances are it’ll even lock you for most of the day whether you like it or not.

So MotorPunks, don’t do make the obvious Germanic choice when looking for your next classic campervan; embrace your inner Brit, knot up your hanky, roll up your trousers and set forth in a Morris J2 Paralanian.

If you fancy a bit more of this homegrown tally-ho nonsense then you’ll the little mag that Dickie and I bang out every quarter. Subscribe here.