There has been a number of tweaks to the Morgan Three Wheeler in the eight years it has been on sale. Some were foisted upon our mates in Malvern, such as the Euro 4 spec car made to satisfy emissions specs. Others were made in the name of safety, such as increased height roll hoops as even short-arses find the original configuration barely comes to the nape of the neck. Then there is a plethora of cosmetic tweaks amounting to little more than stickers and paint. We have prattled on at Morgan for some time about an improved performance version – Co-Editor Darryl actually set a record at the Brighton Speed trials in a car which may or may not have had it’s S&S bored out from 2 to 2.1 litres. The EV concept looked good but was only ever going to be an evolutionary dead-end, the Fraser-Nash nonsense simply sucked up funding and resulted in a pretty machine that now sits in the shed. Greta’s never going to buy a hand-made British sportscar regardless of the power-source, anyway. “How dare you”. Etc. [complaints to the usual address]. We have discussed giving a car to friends at Triumph and encouraging them to swap the standard 80-ish BHP S&S two-pot for a more powerful three cylinder motor made in Hinckley. 140BHP and a wider torque spread would be a great modification, in our opinion. The resultant car could combine both company names to be called Mor-Umph. Who knows if that will ever happen. But the model you see here (which we are not permitted to reveal as an official factory thing, but, c’mon, we we’ve sat on this story for bloody ages now) is the most modified Morgan to date; The Three Wheeler Spitfire Concept (aka M3WSC). 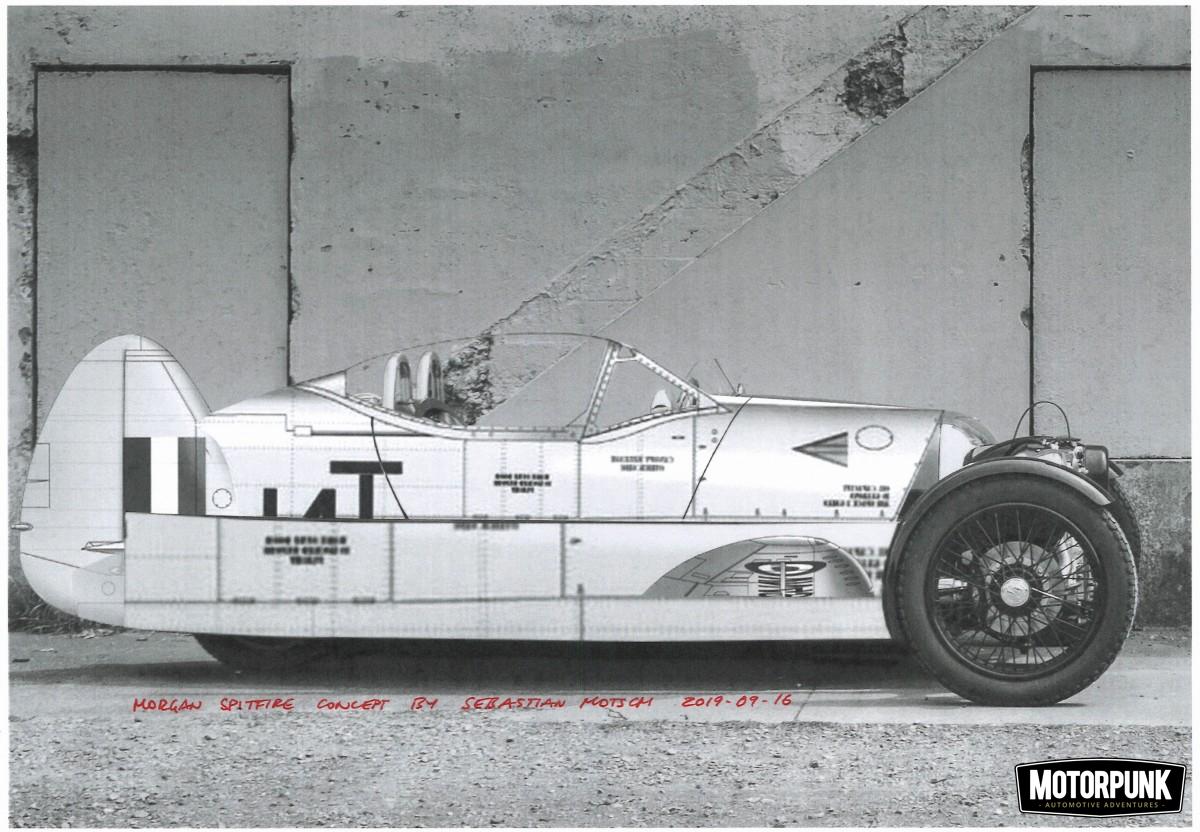 The bare chassis is the same as the standard car, which is built by Vitesse in Leicestershire and shipped to Morgan in Malvern. The aluminium panels are bonded with rivets and Dzus fasteners. The most striking element of the design is the Lexan canopy, know-how provided by our mate Paul Bacon (who created the Cosmotron, featured way back in issue one of MotorPunk magazine). The slender design makes the M3WSC a monoposto; the passenger seat removed to reduce weight, the clear canopy framed with aluminium. The passenger side has a panel riveted over it. The canopy is hinged sideways and folds over the passenger side, it can also be removed totally for open-air sorties. Work is still needed to aid ventilation. Air-con won’t work and adding a heated element creates too much cost and technical complexity. But the Spitfire-inspired canopy is a magnificent thing. It covers the roll-hoops with the tightest of clearances and is as shallow as possible to aid aerodynamics and retain that streamlined shape, meaning that anyone over 1.85m will not fit. Why 1.85m? That’s 1cm taller than the man who designed this. Such geeky detail puts me in mind of Gordon Murray who omitted a radio from the McLaren F1 because he didn’t like radio. This is a single-minded single seater. The main man behind the M3WSC will blush at comparisons with one of the world’s greatest designers. He’s a modest Kavalier and I’ll come to him later. 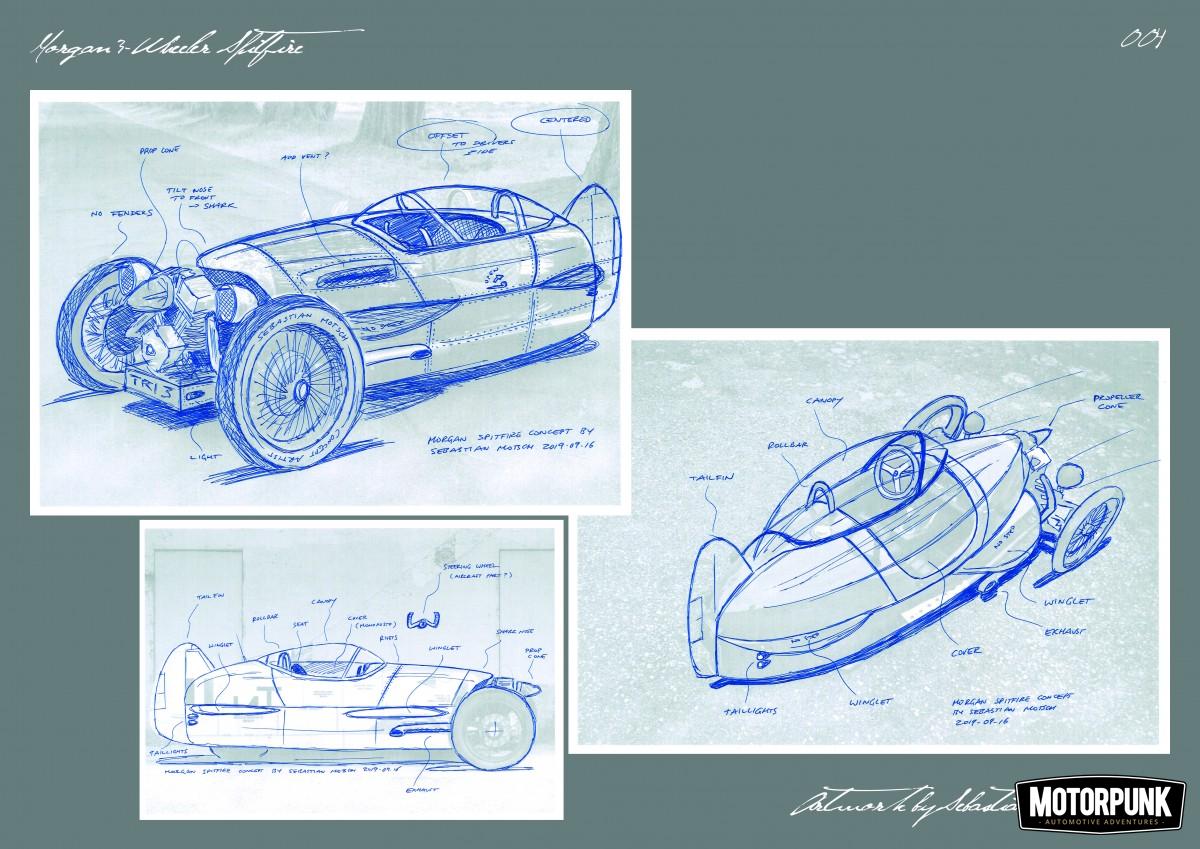 The aircraft elements are more than cosmetic. Firstly, that tail; the rudder element is cabled to the steering, going left or right (port or starboard) with the turning of the steering yoke. It doesn’t have a steering wheel. On our opinion they’re ugly-looking things on the standard M3W, so the M3WSC has a yoke. It’s smaller that a wheel, aiding ingress and egress, and the flat shape aids legroom. The smaller diameter makes steering inputs a bit sharper, too. In addition to the moving rudder, the ailerons are activated by the brakes, again via cable, adding downforce under heavy braking. The stubby wing profiles have an inverted windflow element, adding downforce whereas the Spitfire wing adds lift. There are small direction markers in the tips of these winglets, red for port and green for starboard. Stencilled on the top of each is ‘NO STEP’. To further reduce weight and add downforce, the exhaust is cut short and exits under the winglets.  These features are added to a standard car as an aftermarket design, we think there’d be no IVA paperwork needed or other administrative bother to get this on the road legally. 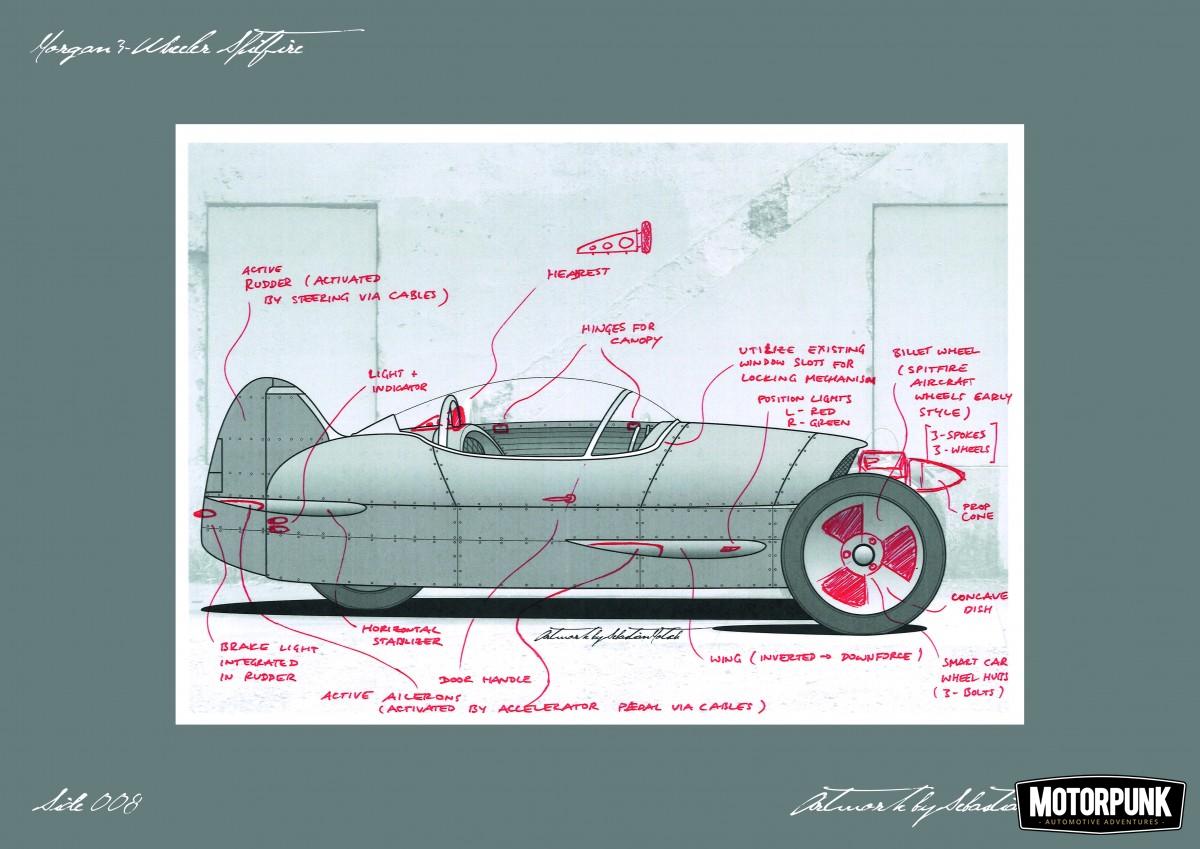 The seat is bespoke aluminium panel, built around the driver, with minimal padding. Spitfires have a thick metal plate behind the drivers head as bullet protection, the M3WSC has a plate in the same position so that pursuers cannot easily identify the driver. There are options for the paint – pale blue, inspired by high-altitude PR Spitfires, or an earthy camouflage. Both paint options will have an unpainted underside as stones would invariably wear the paint anyway. None of those silly bullet-hole stickers here. No-one is going to put a round into this car. The welded tubular joint where the drivers right knee is covered in a small pad because I hate catching my knee there normally. There’s a clip to hold a map or an iPhone and a power supply, on the passenger side. No cup-holder but there is a bowed steel loop to hold a hipflask. Seats have heated pads. This car needs to be comfortable enough to journey to the Albert Ball rally in France each year, an event we ‘punks founded, and a roadtrip we love. The front wheels are from single piece billet aluminium, like early Spitfires, with three-bolt lugs taken from a Smart ForTwo. The air-cooled engine normally has a folded, flat-section steel plate for protection, the M3WSC has a nose cone which offers the same protection and aids aerodynamics. Plus, it looks like a Spitfire – and who wouldn’t want that? 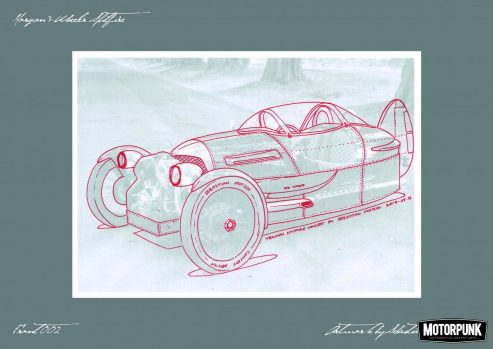 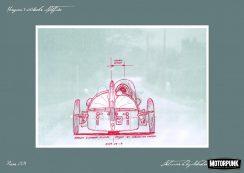 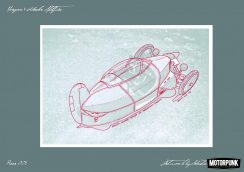 The M3WSC concept may well cause a few waves. Here’s a few more; We can say that the principle designer is not a one of the usual Worcestershire chaps, but a German friend of the brand. Sebastian is a well-respected concept artist, an engineer who trained first in car restoration and is a time-served project leader at gearbox manufacturer ZF. Everything designed here works. It fits. It’s ready. There’s a whopping CAD file and components have been costed. Everything can be productionised should there be sufficient demand. Sebastian has done an incredible job. Cost of this car? I have no idea. Delivery time? I do not know. There have been few different versions of the M3W since its launch, and, yes, there is still work to be done to turn the M3WSC into something you can pester your dealer about, but the M3WSC is surely the most exciting thing to ever wear that iconic badge. Let’s hope it flies. 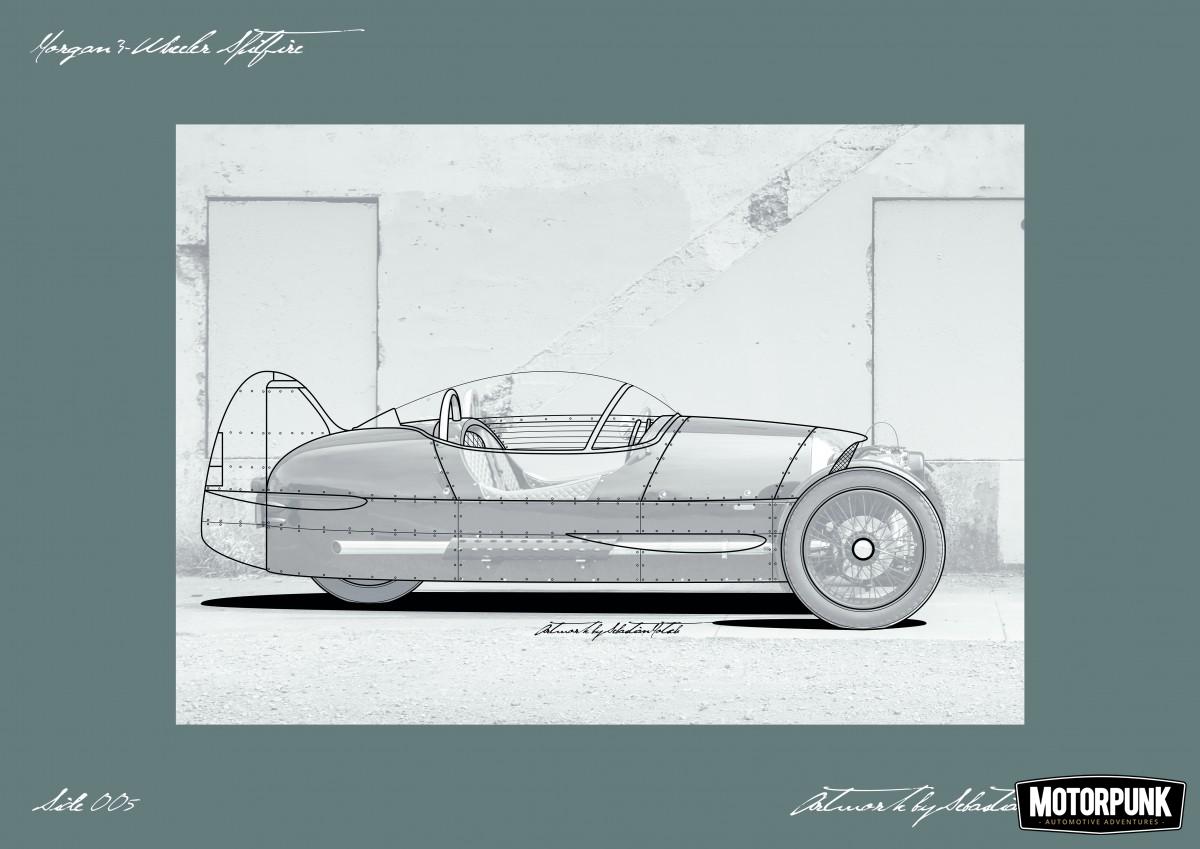 Note – all pics are copyrighted, and not to be reproduced without permission of the Author. My Dad’s bigger than your Dad. Etc.