Bond’s Esprit Turbo, self-destructing in For Your Eyes Only, the Bedford Harrington coach, left dangling in The Italian Job, and Steve McQueen’s scrambler in The Great Escape, which didn’t escape; Script-writers have a cruel way of denying we fans of these iconic vehicles the ending they desire. I’d rather see Roger Moore come a cropper than have that Esprit explode and the Mafia can have the gold, I want that coach to survive it’s cliff-hanger. McQueen, as Virgil Hilts, nicks a Nazi’s ‘bike and oh-so-nearly makes it to Switzerland. We all know this. We’ve seen it a hundred times before yet still sit on the edge of our seats willing his scrambler to leap that last fence to freedom. McQueen was a bike fanatic and his bike of choice was the Metisse. 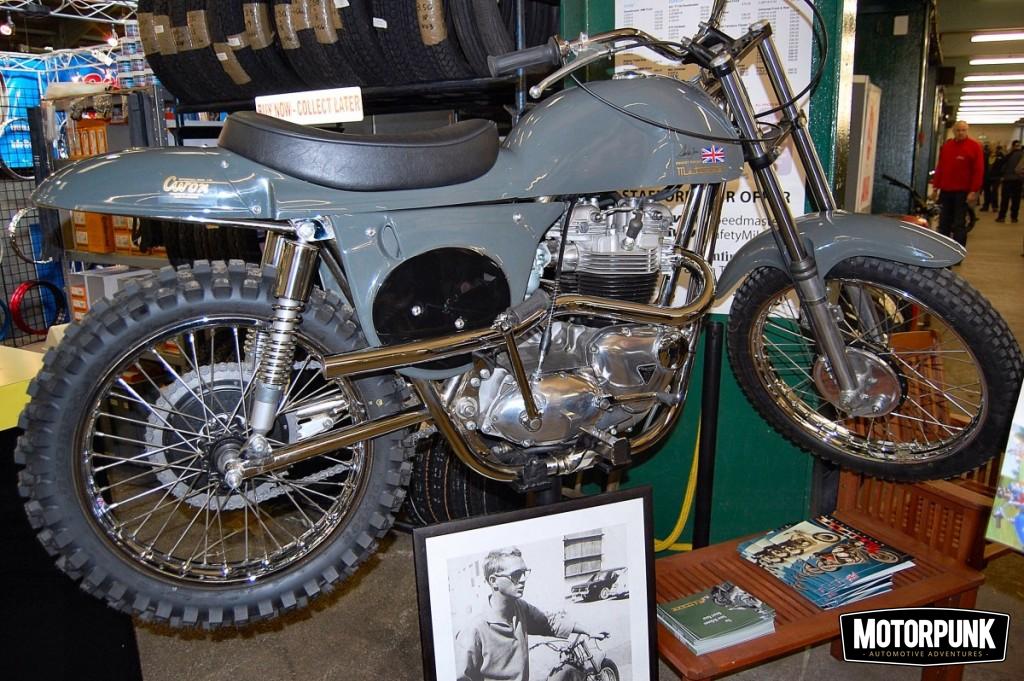 The Metisse brand started in the ‘fifites and quickly produced motocross bikes that won in 250cc and 500cc classes. In the ‘sixties they produced well-respected road racers with disc brakes and their own design of forks. In the ‘seventies American owners took their Matisse scramblers desert racing on the Baja 1000 and The Six Day Trial, where the brand was picked up by stuntman, Bud Ekins, and his friend, Steve McQueen. McQueen said it was “the best handling bike I’ve ever owned”. High praise from the King of cool. 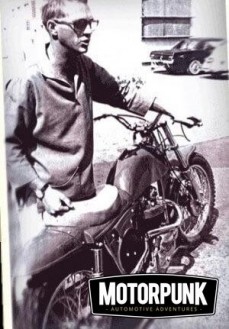 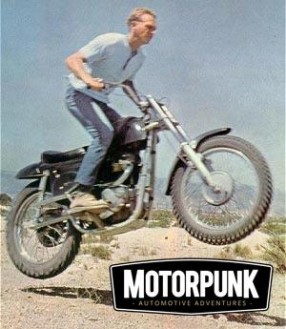 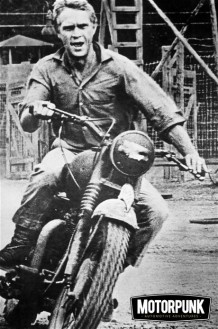 In The Great Escape, though, McQueen rode a 650cc Triumph, with a few cosmetic mods to look like an old BMW. He was so adept at riding quickly in the scenes where he was being chased by soldiers near the Swiss border that he actually outran the stuntmen on bikes pursuing him. Legend has it that these scenes were re-shot, with McQueen then dressed as a soldier, doing their shots too. He was a great rider, no doubt, and Matisse recently honoured him by producing a bike to his favourite spec. 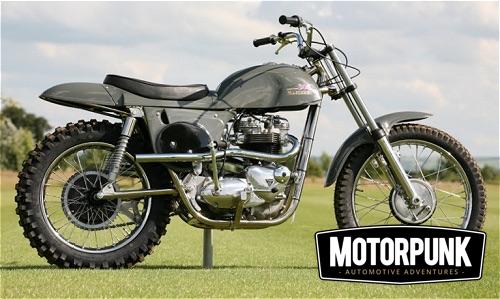 The McQueen Desert Racer has a reconditioned 650cc Triumph T6 engine, single Amal R930/23 carb, 4 speeds and twin upswept exhausts. There’s 35mm Ceriani forks on the front and repro Girling dampers and springs on the back. It weighs 135Kg (dry) and has 190mm suspension travel at the front, and 100mm at the rear. It’s a vintage spec, built to a very high standard, correct in it’s details to McQueen’s original. Lights and indicators are optional extras, if you’d like it road-legal, but to pay perfect homage to McQueen we’d not bother. We’d want to take it off-road. To accomplish what The Great Escape’s script writers denied us. We’d like to see Virgil Hilts jump that final fence. 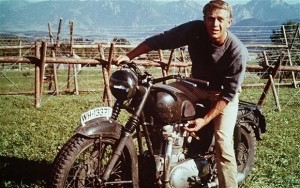 The men at Matisse clearly think the same and, with the help of the Sunday Times, improved an Oxfordshire golf course with a well-constructed nazi fence to re-enact something rather special. Riding a McQueen desert racer bike they give us all the ending we wanted. We love this. Watch the result below;