This is now possible thanks to the efforts of Audi USA pedalling their new e-tron in the most execrable Audi advert to ever grace TV. Premiering on the most expensive ad time known to man, The Super Bowl, it’s somehow found its way onto my bloody YouTube feed.

So what did they do? Take a post Game of Thrones star seeking to stay relevant, add the most annoying earworm song of the Woke generation, then guilt trip and demean every petrol head and blue collar worker by suggesting your seventy thousand dollar electric luxo barge is what they should drive.

Audi plonks the diminutive Maisie Williams in its e-tron sportback. (a VAG Urus clone without the noisy parts.) Maisie looks tiny, like a child in a large bathtub. They drop her and the Audi into a fume choked LA street scene. Quickly we understand that super shiny Maisie In her super shiny bathtub is stuck in a traffic jam, surrounded by dirty petrol cars containing unwashed poor people. A radio announces record temperatures. Cue angry white trash in dirty pickup trucks and a potential steroid using serial killer in a menacing Dodge Charger. Cue horn blaring, engine revving, and a trollop with Botox lips sucking on a sugary drink. These are stupid people, possibly without highly paid jobs.

Maisie is frightened and angered by the peasants surrounding her. Fortunately she is in her electric safe space and is able to burst into a rendition of Frozen anthem, ‘Let It Go’. In a split second she is transformed from D-Fens of Falling Down, to what any twenty year old in a range topping Audi SUV undeniably is; a little princess.

What’s more, the infamous chant of the snowflake generation magically evaporates the peasants, and the super shiny Audi (Look how clean it is, because it’s electric!) waltzes off along an LA carriageway as devoid of traffic as Wuhan Airport. Maisie glides past grubby mechanics working on a nasty old van. They doff their hats to her electric marvel, whilst stereotyped Hispanics make their funky lowriders jump up and down, waving with joy at the princess in her bathtub. 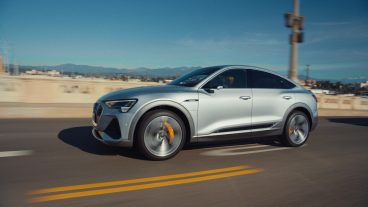 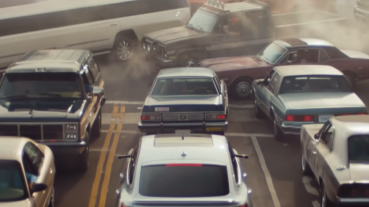 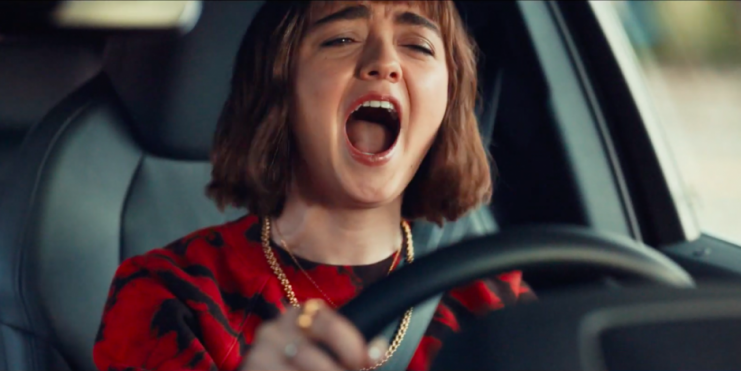 Maisie then demonstrates her Audi driving / ownership credentials, by cutting across the only other car on the road, a stretch limo. Naturally, the subject in the back of the limo is a stereotypical, old, white businessman. He’s too busy barking orders on his phone to notice the electric magnificence that is the shiny bathtub.

Maisie notices him though, treating him to a sneering look because, well, I don’t know, the cars driving responsibly on the inside lane? Maybe because:

A) It’s a gas guzzling Limo,

B) Audi ownership promotes sneering at other road users.

C) Unsubstantiated, but likely, the angry old businessman is an Oil Baron arranging a hit on Greta Thunberg.

The film ends in Broad Sunlit Uplands. Audi exhorts all to join in a sustainable future. Maisie offers a Game of Thrones pun, who would have guessed?  Then winks at the camera as if to say, I got paid so much for this I can buy ten of these bathtubs and virtue signal with all my homies.

Audi’s tagline for the advert is, ‘Embracing the future starts with letting go of the past’. They show us, in as millennial a way as possible, that petrol is the past. The future is electric. People who like petrol cars are bad/ stupid/ nasty/old  -and because this is an Audi advert, lesser mortals.

All or some of this may be true, however their cringe-worthy ad has backfired with some sensing hypocrisy by Audi. Comments on the Audi USA YouTube page are as divisive as the advert itself.  One which Audi should take to heart comes from Chris Digital: “Oh great more electric cars for rich people…How about making a f***** car for $15000 so people can actually afford one?”

Sorry Chris, but you’re not the demographic Audi is aiming for. Let it Go.