We love old British Le Mans cars, especially the C and D-Type Jaguars; they are so chock-full of cool little details and are fabulous tributes to the absolute limits of racing know-how from their 50s heydays. All race cars from this era have a hell-of-a-story to tell, and this BRG lovely is certainly no exception.

The history of Jaguar as a force at Le 24 Heuers du Mans kicks off in 1950 when three lightly modified XK120 were entered by the factory. Despite little development as a race machines they performed magnificently with the lead car, piloted by works driver Leslie Johnson, snapping at the heels of the leading Talbot until its clutch final gave up the ghost in the 21st hour of the race. The other two cars limped home in a lowly 12th and 15th but it was enough to convince Jag’s top boys that they had the basis of a serious Le Man contender, and in 1951 the Big Cats arrived in force. 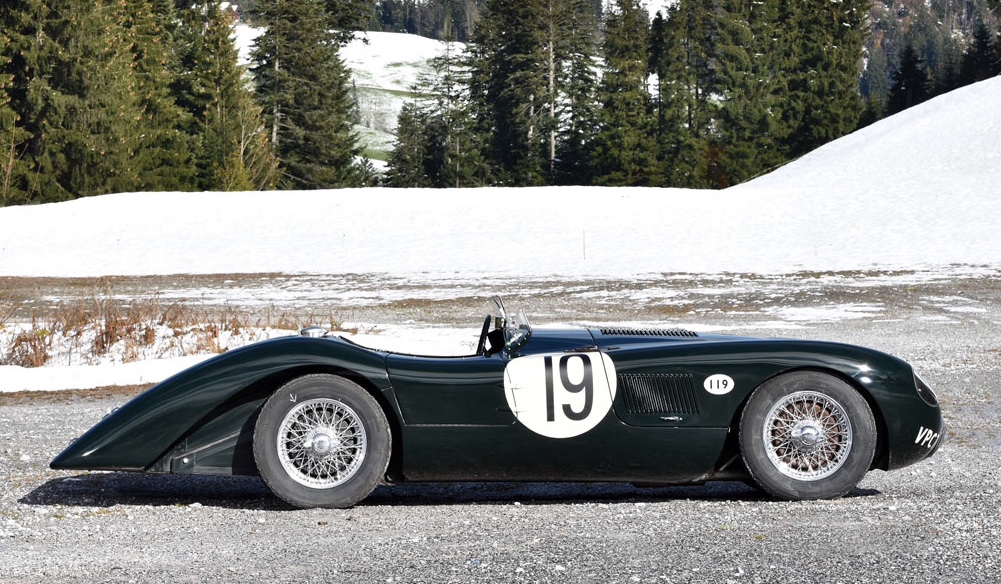 Three heavily revised XK120-C ( better known as the C-Type; ‘C’ standing for Competition) were driven directly from Coventry to Le Man the following year – it’s just what they did back then – and won at their first attempt.

However, in 1952 Sterling Moss was seriously concerned about the straight-line speed of the Mercedes 300SLRs that had out-dragged him on the Mille Miglia. With only a few weeks to go before the team had to be in France, Moss urgently sent a telegram direct from Sicily demanding “Must have more speed at Le Man.” So Jag’s best boffins modified the C-Type’s aerodynamics to increase the top end; the 1952 Low-Drag version of the C-Type had a longer tail and lower nose which reduced drag by 20%. However, the consequent rearrangement of the cooling system and limited ‘shake-down time’ made the car vulnerable to overheating and all three cars eventually retired. The sleak new bodywork – gorgeous though it looked – also proved troublesome and actually gave the car a terrifying speed wobble on full chat.

Back in Coventry, all three of the Le Man aero-bodied C-Types were hastily dismantled by the disgruntled Works mechanics. Only car No.3 (Chassis XKC 011) still exists today but is re-clad in standard bodywork. 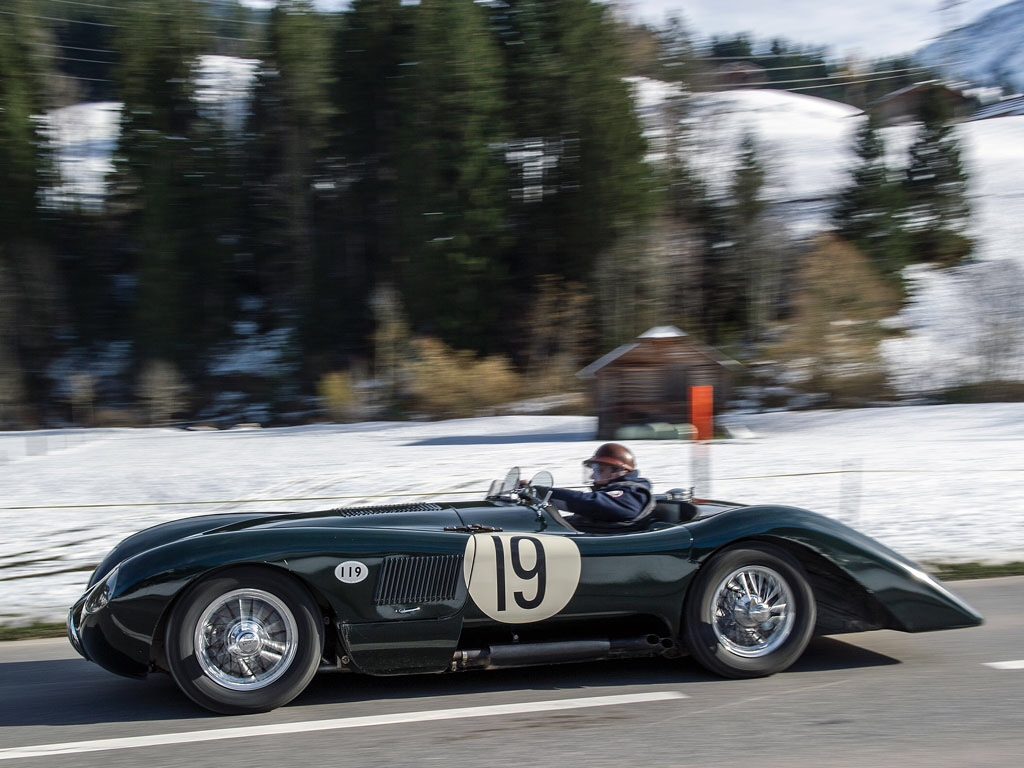 In 1953 a 220bhp C-Type returned to Le Man victorious, heroically piloted by the hungover pair of Hamilton and Rolt at an average of 105.85mph. This time the body was in thinner aluminium, had a lighter steel chassis, disc brakes and even had a kind of rubber colostomy bag as a fuel tank to shave off a few precious ounces.

This C-Type Aerodynamic, an exacting recreation of the 1952 XKC 002 works car, is the result of Jaguar enthusiast Tony Brown’s desire to recreate car #19 “down to the last detail”. Using a donor XK120, respected C-Type specialist Andy Thomas, of Classic Chassis, produced a perfect copy of 002 as a rolling chassis and engine. The 3.4-litre straight-six was also rebuilt to Works specs, achieving 210 horsepower at 5,800 rpm. Months were then spent referring to hundreds of period photographs to get the bodywork just right, which was beaten by hand in the same grade sheet aluminium. The interior was also trimmed to exact Le Mans specification, which surprisingly, was in vinyl rather than leather – presumably ‘cause it was a smidge lighter – never mind that it burns the driver’s arse to crisp in event of a fire!

As automotive art, this thing is wonderful. Never mind that this car was rubbish at racing and that that this is ‘only’ a replica; it still sold for 257,600 Euros at auction in Paris last year. 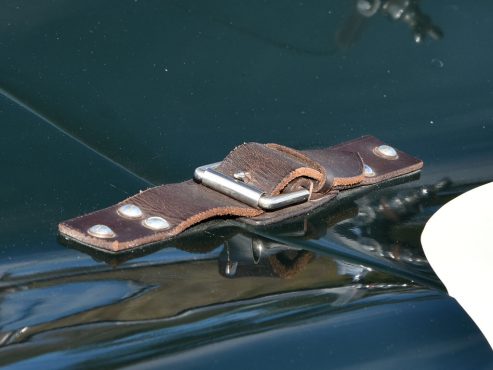 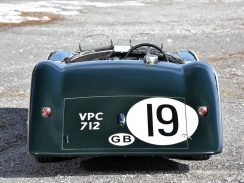 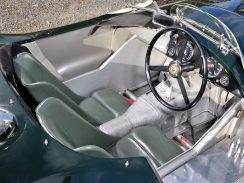 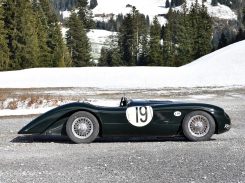 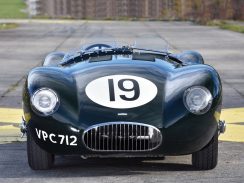 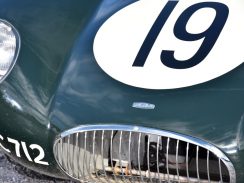 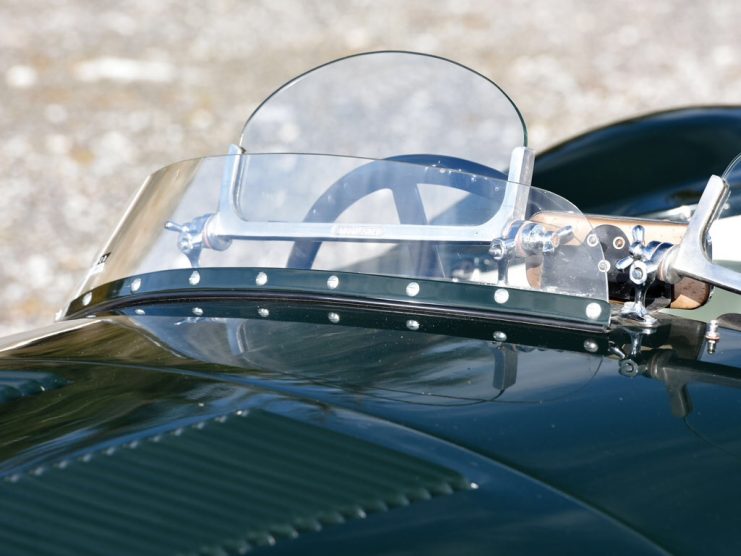