I always thought that Hyundai was a cheery Welsh farmer, right up until I met my current girlfriend who actually drives one.

It turns out that they actually make cars, such as her i10. Which is sea blue and very angular (i.e. square) making it look like a fish tank. However it gets her from A to B and is slightly more appealing than traveling by public transport. Which leads me nicely to the relatively new Hyundai Veloster; which surprisingly looks mega. Its name also brings to mind those kitchen-dwelling dinos from Jurassic Park – you know, velociraptors – which is also kinda awesome. Especially if you’re 8 years old and like dinosaurs, robots, aliens or monsters.

But the Veloster is brilliant not just because of this, but also because it looks fab. But mainly because it’s the first decent Hyundai to ever be built. Apart from their 5.5MW offshore wind turbine, COSCO Guangzhou transport ship and any of their industrial robots (which are a bit like Honda’s Asimo but don’t walk as if they’ve shat themselves). Daewoo were also in the business of making better shipping containers and food mixers than cars, but to the best of my knowledge never made one that looked half as good as the Veloster. Excepting the drop dead gorgeous Espero. Which incidentally is the Spanish word for an instant orgasm. 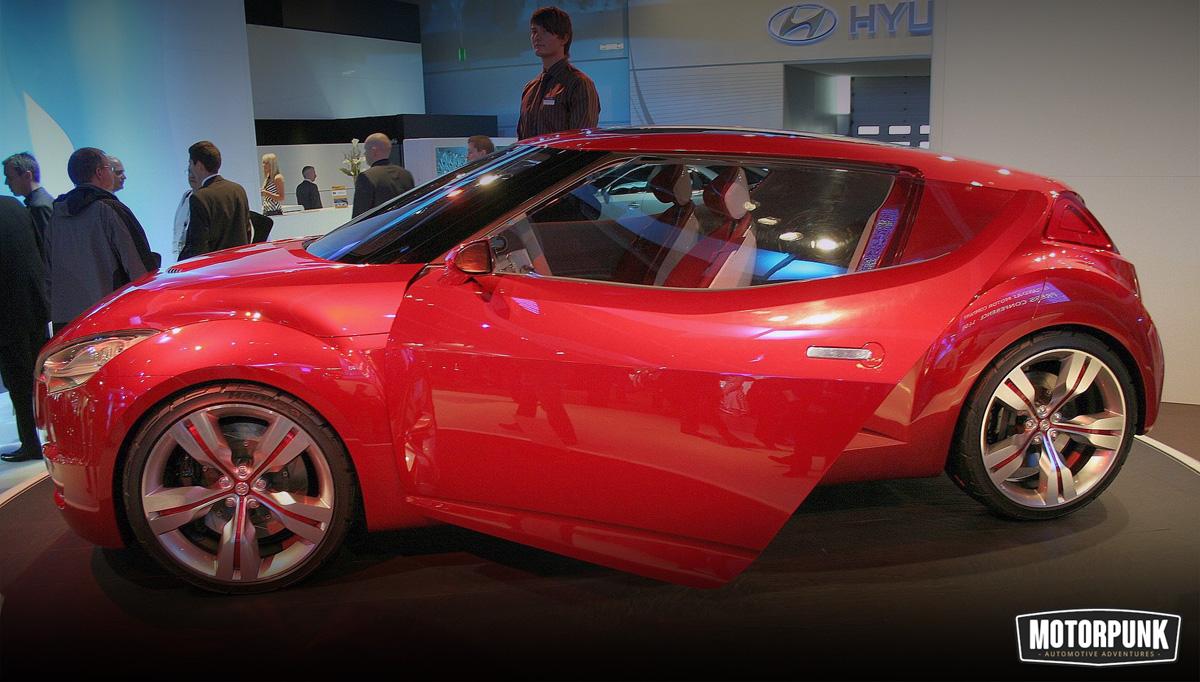 Hitherto Hyundai made cars so fugly that even crash test dummies refused to be seen dead in them, and remember Vauxhall employed these chaps throughout the 1980s. Yet the Veloster is very shiny and looks like it was built by people with the gift of sight and could turn into a Transformer any second and punch a skyscraper in the face. The side elevation is a joy, whilst the rear hatch design is off the scale. I very much doubt whether the driver could see out of the rear portal when reversing, but providing it’s got rear parking sensors casualties will be kept to a minimum. The whole thing looks really sporty too. All hunched up and ready to sprint off the starting line like a ‘roided up Ben Johnson in 1988, before he was eliminated for cheating at that Olympics … which Whitney sung the theme tune for before she also discovered drugs. 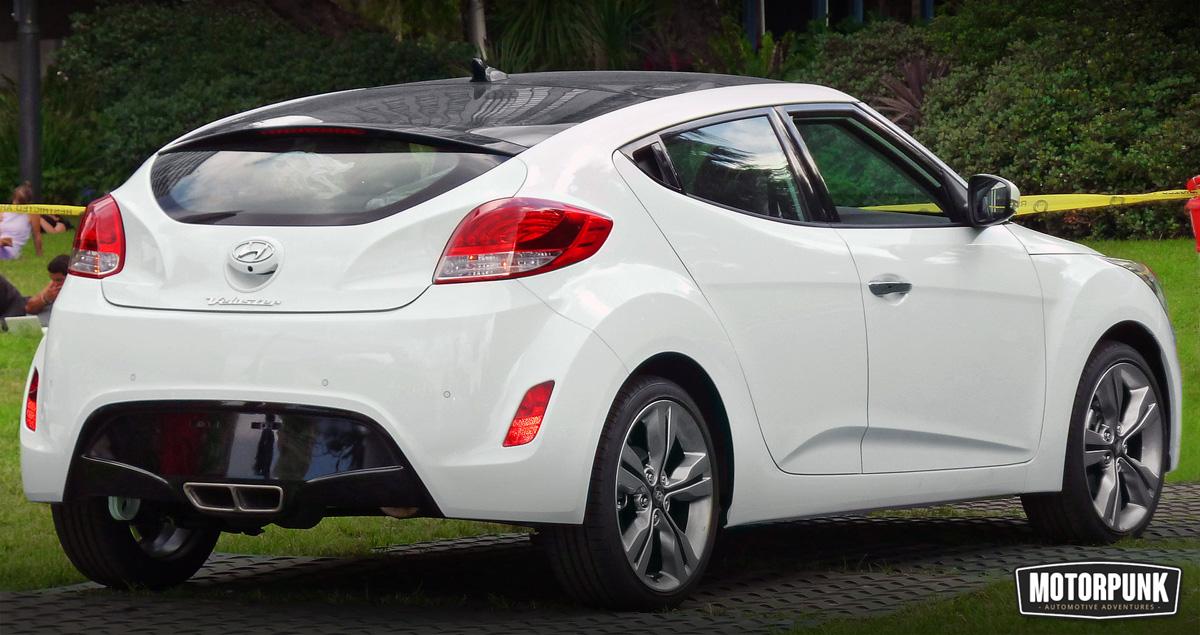 The back view is also pleasured by twin exhausts protruding from it, which makes the Veloster look aggressive and dangerous to know; whereas typically Hyundai’s are unassuming and meek; like that effeminate choirmaster off BBC2. Most of the Veloster’s roof consists of glass, just like your dad’s greenhouse, which would make it superb for growing tomatoes in during the summer months. If say, you were going on holiday for a fortnight in July and fancied something juicy in your salads on your return. Ironically, there’s far less glazing in the traditional areas, like the side doors, as the rear windows taper up and are miniscule on the two-door version. The four door model has additional doors. Additional doors = more windows. More windows = bigger tomatoes.

The Veloster’s insides are very space-age. Think Button Moon. No, Space 1999. Minimal, swept, curvaceous lines are what the dashboard is all about, while the boot area will easily accommodate a varied and diverse selection of things that you might purchase from shops and shit. Meanwhile, in Global Rallycross form, the Veloster looks even meaner, like one of those horrible Citroens that are suddenly transformed into something sexy when kitted out with spoilers, white alloys and a pack of decals. But of course, for similar money, you’ll only be able to afford a 1.6-litre Veloster with illusions of velour.

In summary, we recommend 30 Seconds to Mars’ new long player. 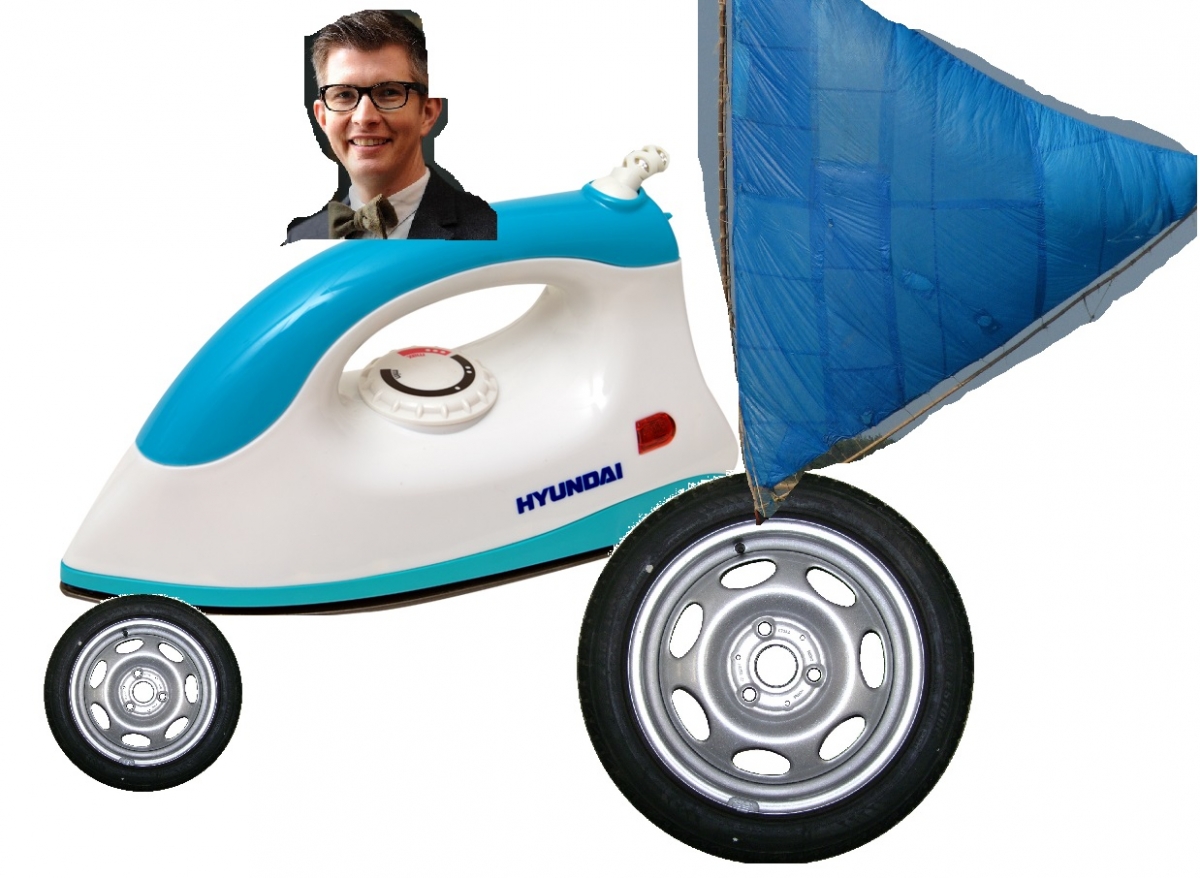