As you probably know we at MotorPunk HQ have a bit of a soft spot for the 1970s, and we get quite nostalgic over wedgy sports cars, grainy BBC comedies, Scalextrics and other retro playthings. But we get especially misty eyed over anything from this golden age of Formula One when our boyhood heroes – Hunt, Lauda, Fittipaldi et al – did battle.

In reality the 1970’s, for most folks in Britain, was a pretty dreary decade; militant unions and ineffectual management lead to the decline of Britain’s car industry; we had the three-day-week, power cuts, miners strikes, high inflation, nylon underpants, skinheads, Shawaddywaddy and Jimmy Saville on prime time telly; and while we all begged our ‘70s Dads to buy that funky new TR7 it seems that most school kids usually endured the daily school-run in a drab brown Maxi, Marina, or Allegro … dismal times indeed.

Luckily, to cheer us up on the homefront, there were two very handsome and charismatic motorsport world champions bringing it home for Blighty: on two wheels was the enigmatic Barry Sheene, and on four the gentleman playboy, James Hunt. These two instantly hit it off and soon became good mates, sharing a love of fast machines, good living and (allegedly) a particular peccadillo for air stewardesses which meant they nearly always had their teams book into hotels near to the major airports; Hunt in particular, with Sheene as his wingman, was rumoured to have fiddled with more BA ‘undercarriage’ than the entire Gatwick ground crew. 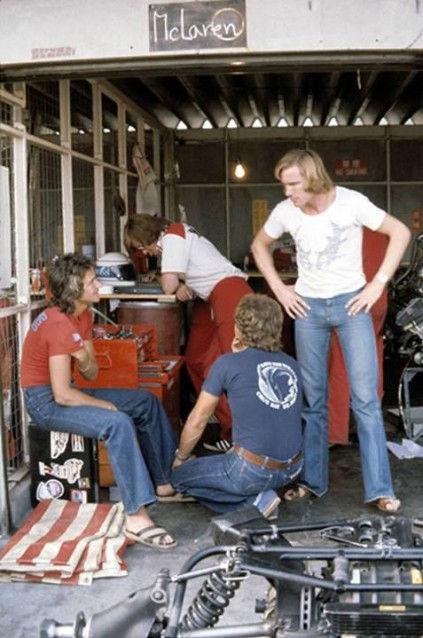 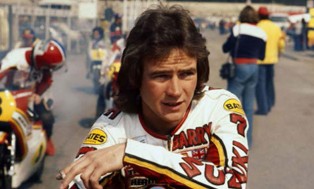 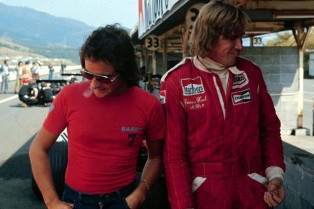 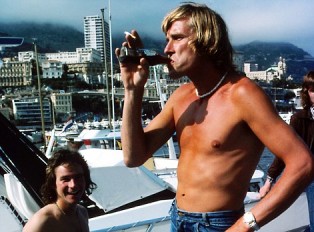 But while Sheene took 500cc and 750cc World Motorcycling Championships in the mid ‘70s with backing from the biggest and most professional Japanese works teams, Hunt’s rise to F1 stardom is one of the greatest tales of plucky British underdogs, English eccentrics and devil-may-care spirit that has ever been told.

The story starts in 1972 when the 22 year old Lord Hesketh and his best chum ‘Bubbles’ Horsley decided to join the Formula 3 circus so that they could party their way around world and hang out with motorsport’s great and good at circuits like Monaco. He took on the jobless James Hunt to race alongside Bubbles in F3 and F2, but unfortunately both men had a habit of smashing up their race cars (Hunt through lack of fear, Bubbles through lack of talent). A dubious bit of ‘man maths’ by Hesketh figured that racing at any level was a bloody expensive business and it wouldn’t cost him much more to step up a league and form an F1 race team. ‘In for a penny, in for a pound.’

In 1974 Hesketh Racing, with Hunt as its No.1 driver, entered their first F1 race at the Spanish GP in the newly unveiled Hesketh 308, a heavily fettled version of their old March 731 F2 race car. Hunt clearly had talent but he also shared his eccentric manager’s joie de vivre. Lord Hesketh’s philosophy was that if you’re going to race in the World’s most cut-throat, expensive and dangerous branch of motorsport then you might as well have a bloody good time doing it. Hunt and Hesketh arrived at race circuits in the team’s Rolls-Royce Shadow II; they also had their own private jet, an enormous yacht for spectating and entertaining at Monaco and even installed a grand piano in the back of their pit garage for pre-race sing alongs with friends and celebrity pals. The champagne flowed at Hesketh Racing whether they won or lost. 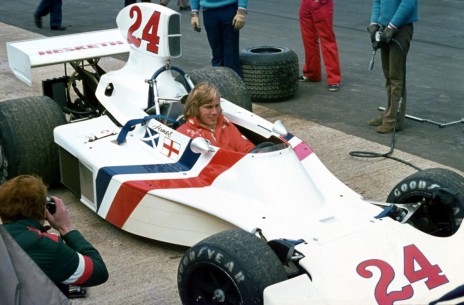 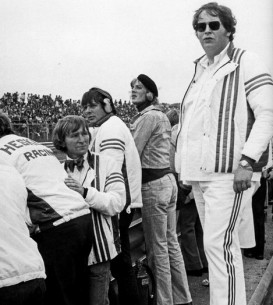 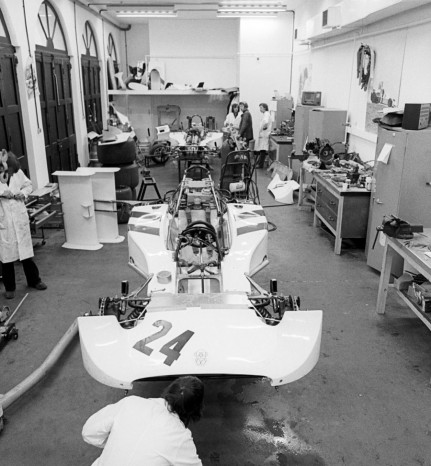 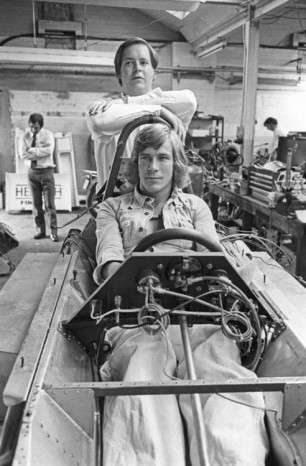 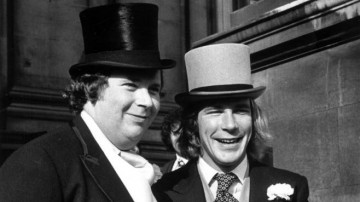 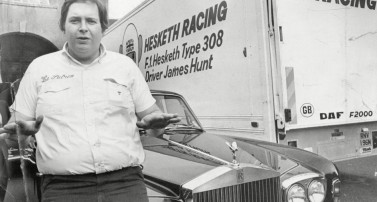 The flamboyant English garagistas frequently embarrassed the established race teams with their Hesketh 308. The car was surprisingly quick despite its limited development budget but was also unreliable, much like its No.1 driver. But in the Dutch GP at Zandvort in June 1975 the planets seemed to align for one glorious day and Hunt romped his Hesketh home to take first place ahead of the two Ferraris. This was to be Hesketh Racing’s finest moment.

You probably know the rest of the story: Hunt was poached by McLaren and went on to win the 1976 F1 Championship, while, unsurprisingly, the twenty-something Lord Hesketh started to run out of money to fund his lavish playboy lifestyle. But never mind all that, lets just remember that glorious summer of ’75 and raise a glass to the greatest, most MotorPunk, F1 race team that ever was. 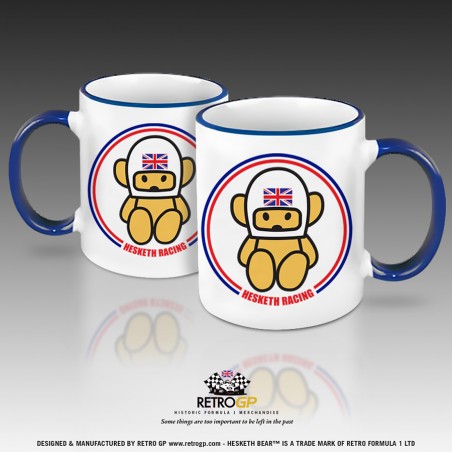 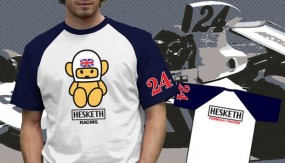 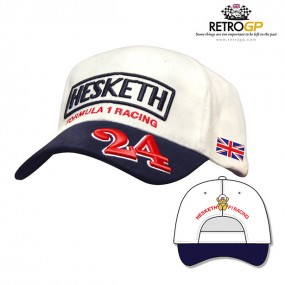 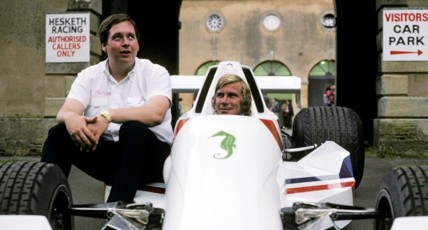 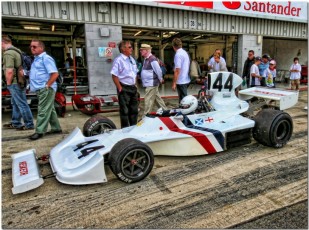