Don’t be fooled by the 50 year old fascade. This, the quintessential British classic sports car has been fettled by the MG gurus at Frontline Developments and has evolved into something, well, rather special. This car is a beast, a proper drivers’ car. It’s called the Abingdon Edition and this particular hand-built lovely will cost you the thick end of £90,000. Nevertheless, by the time you’ve read this little post, and ogled the gallery below, that price tag will start to make sense.

There’s an enormous amount of interests in resto-modded classics these days; cars with the all the nostalgic style, character and pedigree we love but with fresh modern underpinnings that make them as much a pleasure to drive as they are to look at. We’ve seen the Americans reinvent the 911s at Singer, Icon’s cleverly updated Ford Broncos and even the fabulous Eagle Jaguars. But since 2012 Britain’s most iconic and most successful sports car, the MGB, has also been getting a high-end 21st Century makeover too. 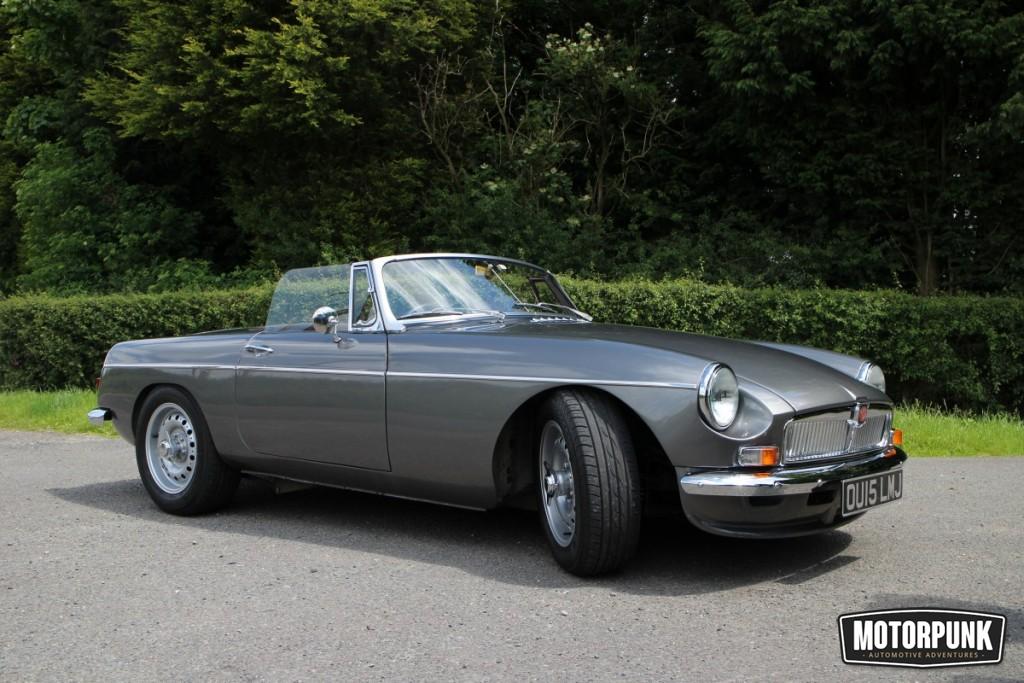 Such is the trend for all-old-things-that-are-cool-again Rich and I thought that story of Frontline’s foray into up-market resto-modding would make for a cracking little video for XCAR and popped over to Oxford with cameraman Matt in early May to see the company’s new Abingdon Edition based around an early ‘60s MGB Roadster.

As we spent the morning chewing the fat with the Directors Tim and Ed, Matt bristled the MG with GoPros and DSLRs. As MotorPunk’s self appointed No.1 driver I took the car out first onto Oxfordshire’s picturesque back roads, and as the owner of an original 1971 1800cc MGB GT I have to say that this car’s heavily breathed-upon 2.5-litre Mazda 6 lump was ruddy astonishing by comparison. 304bhp, 248Ib/ft of torque, gets us to 62mph in under four seconds. Remember, this thing only weighs 900kg … that’s 340bhp per tonne, the same as an Aston Martin Vantage V12! Although I was ensconced in a fairly familiar looking cockpit there’s none of MG’s trademark creaks and rattles; the build quality is flawless with more than 400 man hours going into each car; a bespoke seat fitting alone can take three days to get things absolutely right. 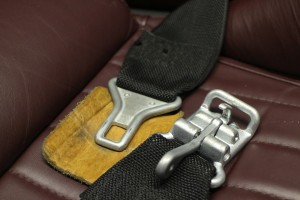 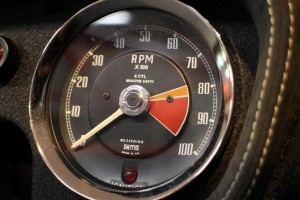 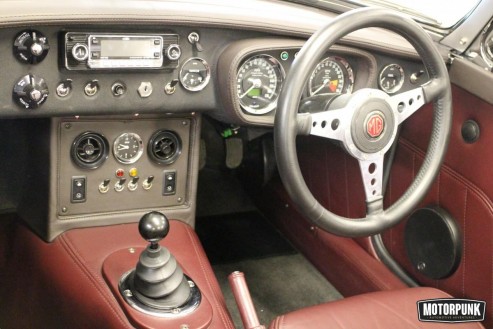 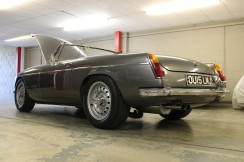 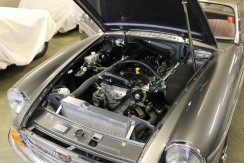 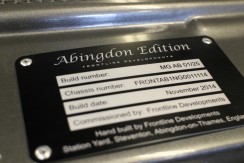 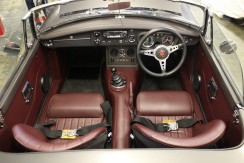 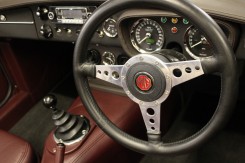 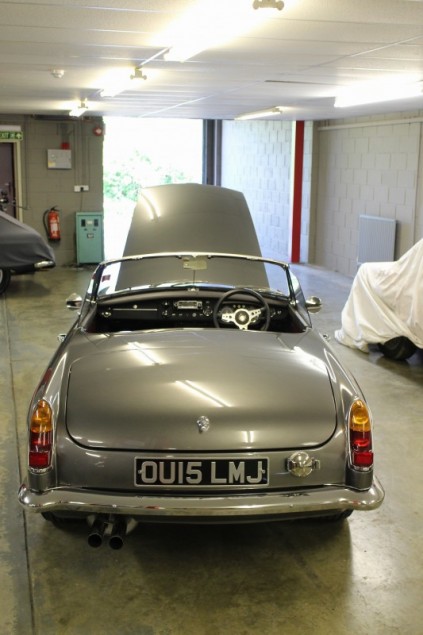 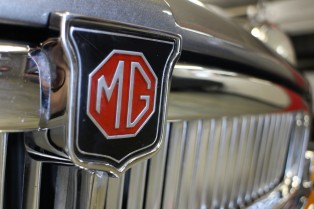 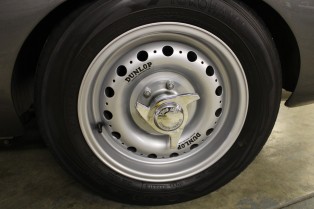 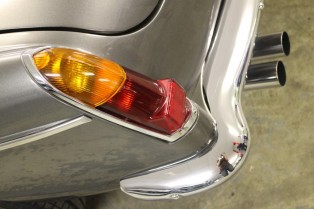 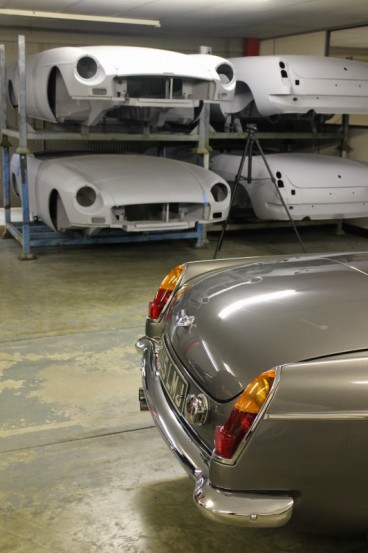 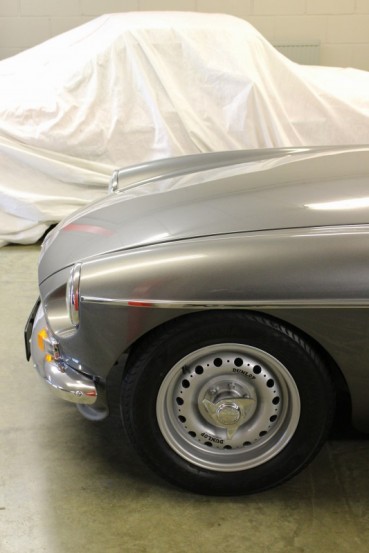 Rich, who’s lacks any mechanical sympathy for other folk’s motors, is up next and really opens up the taps to repeatedly photobomb the Pistonheads car test that just happens to be using the same ribbon of road (some chavved-up French super-hatch with the styling subtlety of Timothy Westwood). Even with my ham-footed Co-Editor hooning about the countryside the roadster corners flat and soaks up the knackered rural tarmac with aplomb. Simply put, it was bloody brilliant. We can’t wait to whack up the finished XCAR video on MotorPunk so you can see our stupid grins of approval. You see, we believe that things are changing for retro British motors; MGs don’t have to be the preserve of the bearded/real ale quaffing/morris dancing/tweed wearing classic car bores (known derisively as the ‘Beards’ at MotorPunk HQ). They don’t have to be the sluggish playthings of weekend picnickers loaded with tartan rugs and hampers. Don’t forget that in the 60s Works prepped MGBs were taking class wins at Le Mans, Targa Florio, the Sebring 12 Hours and the grueling Monte Carlo rallies; they were driven by racers, rock stars and royality. In Frontline’s new Abingdon Edition I think we really have a genuinely cool and patriotic alternative to Singer!

So there you have it, the Frontline Developments Abingdon Edition MGB Roadster. When you consider that its closest rival, the Eagle E-Type Speedster is about £650,000, and Singer’s 911s are a cool $1million, the £90k price tag of this stonking little retro-styled sports car starts to seem like a bit of a bargain … if you’re fairly rich … which, sadly, we aren’t. 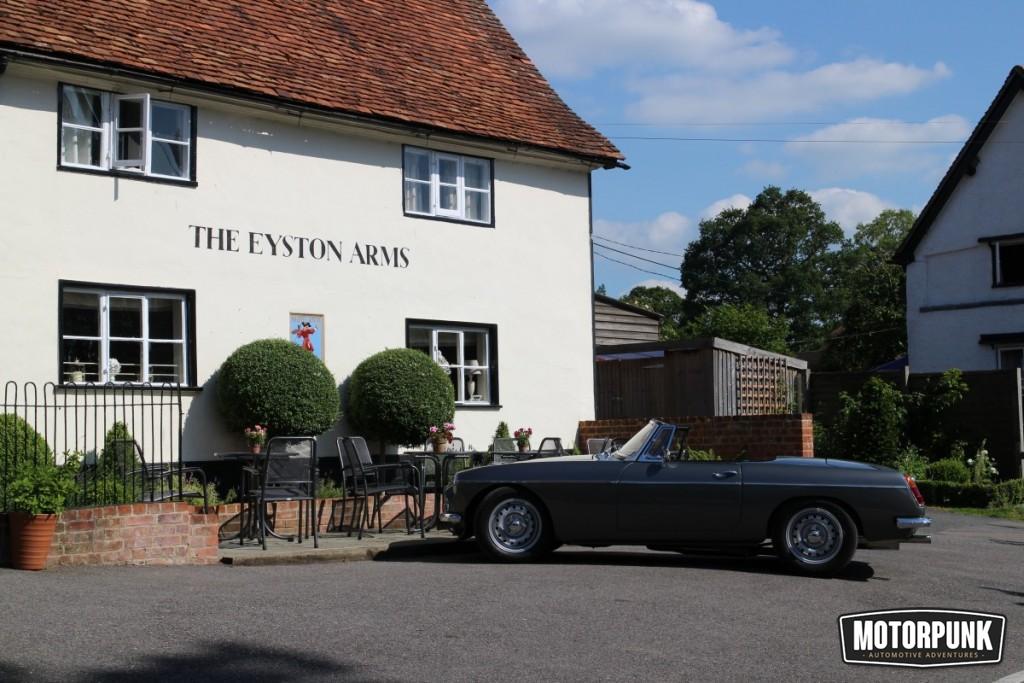