We mustn’t mock (much). These guys, despite their ugly stats, have achieved more in F1 than I ever will. Apart from Langes. Or Bagration. Anyway, my point is that they have at least tasted racing, even if history remembers them as rejects. We would love to make this race happen. Some of them might be too proud; others too dead. But getting this lot together would unquestionably make for the most entertaining race ever seen. Let’s have a walk down the virtual grid, shall we? 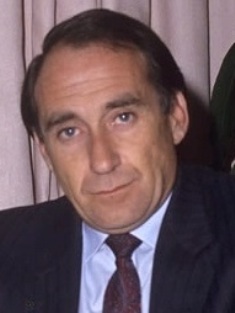 In the ‘70s it was quite possible to get the odd drive in F1, providing you were up to scratch and had a few bob. Jorge de Bagration y de Mukhrani certainly had pedigree. He was a member of the Georgian royal family living in exile in Spain and had a solid track record in touring cars, hillclimbs and F2. In ’74 he filled in the forms for the Spanish Grand Prix, probably writing his name very small so as not to go off the page. He then told his missus, the ridiculously named María de las Mercedes de Zornoza y Ponce [breathe] de León Nuria Llopis y Oliart, not to wait up. He spoke to the Spanish press, who made a fuss of their adopted local hero, and bought a Surtees TS16. Jorge de *Cut n Paste Surname* never started the race. The President of the Spanish motor racing federation lost his job just before the race and cleared his desk, including Jorge de *WhatsThatWorthAtScrabble’s* entry form. His protests went unheard and the race happened without him. For someone with such noble DNA it is rather fitting that his F1 record is the same: DNA (i.e. Did Not Arrive). 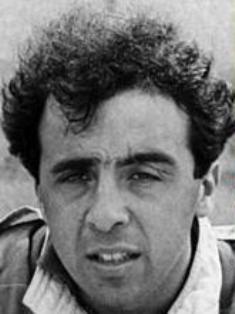 Statistically, Langes is probably the worst F1 driver ever. He never passed pre-qualifying. He came from karting and F3000, like many before him, and arrived in F1 in 1990. Now, to be fair to him, no-one walks straight into a top team in their first season and so Italian Langes had to settle for a seat with Eurobrun – a team that had failed to qualify in every single race of the previous season with their one, pathetic, car. “Let’s be twice as bad!” they perhaps said, but in Italian, and entered two cars for the 1990 season without counting how many Lira they had to fund this nonsense. Langes never got close to passing pre-qualifying, being up to 16 seconds slower than his team mate in a similarly lethargic car. In Canada Eurobrun couldn’t afford to run his car but didn’t want to be fined for a no show, so let him pootle round in practice before telling him to put the kettle on, after presumably asking him to scrounge hot water, a teabag and milk. And a cup. Eurobrun couldn’t afford to travel to Japan or Australia, and gave up. Where are you now Claudio? 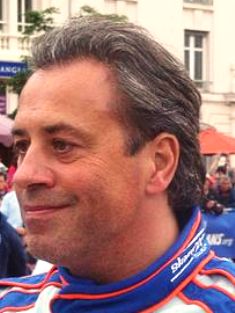 In ’94 the Larrouse team (who?) were scrabbling for money to survive and found Swiss driver Jean-Denis Delatraz, who had accrued just 8 points over 4 years in F3000. Still, he had money, so Erik Comas got the boot and Delatraz got a drive in F1. In his first race in Australia he was 3 seconds off his fellow pay driver, Noda, and by the time his car conked out on the 56th lap, he had been lapped ten times by the leaders. BBC commentator Jonathan Palmer said “Delétraz has no business in Formula One”. That should have been the end of his career but late in ’95 the Pacific team were broke and crossed their fingers. “We will work hard together to make this a competitive end to the season” he said, while doing up his seatbelt harnesses really tight so no-one could winkle him out of the car. He managed to stall right on the racing line during qualifying and in the race was losing 13 seconds a lap to leader Couthard, DNFing half a dozen laps later because his arms ached from steering. An appearance at the Nurburgring was his last outing; he was broke. 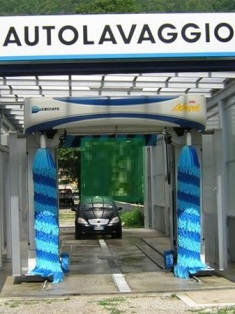 Giovanni Lavaggi, or Johnny Carwash as the Sicilian was known when out of earshot, worked hard to get a seat in F1 with the struggling Pacific team of ’95. This season yielded 4 starts which resulted in 4 DNFs, thanks to two instances of gearbox failure and two accidents. Next year he was back with Italian minnows Minardi, although he didn’t even qualify for his first race thanks to being so slow. Still, he didn’t crash, like he did on his next outing at Hungary, then he was too slow to qualify in Belgium, broke down after just 6 laps in front of his home crowd in Italy, came last-but-one in Portugal and didn’t qualify for the last race in Japan. He’s still out there, somewhere in motorsport’s lesser leagues, but we won’t see him in F1 again, According to his own website, Johnny Carwash is single and his favorite drink is mango. 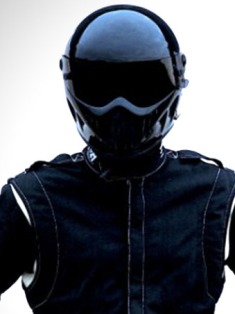 When you’ve read this page, switch off the internet and find a copy of Perry McCarthey’s book, “down and out in formula 1”. The man has no shame. He begged, borrowed and bullshitted (bullshat?) his way into F1. He was forever chasing sponsorship. I admire his chutzpah greatly. He once phoned a big potential sponsor pretending to be James Hunt, saying, in his poshest voice, that he wanted to bring along a young protogee called Perry McCarthey who should be sponsored. He turned up for the meeting and told the receptionist that, sadly, James Hunt couldn’t make it. Mr Big invited him into his office, realised he’d been duped, then told him to f*ck off. In an age before internet, McCarthey used to use scissors and cellotape to edit his iffy race results in the paper, before posting photocopies to his unwitting sponsors. His book is brilliant. His record in F1 is not. In a dangerously bodged second hand Andrea Forti in ‘92 he didn’t make make qualifying on 7 of the 8 occasions he entered. On the 8th attempt, bursting with excitement at finally arriving in F1, he managed 18 metres down the pit lane before the car went pop. He said “I had understeer as I came out of the garage, which turned into snap oversteer, but I held it fine.” You can buy his book here: 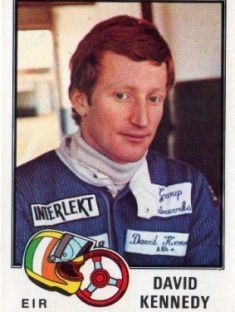 Apparently, he doesn’t give a stuff. 7 races entered and 7 DNQs. Irishman David Kennedy now commentates for RTE and writes for the Irish Independent and looks back fondly at his taste of F1, even if his race weekends were always over by Friday. The shadow F1 team had just about held their own but come 1980, when Kennedy signed, they were struggling. Wranglings between Arrows, Shadow, Theodore and money man Teddy Yip meant they never got their cars right. I have a friend in Brighton with a Poodle called Teddy Yip. I digress. Shadow’s DN11 and DN12 cars were badly designed and couldn’t manage the ground effect that everyone else seemed to have mastered. Shadow came unstuck, literally and financially. Kennedy didn’t mind. Life is safer in the commentary box than in a badly built, underfunded ‘80s F1 car. 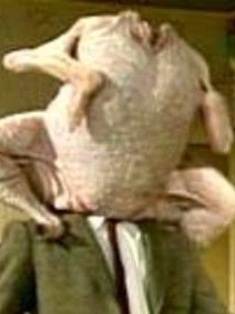 Another pay driver. No mysterious businessman bankrolling him though, Campos’s pesetas came from the family poultry business. Campos’s first big win was not in karting, but in radio controlled cars in Spain. Paying his way into an F1 drive in ’87 he failed to qualify three times, crashed off twice, ran out of fuel and then phoned in sick. He did, to his credit, manage 6th place at Jarama. On his first race, Brazil, he missed the weight check and was fined. On the warm up lap he took his helmet off to fit earplugs and was black flagged before he had even moved. During qualifying at Monaco he crashed and when walking away from his car, fainted, falling over and concussing himself. The Doctor prevented him from racing. His results during his 2 seasons in F1 were fowl (sorry). Of the 21 races entered only two resulted in anything other than disqualification, DNF, DNS or retirement. In one of the two his was the last car running, the other he was last but one. He should have stuck to tinkering with Tamiya. 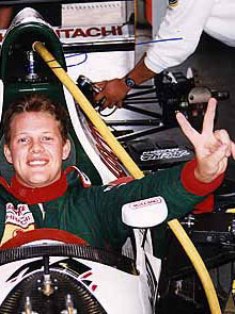 In ’88, Belgian Phillipe Adams raced in the European Opel Lotus Championship, coming in 31st. Bailiffs seized his family Nissan. He went to Japan in ’91 where he entered one F3000 race. He didn’t qualify. You’d think he’d give up after that, wouldn’t you? No. He supposedly had half a million dollars in sponsorship and ousted Zanardi to drive for Lotus at Spa in ‘94. Gossip in the paddock wondered where all this money was coming from. Other sponsors were so concerned that they requested that their logos, which they had paid handsomely for, were removed from Adam’s Lotus (!) In the race, predictably, he span off after 15 laps. They asked Adams where his money was. He put his helmet on and pretended he couldn’t hear them. Next up was Portugal where he qualified last but one and finished last but none. Adams’ money never materialised. I don’t think it ever existed. Lotus, cap in hand, went back to Zanardi. 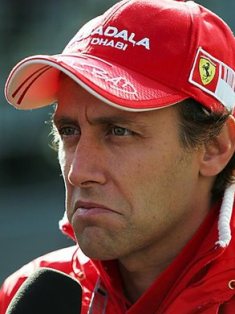 Like many racers Badoer learned to race in karts, winning the Italian championship in the 100cc international class in ’88, a title which sounds less impressive the more you look at it. From there he went through F3 and actually won the F3000 championship in ’92. Next; F1. Badoer drove for Lola BMS, Minardi, Forti and back to Minardi without scoring a single point. His best result was an impressive-on-paper 7th in San Marino in ’93, but there was only Johnny Herbert behind him with a broken engine and an aimless Aguri Suzuki. Nearly 40 races and the best result over 4 years is finishing in front of just 1 car. None of this was his fault. In ’99 he drove (not that badly) for Minardi but then came the big call up. Someone at Ferrari took a shine to Badoer and he became test driver. Even more startling was his call up to Ferrari in 2009 when Massa was injured. He hadn’t raced in F1 for a decade. It didn’t go well. Ferrari, ashamed of the results with what wasn’t a bad car at all, finally put him out to pasture in 2010. His record is 50 starts and 2364 laps, without scoring one single point. He blamed the media. When spoken with a gumshield in, with a Chinese accent, ‘Luca Badoer’ sounds like ‘look how bad you are’. 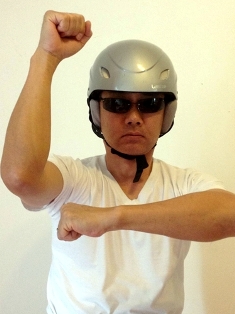 Racing is a serious business and it’s most successful drivers are often, frankly, seriously dull. Fortunately for us, Taki Inoue was neither successful or dull. His debut in ‘94 lasted 3 laps in a Simtek at his home race at Suzuka before ending in the gravel. His accidents were almost slapstick. Being towed by a Renault Clio safety car during practice in Monaco he crashed onto his roof whilst on the end of a tow rope. Everyone has seen the footage of him being run over by a safety car in Hungary when trying to fetch a fire extinguisher to put out his flaming Footwork. His best result was an 8th in the Italian Grand prix in ’95, a race where he caused Schumacher and Hill to crash into each other. He later signed for Minardi but gave up when sponsorship failed to materialise and went back to Japan. But then he found Twitter and we fans found a racing driver with a rare wit and brilliant line in self-deprecating jokes. We’re big fans of Taki. See his Twitter madness here.

A final question, now; If we got this lot together, same car, same track, and let them loose for fifty laps – what order would they finish in? Leave us a comment, the best reply wins a MotorPunk sticker.

Massive thanks to the now sadly defunct ‘F1Rejects’ website, pics nicked from Wikipedia and Flikr (with CC).