If like me, you find yourself with a little too much time on your hands at the moment you might find the classic cars section of eBay an irresistible draw for a spot of cyber tyre kicking on the hunt for a potential project.

There are classier sites and arguably, better sites for project cars, but I can’t help it. For me, eBay Classics is the burger from a greasy take away van. You know it’s overpriced and it’s not good for you, but in the moment, it does the job, even if you might feel a bit queasy later.

Here are three unlikely candidates from the classics page for your entertainment.

If you’re looking for something that says poverty in French, try a 1.3 Renault 12. Seller Sharpesoffroad2014 has a white base model 12 complete with a clean vinyl interior and the promise that it did run and drive six months ago. It’s crusty around the edges in a genuine used survivor way and it’s rare enough to make it a stand out impoverished classic snotter. I’m clearly not the only one that thinks this. There’s five days to go and bidding is busy, currently hovering at just over a grand.

In the fantasy league of tyre kicking, there’s a 1965 Maserati Quattroporte. One eBay dealer, Day Autos in Brentwood, has this one up for 17.5K. One of only seven RHD cars built, this Maser exudes sixties GT cachet, boasting Frua design in a Vignale body and a 4.1 V8 engine. Sadly, it also looks like it was exhumed from a crypt. Purchased in 1965 by Harry Oppenheimer of de Beers, it was a present for his new son in law, a Glaswegian rugby player. Later on it was sold to South African racing driver, Paddy Driver. What happened to it after is one you can puzzle over as you try to put it back together. Most of it is in boxes, including the engine and transmission. As the pictures suggest, you might need a spot of bodywork and paint too. If you, like its original purchaser, own a diamond mine, and think lockdown might last for several years, this could be the project for you. 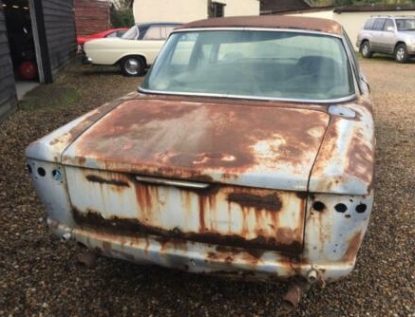 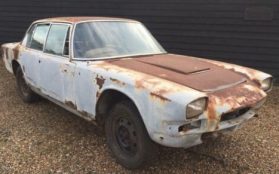 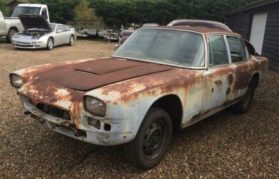 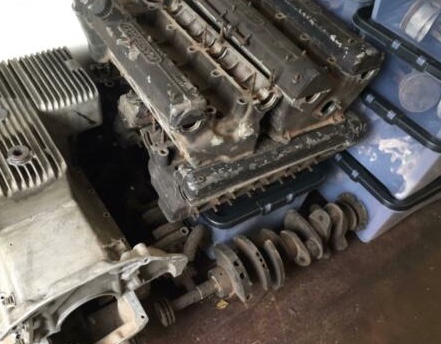 However this weeks winner has to be eBay seller ‘TenHammersMike’ for his Reliant Rebel and his no nonsense advert, a portion of which I present here;

“Please restore it or cut it up and fit a Hyabusa engine, whatever you want. I’ve had several people want the engine and axle for a trike or a Hillclimber.

You can drive this on the road, but No, you wont want to drive it home unless you live in Norwich, its fast up to 45mph but that’s about your lot, its uncomfortable, draughty, probably has spiders, maybe even a mouse. So a trailer or transporter is the way to go.

You, sir, are a true MotorPunk. 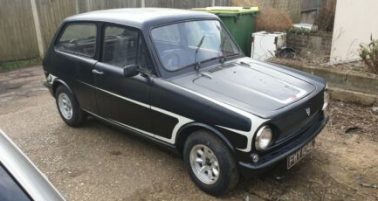 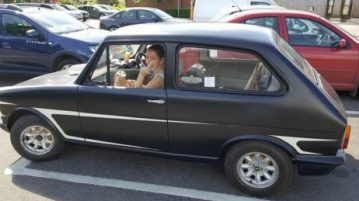