When friend of MotorPunk and all round fruitcake, Bjørn, invited me to see his latest purchase, I nearly declined. A masochistic approach to motoring means that his previous purchase was an old Freelander (scrapped) and the one prior to that was another old Freelander (scrapped). Now, I don’t mind smuggling Land Rover parts up to Norway now and then to help keep Bjørn on the road but I’m not swallowing another condom full of head gaskets for anyone. Fortunately his latest 4×4 is something far more acceptable. In fact, it’s bloody brilliant. It’s a Volvo Laplander and I got to drive it. 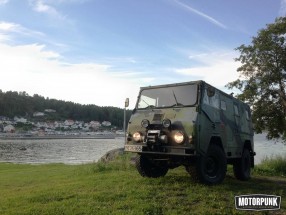 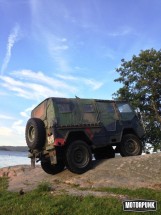 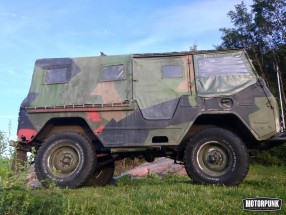 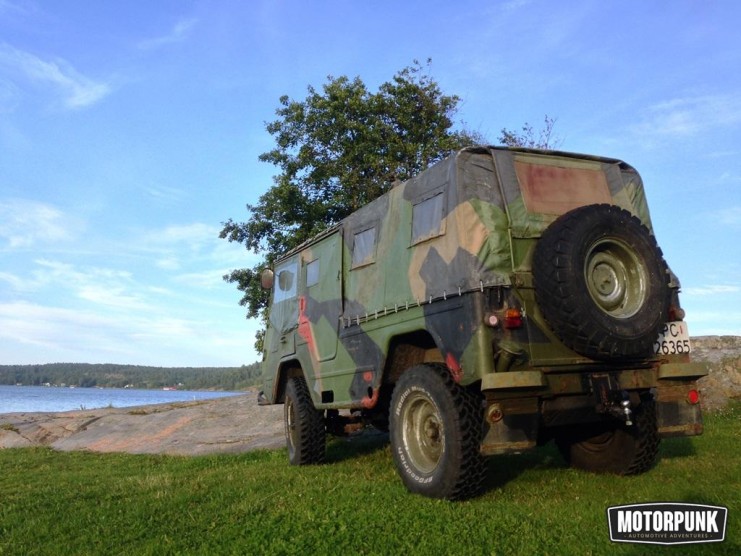 Launched in 1961 for the Swedish army, the Laplander is a simple 4×4 sitting on leaf springs and powered by an 82BHP B18 engine also found in the Volvo Amazon. The bodywork is welded 3mm steel and the whole shebang weighs c.1600Kg. This is the Pltgbil model (which, in Swedish, means Pltgbil), with the canvas top and windscreen folding down so it’ll fit in the back of a cargo plane. This example is mechanically excellent and cosmetically battered. Those white spots you see inside is daylight coming in through holes in the bodywork. Inside the cockpit is a metal cover over the engine which can be accessed on the hoof and a skinny, bus-flat steering wheel. It’s a cab forward design, with the brake pedal wedged against the steering column and brakes that will only rub a smidgen of speed off, when going slowly, uphill, and simultaneously clutching at passing scenery with your bare hands. The steering feels like you have prosthetic arms and are arm-wrestling a drunken bear. There are levers for diff control but I was too busy grappling with the grizzly steering to use ’em as I barged down the hill from Bjørn’s place and through the woods on a test drive, laughing like a lunatic. 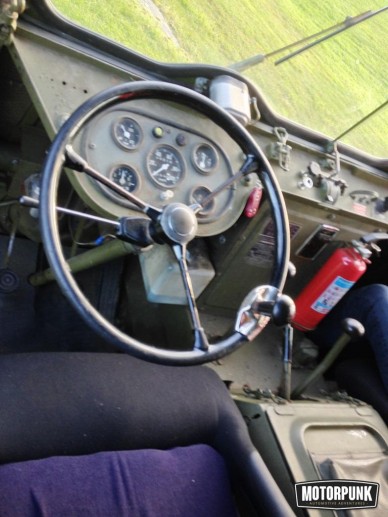 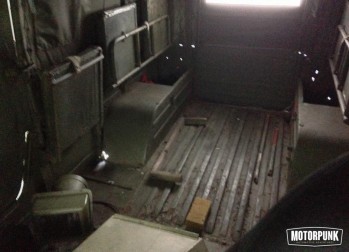 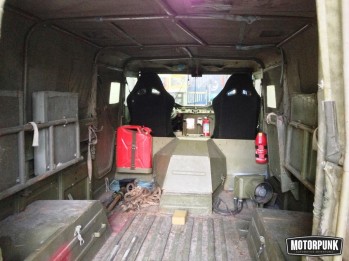 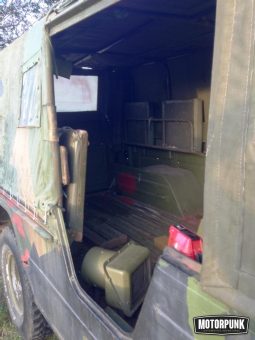 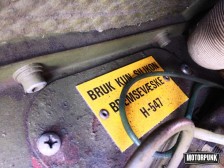 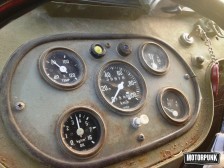 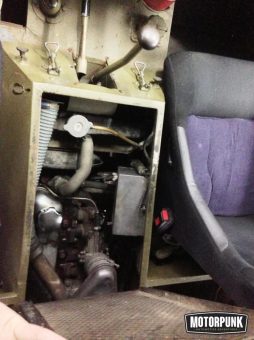 There’s a technique needed when you’re on the move. The brakes are mainly for decorative purposes and the steering should be attempted a few hundred meters before you need it. It’s actually much quicker than you might think and, not stressing about collecting any stone chips, I twatted through the undergrowth, eventually emerging from the forest at speed at precisely the point a family had been enjoying a picnic. Across overgrown fields and a children’s playground to squeals of laughter (me, not them) I managed to rein in the Laplander just before we ended up in the Fjørd. Bjørn reckons these might float. I didn’t want to try. 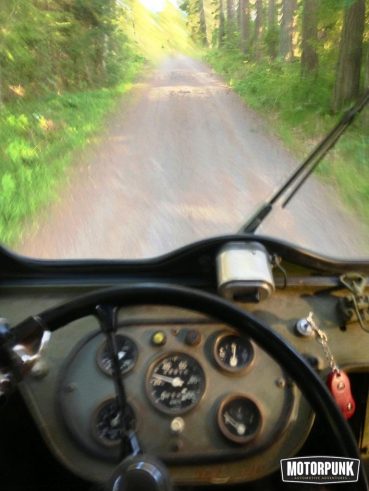 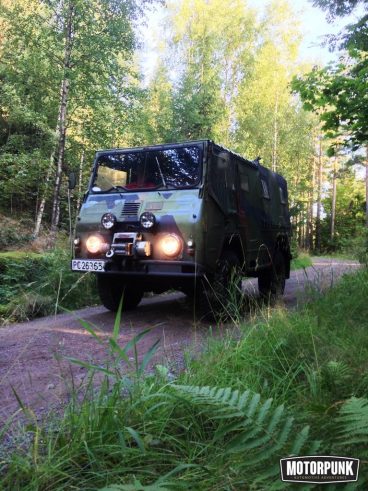 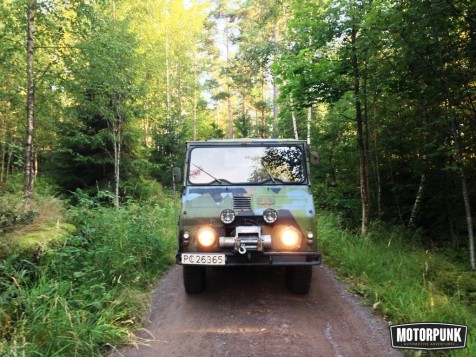 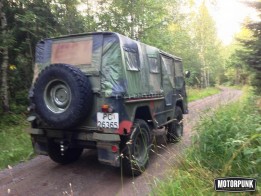 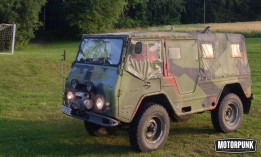 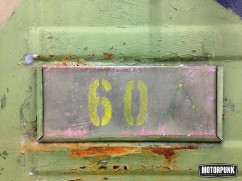 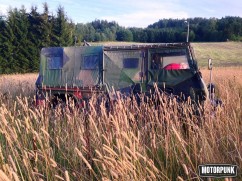 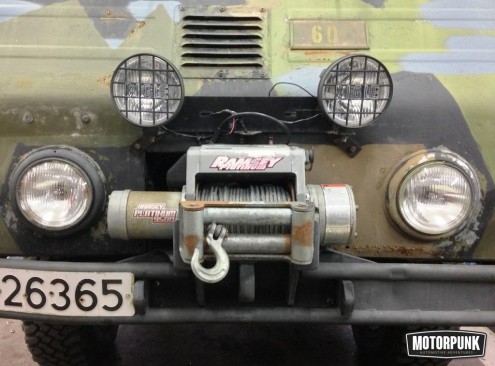 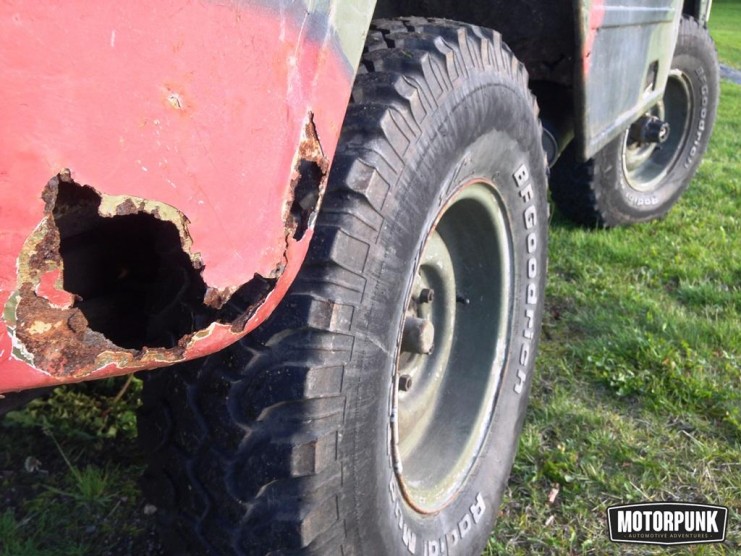 This was honestly the most fun on wheels I’ve had in ages. It may seem like oikish behaviour but the Laplander is the acceptable face of four by fouring. It’s no-nonsense. There’s no pretence, no ‘lifestyle’ connotations, no silly image, no ‘one life live it’ rubbish and no head gasket worries. You can reliably crash through the scenery at random. Kids point and laugh and grown-ups smile, even when you drive through their picnic. Only Volvo could create something like the Laplander. Certain models came with an anti-tank gun fitted on the back. How socially acceptable is shooting Freelanders?