Tie ups between film producers and car manufacturers are nothing new; in fact, they’re big business, but to refer to the DeLorean DMC-12 as the “Back to the Future car” would be doing it a huge disservice. A chassis related to the magical Esprit, sharp styling by Giugiaro and a 2.8 V6 engine in the back should have been headline features yet it’s seemingly best known for its cameo in a crap film about a kid in a bodywarmer with an Oedipus complex.

The story of how the company was created is worthy of a film in itself. DeLorean, the man, was an ex-General Motors supremo who got his paws on a colossal grant from the British Government to build a new factory in a troubled Belfast to make a radical new car for the American market. DeLorean DMC-12, the car, was the result. The 12 signifies $12,000, the original price intended for selling the car.

The 304 grade stainless steel bodywork is the most striking feature of the DMC-12; it clads a plastic body sat on a classic Lotus chassis. Structurally you might think this is a bit of an exoskeleton affair – all inside out – but it’s fundamentally a physically robust thing. One owner has clocked up 350,000 miles in his.

We might not be talking about ‘that’ film, but we have to talk about ‘that’ quality, for the DMC-12’s original build quality was pretty shocking. The deal between the company and dealers meant that warranty work was handled very badly (if at all) and the lack of experience on the factory floor meant that nearly all cars left the factory in a far from satisfactory condition. DeLorean originally intended the car to have 200 BHP, a fairly modest figure for a sports coupe even then, yet the car ended up with a paltry 130 BHP – giving lethargic performance. The gullwing doors looked great, but the interiors shed trim, there were electrical issues aplenty and, despite building approximately 9,200 cars, and just two years after production started, the company was in deep dung. The DeLorean dream quickly unravelled; the man himself was the target of an FBI drugs sting, £10 million went missing and had Lotus’s Colin Chapman not died of a heart attack he would have probably ended up with a 10 year stretch inside for his involvement. The Company went under. And that, really, should have been the end of the DeLorean DMC-12. But it is not. 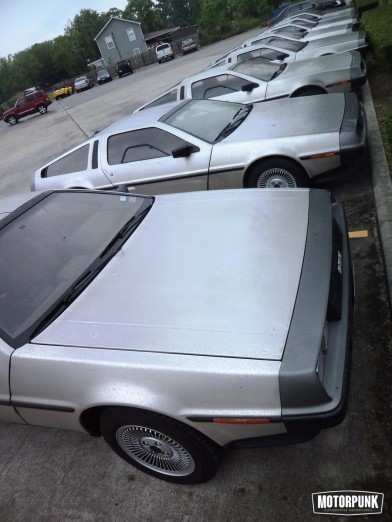 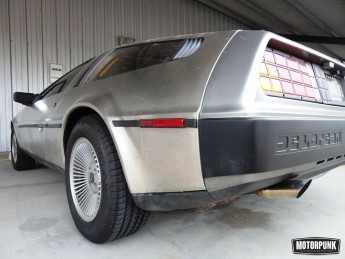 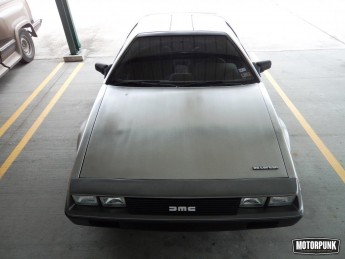 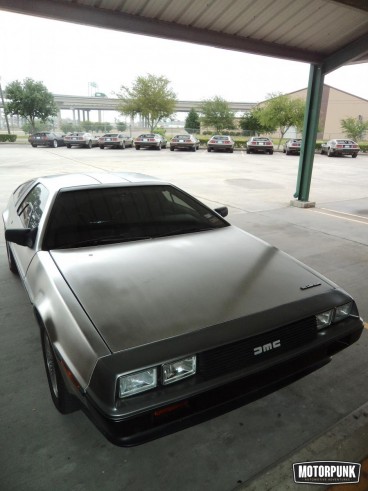 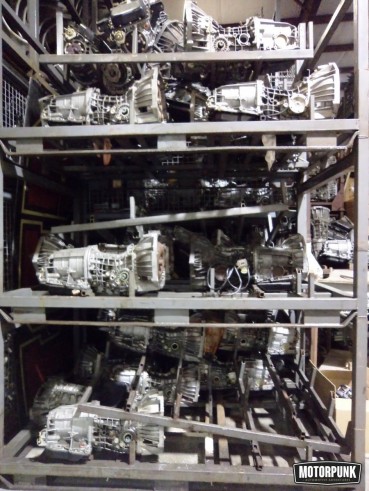 My plum coloured passport states, “Her Britannic Majesty’s Secretary of State requests and requires in the Name of Her Majesty all those whom it may concern to allow the bearer to pass freely, without let or hindrance”. At Houston airport a fat oaf in a Polyester uniform two sizes too small silently mouthed this as he read it, stamped my passport, and welcomed me to Texas. DeLorean’s dream of making a unique car for the American market is alive and well today, albeit situated in Texas instead of Belfast. I decided to pay them a visit.

Delorean’s Steve Wynn has been living in Houston for some years, restoring French and British classics; like many Texans he has suspiciously good hair and teeth, but over a coffee a hint of a Merseyside accent pokes through his Texan twang. He’s an ex-pat, a canny businessman and proper petrolhead. He picked up the remains of the DeLorean business around 2007 and opened his own factory. There is a huge stock of unused parts from the original factory, spares from crash-damaged or scrap cars, and plenty of the V6 “Douvrin” engines which are found elsewhere in Peugeots, Renaults and Volvos. This ‘new’ DeLorean business is doing rather well. Steve and his team will build you a new DMC-12 from new (or old if you prefer) parts for around $80,000. They sell spares and service DeLoreans in a factory with a huge stock of stuff; many boxes still bear Belfast delivery addresses still on them and chassis, engines and panels are carefully stacked ceiling to floor. Even the DMC- 12’s component parts look cool. The amount of cars originally produced, and still in use, came as a surprise to me. I think they look even better now than they did back in the day. Time has been kind to the styling.

And so to the parking lot where Steve’s own DMC-12 sits opposite a long row of customer cars. How do they drive then? The gullwing doors swoop open. John DeLorean was a 6’ 4” beanpole with a long reach, but most drivers need the strap to tug the doors shut. Me included. “Whump”. The DMC-12 has a comfy but snug cabin, about half of them had auto boxes; it’s more luxury GT than sports car. It’s a wafter to drive. The engine sounds good, even if it is a bit breathless, and the heft of the engine behind your back makes the front end seem a bit vague. No 50/50 weight distribution here. People stare. It really does look good, but it looks better than it drives. The Traffic Light Grand Prix is best avoided – this is V8 country. It’s pretty flat around here and there are no Pike’s Peak style twisties to play on. But it looks good and therefore makes you feel good. Financial foibles aside, John DeLorean knew how to make a driver feel special and that’s a rare skill. 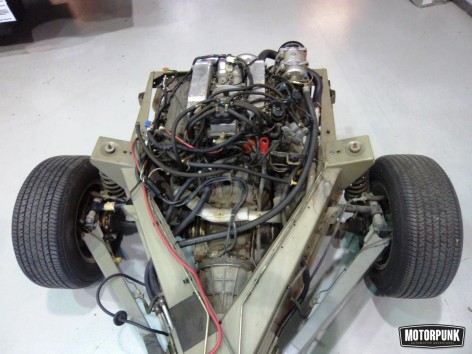 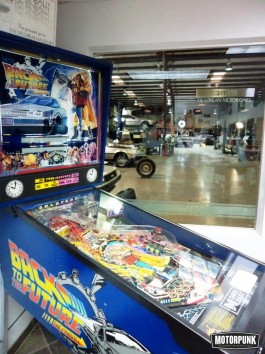 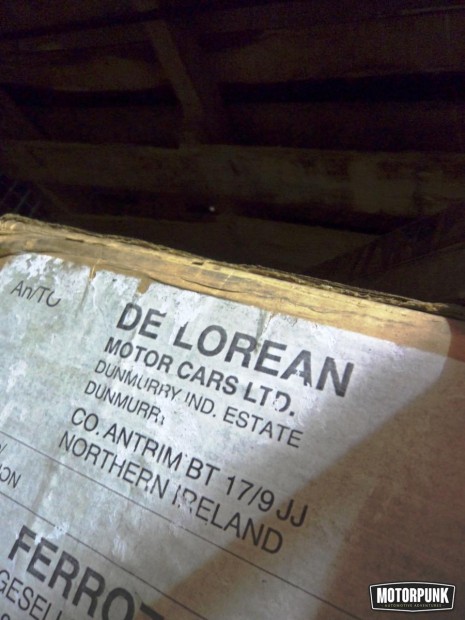 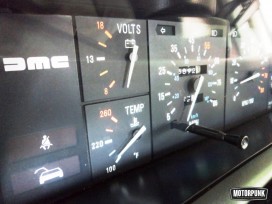 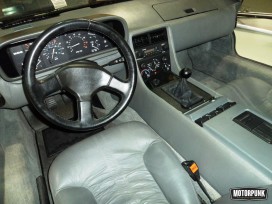 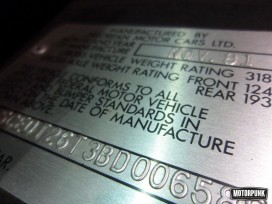 There’s a flourishing scene for modifying these and unsurprisingly the engine is a good place to start. A V8 from a late Esprit seems the logical choice – an LS1 engine is tricky to install but offers lots of (too much?) grunt. But a more common route that DMC-12 owners tend to take is forced induction. DeLorean had a Customer’s car in for some work with a Sprintex supercharger, taking the engine to about 200BHP, but I think that’s rather missing the point. This isn’t an outright sports car; it’s a cool and quirky GT car that looks as good here in Texas as it would on Teeside.

Back in the factory DeLorean are looking to the future (pun unintended); there’s a GRP bodied model in the showroom. There’s also an electric version planned with one car built and more in the pipeline. Steve’s logic is that the DMC-12 isn’t really a performance car; owners don’t tend to do long distances in their cars and the marque is famous for its futuristic high-tech design. I’m no fan of EV’s but I really can’t argue with his logic. As I stand in reception, with pictures of John DeLorean staring down at me, a customer arrives to collect his new DMC-12. He’s grinning. Texan teeth. Happy chap.

In the 1980s DeLorean built a gold-plated version for American Express, planned a four-door model with quad gullwing doors and cobbled together a few RHD cars in an aftermarket deal with a UK coachbuilder. They took a fundamentally good design and business idea and went rather silly with it, with catastrophic results for the company. Today, DeLorean, under Steve’s ownership, offer sympathetic development of a classic design that retains that rare feel good factor. The future of DeLorean looks good.

Interestingly, just a few days before I visited Steve’s place, a recently acquired door was stripped and an amazing piece of history was unearthed. A message, daubed in marker pen, read: “THIS IS THE LAST RIGHTHAND DOOR TO BE MADE AT D.M.C. IT WAS MADE BY B AGKINSON. BRIAN BOYLE. PHIL GOUGH. HUGH BARRETT. R.J. COWDEN. K FERRIS. BOATMAN. THE END OF A DREAM. OR IS IT?” Today, the DeLorean dream lives on in Texas. 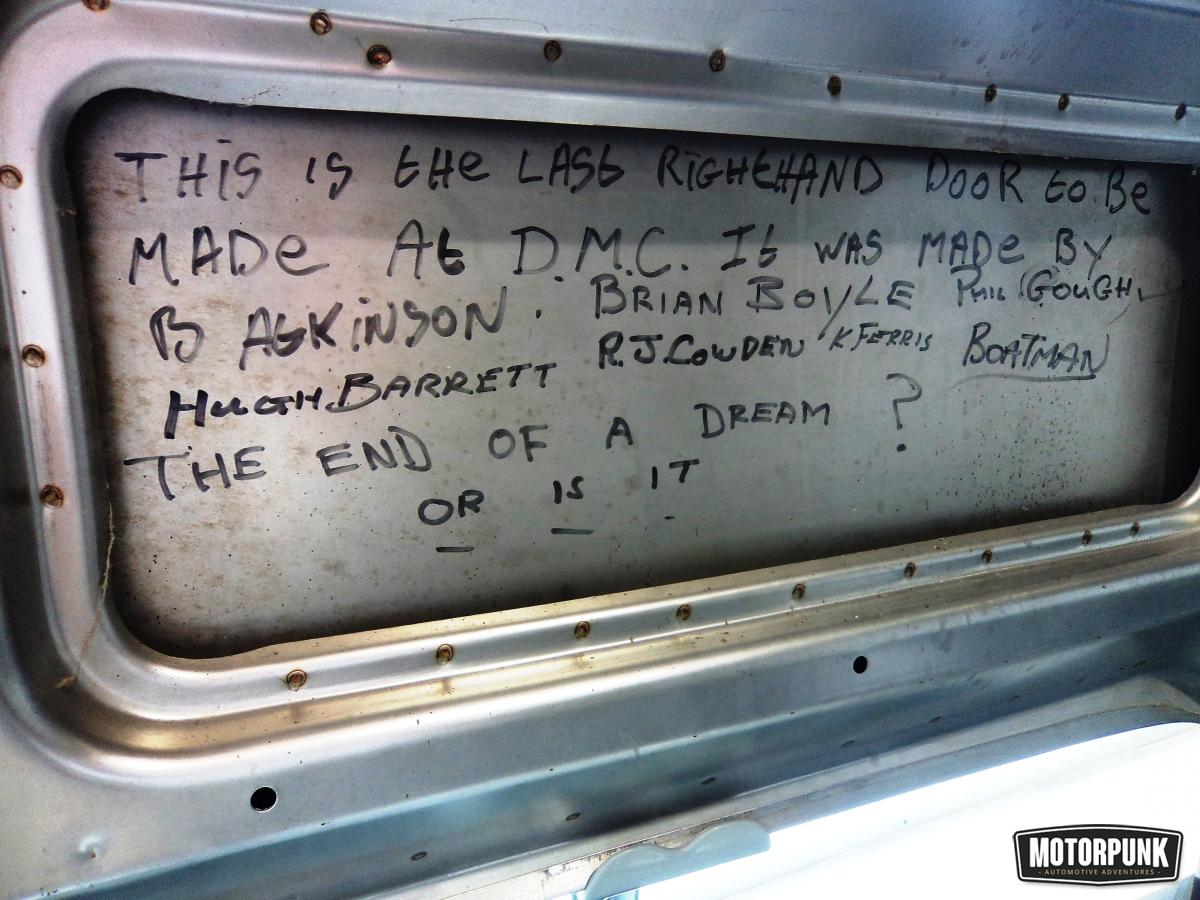