A hundred years ago, two Kiwis decided to get into the taxi business. It wasn’t your average Uber. Their drivers were an international bunch of hell raisers who wrestled V8 Cadillacs across 600 miles of inhospitable desert, delivering mail and VIP’s between Damascus and Baghdad, whilst dodging the elements and desert bandits.

New Zealanders, Norman and Gerald Nairn, ran a Harley Davidson dealership until the Great War saw them both serving in Palestine. Afterwards they stayed on, selling surplus army vehicles to the locals. Having made a few quid they tried their luck importing new vehicles into Egypt just as a recession hit. Stuck with unsold cars, they ran a courier service linking Beirut and Haifa for mail and paying passengers. The distance was 110 miles and there was no road. Using Willys Overland and Model T cars, the journey took 19 hours. The cars took a hammering but the route was popular. Norman Nairn introduced Stanley Steamer cars for fuel frugality, however the local grubby water damaged the Steamers boilers, making maintenance and reliability a headache. Better resourced competitors ate into their thriving market. The two entrepreneurs closed down their service in a little over a year. 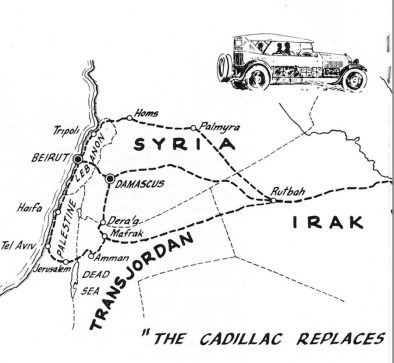 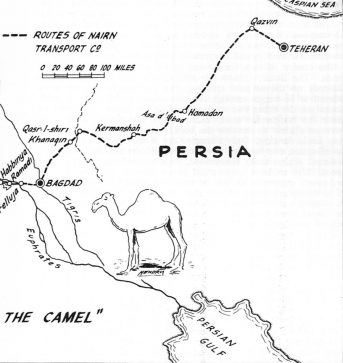 However, another route offered an intriguing possibility. The French controlled Syria. The British controlled its neighbour, Iraq. Getting civil servants and mail to and from the government seat in Baghdad was a lengthy, convoluted process. If the brothers could run a two way service from British controlled Baghdad to French controlled Damascus, it would shave ten days off the travel times. There was only one route that offered potential. Unfortunately it was also the least desirable and had long been dismissed. It meant crossing the bandit infested Syrian Desert. It was a desolate terrain of gravel and soil dotted with hidden, car breaking wadis. Wet and muddy in winter, it was dry and baked in summer with only two watering holes in six hundred miles at Ruhbat and Ramadi. The only man to use this route was an Arab Sheikh who drove his camel train along it, paying off the pesky Bedouin bandits with protection money.

In 1923, with paid help from the Arab Sheikh, they conducted a series of reconnaissance trips along the route with a mix of cars, including a Lancia, an Oldsmobile, and a Buick. After convincing reluctant British authorities in Baghdad, they went into business. They needed a car that would be able to travel at speed across the desert, large enough to carry mail and passengers in relative comfort and with maximum reliability and uncomplicated maintenance. The Nairn’s settled on the Type 63 Cadillac, buying seven of them. The large, touring bodied Caddy was robustly built, well sprung, and with good ground clearance. Features included a V8 engine with a new improved crankshaft, a tyre inflator that ran off the engine, under bonnet inspection lamp, comprehensive toolkit, and even a cigar lighter. Crucially, for the summer heat, it possessed an excellent radiator with a powerful fan and a condenser. The Nairns removed a seat from the vehicle fitting a drinking water tank. They added spotlights, an icebox, and fitted extra fuel tanks to the running boards, running them off a custom early electric fuel pump. This way the car could run the full distance with a pair of drivers changing over. Two or three passengers could be carried in the car with a weeks emergency rations. Luggage and mail were strapped to its body. All up weight put the car over three tons. 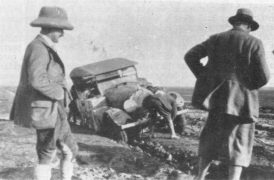 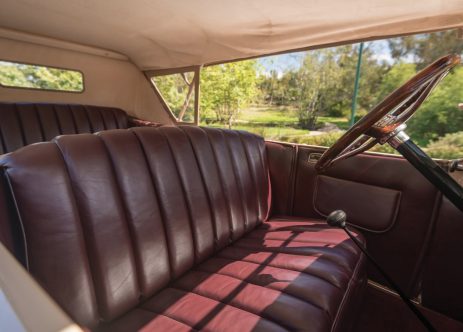 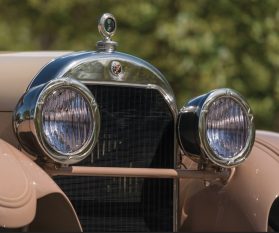 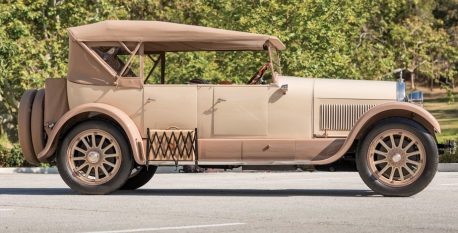 The British Baghdad government required they deliver mail in 60 hours for embarkation to Port Said. Failure incurred stiff financial penalties. With the Cadillacs able to run at 70mph for two thirds of the desert journey, they were able to make the run between the two cities in a twenty four hour period, leaving enough time for the mail to be sent on its way. The cars would run in convoy or in a minimum of pairs. Their route would take them through Ruhbat and Ramadi, where telegraph stations would confirm their progress. Desert legend said you could set your watch by the arrival of a Nairn car.

They never missed a deadline. Mail times between London and Baghdad dropped from twenty four days to nine. Passengers could be carried at £30 a head. An alternative crossing was by air, once a fortnight at £150. The Cadillacs were far more comfortable, although the journeys were not always without incident. In winter months the cars could get bogged down in the mud and all were required to assist in freeing it. Dust storms saw the co driver positioned on the bumper to give directions. In summer the same mud baked to a hard, flat crust. After a light rain it became a giant skidpan. At 70 mph, swerving to avoid wildlife could send the car into multiple spins. Drivers were nonchalant, allowing the car to continue spinning until it slowed to a sensible point of recovery. Passengers reactions covered a broader spectrum. Wild tribesmen were a persistent menace, taking potshots at the cars and occasionally robbing them, in one incident nicking two Cadillacs that were never found. Summer temperatures of 120f could cause inner tubes to melt to the tyres. They moved the service to run overnight. Tyres in any weather were replaced after one or two crossings at best. Otherwise the Cadillacs were remarkably well behaved. 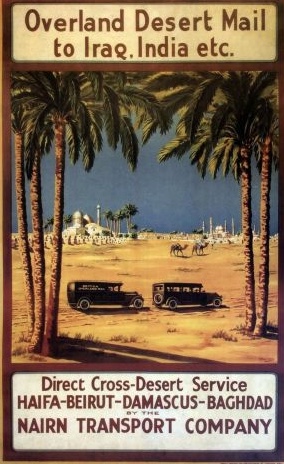 The cabbies themselves were a disreputable bunch of tough guys hailing from Australia Canada the US and Britain. On the desert tracks they were formidable drivers. Off duty they partied hard and enjoyed the company of local working girls. It got to the point the Nairns acquired accommodation for them, with female company, so that they could be located at short notice.

The service was so successful the Nairns expanded, taking on other routes as far as Tehran. By the thirties the Cadillacs and their colourful drivers were history. In 1937 they introduced articulated trucks hauling the world’s first air-conditioned trailers, delivering passengers in Pullman levels of comfort, including a dining service. In the fifties, improved air travel and regional political turmoil saw the Nairns hand the company to its employees, and retire. Gerald maintained their success was owed to the Cadillacs, regarding them as the finest cars for the job. I just wonder if there might be one of the originals still lurking in that troubled part of the world.