You know, almost instinctively, whether you’re going to like a person or not within a few minutes of meeting them. When I first met Paul Bacon he told me that he liked building pushbikes that mainstream cyclists probably hate. His business builds fantastic customised bicycles for promotional use; bikes that look spectacular, but that Bradley Wiggins would refuse to cock his leg over. Paul told me that his aim is to get people interested in bikes who wouldn’t normally give them a second glance because of their associations with lycra and sweat. I knew at this point that I liked Paul. And then he showed me his car. 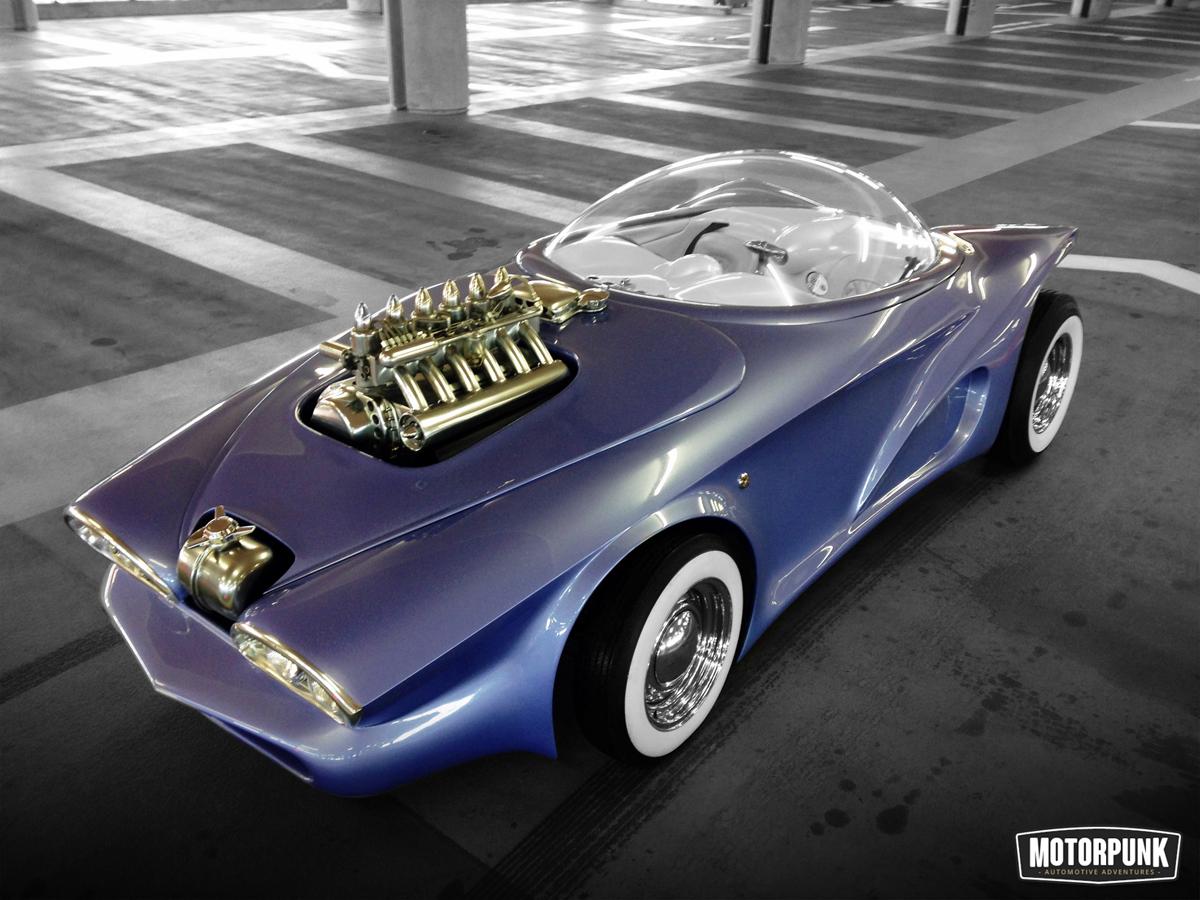 The Cosmotron is inspired by the work of Californian Ed Roth, an early exponent of car customisation, cartoonist and four-times married creative cult figure. Paul resides in the slightly less glamorous city of Leicester, where I beamed down to take these pictures. What we particularly admire here is not only the incredible artistry in creating the Cosmotron but in making it road legal without compromising on the design. For example, look at the roof; A single-piece Perspex dome, hinged and remotely operated, made road legal thanks to Paul arguing with the authorities that old Land Rovers have opening front screens too. The exposed inline-6 engine hints at its BMW Z3 underpinnings, although there are no other visual references to what the Cosmotron is built on. 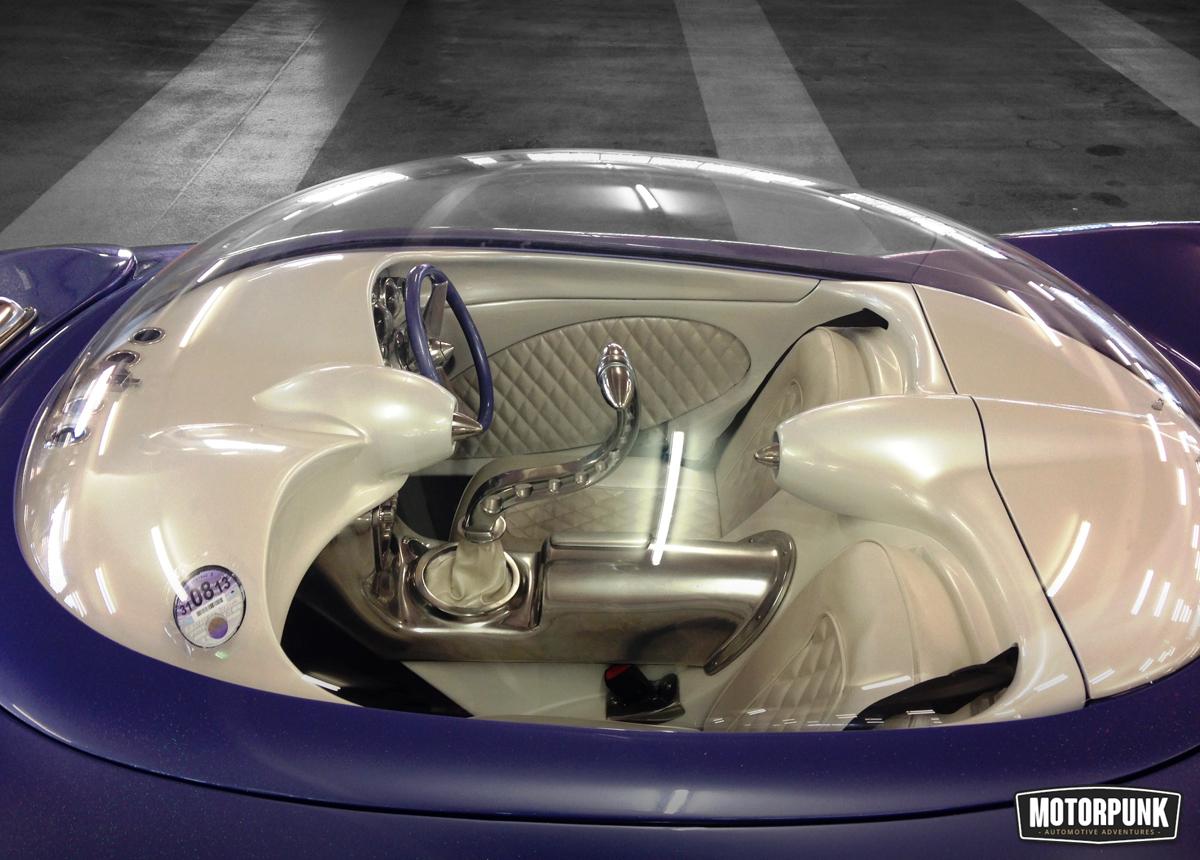 Key components were fabricated from scratch; others were soured from specific vehicles because they looked right, such as the headlamps from an old Humber. The rear light lenses are from an old Ford and are glass. The back of the Cosmotron looks like an angry alien from an 80’s video game. Style is everything. The gear lever is more than a foot long and feels like it is talking to the cogs via telex. 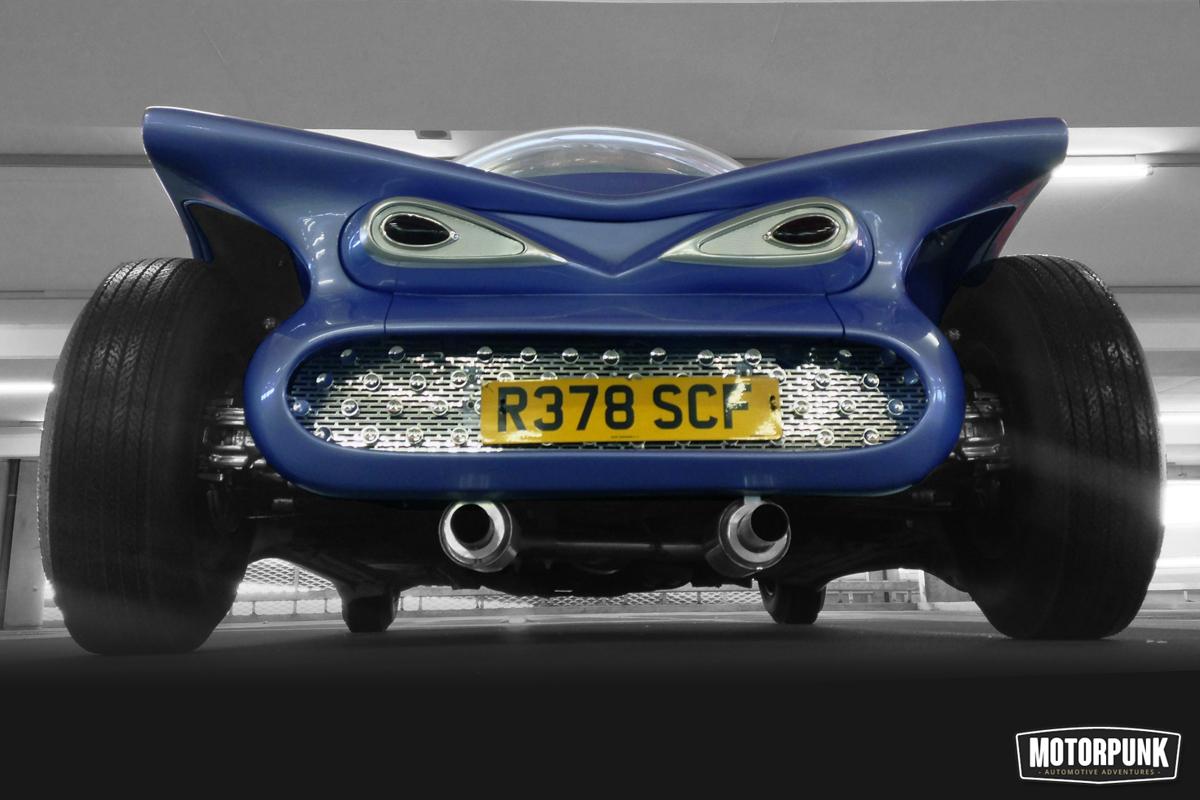 The tyres look like saucers and make the car feel like you’re driving on ice. Practical performance is secondary to the styling. Proportions, lines and details are millimetre perfect, even inside, where pleated white leather trim compliments the retro-futuristic switchgear. Door beams were welded in to add rigidity, and poking about underneath I see the Cosmotron is perfectly assembled from spotless components – this is no fibre-glass façade. 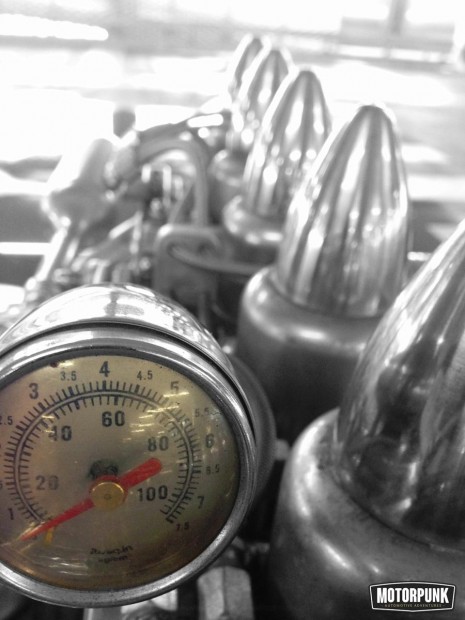 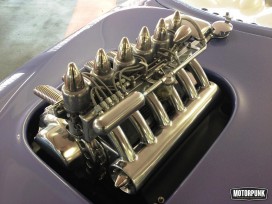 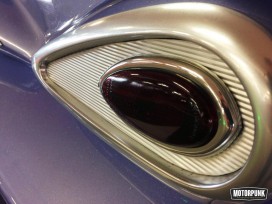 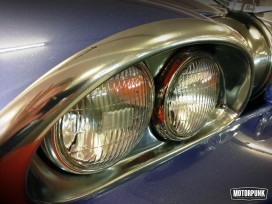 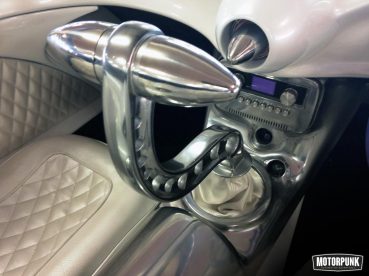 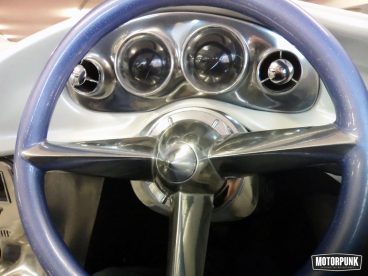 It’s the ultimate automotive expression of form over function, done for the hell of it, simply because it looks bloody brilliant. I can’t wait to see what Paul creates next, since these pics were taken he has moved to a place in the sticks with a whopping barn, Roswell style.