Sometimes motorsport heroes are linked with a furry companion. Currently we have Lewis and his bulldogs. Previously there was Donald Campbell and his teddy bear, Mansell’s bushy caterpillar, and Hunt, and his extrovert trouser snake.

All of these are put in the shade by a media-savvy French pilote who stole the flashbulbs of the press with her pet cheetah. That’s right, a cheetah, a real one, and no, there will not be any Mrs Slocombe jokes here.

A French tennis prodigy, Annie Soisbault reached Wimbledon in 1953 but decided tennis was a load of balls and racing was more exciting. Her motto was ‘To live dangerously’. For ten years she did just that, starting out as a novice racer in her own TR3 in 1957. Impressed by her speed and swagger, Triumph hired her as a works driver in 1958. 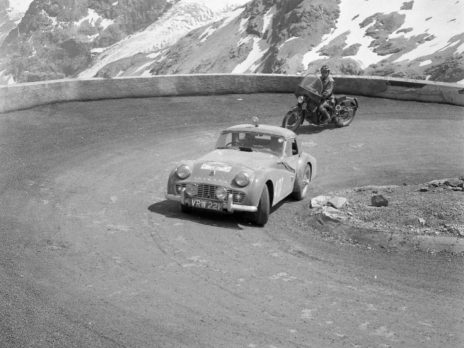 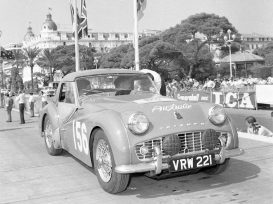 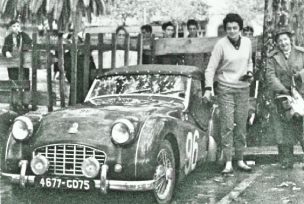 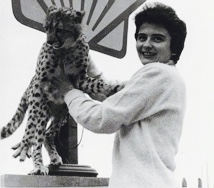 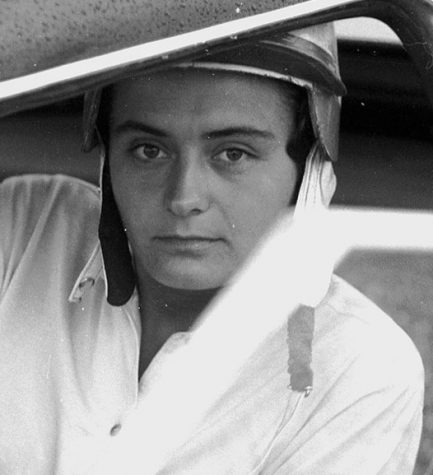 With her clickbait cheetah (called Cheeta) in tow, Annie was guaranteed publicity, whether she started a race or not. Her unabashed self-promotion mirrored a ruthless competitive streak that allegedly caused some friction with other drivers. She picked up silverware, twice winning the Ladies Trophy on the Acropolis Rally, and the Liege Rally in ’59. Although quality results on the Monte, the Alpine, and the RAC eluded her, she was twice French Ladies Champion, and claimed European Championship bragging rights in 1959 with Swedish Mercedes star, Ewy Rosqvist,

Out of contract with Triumph in 1960, she explored other forms of motorsport, including driving a Lola in French F3. She regularly competed in the ten day, 4000km Tour de France motor race, first driving her TR3, then a Facel Vega, a Porsche 356B, a 250GTO, and for two consecutive years, a Jaguar Mk2, finishing up fastest lady and sixth overall in 1963. In 1964 she could be seen in a Porsche 904, in French endurance events.

Perhaps her greatest victory was marrying the wealthy Marquis de Montaigu, a gentleman racer happy to let his new wife race his Ferrari 250GTO. She bagged a seat with the Ecurie Francochamps team in 1965, driving their Ferrari 250LM cars in races at Monza, Spa, and Rheims. Blighted by mechanical failures and an accident at Rheims, she went on to drive her own GTO at Montlhery, winning the GT class. 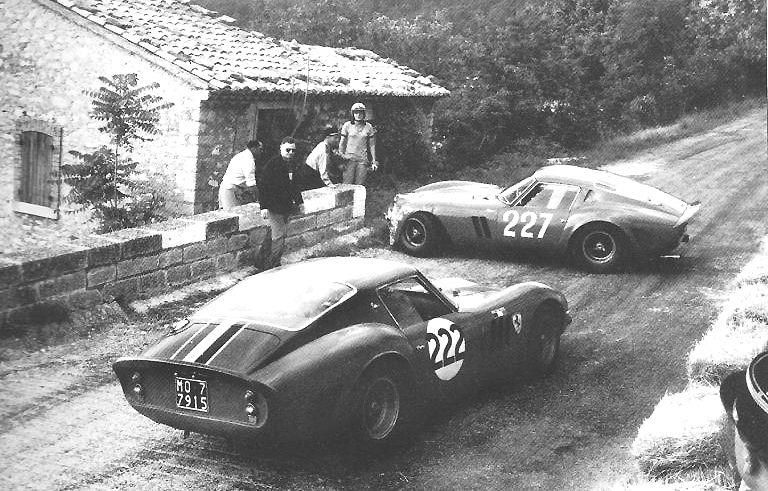 A frequent competitor at the fearsome Mont Ventoux hill climb, her best year was ’63 in the Jag, taking fifth place. Her worst was ’65, stuffing her GTO into a bridge. In 1966 she rocked up in no less than a Porsche 906 and also entered the East African Rally in a Peugeot 404, but other interests were taking centre stage.

Outside of racing, she was the MD of Garage Mirabeau, an exclusive Paris sports car dealership belonging to her husband. Annie excelled at schmoozing Bond era Astons to the rich and famous. French songster legend, Johnny Hallyday, was a customer … which, if you’re French, is a really big deal.